You are at:Home»Autotest»Ferguson Man to beat on Home Tar
By Graham Baalham-Curry on October 5, 2021
Tweet

The sixth round of the McMillan Specialist Cars Northern Ireland Autotest Championship was hosted by the Ulster Automobile Club at Ferguson’s Yard in Stewartstown.

Steven Ferguson was again the man to beat at this event, taking the win by 16.9 seconds from Mark King.  Robin Lyons had to again settle for third place overall after a mechanical failure early in the day resulted in a 20 second penalty being imposed on the Drumbo driver. The grippy concrete surface proved to be an extreme test of car manoeuvrability, causing a number of drive shaft breakages throughout the event.

In the Clubman category, with simpler tests done three times, Adam McMullan had a faultless day in his Toyota Starlet Special, taking his first category of the season by 12.8 seconds. In the Advanced category, who also complete the simpler tests three times, Noel Cochrane pipped Michael Workman at the post for the overall category win, with only 1.8 seconds difference between the two men at the end of the day.

Stewartstown’s Steven Ferguson set fastest time on nine of the twelve tests on Saturday. Robin Lyons and Chris Grimes battled it out for third and fourth, the advantage going to Robin by 5.8 seconds. It was another Ferguson who was to take the honours in Class B, Trevor in his Silvia Stryker finished ahead of Paul Lowther in class and a respectable sixth overall, one of only two championship drivers to have a penalty free day.

In the Small Saloon class, Jonni McDaid from Castlederg took his Mini to a comfortable win from Norman Ferguson, after a mechanical failure forced Andrew Earney to retire early in the day.  Jonni’s final score of 758.2 seconds left him eight overall.

The Large Saloon Class had five contenders, but as on four of the previous five rounds, Newmill’s driver Mark King took a convincing win by 35.8 seconds from Andy Blair, both in the Vauxhall Nova’s.  Series Sponsor, George McMillan, was in third place in class. Dungannon’s Gary Campbell continued to show his progression, taking the top Semi-Expert spot at back-to-back events in his immaculately prepared Vauxhall Nova. 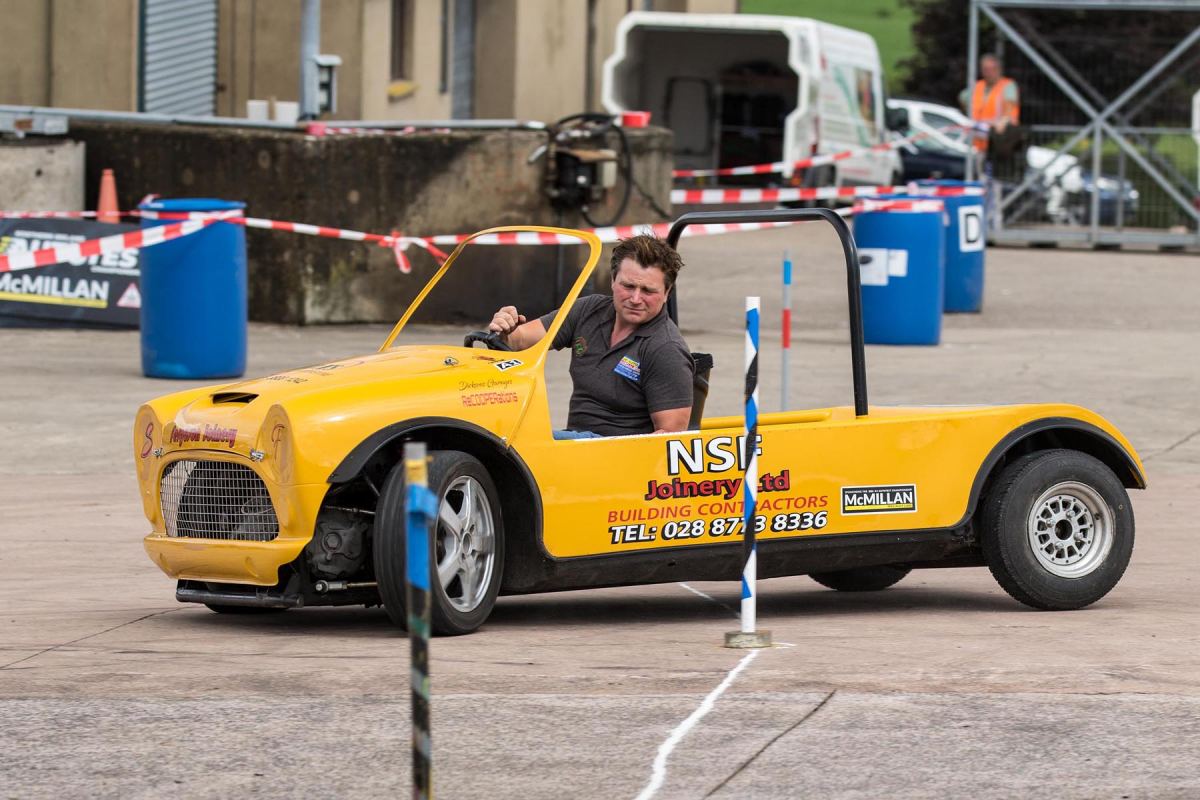 Gordon Buckley would be the solo entry in Clubman Class B in his Westfield, a clean penalty sheet would see him take the class win and finish second overall behind McMullan in the overall standings.

Clubman Class C was a battle of the McKee’s, seeing father Wallace take on son Ben in their Nissan Micra. It would be birthday boy Ben (Saturday was Ben’s 21st Birthday) who took the class win and finished third overall in the category.

Clubman Class D was all Mazda MX5’s and it was yet another Ferguson who would take the class win. This time it was seventeen-year-old Mark who finished 8.6 seconds clear of Derek Harrison, a fantastic drive from the young Coagh man left him fourth overall in the Clubman category, one to watch in the future, I think.

There was a small but highly experienced and competitive turnout in the Advanced Category.  Noel Cochrane in his home-built sport car would take the overall category win, as well as the Advanced Class B honours finishing a meagre 1.8 seconds ahead of Michael Workman, in both Category and Class. 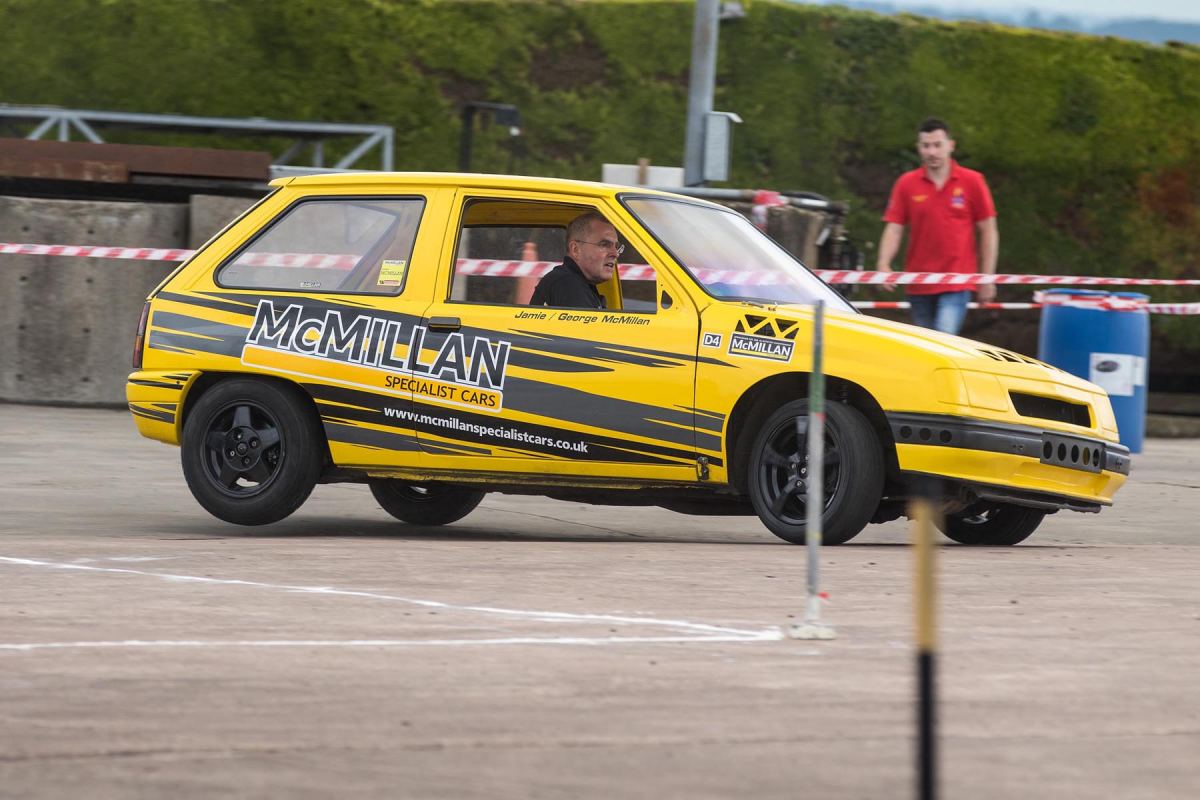 Robert Dickson would be the sole entrant in the Advanced Class C, with a failed test and further pylon penalty costing the Mini man dearly, forcing him to have to settle for fourth overall in the category.

Gareth Dillon was also the sole entrant in Advanced Class D, in his MX5, finishing third overall in the category, only 0.2 seconds ahead of Dickson.

With only two rounds to go Stewartstown’s Steven Ferguson has a commanding 8-point lead in the Overall Championship standings, with the battle for the second-place spot raging on behind him between Robin Lyons in his Mini Special and Mark King in his Vauxhall Nova. Only two points separate the two men after six rounds.

The seventh round sees a return to the North Coast for the penultimate round hosted by Coleraine & District Motor Club at the Northwest 200 Paddock on Saturday 28th August, where Steven Ferguson aims to continue his clear sweep of overall wins in the 2021 McMillan Specialist Cars Northern Ireland Autotest Championship. Can the Stewartstown man make it seven out of seven, only time will tell? 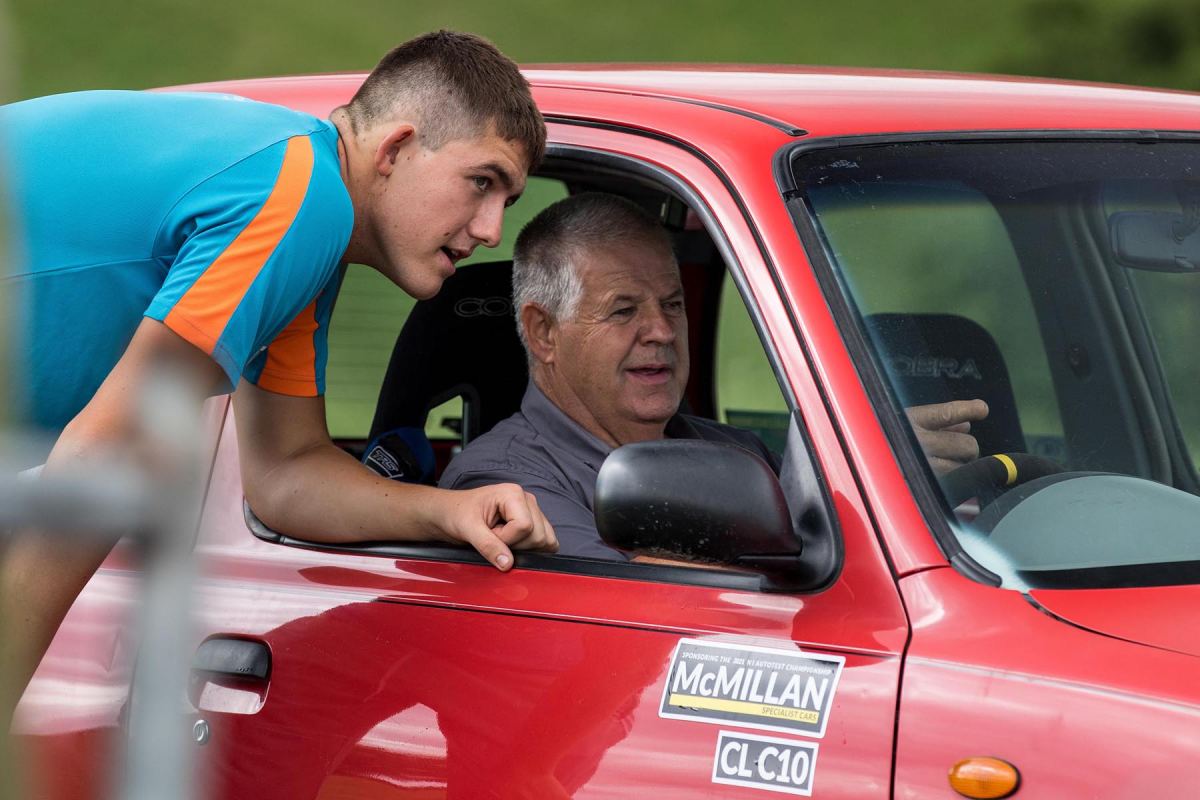 Class A – No Competitors 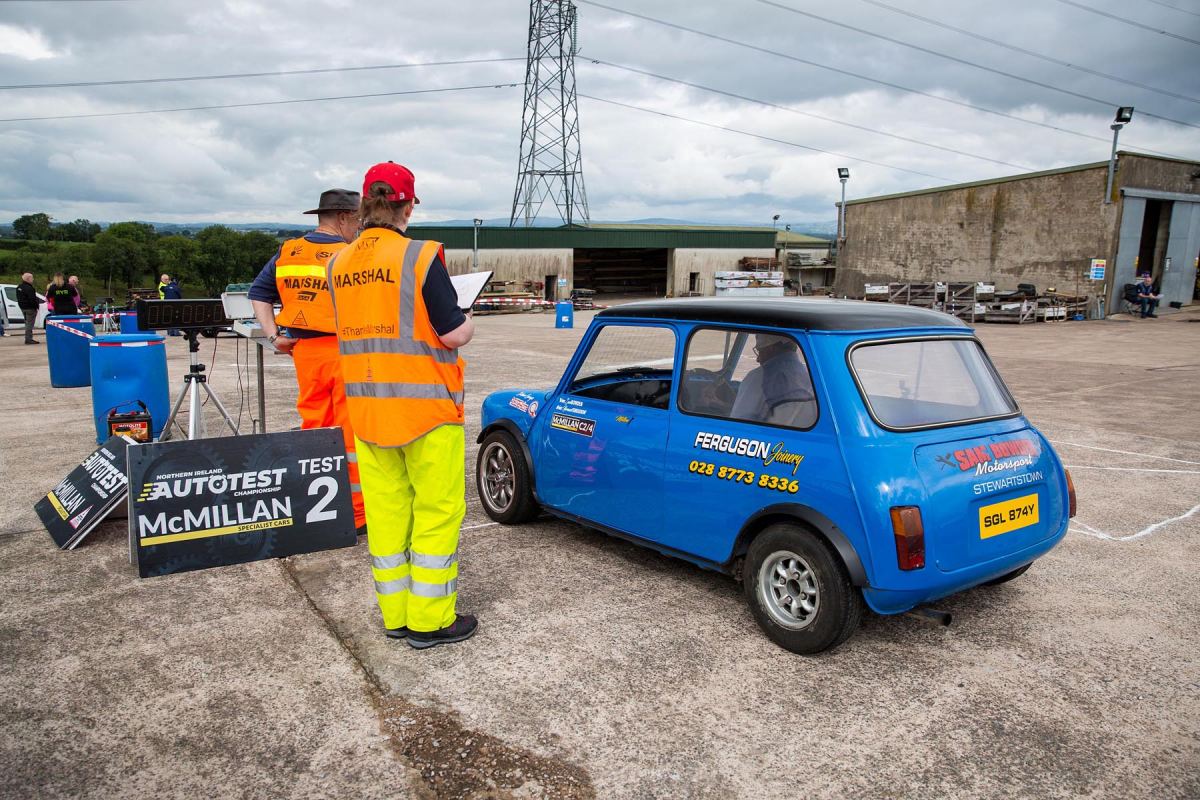 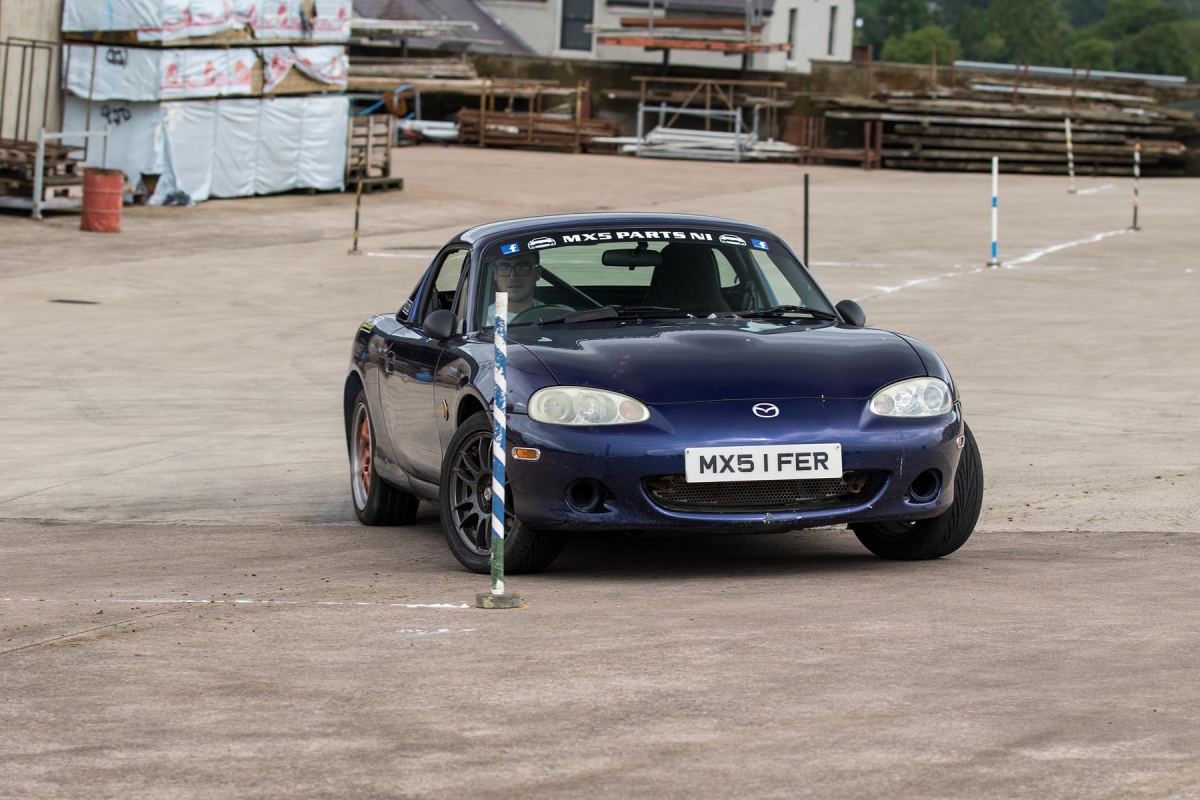 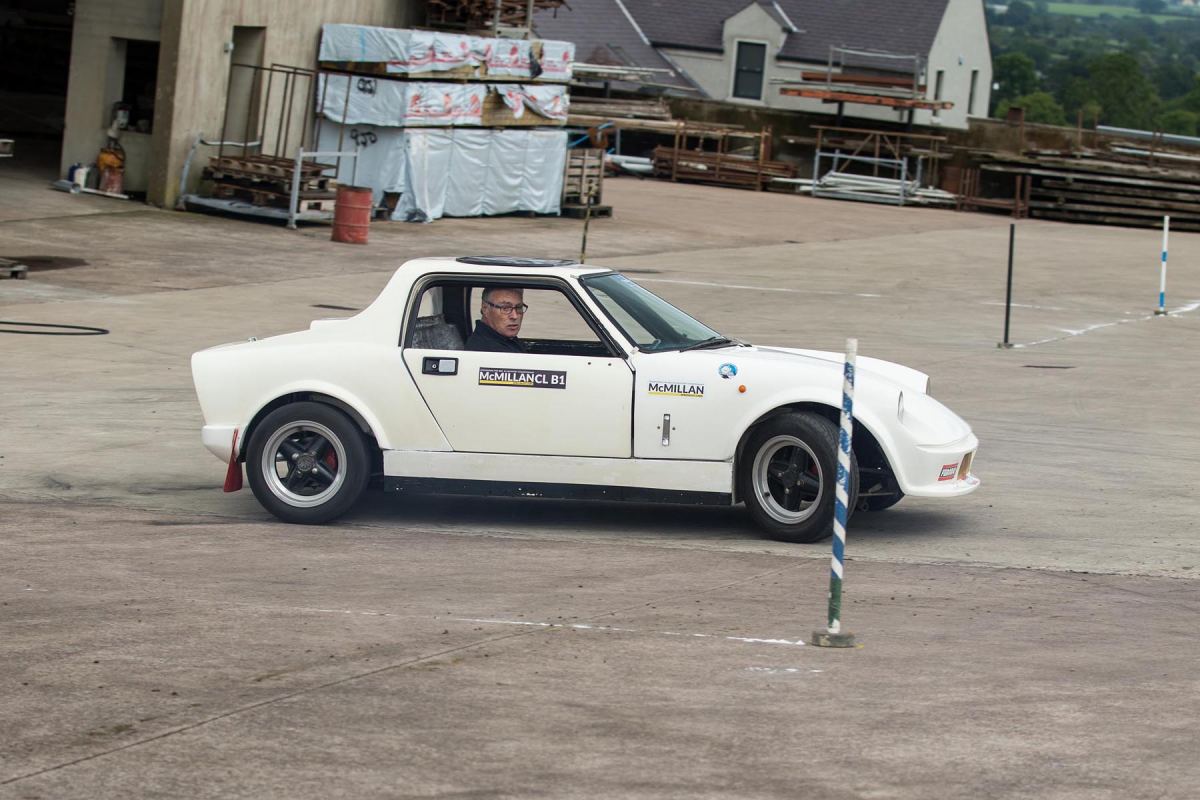 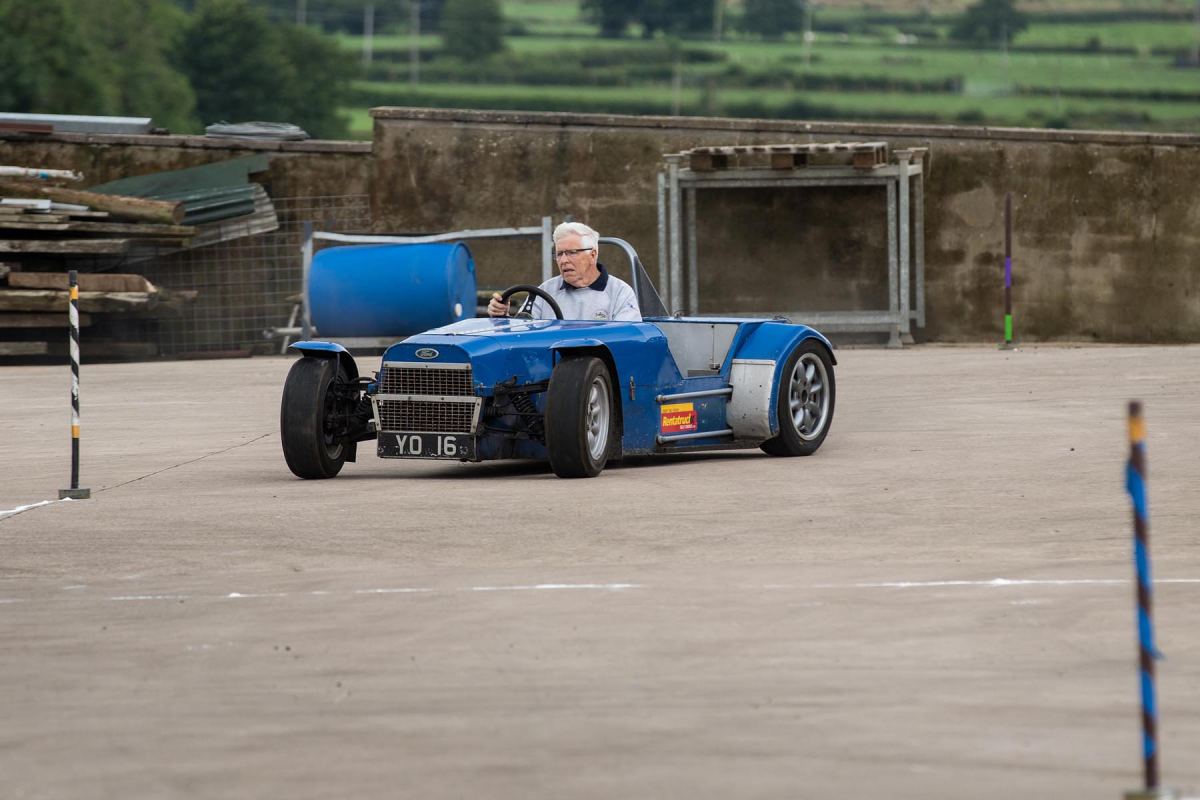 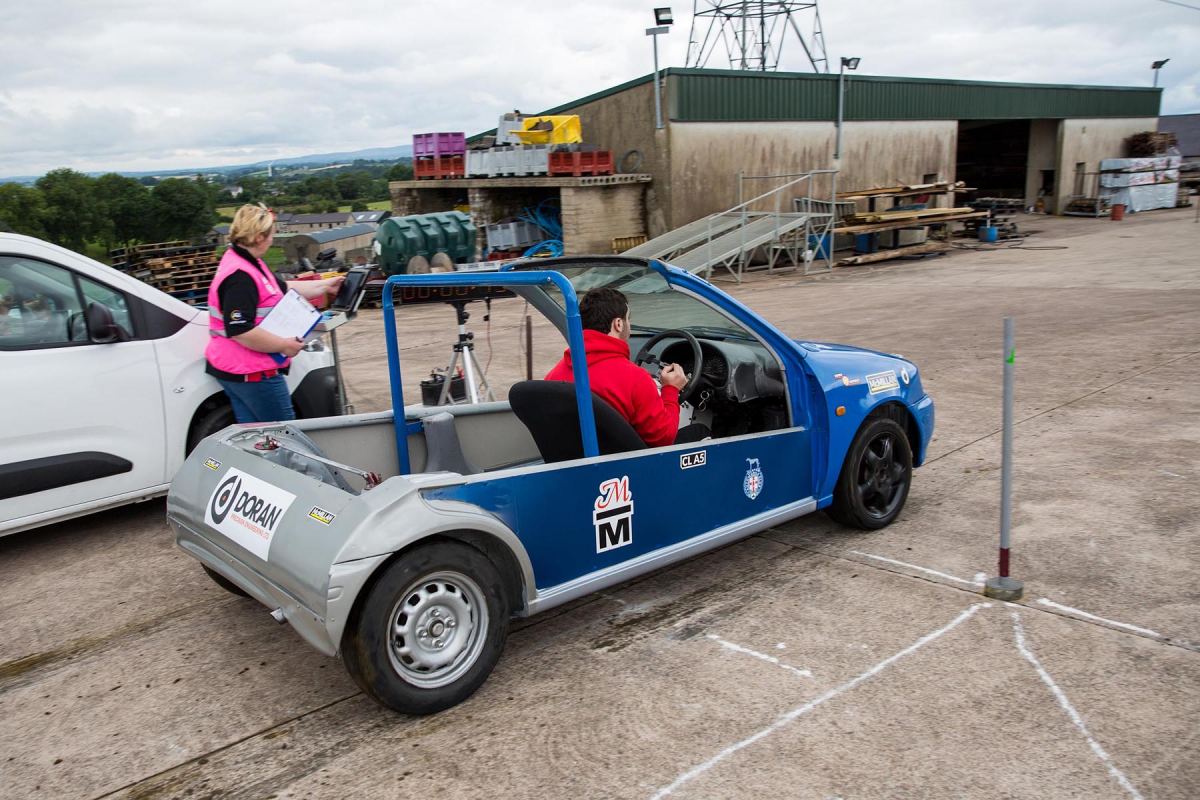 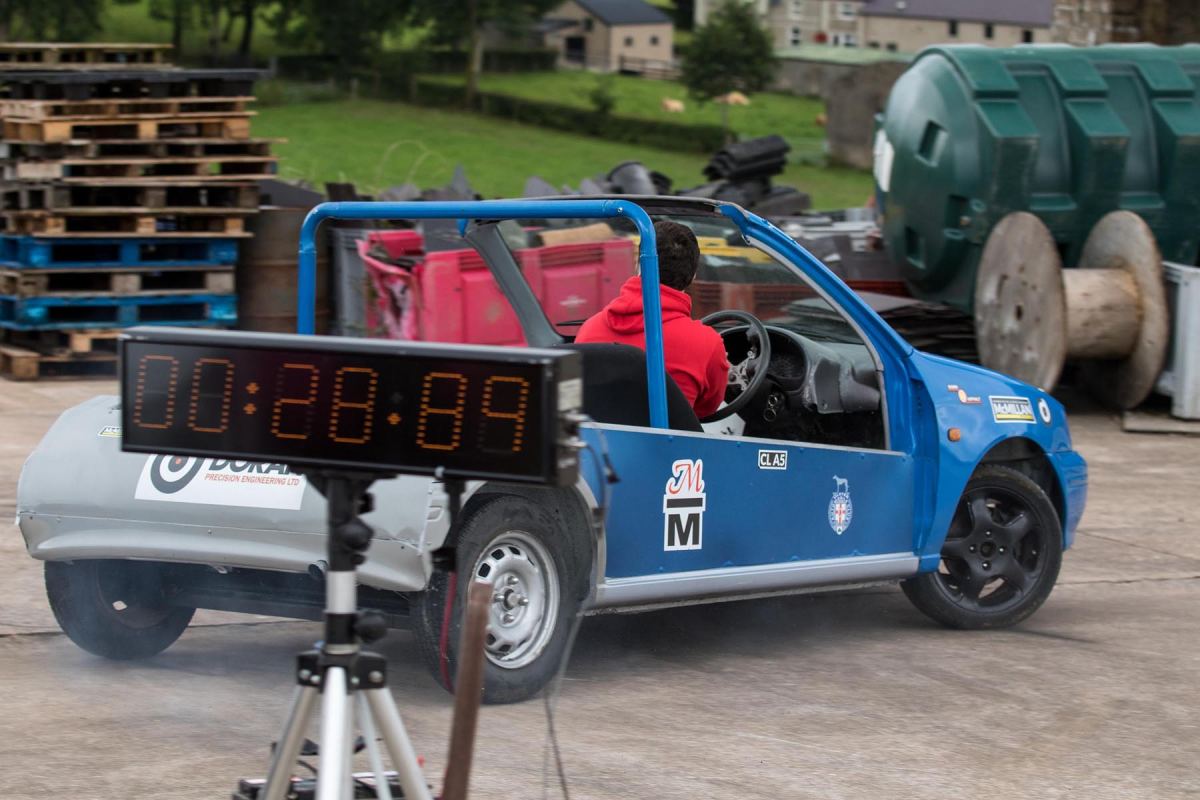 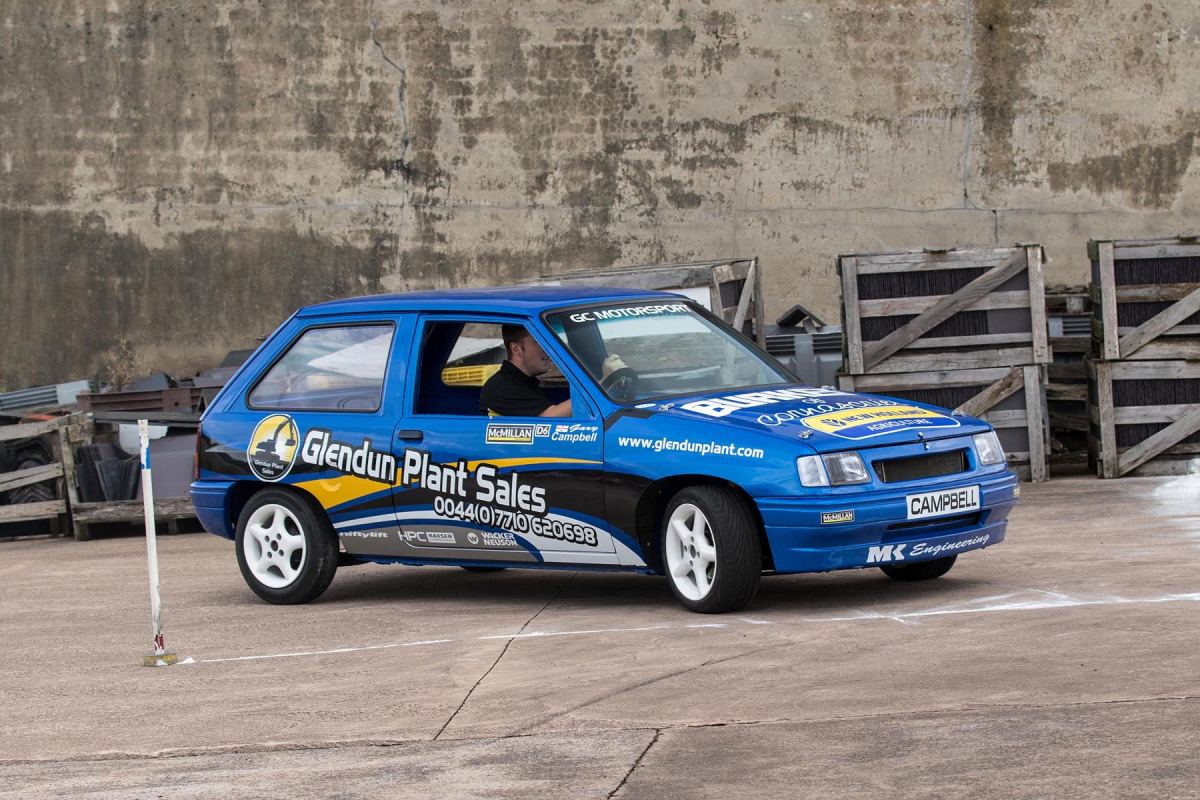 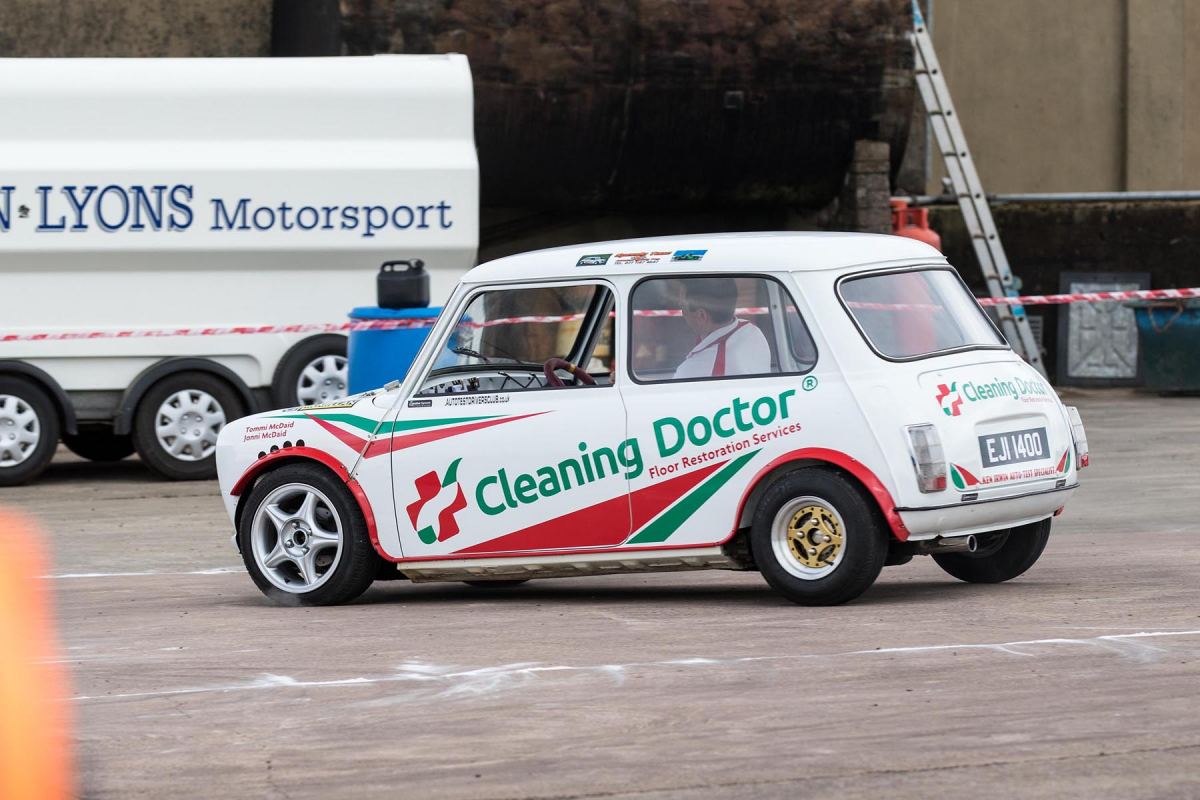 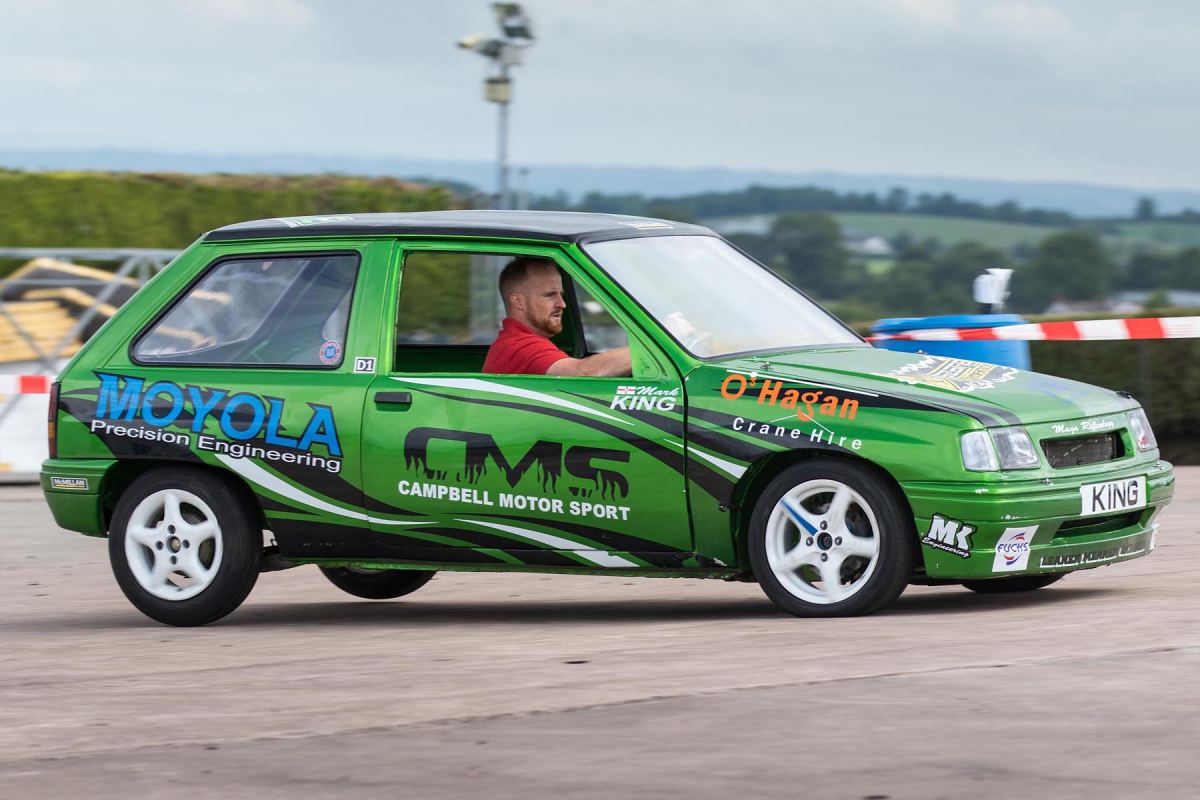 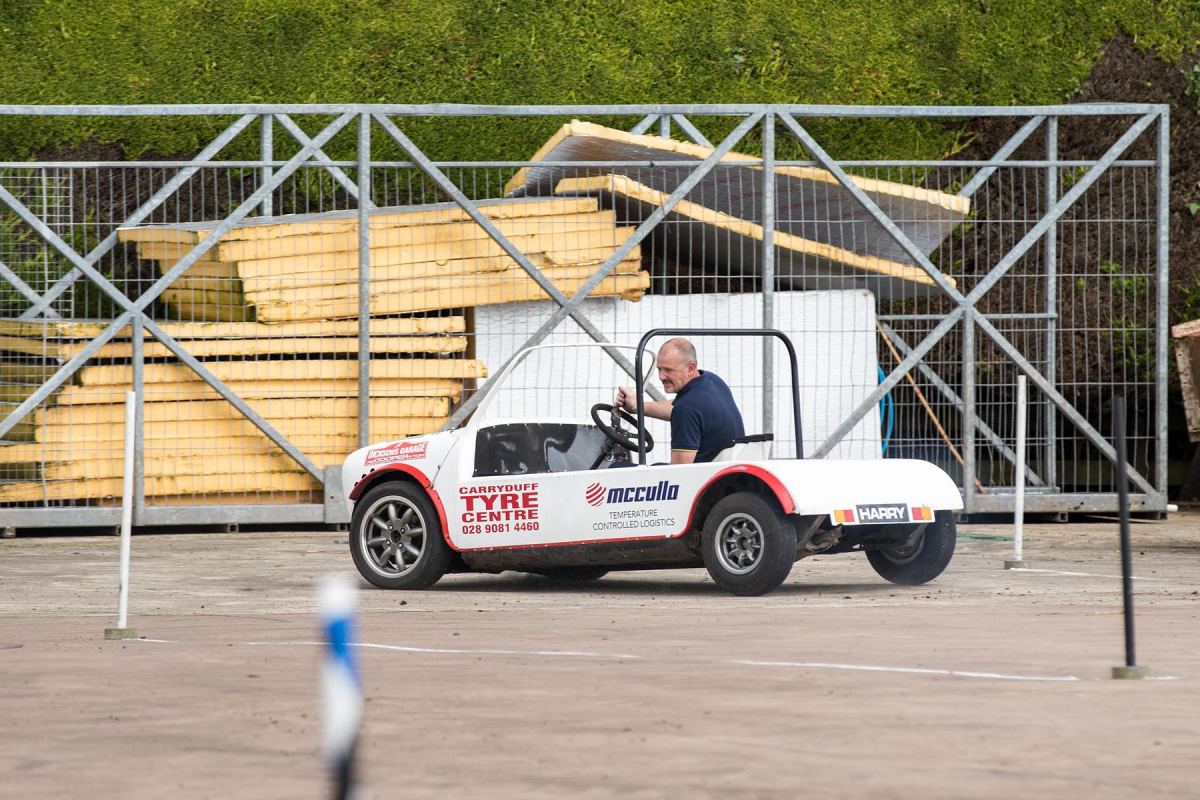