You are at:Home»Autotest»Mark King – Nova AutoTest
By Graham Baalham-Curry on October 29, 2021
Tweet

Sunday 6 June saw the UK’s top Autotest and Autosolo competitors battling it out for the chance to represent the UK in the Auto Slalom discipline at the 2021 FIA Motorsport Games and among them was Northern Ireland driving ace Mark King.Held at Finmere Airfield, the shootout organised by Motorsport UK and Oxford Motor Club saw 10 competitors get behind the wheel of two Mini Coopers, with the fastest female and fastest male competitors chosen to join Team UK.

Mark King, 30, from Newmills, who is more used to throwing his Vauxhall Nova around a car park like an ice skater does with their partner on the rink, settled into the mannerisms of the Mini Cooper provided and climbed to the top of the rostrum. 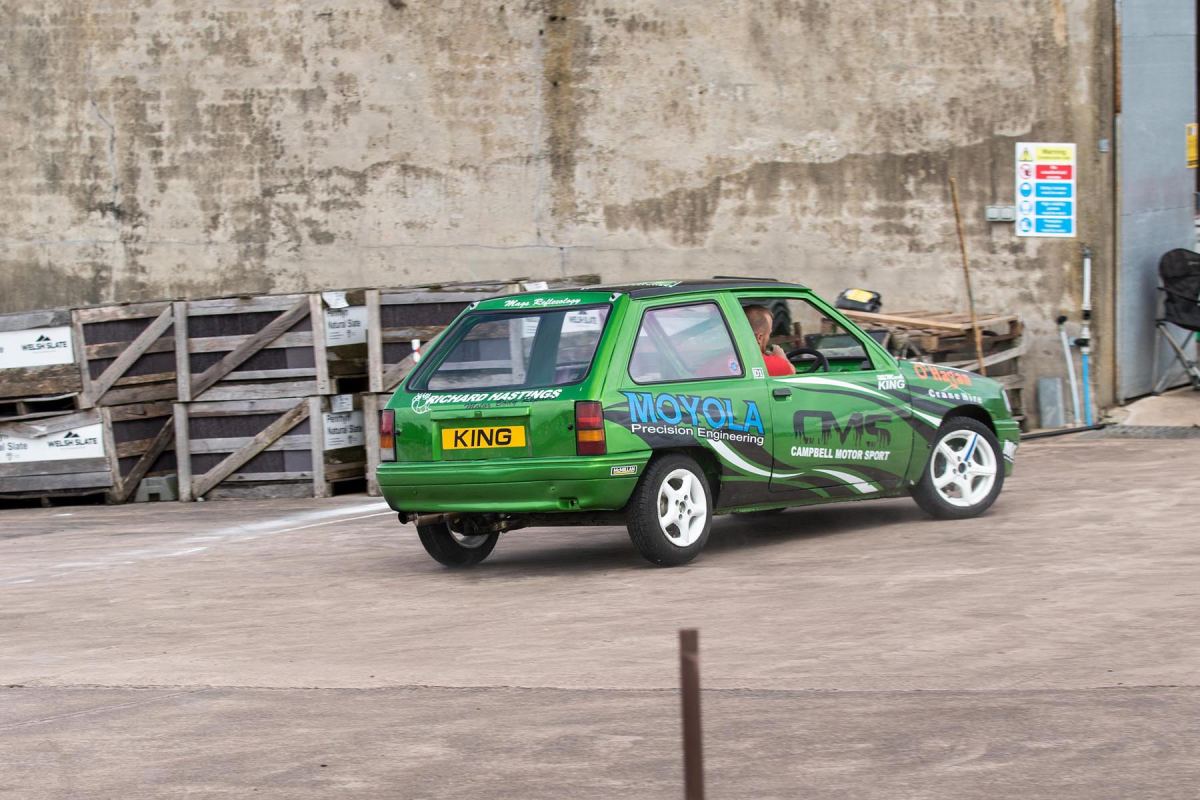 With that, King secured his place as the sole male Motorsport UK Auto Slalom representative and, alongside female winner and now team mate, Laura Christmas, the pairing will head to France in October to compete against the best in the world at Circuit Paul Ricard.

The FIA Motorsport Games will feature an expanded programme of 18 disciplines when it returns to action, representing a threefold increase on the inaugural edition. Launched in 2019, the event’s unique format sees international racers compete for gold in the colours of their national flag.

The six disciplines that formed the schedule at the maiden running will return this year, while an influx of exciting additions, including the introduction of an auto slalom category, will bring considerable variety to the competition.

Mark is a multiple times NI Autotest Large Saloon Champion, and is currently leading his class in this year’s championship. The young driver’s greatest battle hasn’t been behind the wheel however, as just six years ago he was diagnosed with a sarcoma in his leg.

Undergoing surgery to have this removed, involved surgeons removing part of his femur and his knee joint. His driving days seemed all but over, even should the treatment for his cancer be successful. 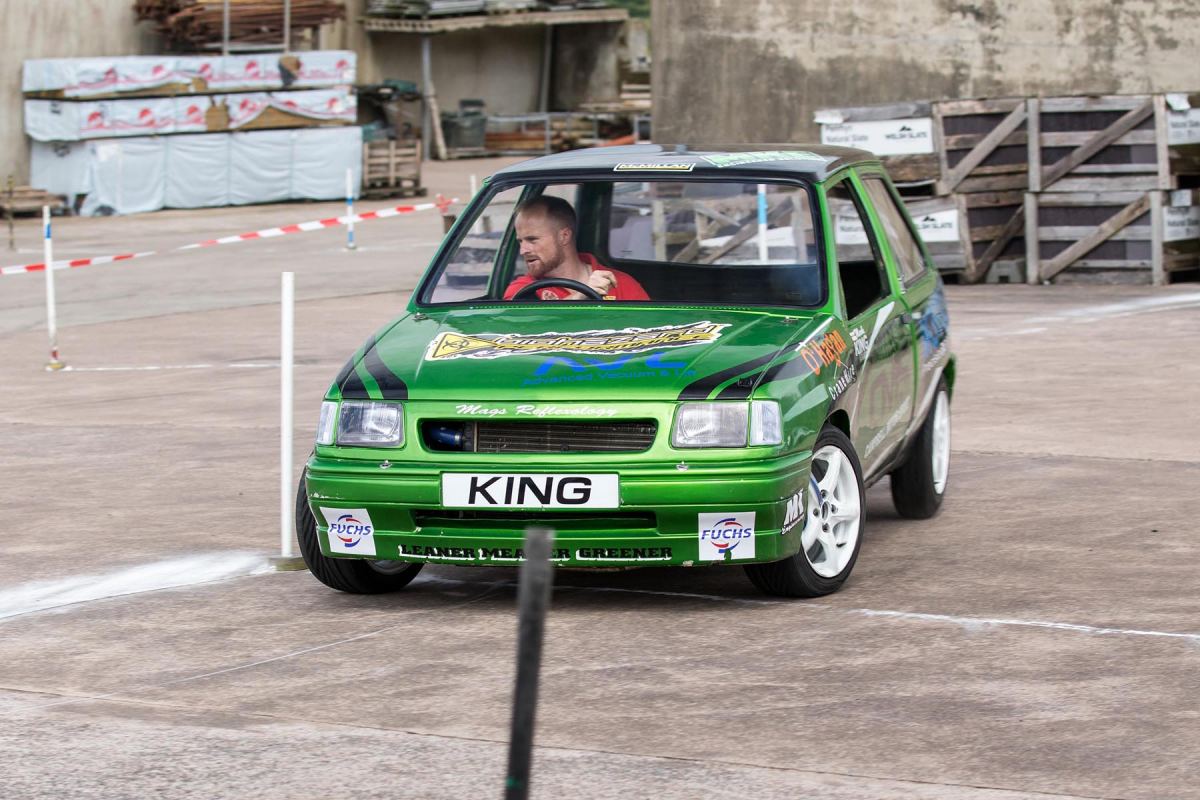 Not willing to cross the finish line for the final time, Mark was fitted with a fully prosthetic knee and underwent a year of intensive chemotherapy before being given the all clear.

Having been named the Association of Northern Ireland Car Clubs ‘Clubman of the Year’ in 2015, for his determination to continue to compete when he was undergoing his treatment, even winning a charity event in Scotland during this time, this petrolhead is a true inspiration.

I had the opportunity to catch up with Mark at Round Six of this year’s McMillan Specialist Cars Northern Ireland Autotest Championship and have a chat about his thoughts on heading to France to compete in a couple of months.
“So obviously it is a privilege really to be selected for it [FIA Motorsport Games]. It will be good to get autotesting and especially Northern Ireland, onto that world stage,” Mark commented.

“It’s not dissimilar to what we do here [at this event today]. If anything, this is more technical as there is reversing in it, whereas the Auto Slalom is forward driving only.”

In a move to support a sustainable motorsport future, FIA are providing all teams and drivers with only an electric vehicle, as Mark explains, “It will be slightly different for us obviously, as it is an electric vehicle and we don’t know what vehicle it is, as yet.

“But as for the car control side of things, I think the autotesting gives me a good base for it. The [Motorsport UK] selection event was done in a one-make way, with the nine competitors all using the same MINI Coopers.”

Mark Continued, “You don’t have to worry about somebody having a better tyre, a better car, or more performance. Everyone starts with a level playing field. Even in the Olympics everyone tries using the same equipment and it’s good that that is where they [FIA] are trying to come from.”

Other than a few skiing holidays, King has never spent any time in the South of France and little did he know that he would be competing in his favourite sport in such a beautiful region. 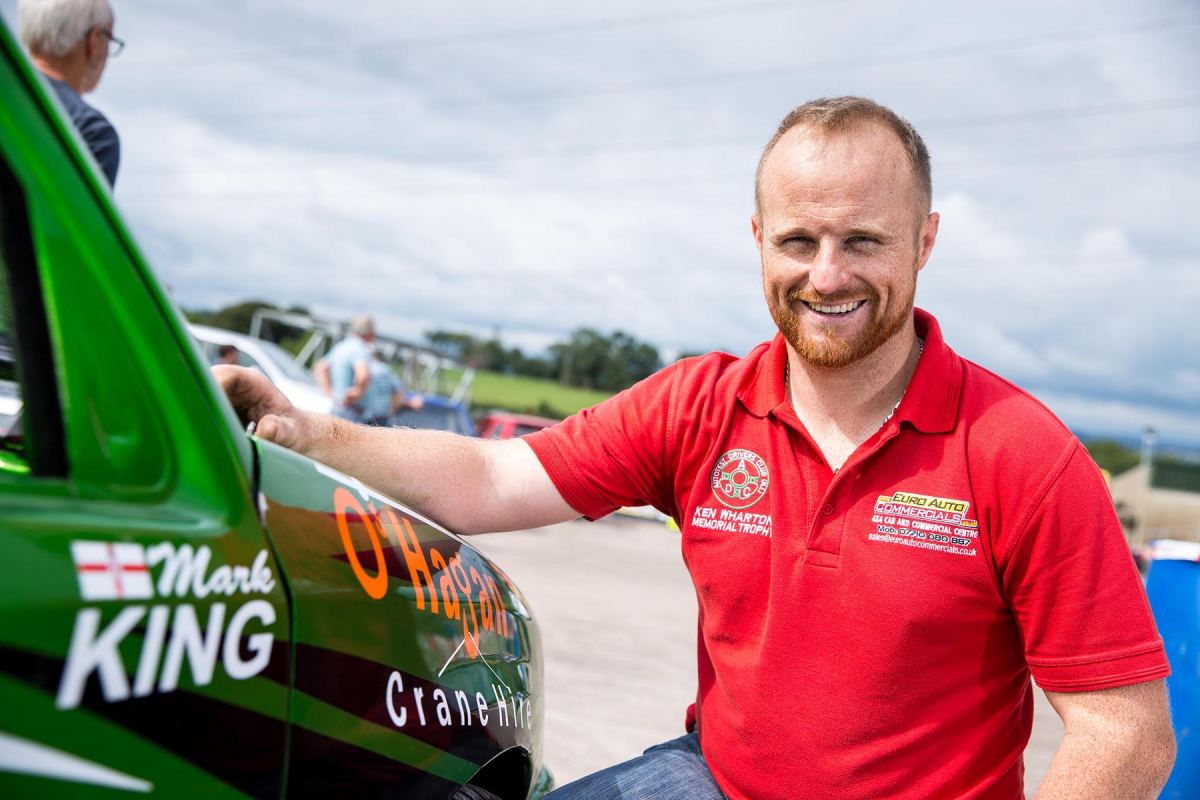 “It will be something different,” Mark said, “Even going to an international track outside of the UK is something I have never done. Formula 1 has visited Paul Ricard Circuit, so this is a big thing. It was definitely worth jumping on the boat after an event here and driving through the night to enter, and I must thank all my sponsors for the opportunity.”

Since surgery, Mark doesn’t feel like he is any better or worse off than before the operation and treatment. In chatting, it is likely he will lose a few tenths going through airport security, but let’s hope this is the only place he will lose time.

Mark hopes to be joined at the event with his wife, Grace, family and friends, as well as members of various motor clubs from across the province who plan on making the trip to France in support of Northern Ireland’s only representative at the FIA Motorsport Games.

Since writing this article, FIA Motorsport Games have announced that the games will not go ahead later this year as planned due to ongoing global pandemic travel restrictions. Instead, the event has been re-scheduled to take place at the end of October, 2022.