You are at:Home»Car Show»4Play Dublin Heat at Swords Shopping Complex
By Andy Cooper on August 25, 2002
Tweet

There was a huge turnout which started off slow, but soon became enormous. We had to close entries at 30 because we would only have 3.5 hours to do the judging. There where some real nice cars, with the orange Integra and the A4 taking the limelight.

Paul Dunstan travelled all the way down from Bangor to enter, and his journey was well founded as he topped the scoreboard for the day, closely followed by the highly tuned 250+hp Audi A4 1.8T. There was a large contingent of the Jap brigade with Integras and Mitsubishis being to the fore.

As seven o’clock approached some of the locals (including a taxi) started doing a few burnouts. There was a crew of local scooter riders who started burnouts on their scooters – well everyone to their own! At this point we thought we had better scarper. The Gardi had been around a few times and we had spotted a Gardi helicopter floating around – and so we left for a well earned feed. 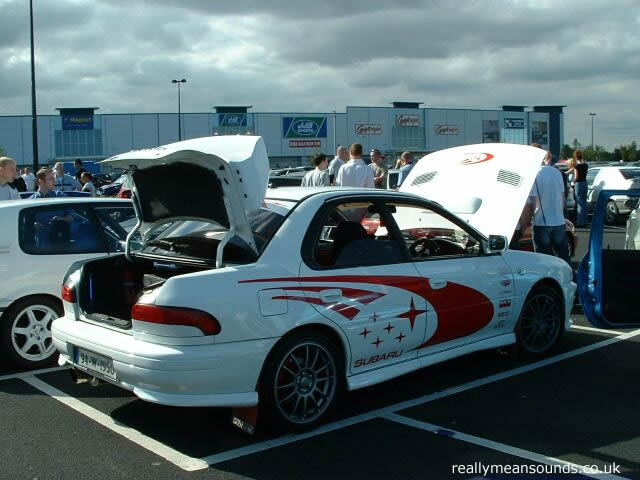 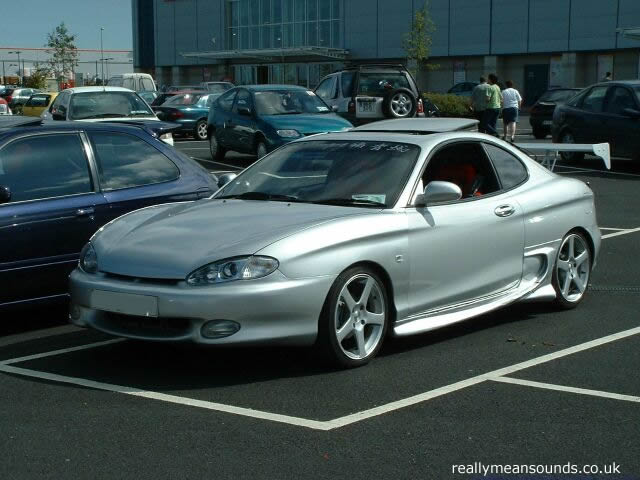 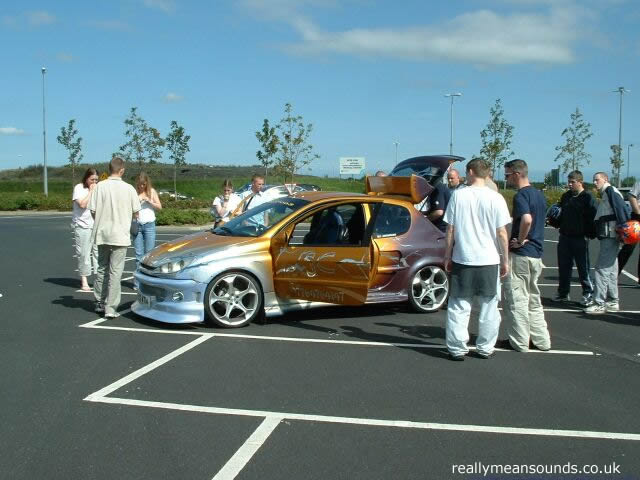 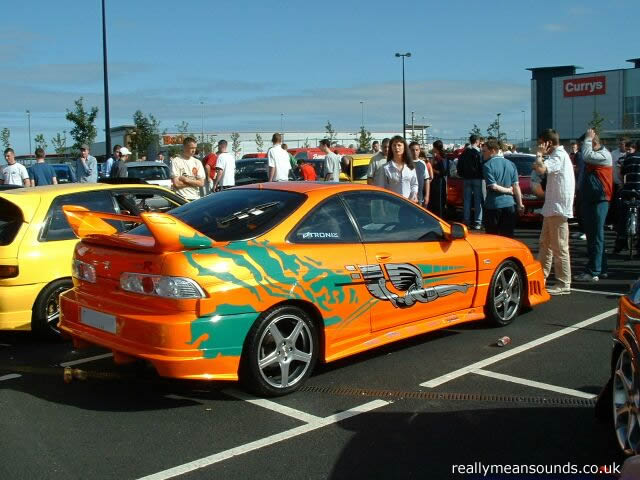 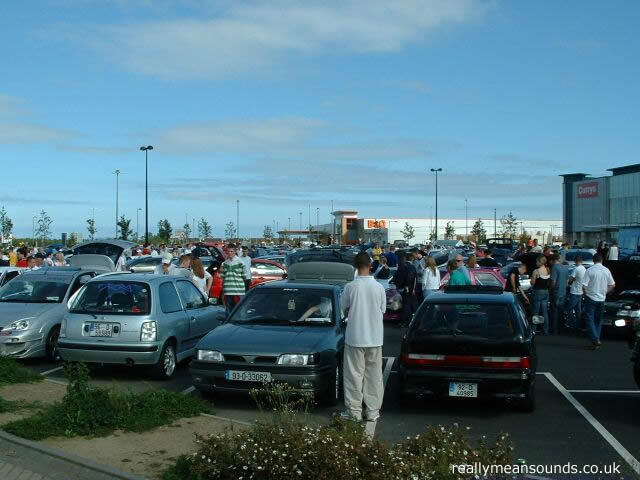 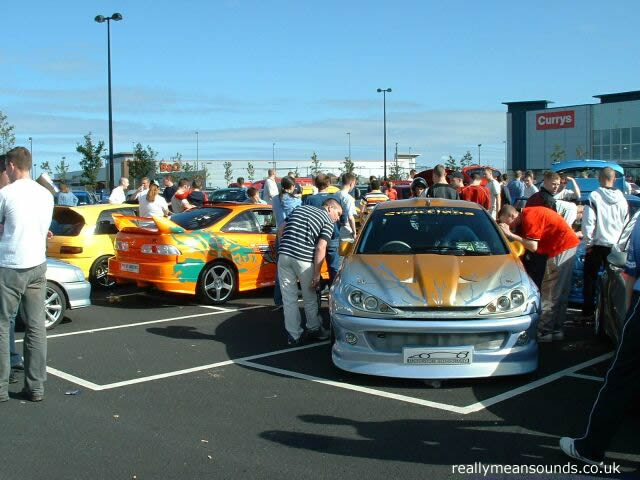 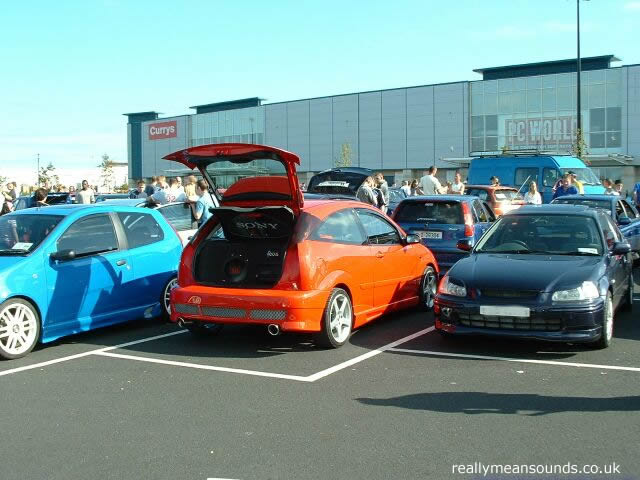 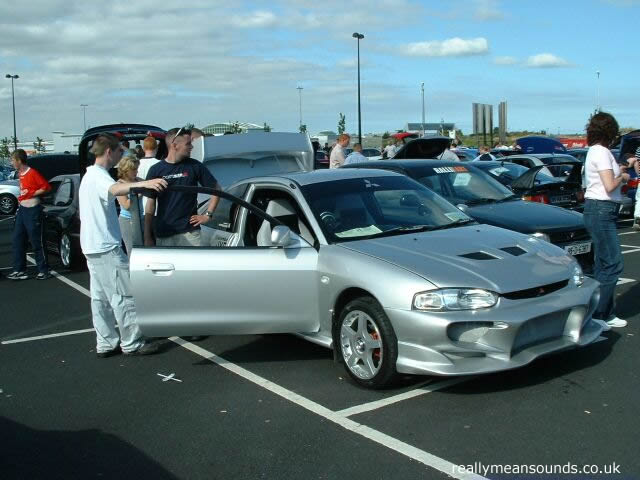 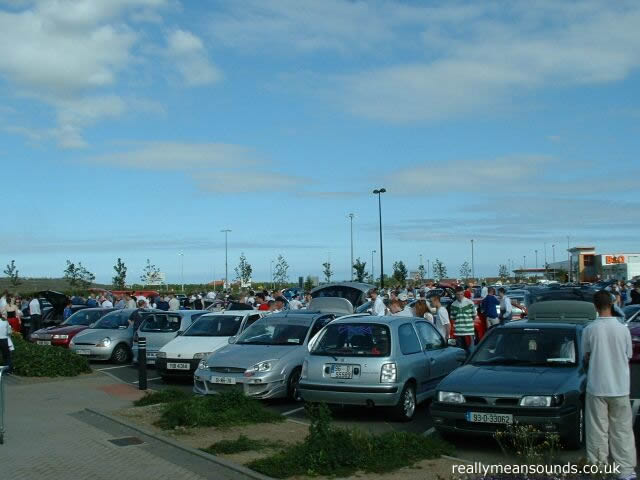