The McKee Clock Arena in Bangor, Co. Down saw Ford’s of all ages descend upon it for the Capri Club of Northern Ireland’s charity car show on Saturday 25 September.

Formed by a gathering of Capri enthusiasts, the Club’s aim is to bring together like minded fans of the ‘car that kept its promise’ to display and enjoy their Capri’s in a club format.

Over 30-years later, and the club is still going strong with an annual membership of around 70-80. Members come from all over the Emerald Isle, with meetings once a month for an informal discussion on all aspects of the clubs activities.

As well as organising their own Regional Display each July, which is open to all Ford cars, the clubs attends many Vintage & Classic Ford events, static shows and cavalcades throughout the country, as well as organising a number of Club runs during the year. 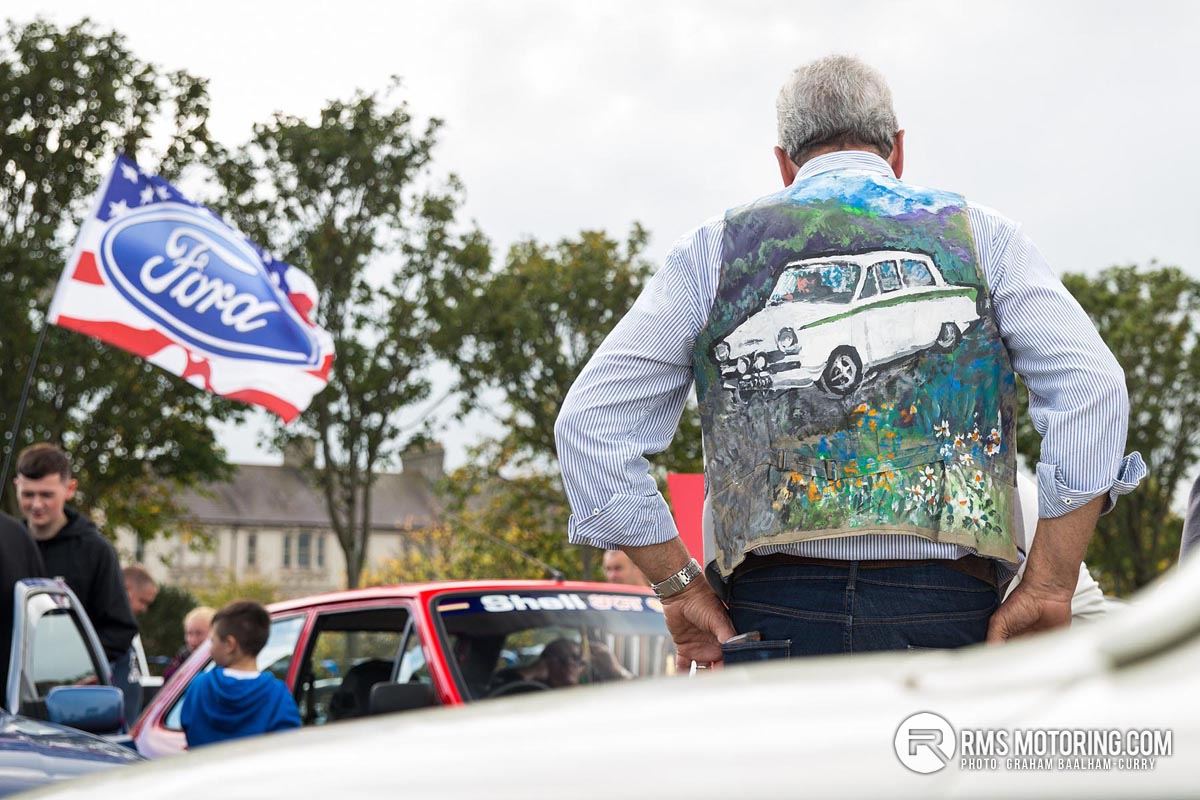 Capri Club NI Chairman, Alan Gourley commented, “The event was run by ourselves in Capri Club NI and was intended as an ‘only Ford’ display, but we had a small number of non-Fords turn up which we didn’t turn away.

“It was the first time we had run the show in two years due to the [corona]virus and we normally have it in April, but this was the earliest month that the council would allow it. The venue is the McKee Clock Arena on Bangor seafront and it is one of the best venues for a car display in the county.”

Alan continued, “We again were raising funds for the ‘Friends of the Cancer Centre’ charity and we donated a cheque for £500 to them on the day. The Mustang Owners Club NI, also on display at the event, donated a further £130 to them on the day which they had raised at previous events.

“We also had the NI Ford RS Owners Club on display among the total of around 120 cars on show.”

It was an incredibly chilled day for those on display, as well as the many hundreds of spectators and members of the public who got the chance to peruse a great array of machinery. On arrival I had the chance to catch up with an old friend who I’ve not seen in a few years, such is the nature of these events; they often bring old friends together.

Attire of the day surely must go to Ronnie Kerr with his hand painted waistcoat featuring none other than his very own Ford Cortina, a competition car that I have watched for two decades, and a car that has won events throughout Europe.

A very tatty looking 1969 Ford Cortina also caught my eye, not just because of its patina that in general doesn’t sit amongst a gathering of Ford’s, but because it’s engine has been swapped out for a much more reliable Zetec unit from a modern Ford. It was refreshing to see a ‘rat-look’ Ford on these shores, well done to its owner for thinking outside the box.

It was hard not to miss ‘Barricade’ the Transformers movie replica Mustang and whilst on the American theme, the two-tone vintage pick-up was just glorious. The 1974 Capri 1600 GT that adorned the club’s flag was equally stunning, as too was the modified Blue Capri with a twin-turbocharged V6 engine fitted.