Arguably the worlds most important motor show, the Geneva International Motor Show held at the Palexpo Convention Centre right beside the airport didn’t fail to disappoint again for 2019.  We flew direct from Belfast International airport to Geneva, and by taking the 6am red-eye were in and out in a day.    The message from the manufacturers this year wasn’t unexpected: we’re going electric. 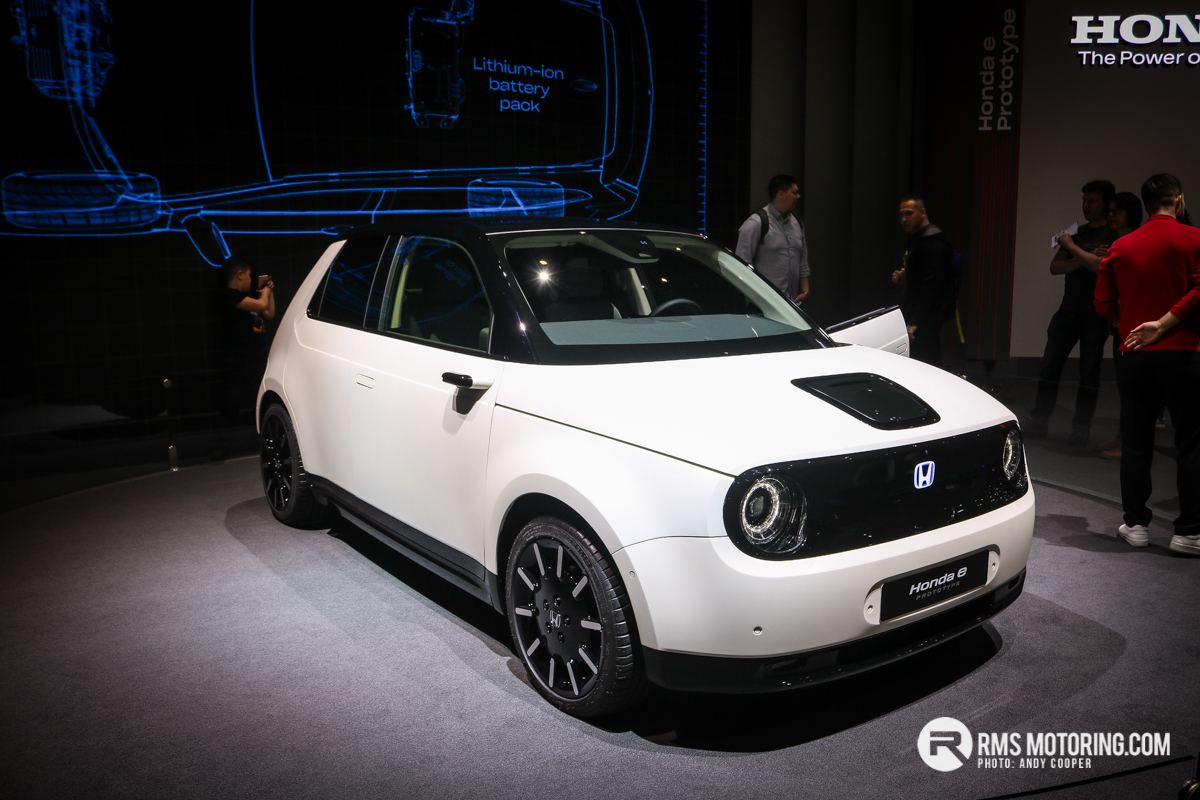 This Honda E concept above and it’s cute stumpy styling was unveiled at the show, loosely based on the original Honda Civic which was a runaway success in the 1970s.  Glance below the driver’s window and you’ll notice the lack of wing mirror.  The appendage you see in place of it is a camera holder, constantly displaying a mirror type image in the wrap around dash display in the cabin.  Power levels have yet to be released, but expect a 120+ mile range, oh and it’s rear wheel drive!

At the other end of the scale was the all out electric supercar from Italian design house Pininfarina, with their striking Battista (pictured at the top of this article).   Four electric motors, one on each corner good for nearly 2000bhp, under two seconds for the sprint to 60 and over the two ton mark flat out.  It looks absolutely incredible in the flesh, the advantages of modern manufacturing techniques and the flexiblity of an electric drivetrain to produce something truly remarkable.  Recognise the name but can’t remember where?  Pininfarina are responsible for design work on the 406 Coupé, Fiat Coupé and Alfa GTV along with more exotic Ferraris and Lancias. 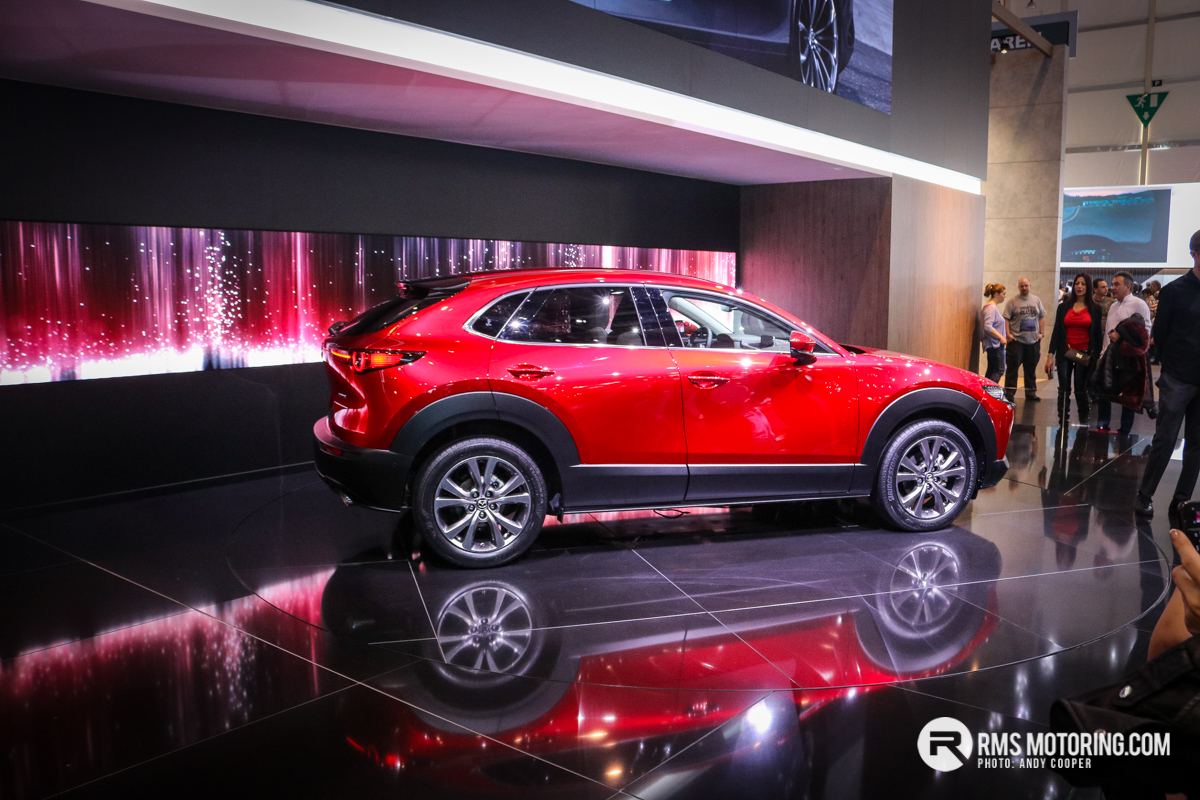 Back in the real world, and Mazda launched their new small SUV, the CX-30 pictured above.  Not only the jewel of the Mazda stand, the CX-30 is a much more stylish alternative to the motability favourite Nissan Qashqai.   Not surprisingly there is an economical line-up of engines including diesel and petrol hybrid options and with those looks, bound to sell by the bucketload. 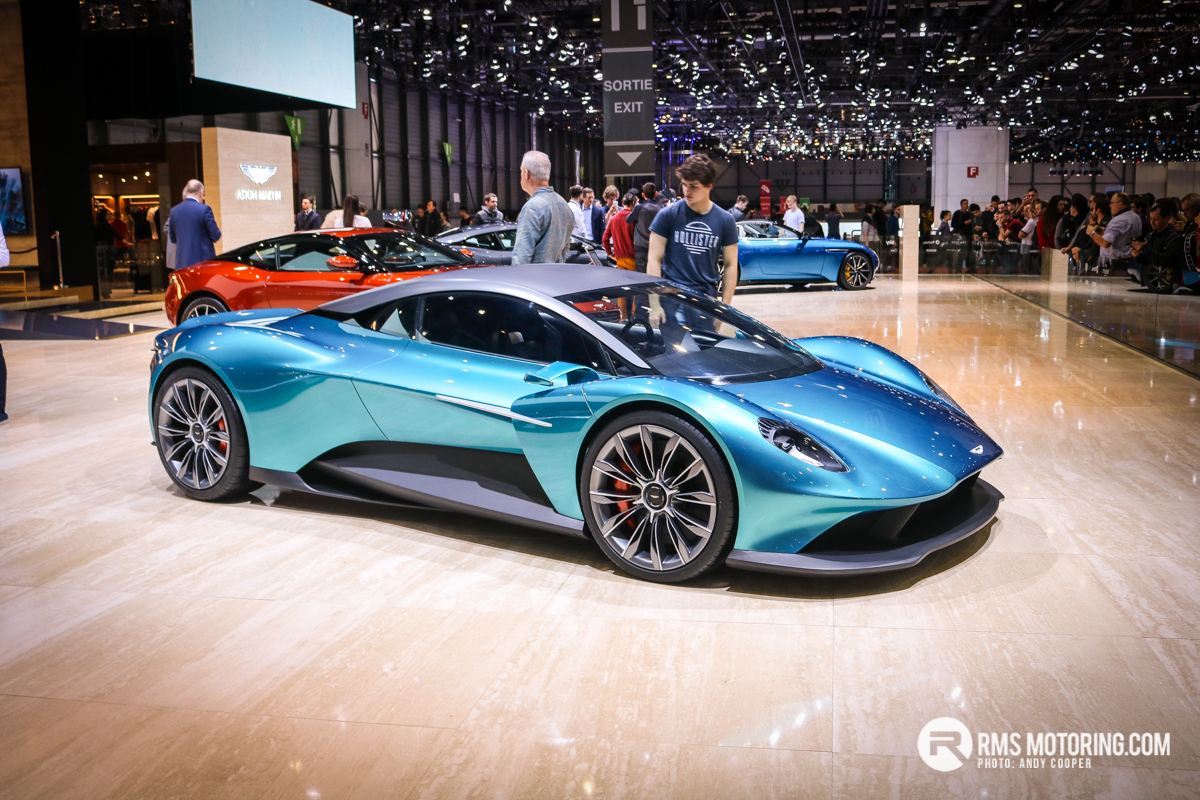 Aston Martin brought along some great concepts including the Vanquish Vision above but as always what will actually see the roads is anyone’s guess. 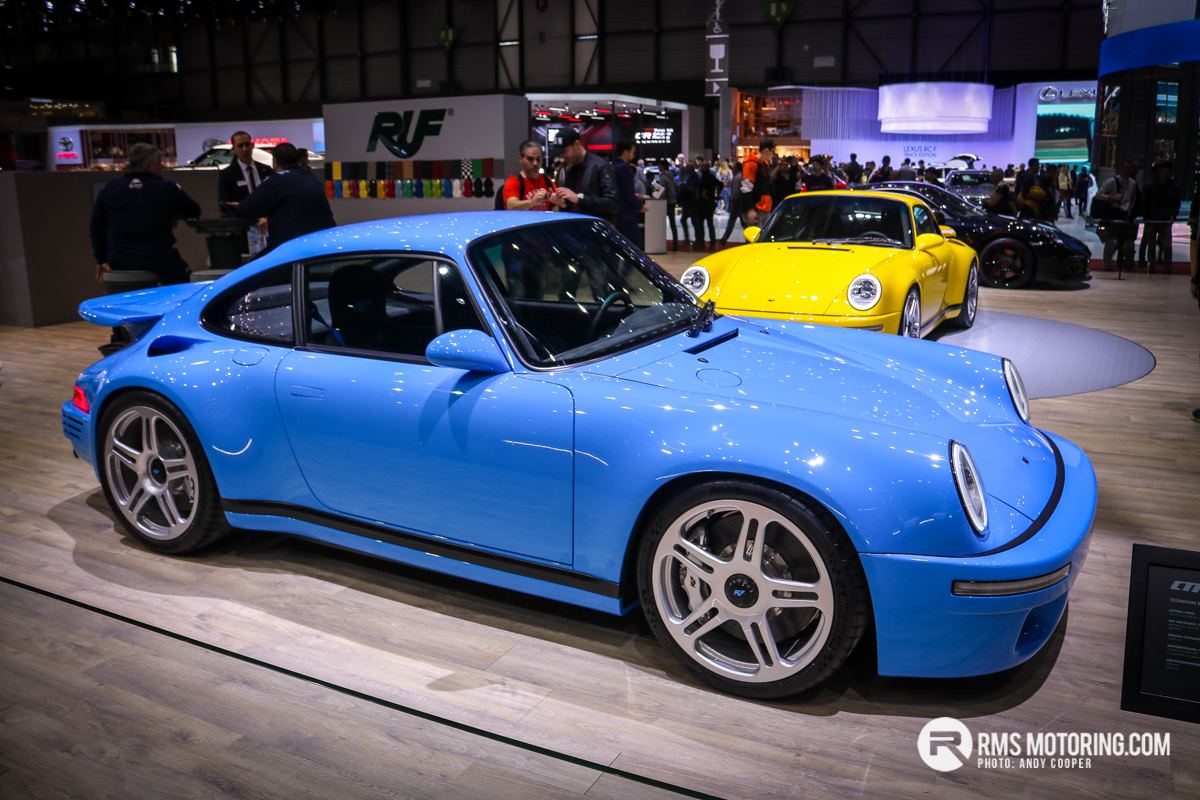 The Geneva International Motor Show 2019 also brought us the cream of the remanufacturing crop, including some stellar 993 and 964 Porsche 911s built as-new.  If you love these as much as we do, expect to part with several hundred thousand to own one. 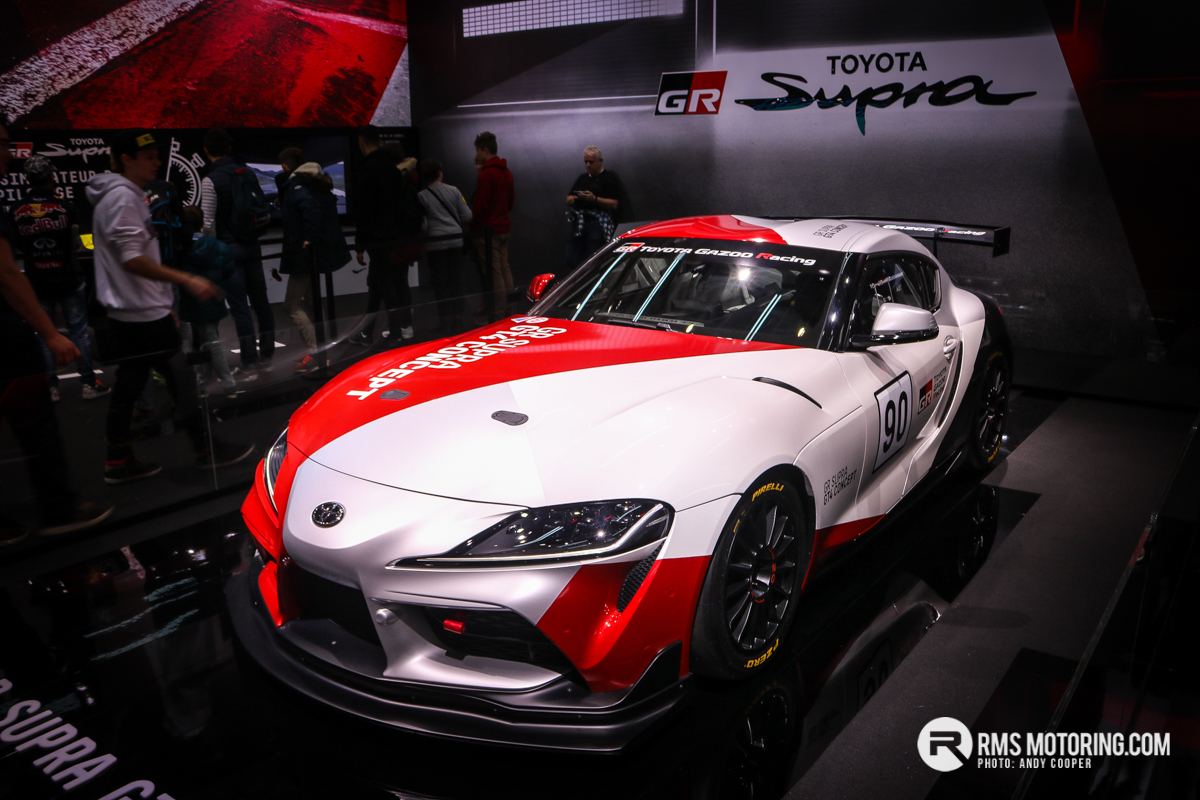 Toyota brought their new BMW to town.  Yes you read that correctly, the much discussed new generation Toyota Supra GR shares a great deal with it’s co-development counterpart, the new BMW Z4.  If Toyota can engineer great chassis dynamics into the car then it will be the best of both worlds, although the straight-six 3.0 that only produces 335bhp certainly on paper seems lacklustre compared to today’s crop. 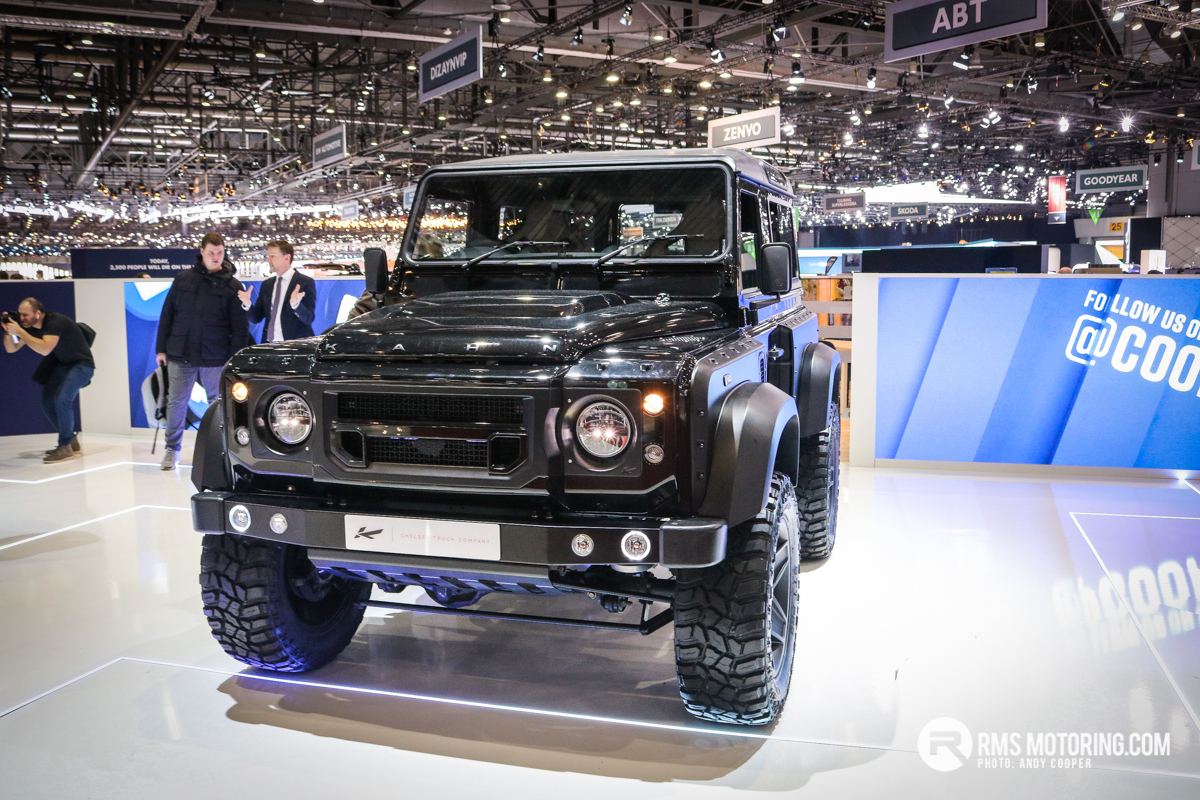 Aftermarket was also in attendance with this incredible Land Rover Defender custom by Kahn.  Surely a G-Wagen G63 wouldn’t get a second look beside this? 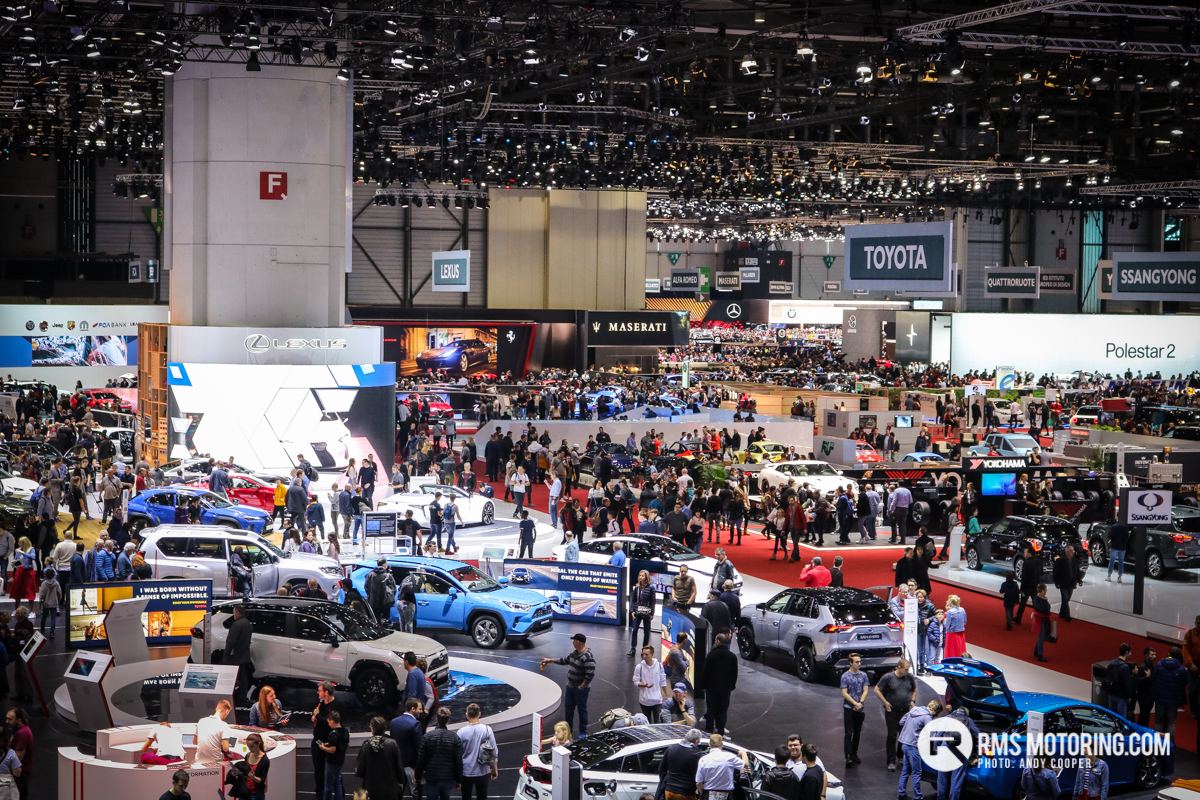 There was a notable absence of a few big names at the Geneva show.  First up was JLR (Jaguar Land Rover), which was a shame considering their own foray into EV with the likes of the Jaguar I-Pace.  Geely’s Volvo and Lotus brands nowhere to be seen, surprising perhaps since the recent announcements of heavy investment in Lotus.   Ford didn’t make an appearance apparently as the Geneva International Motor Show didn’t coincide with the launches of their new Focus ST and all new Mondeo.

That being said, it didn’t detract from another incredible Geneva Motor Show experience.  New models of course, but it’s the rapidly changing direction of the manufacturers that’s most notable.  Diesel is out, hybrid is in production and full electric is the clear goal for all from the most basic Renault Zoe to the Pininfarina Hypercar.  The Internal Combustion Engine isn’t just dead, its history.