After last year’s breakthrough event, Japanese Car Culture came back bigger and better than ever. Even before the show opened, queues had formed outside the Titanic Exhibition Centre, all eager to immerse themselves in the best JDM-inspired cars that Ireland has to offer. The lobby of the venue merely whetted the appetite. A selection of high-powered R34 Nissan GT-Rs and a side order of Mitsubishi Evolution was the starter for a sushi train of modified machinery. 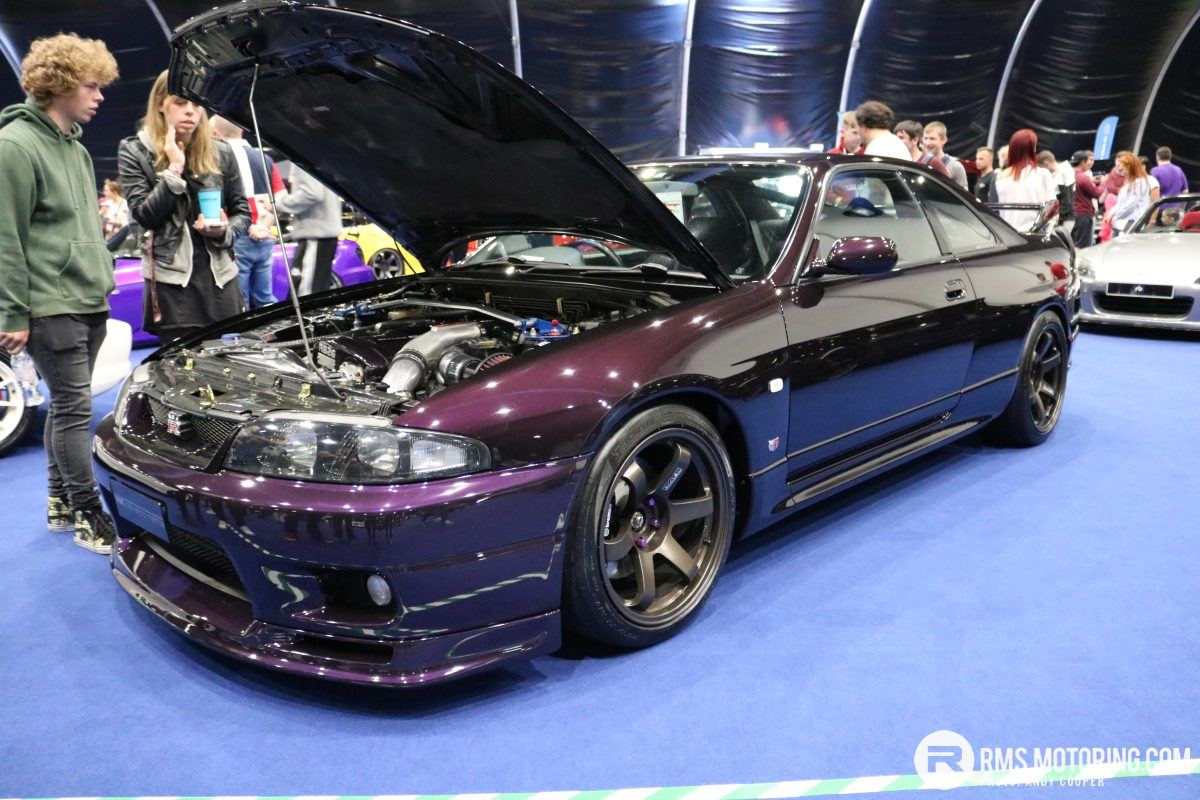 The inital conundrum was working out what to look at first. I mean, logically, somewhere so small and so far away from Japan shouldn’t be able to put on a show with this level of high-quality machinery. But it happened. It was a real life recreation of Gran Turismo. Remember starting out your racing life on the original Playstation? Well that EG Civic with the screaming VTEC powerplant was in the corner. Next to it, the EK9 Type-R that you bought after a few wins on Motegi Twin Ring. Over your shoulder, a trio of Honda S2000s. They were always a handful throughout the license tests.  Yep, this show was the next best thing to a Sapporo fueled karaoke session in the bright lights of Shinjuku. 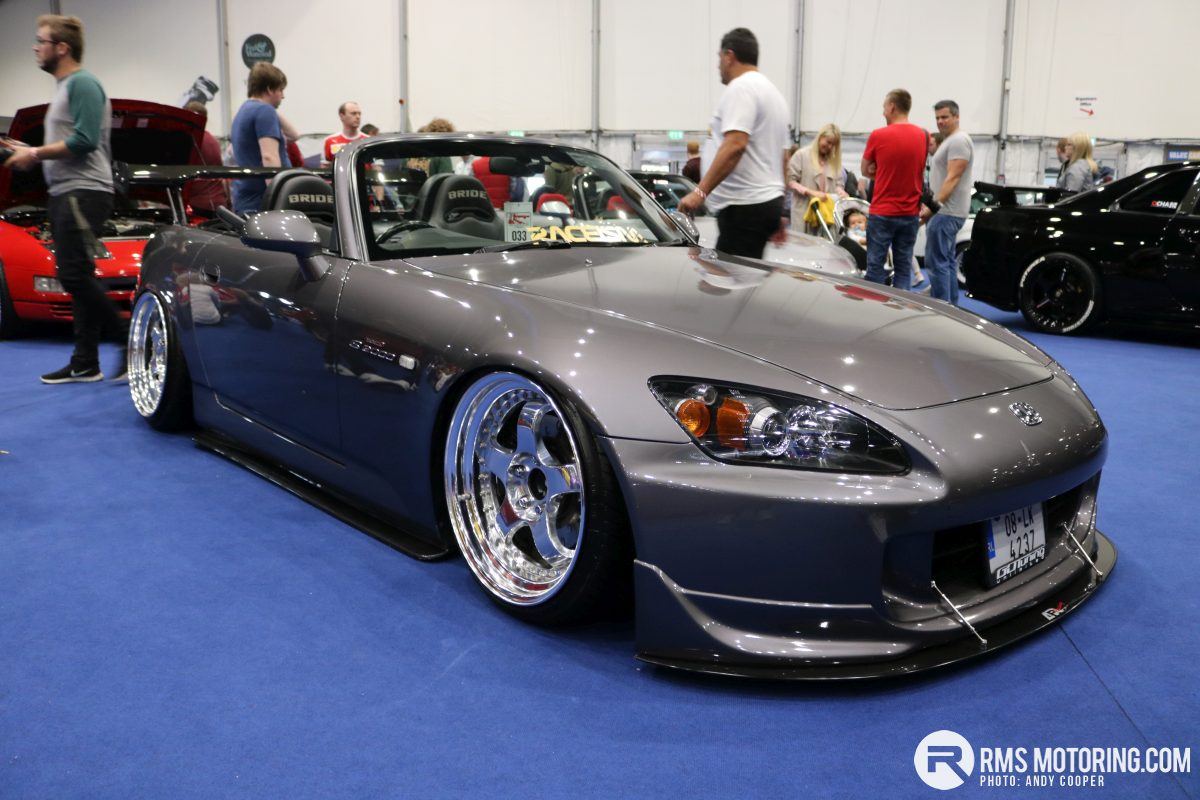 The crowds made if hard to get snaps of all the cars, so forgive us if there’s a few missing. Let’s start with an authetic rear wheel drive icon. There’s no arguing that the car that started the Irish obsession with Japanese performance cars was the humble AE86. They can be a marmite car – you either love it or hate it. The show provided Corolla owners the opportunity to show off all models and all styles. Plumb centre was a classic coupe, sporting a CB aerial, two up / two down spot lights and an exhaust, which I’m willing to bet a sizeable amount of money, was a Janspeed. However, right and left sat touge influenced  AE86s, which wouldn’t have looked out of place battling the Akagi RedSuns on the winding passes of Mount Akina. 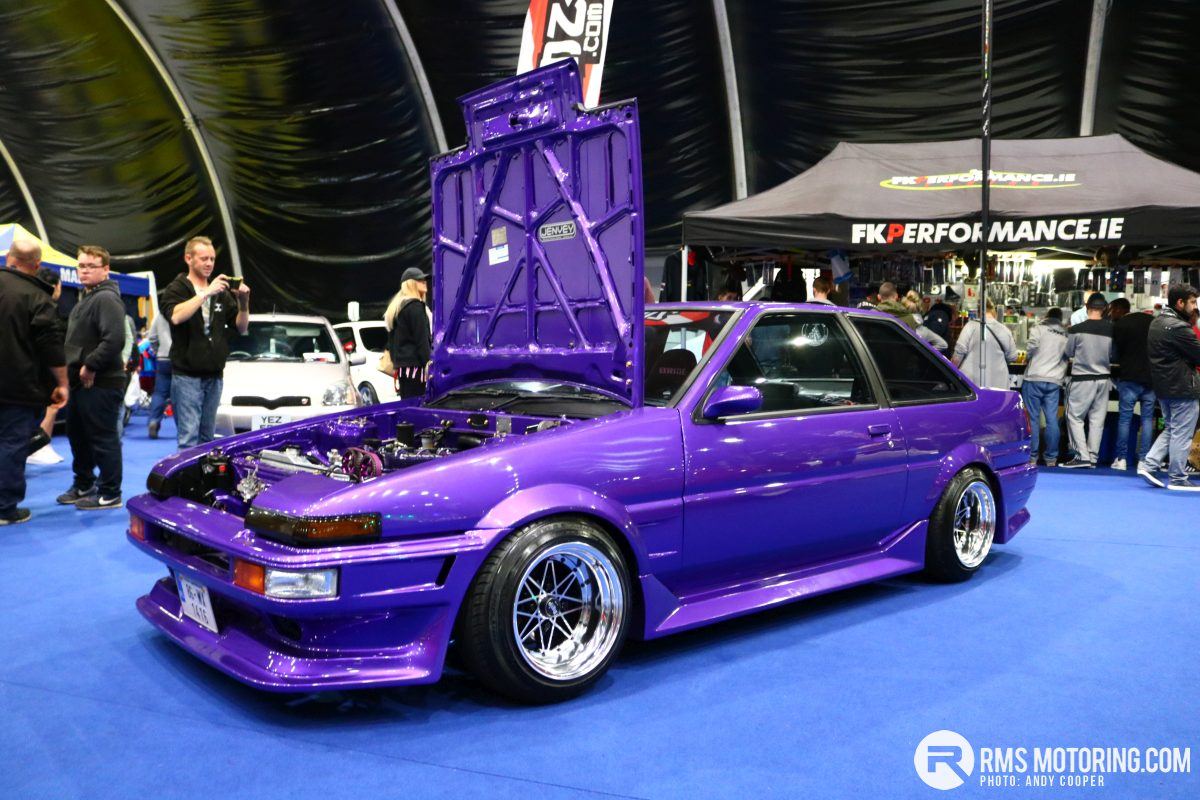 No-one embraced the Wankel engine concept more that Mazda. The RX line of sports cars all had rotary motors providing the momentum and perhaps the FD generation RX-7 is the finest of them all. An ageless design, an agile chassis and that distinctive engine note are an underrated and underappreciated combination. 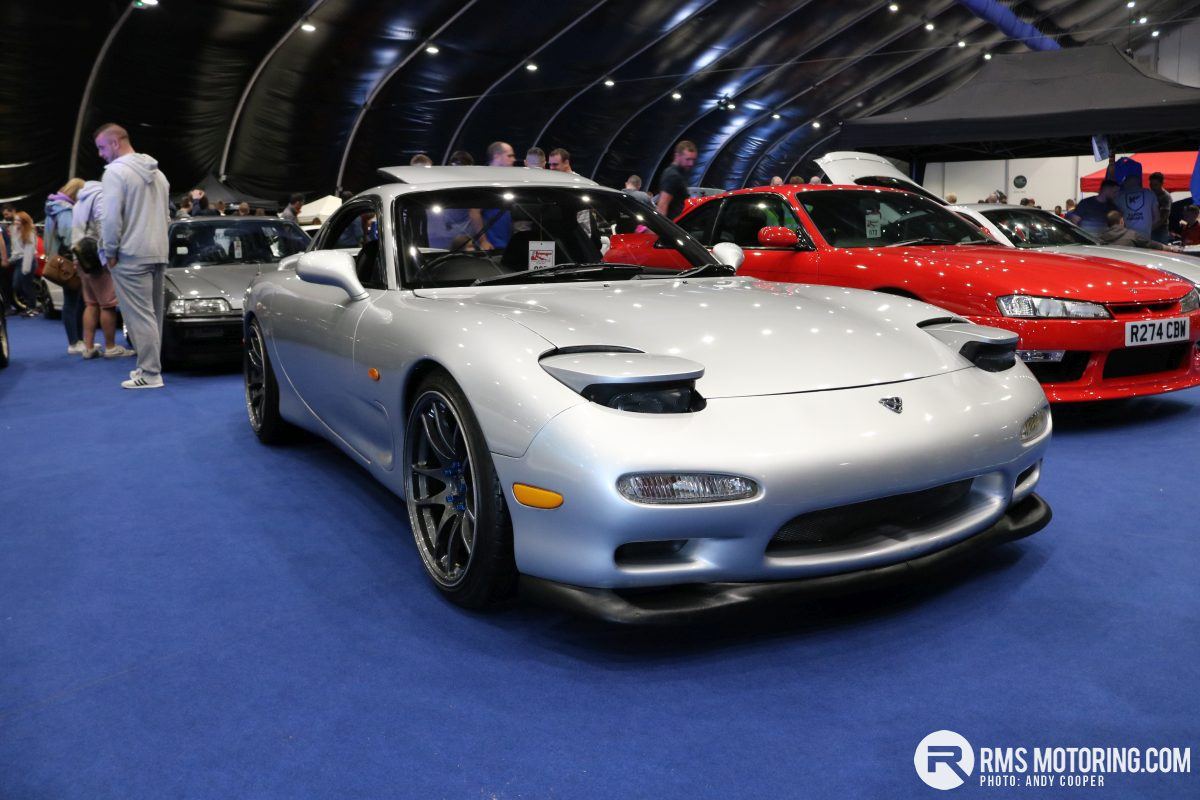 The original Honda NSX was so good that it had a production run of 15 years and it took another 10 to design and build a successor. Yet, the outcome could have been so different. When Formula One world champion, Aryton Senna, plonked his bum in one of the pre-production test cars, the story goes that he was less than impressed. After his intervention, the chassis was stiffened by around 50%, transforming the handling dynamics. I don’t think his input can be faulted. 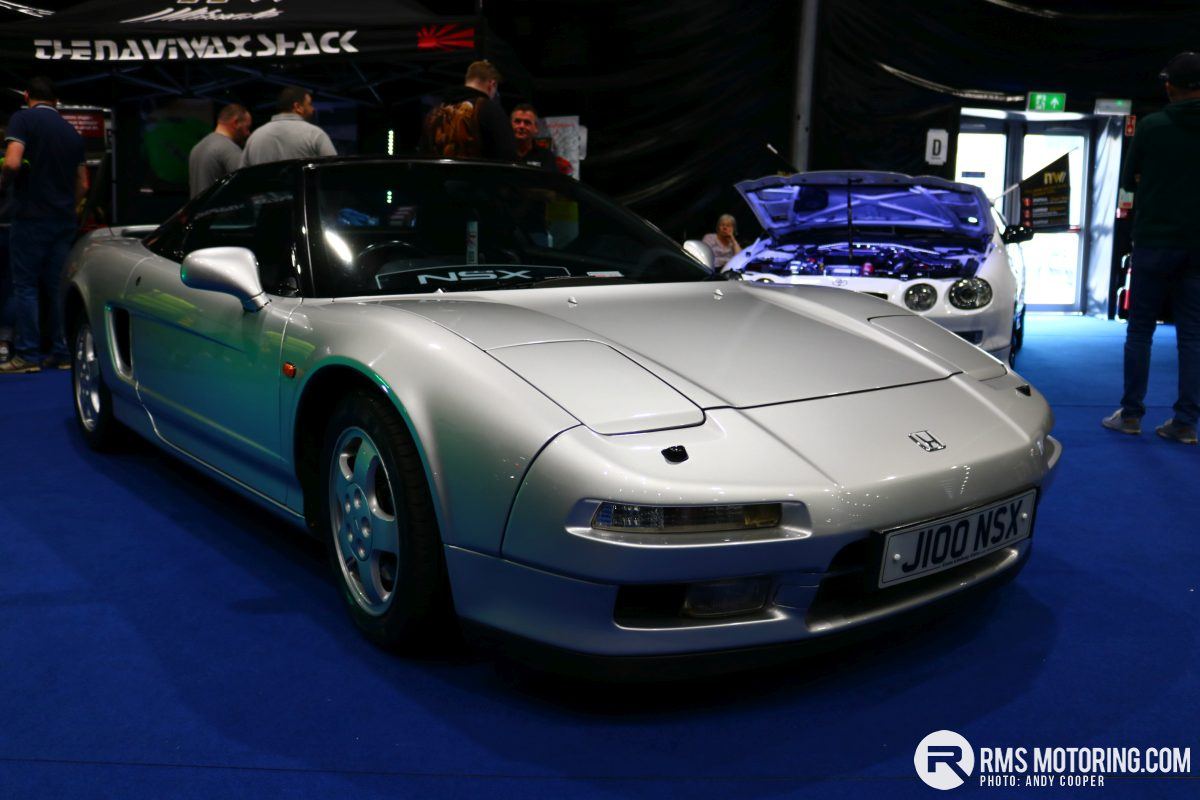 Given that so much of Japenese Car Culture is centred around tuning and motorsport influences, it was only right that the event provided the opportunity to see some live action. The top cars from the Irish Drift Championship featured inside and got used as they were intended outside. Dave Egan, head honcho of the Irish and British series also took to the stage to interview up and coming young talent, like the youthful (he’s 13!) Conor Shanahan. If you are wondering what it takes to prep and build a cutting edge IDC car, take a classic Nissan S-Body, add some JZ engined Toyota power and strap on a turbo the size of a small planet. 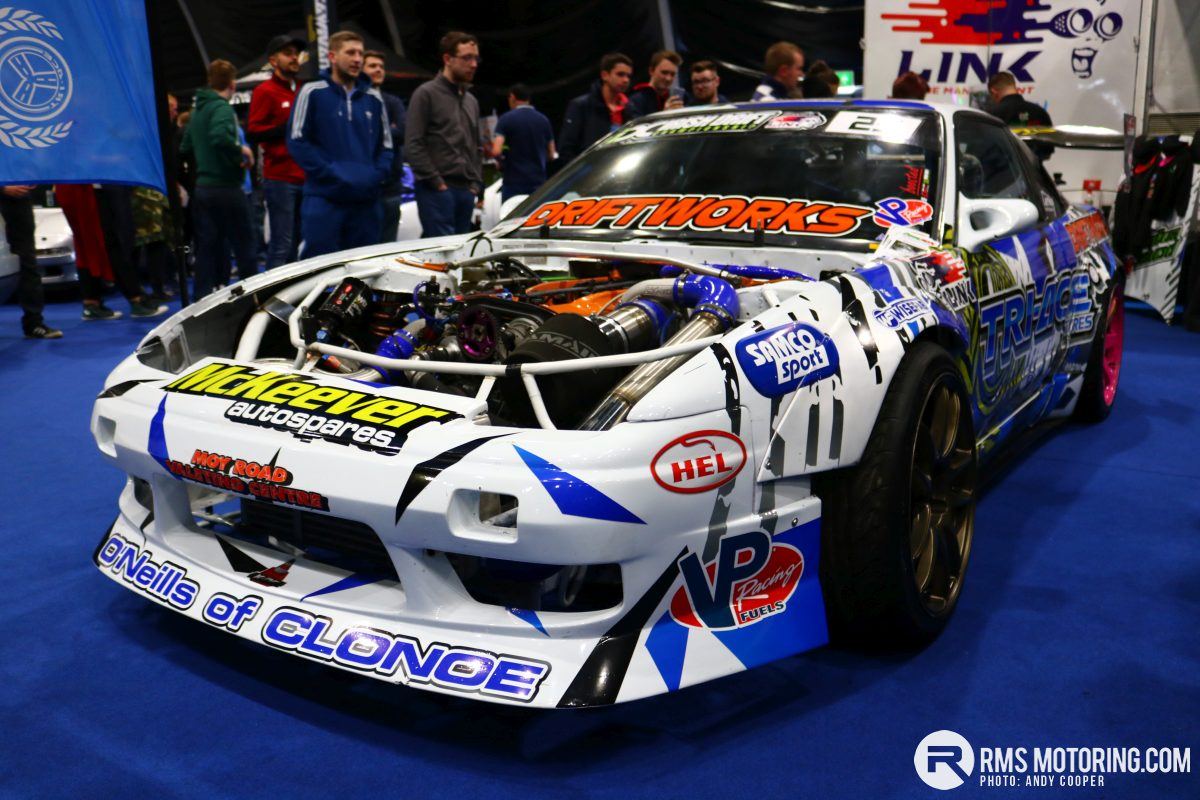 Japanese Car Culture just didn’t master that difficult second season, they smashed it out of the park. The incredible array of machinery the show managed to attract was second to none. The cars weren’t just good to look at (and they were dressed to impress in the best shoes Rays, SSR, Work and Enkei had to offer) but they also had it going on below the skin. Popped bonnets revealed turbo upgrades, thirsty fuel rails and swathes of carbon fibre. The cars came in big numbers, the crowds came in even bigger numbers and we can’t wait for the next instalment.

Read More on the Forum: Show all 60 comments