Several years ago when I was adding a photography qualification to my CV I was afforded the opportunity to photograph several eclectic music gigs taking place as part of the Open House Festival in Belfast.

Since then, the Open House Festival has made Bangor, Co. Down its home, and with the help of the Lottery Heritage Fund Great Place Scheme along with support from Ards and North Down Borough Council, a Seaside Revival event runs throughout summer.

Retro-vintage being very much the theme of this Revival Festival, you can partake in the historic Pickie to Pier swim, watch artists paint the town seaside-style with large scale murals and street art and walk from Ballyholme to Pickie, stopping off at ten points of historical interest along the way.

There is also a vintage car boot sale and a revival picnic which features classic full throttle restless rockabilly, plus soda pop show, swing and wartime harmonies. The latter I have attended in the past, and it’s great when the weather is kind.

There really is something for everyone and of all ages too. The older generation able to reminisce about the good old days, while the youth of today get a chance to look back at what life was like in the seaside town several decades ago. 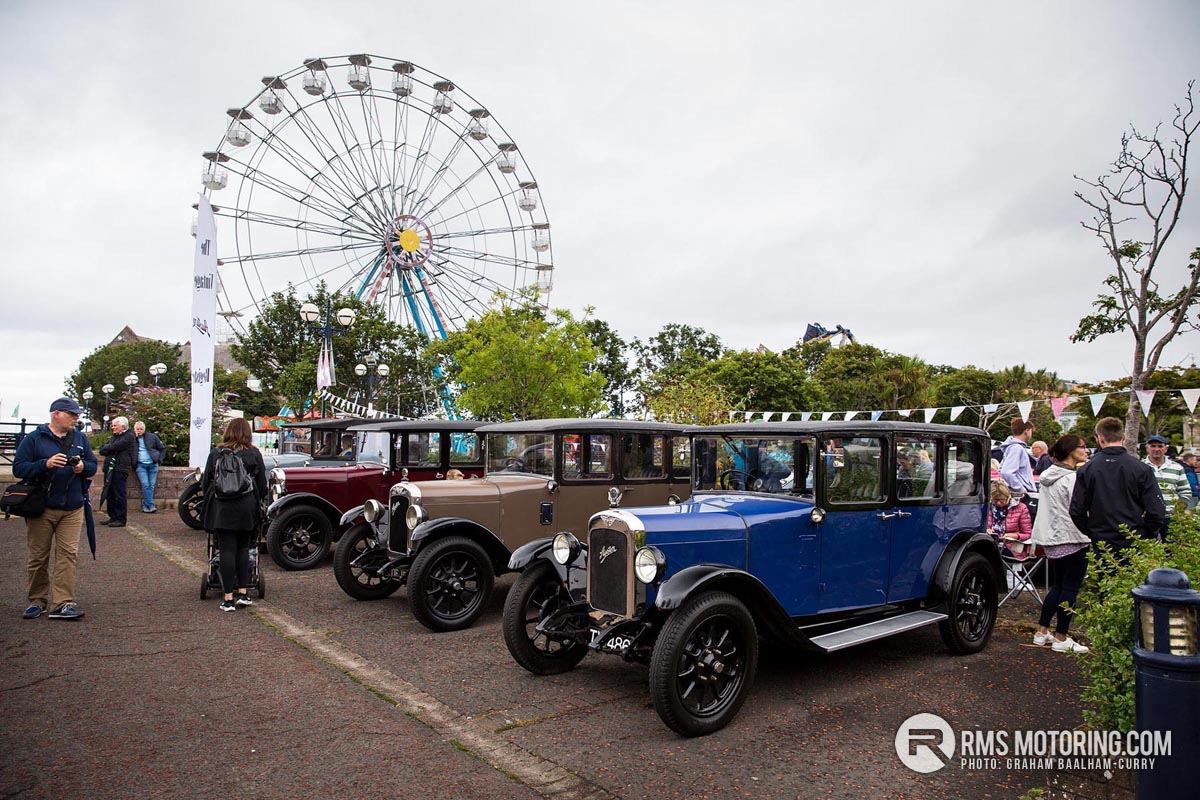 The highlight of this year’s Seaside Revival for me brings me to the event I wish to talk about within this article. A Classic Car, Van & Bike Show held on Saturday 31st July.

An event that took place at Queen’s Parade car park on Bangor seafront featuring an abundance of pre-1985 cars, motorbikes, scooters and vans, it was a sight to behold.

Not being vintage myself, I don’t have first-hand experience of much of what was on display. As a life-long petrolhead however, I have a great appreciation for what stood before me and it was amazing to share this passion with my young family.

Some of the highlights for me personally include the Orange Talbot Sunbeam, the two-tone Blue split-screen VW bus, the Green Thames Trader lorry, Bumblebee the movie replica Chevrolet Camaro, the Black Excalibur Phaeton and the show winning Jaguar from regular motorsport competitor, Hutchy. 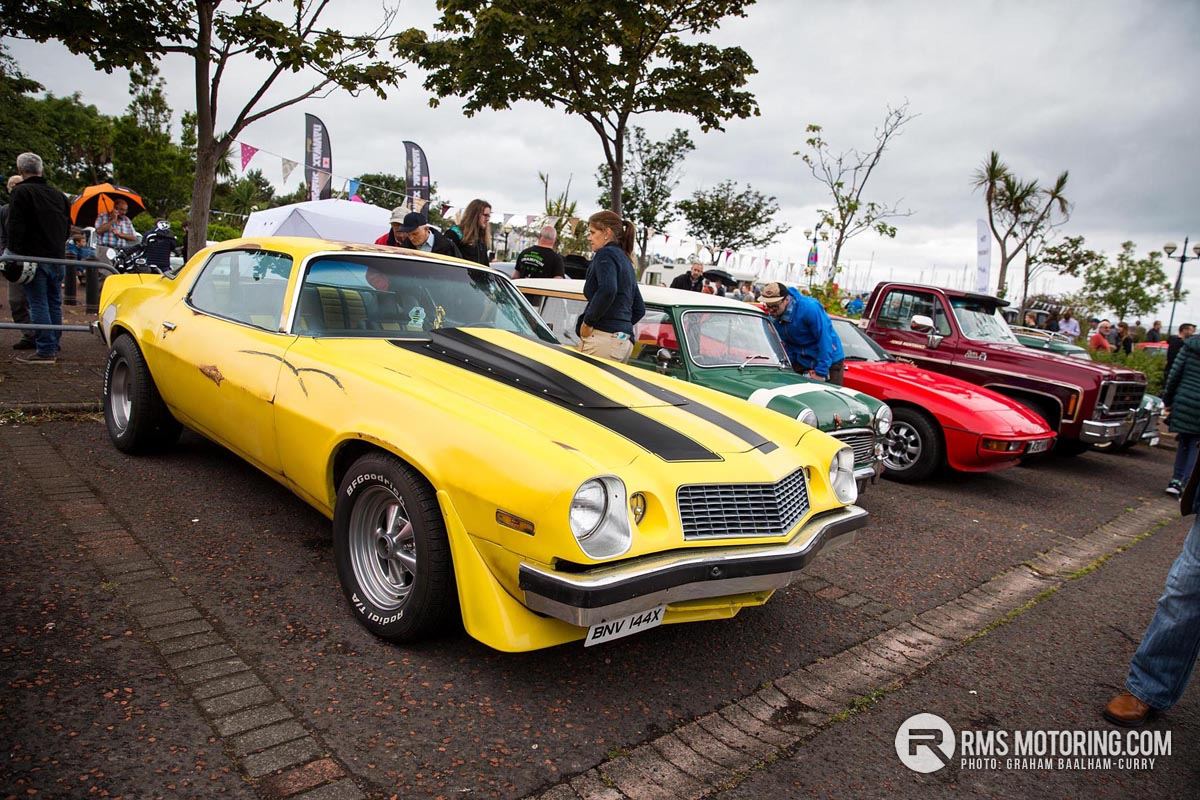 Festival Manager, Alison Gordon, commented, “We have around 75 vintage cars, along with a few bikes and vans here today. They have come from all over Northern Ireland and this is part of our Seaside Revival Vintage Festival, which is about celebrating Bangors past as a vibrant seaside resort and helping us to recreate a positive future for the town, as hopefully Northern Ireland’s top seaside resort in the future.”

Bangors ‘bottom car park’ as it is known to me, and many others of my era who stem from the boy racer scene, for want of a phrase, has been no stranger to various car events over the last couple of decades. Many of these events attracted the attention of the media for both positive and negative reasons, but also that of the local Constabulary for some of the less positive reasons.

Having been around the car scene for so long, it often amazes me how Northern Ireland’s culture has evolved, and for the better, too. It only seems like yesterday that I was attending questionably legal in this very car park that left your lungs filled with tyre smoke and your ears ringing thanks to an abundance of needlessly used anti-lag systems.

It was pleasantly peaceful and somewhat enjoyable on this occasion to revisit Queens Parade car park as it is officially known for this vintage car show. 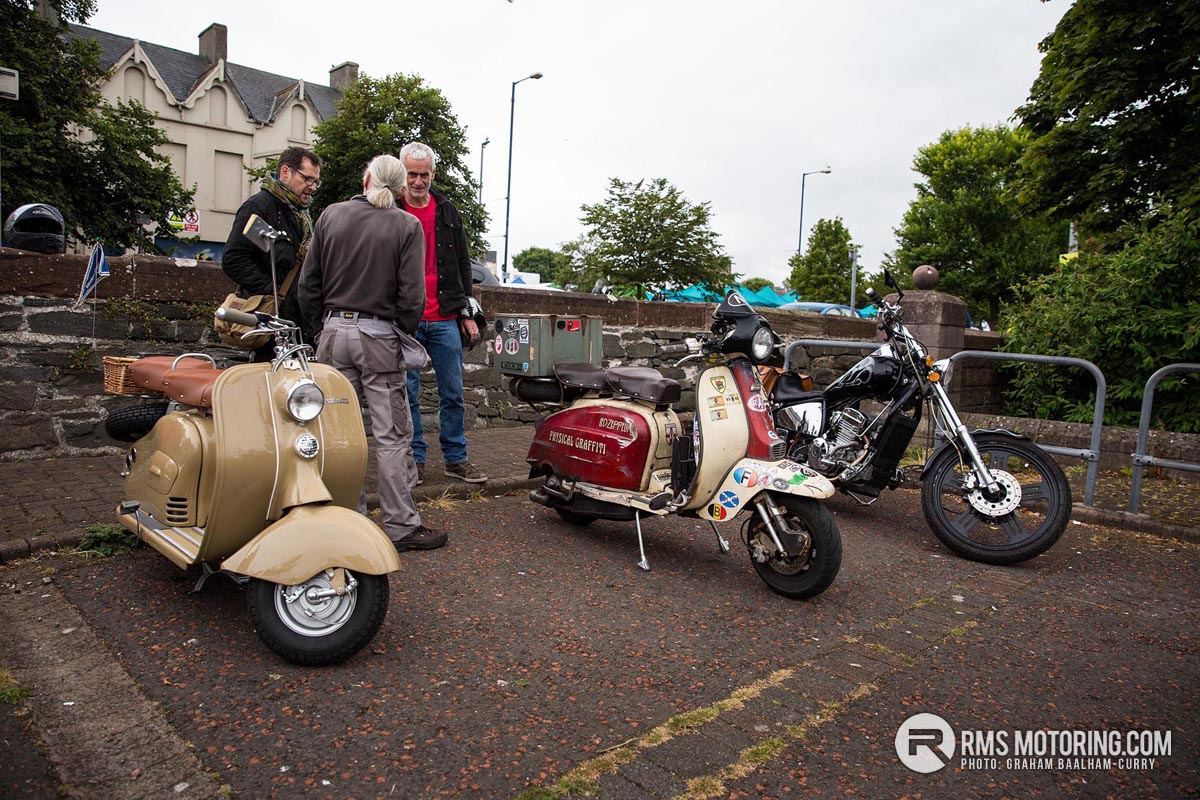 Alison continued, “Where we are standing now was water and rocks 50 years ago, so for us this is a really good use of a car park that has caused controversy in the town in the past, as it separated the town from the water. It has provided valuable car parking, but it was part of a problem and the reason why Bangor effectively died as a seaside Town.

“It is a positive use for this car park which reconnects the town to the sea, through our events. There are major plans for the redevelopment of Queens Parade and part of that will be re-developing this car park into landscaped public space where we can have more events like this where people can see the marina and interact with the water much more.”

Keep an eye on these pages at the start of next summer for news of the 2022 event, as I plan to do some sort of pre-event piece to gain more interest in what is a chilled, family-friendly event.