You are at:Home»Car Show»Titanic Dubs Marks End of 2017 Show Season
By Graham Baalham-Curry on October 1, 2017
Tweet

The dedicated team from GTi NI once again rolled out one of the most chilled and enjoyable shows of the year, Titanic Dubs, for the sixth year running.

This end-of-season send-off was the perfect event to display cars for one last time before they begin their voyage to varying garages all over the country, just ahead of winter, as owners make changes and updates in anticipation of next year’s event calendar. 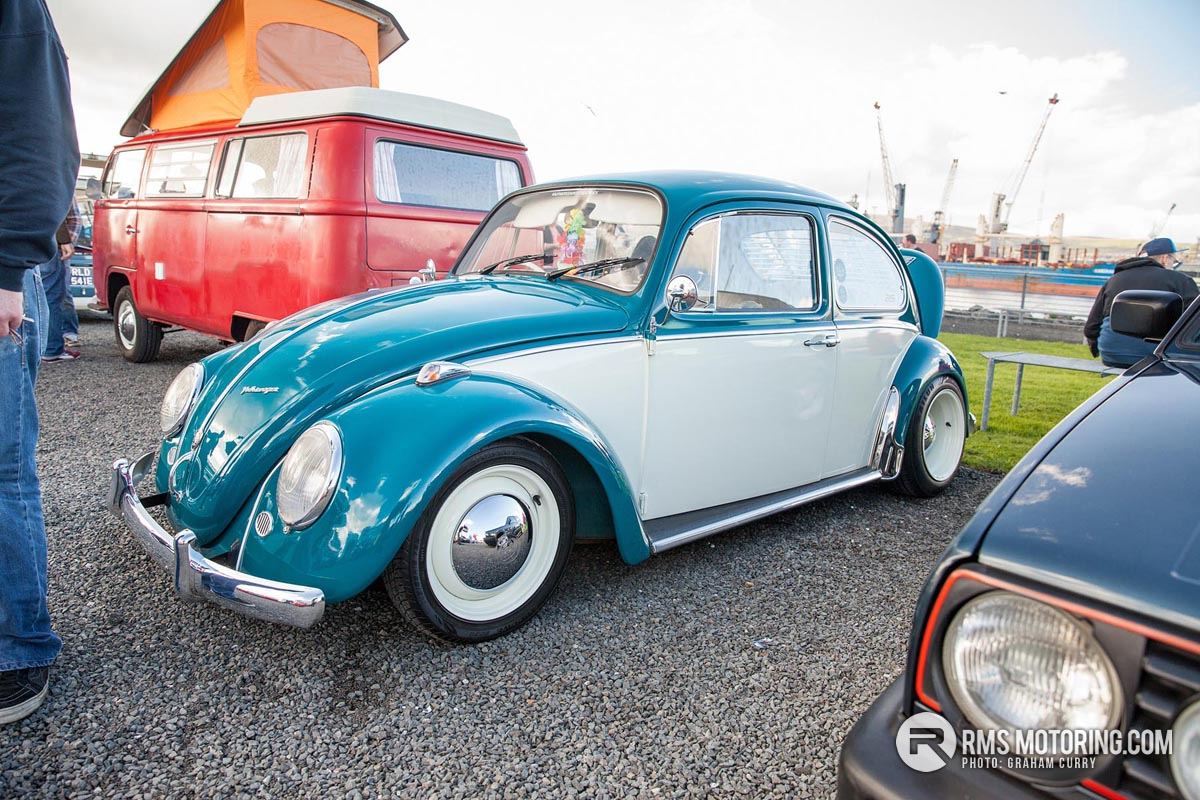 The Titanic dry dock was bathed in glorious early autumn sunshine, making the flawless paint jobs sparkle and leaving visitors wondering if they were really in Belfast.   A couple of hundred show cars arrived to Titanic Dubs in a very mature fashion along with a handful of trade stands in the early morning to set up and by 11:00 the gates were closed and everyone was busy adding the last minute touches and cleaning down cars.

The Titanic Dubs event thrives on the relaxed and quaint atmosphere provided by the historic surroundings, with many cars and vans travelling over the border as well as the odd participant traversing the Irish Sea to absorb what Titanic Dubs is all about.   For nothing more than an end of season show, this is incredible dedication! 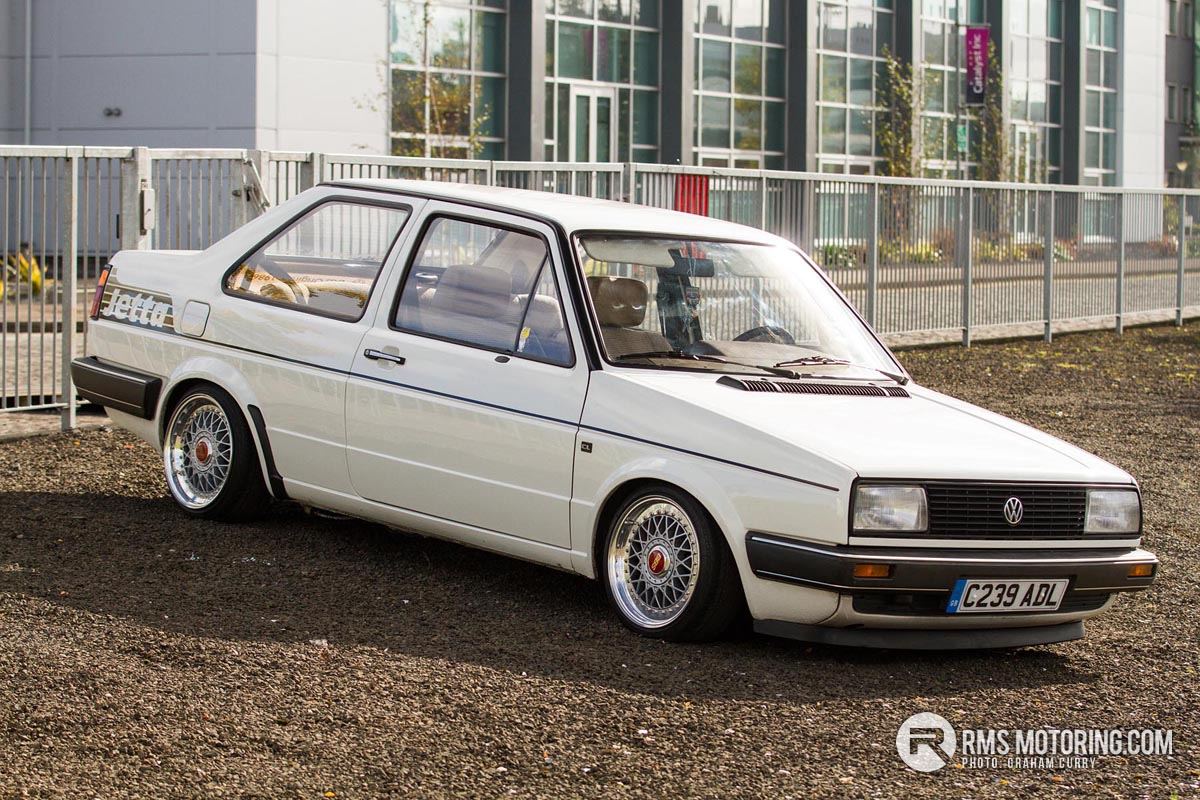 Speaking of dedication several vehicles caught my eye, the owners of which had gone to great lengths to make their own mark, not only setting their machinery apart from the rest but also gaining the admiration of those who took the time to chat and find out all the works that had been carried out.

One car that has been doing the rounds with local REVO dealer, TG Performance NI, has this year seen a major overhaul in the form of matte gunmetal 18” Cades Tora wheels and a matte purple vinyl wrap combined with carbon fibre and gloss black detailing and I think you would agree it is deeply sumptuous. 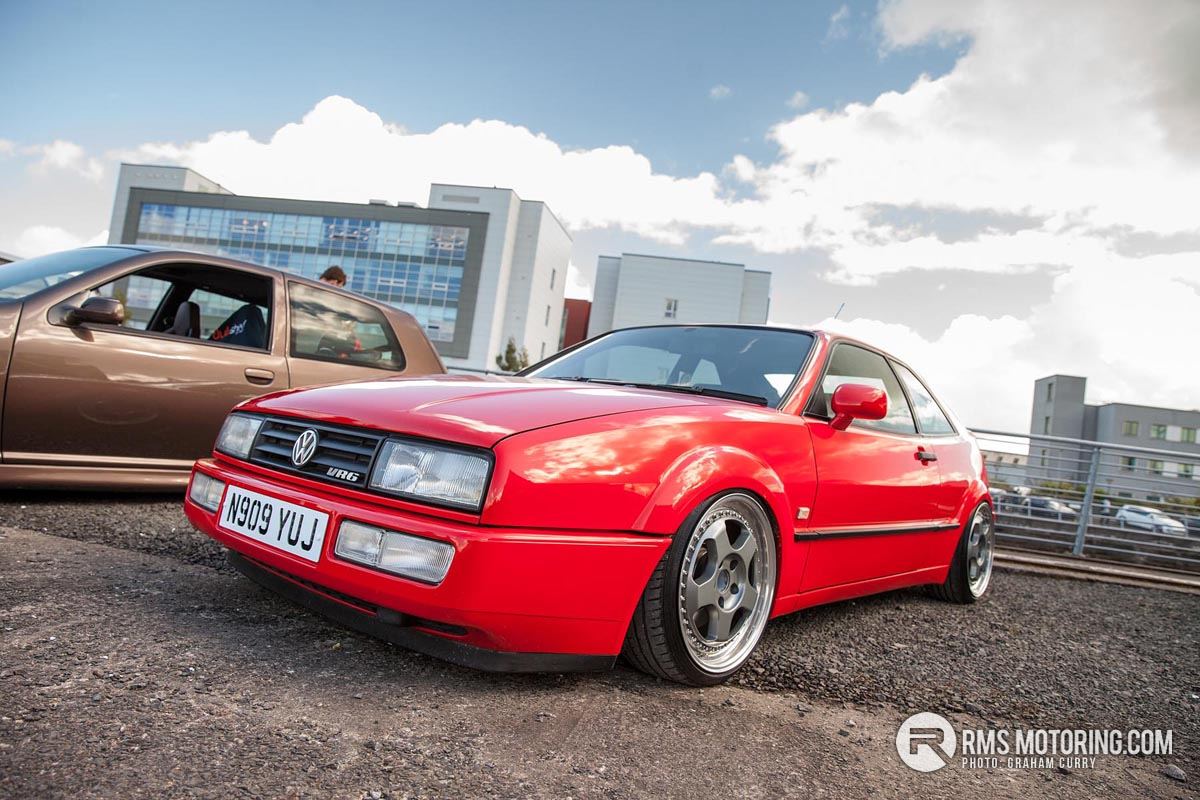 Nigel from GTi NI had a rather fetching red VW Corrado VR6 Turbo on display featuring air ride and incredibly rare 17” OZ Pegasus alloy wheels whilst beside this old dub was my favourite car of the show in the form of a VW Golf MK IV owned by Neil Chapman.

Crossing the pond from Scotland to Titanic Dubs this car is more bespoke than anything else on display and runs a 20v Turbo engine along with monstrous VW Racing brakes tucked behind the 20” BBS LM alloys. The colour choice outside is far from normal and inside is fully fabricated and features a pedal box also. 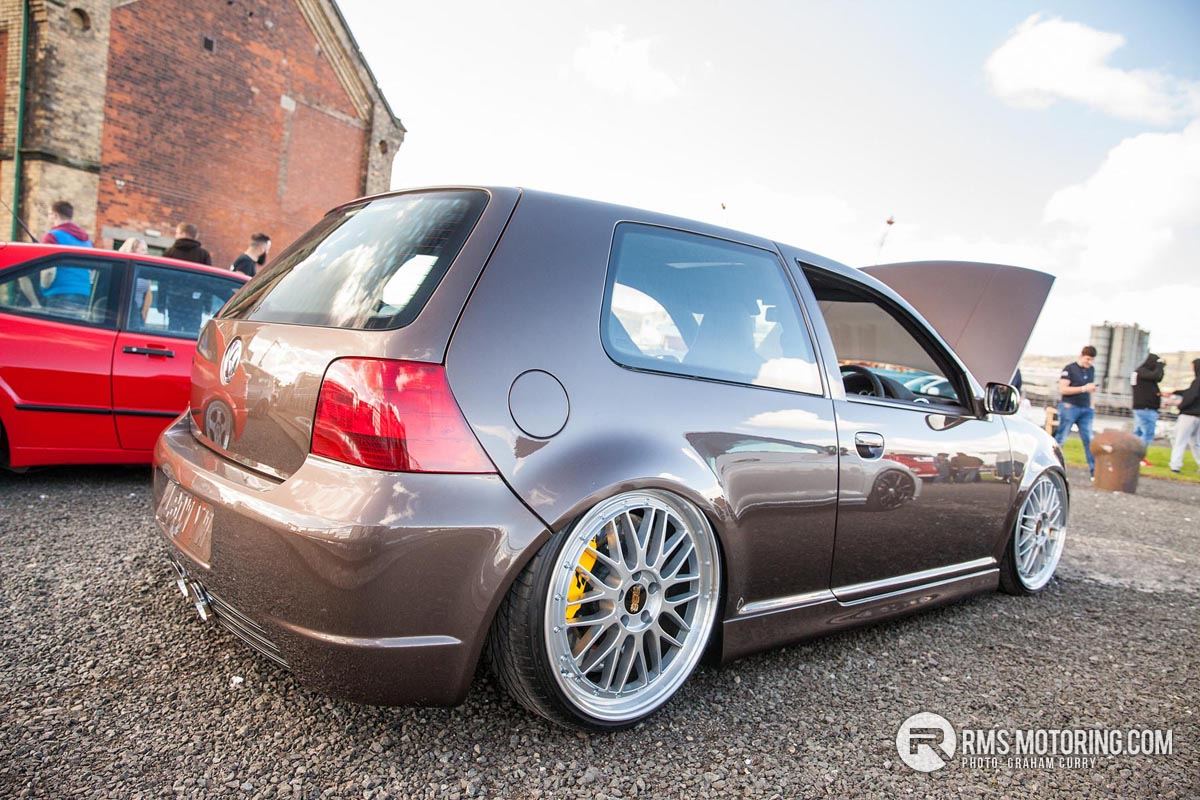 Another vehicle that stood out to me today was a MK VI Golf GTi which was also from Scotland from what I am told and featured Aston Martin wheels and brakes, something I have not seen done before but looked stunning against the deep grey paintwork.

Finally Phil’s T25 extended-cab truck stood out to me as it is a van I have never ever seen before and simply done with the fitment of hydraulic suspension and maybe even a body drop to make sure the whole chassis sits on the floor whilst retaining the old, worn paintwork and blemishes, each of which will have a story.

Top marks to the owners and those who were involved in lovingly restoring and modifying these gems!  Once again, Titanic Dubs was the perfect way to round out show season in Northern Ireland.