You are at:Home»Drifting»Red Bull Drifts into Belfast’s Titanic Quarter
By Andy Cooper on November 23, 2021
Tweet

Red Bull Car Park Drift slid into Belfast last weekend as part of their international series of Gymkhana style events, held in front of the iconic Titanic visitors centre in the heart of Belfast.  Over 5,000 motorsport fans turned out for the two day drift event at the custom built circuit to see the 30 competitors in epic drift cars battle it out.

The event marked the first of the Red Bull Car Park Drift 2022 World Final Qualifiers and with just one qualification place available for the 2022 World Final, competition was stiff with competitors from across Ireland determined to make their mark on the Irish and International drift scene. With a maximum of 400 points on offer, drivers were marked on the quality and precision of their performance as well as the look and noise of their car and trye smoked kicked up during the run. 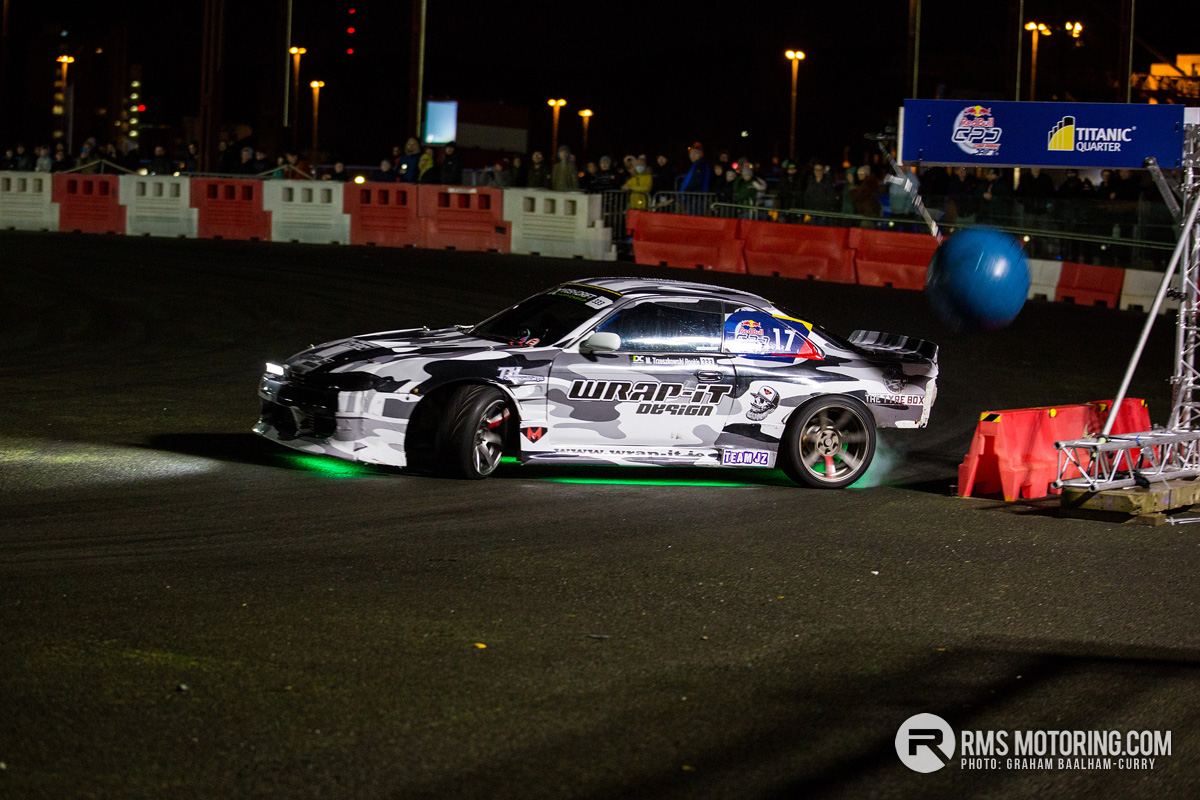 Though Irish Drift Championship driver, and favourite to win going into the final four, Alan Delaney scored highest in the first round and top 8 of Sunday’s Final, it was Tyrone’s Kevin Quinn, one of the ten wildcards, that took the title and qualification to the 2022 Red Bull Car Park Drift World Final with 268 points. A promising start for Delaney, it was the final run that saw too many penalties incurred, leaving the Laois man one step off the podium in fourth place. 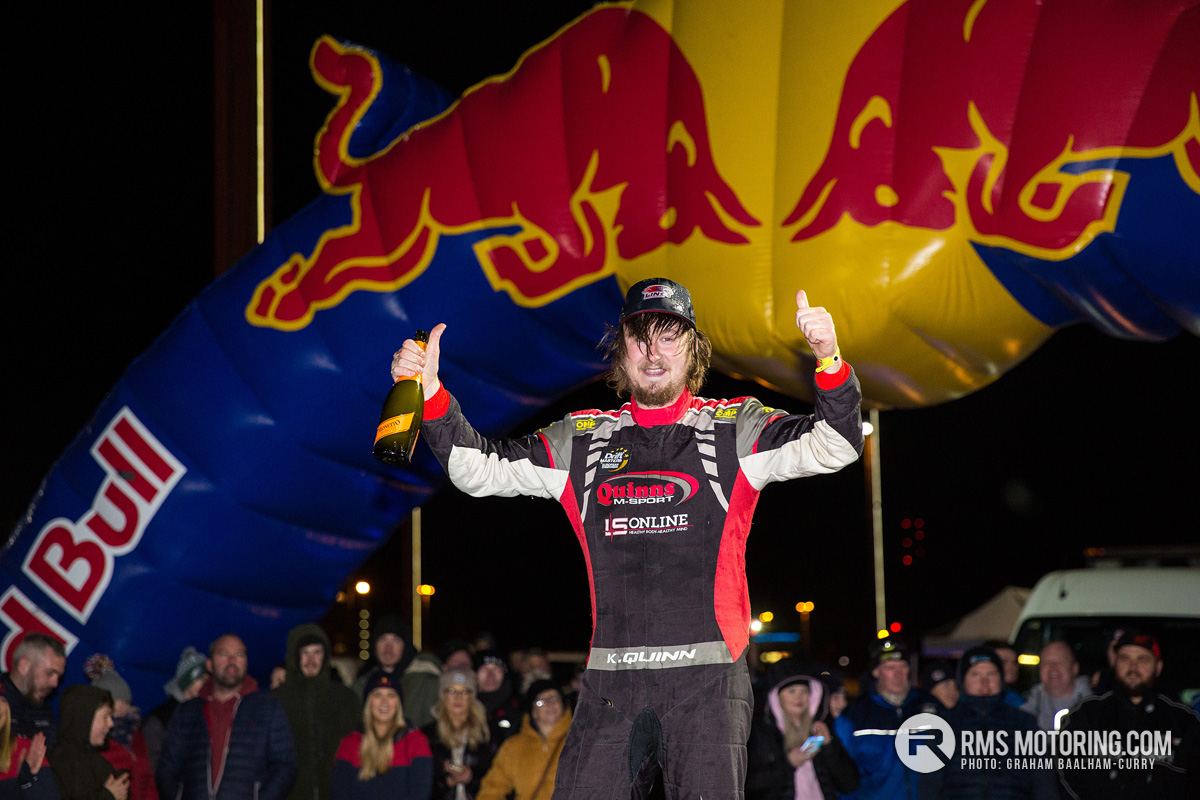 Wildcard, Donegal man Terence Fury impressed the crowd and judges, having missed out on Saturday’s practice round, he took to the track for the first time in Sunday’s competition, producing an impressive display across all three rounds and securing second place, just ten points shy of Quinn in first place. Shae Rodgers from Londonderry batted away the competition with a smooth three rounds, earning him a spot on the podium in third place.

An impressive field in the competition also featured 14 year old Conor Falvey from Cork, drifting alongside his father, Thomas Falvey both producing performances to be proud of, and Neil Dunne who kept the crowd entertained with his unpredictable and exciting performances. 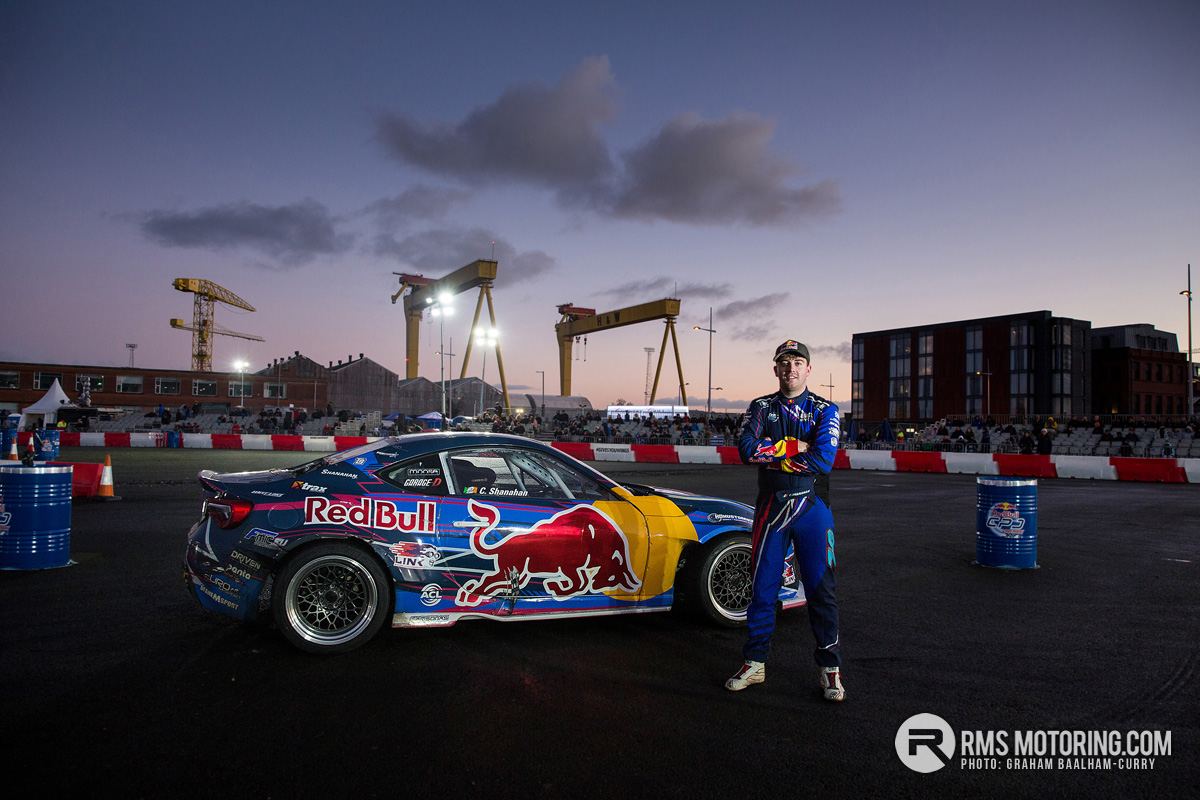 Irish and European Drift sensation, Red Bull Athlete Conor Shanahan showed just how good he is, though not competing, he took to the track to open the event in a flawless opening run on both days in his 780hp Toyota GT86.