The international road racing season begins in earnest tomorrow, with the opening three races of this year’s North West 200. In recent times, the event has been beset with poor weather; however the sunshine has been unyielding along the scenic Causeway Coast, resulting in perfect conditions for racing.

First held in 1929, the NW200 is a pure street circuit using the roads which link the seaside towns of Portrush and Portstewart with Coleraine. The track has a distinctive triangle shape consisting of two long, very high speed straights, connected by the sweeping road which hugs the spectacular Atlantic shoreline.

So what’s it really like to lap this circuit at an average speed of 120 mph or higher? Climb aboard John Burrow’s bike for a 360 degree view, courtesy of this amazing video from the BBC:

The practice sessions on Tuesday illustrated how close and insanely fast the racing promises to be. In the superbike class, a number of riders broke the circuit speed trap at over 200 mph. Ian Hutchinson and Michael Dunlop shared the honour of setting the highest speed, as their respective BMW 1000RR machines cracked an astonishing 203.4mph.

Dunlop also went on to set the fastest lap on his Hawk Racing BMW in the last seconds of the session. Alastair Seeley, who will endeavour to collect a 16th North West 200 win during the two race days, was second fastest. If he succeeds, Seeley will eclipse the record set by Michael’s father and road racing legend, Robert Dunlop.

Hutchinson was only 3rd fastest, despite equaling the outright speed of Michael Dunlop. Veteran John McGuinness claimed the fourth fastest time on a Honda and the equally experienced Michael Rutter took another BMW to 5th overall.  James Hillier was the fastest Kawasaki in sixth place on the Quattro Plant backed biked, closely followed by Peter Hickman on the JG Speedfit ZX10R. 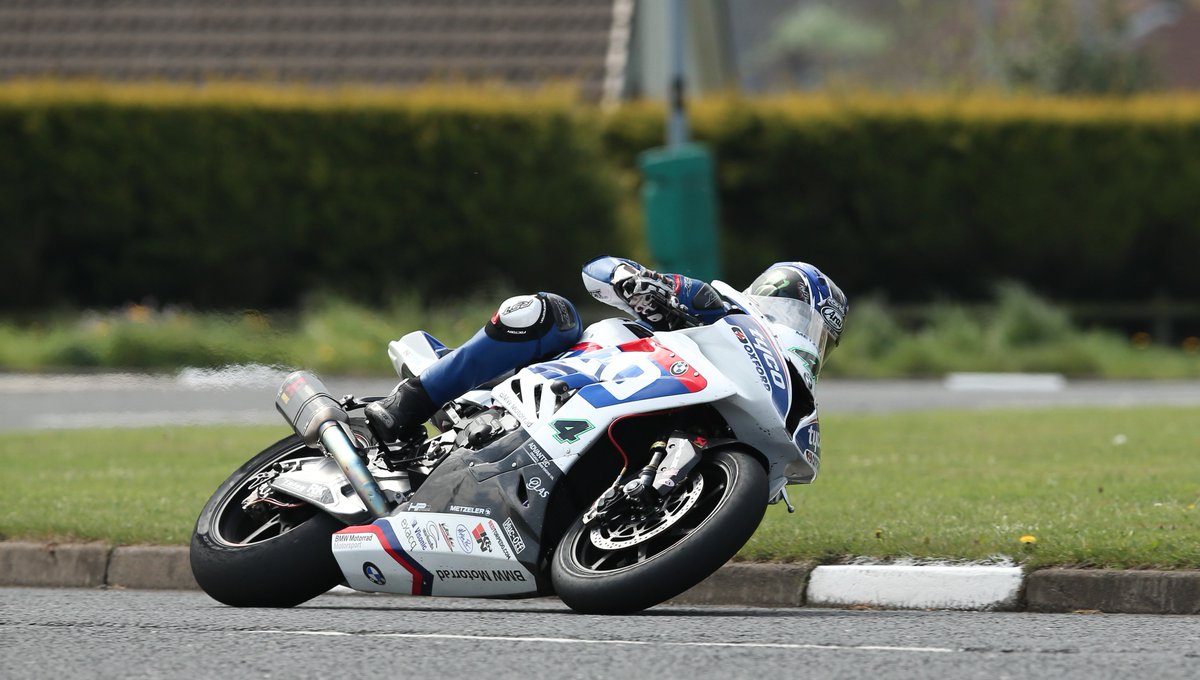 A duo of Hondas ridden by Conor Cummins and Bruce Anstey occupied 8th and 9th place on the time-sheets, meanwhile Lee Johnston battled through the pain barrier to round out the top ten on the East Coast Construction BMW.

Supersport remains an Alastair Seeley specialism. The Wee Wizard was posted a fastest lap on the Gearlink Kawasaki that was significantly fastest than second quickest, Ian Hutchinson on the Team Traction Control Yamaha Martin Jessop was third aboard the Riders Triumph.

Michael Rutter posted an unoffical lap record during superstock practice. Yet again, the familiar pairing of Seeley and Hutchinson were in close pursuit.

Read More on the Forum: Show all 98 comments