Okay so I will start with the fact I know nothing about motorbikes, I used to ride a bit of motocross when I was younger and have had a couple of short thrills on some friends bikes but my experience has always been cars.

It seems like all my close friends now have bikes and after some pondering over new car projects I decided to give bikes a go for a while instead, the thought of a summer trip out on a bike is very appealing, so the hunt began for something, my criteria was pretty much something I liked the look off and fell into a £3000 budget.

I quickly found myself loving the shape of the GSXRs, seemingly they were a bike which looked much newer than they actually were and according to some people who know more about them than me, had good engines.

This came up local to me on Facebook market place , unfortunately slightly out of my budget, but had been advertised for a little while and the guy had 4/5 time wasters not show up to view, after viewing the bike I managed to agree a price I was happy with and I trailered it home this evening. 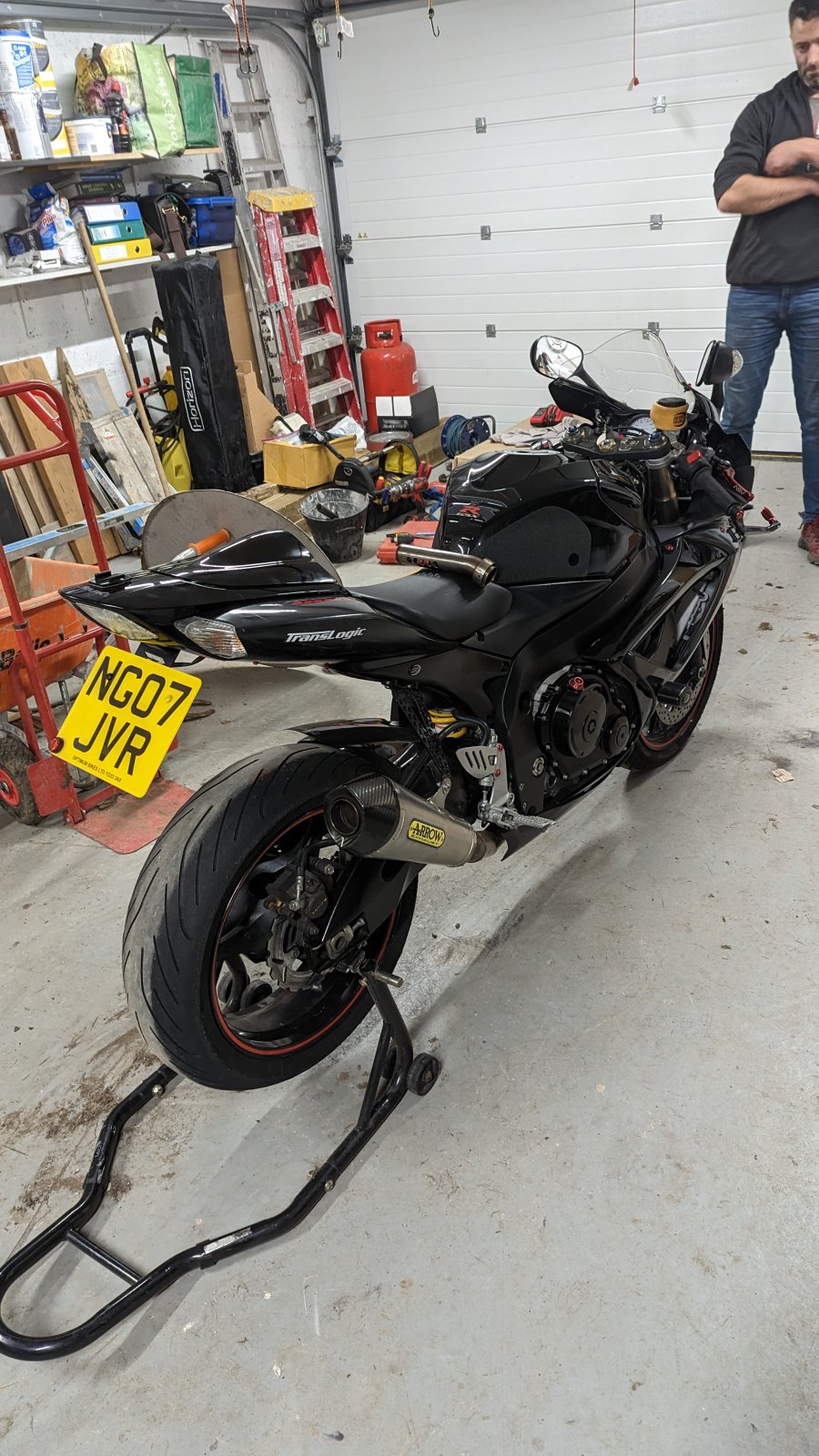 Probably looking to make a few subtle changes to it but overall I am pretty happy with the purchase, hoping to get it out into the daylight over the weekend and give it a proper once over.

Will take some further better pictures at the weekend.

Best of luck with it!HTR...

You'd not think for a second that was 15 years old.

Fantastic choice and looks to be a great example, hard to beat a 600 for the road. The value of them will likely go up too, now that suzuki has killed the gsxr.