Well I've been a long time admirer of 997s and have been wanting one since I first saw one . The return to the round headlights just done it for me and I thought they were perfect looking and still feel that way about them . After making my mind up that the Exige was going there was only ever going to be one replacement and that was a 997 and preferably a 3.8 C2s . When I seen this car come up and it ticked all the boxes apart from that it had black wheels but that was easily sorted . I immediately thought I'll offer him the Exige to see and to my surprise it turned out he was a lotus fan and apparently his girlfriend has an Elise that has the Exige stuff on it so lots of pics were exchanged and a phonecall and a deal was done and I was on the Liverpool boat the following evening . We got onto the M6 and headed south and luckily the roads were surprisingly clear so we got a good run down . We met up had a look round each other's cars and a drive of both then off we went but decided lets take the long way home and go via Scotland . It was a brilliant blast home and some lovely sights on the way .
Anyhow enough waffling , it's a Basalt Black C2S with the factory Aero Kit . Has a mountain of receipts and has been serviced and maintained regardless of cost . Has Bose and PASM etc . It also has a full Kline stainless exhaust system so sounds lovely when above 4K but just stock up to that . There's a receipt for £1900 just for the exhaust . As soon as I seen it on 4 Michelin Pilots I knew it was the one for me lol . I have a thing about Michelins and love them on anything. If it had been on 4 Chinese ditch finder tyres I wouldn't even have went across lol.
Soon as I got it home the black wheels were straight off and away for a Refurb to sparkle silver .Also the colour coded lip taken off and sorted as it needs to be in the plastic finish same as a gt3 just to break up the bumper a bit . Only plans now are maybe a set of eibachs to close the arch gap a tiny bit but only very slight as in 30mm max providing it doesn't cause any PASM issues or ruin the drive . 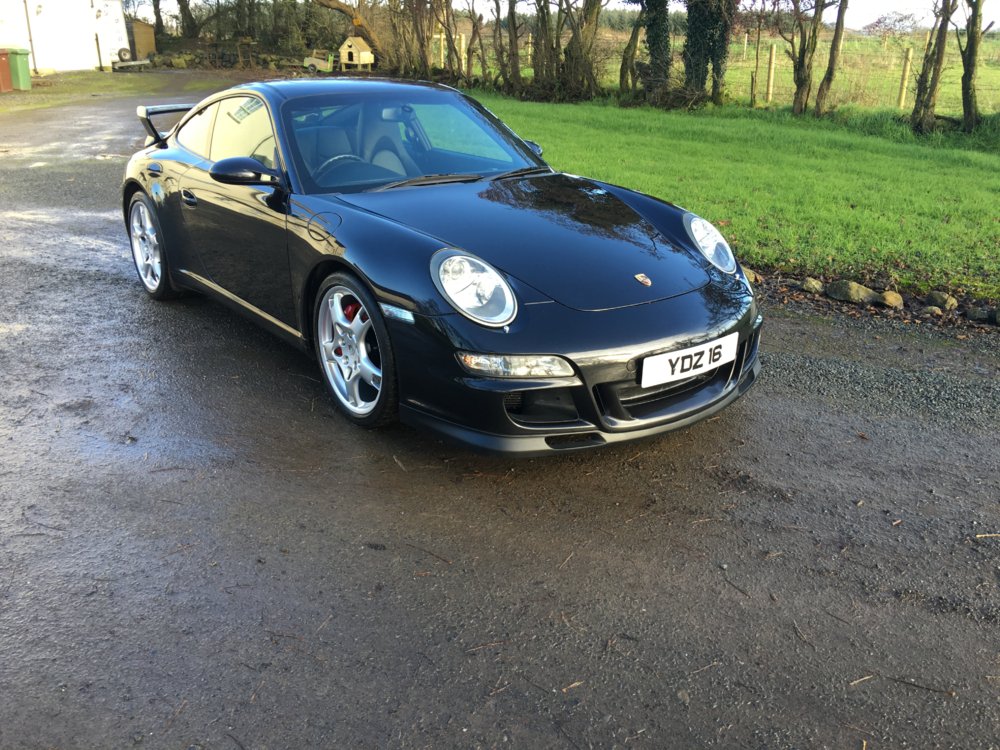 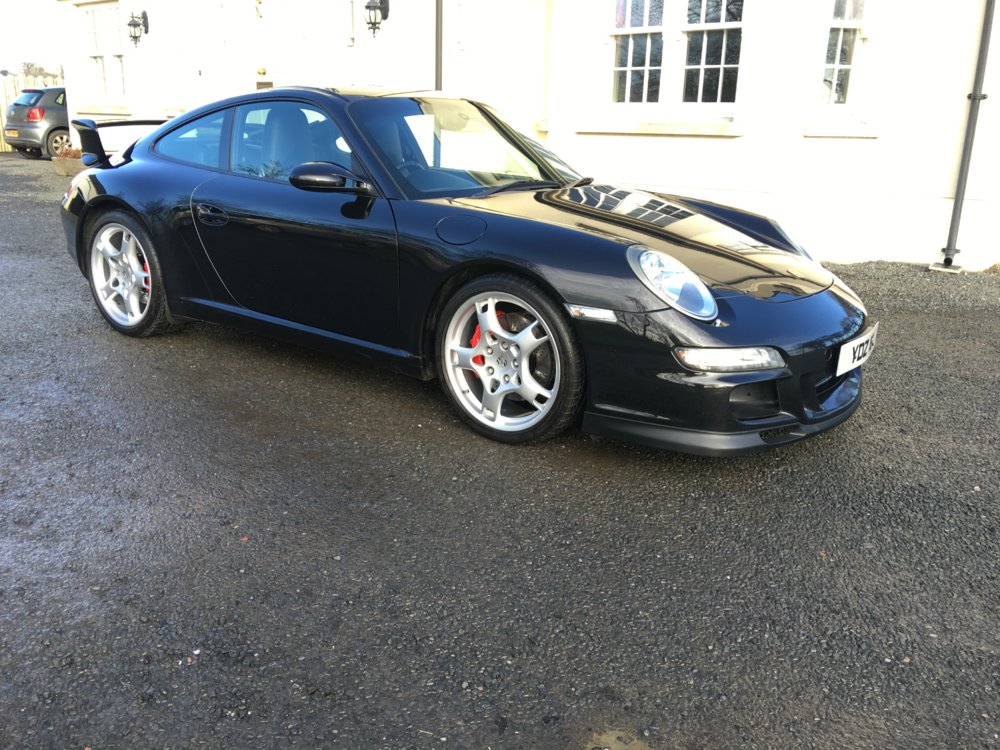 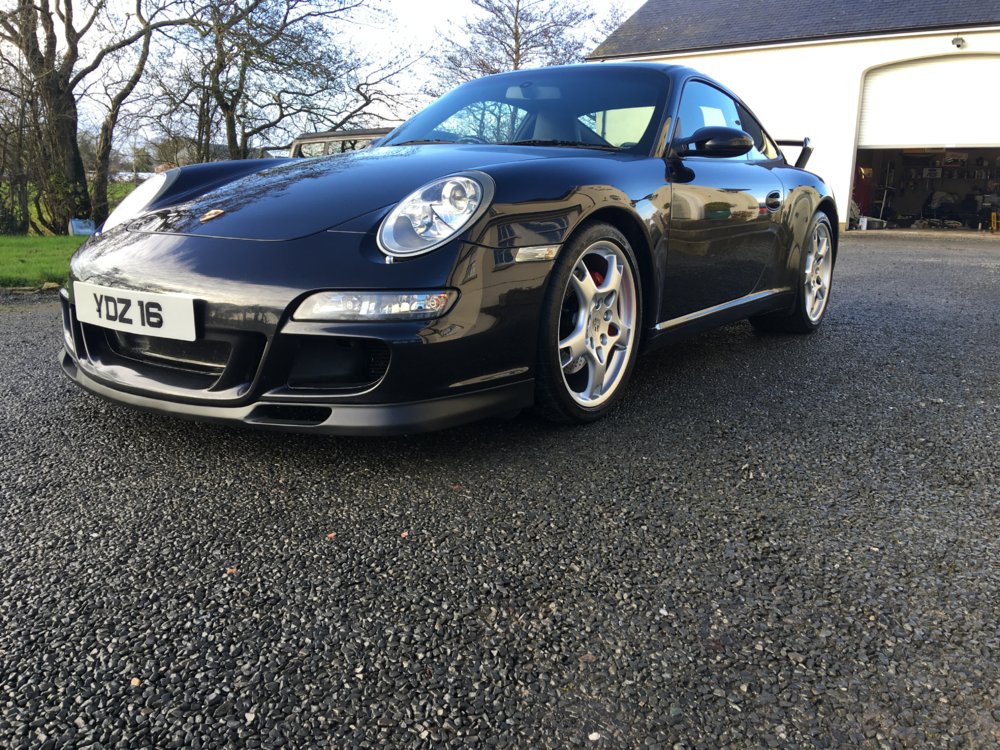 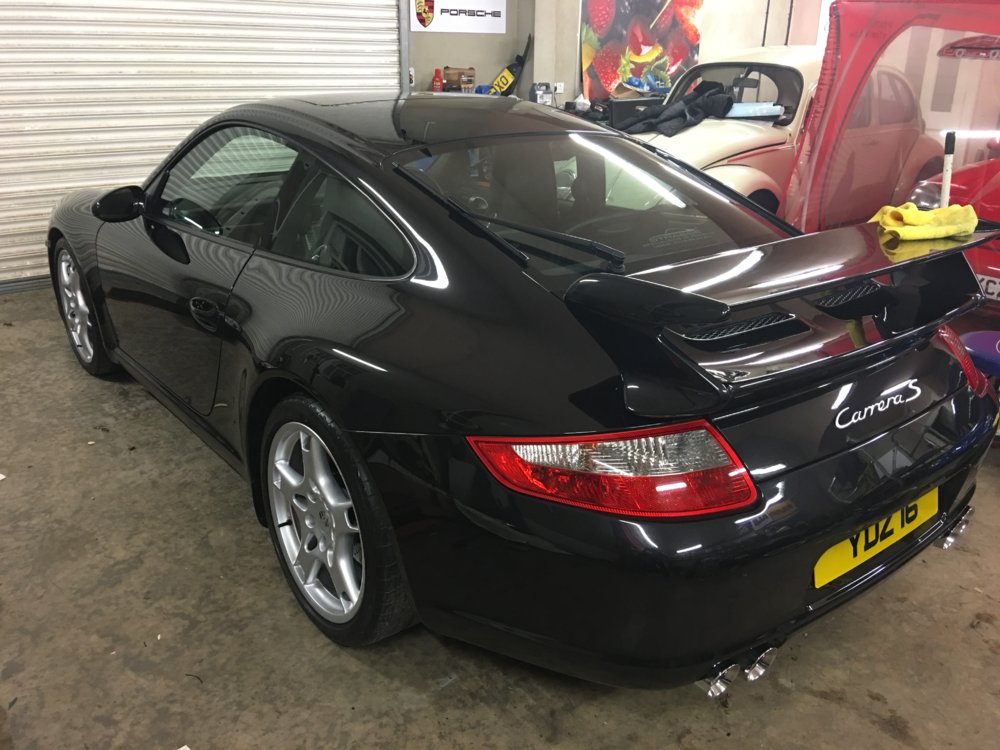 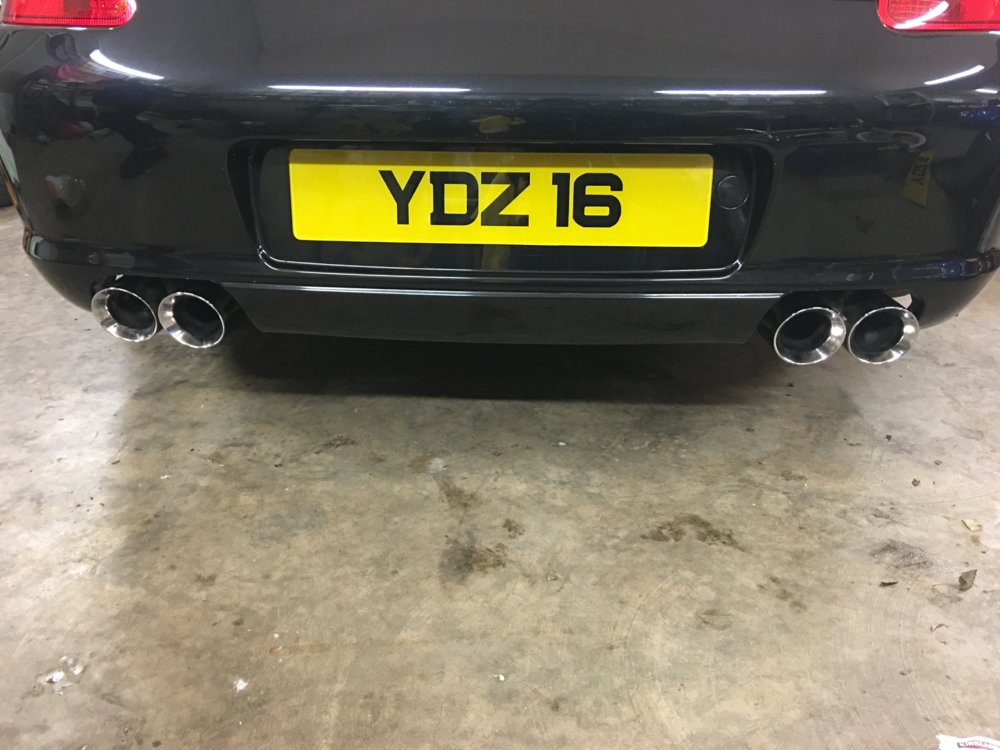 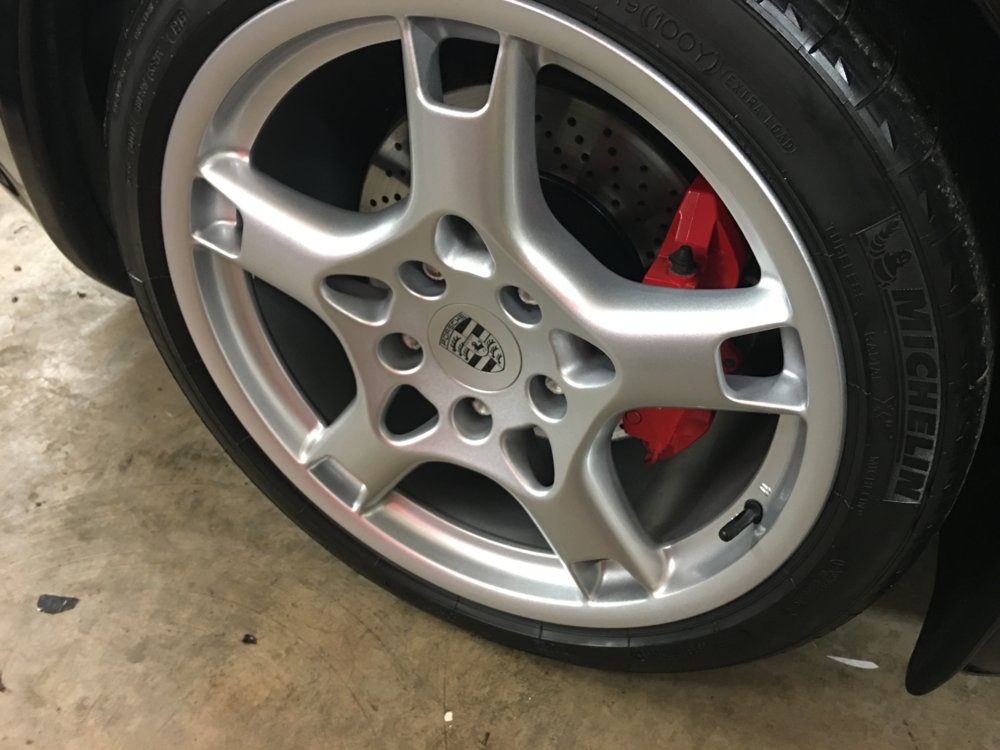 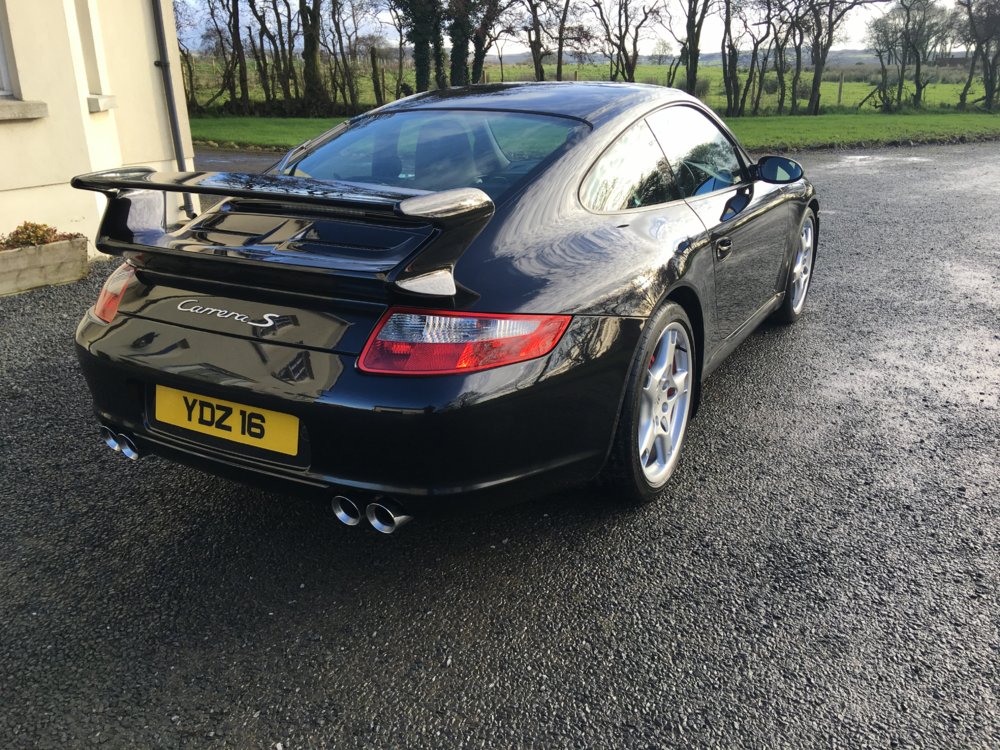 Fantastic. Completely agree about the headlights, I’m a big 997 fan too.

Lovely! sounded so handy having the both of you interested in each others cars.

That is absolutely perfect, HTD!

cormac81 said:
Lovely! sounded so handy having the both of you interested in each others cars.
Click to expand...

Yes I love a swap deal it's so easy . That's how I got the Exige too , I swapped the RS focus and a little £ for it . Drive one over and drive new one home .

JamieG95 said:
That is absolutely perfect, HTD!
Click to expand...

Thanks bud . The aero kit on them is just perfect in my eyes too.

Not usually a big Porsche fan, but love the look of that one. Kit and wheels all work so well on it!

Class Neil, you've some taste in motors. I must make the effort and get up for them plates.

You can have it warmed up for me

That’s just beautiful, one of my favourite shaped cars and a 3.8 as well

Thats very nice! Tyres are always a good tell tail of how the car is! Enjoy!

Must give you a shout about plates in that font on this in the new year.

Absolutely class Neil. Living up to expectations so far?

Got my first swap deal last week - so efficient, so satisfying!

This looks great & yes the Eibachs just make it that bit sexier. Think it dropped mine 25>30mm.

Really does take that spoiler for me! Looks fantastic. HTD

Superb mate ! That is perfect.

Got my first swap deal last week - so efficient, so satisfying!

This looks great & yes the Eibachs just make it that bit sexier. Think it dropped mine 25>30mm.
Click to expand...

Nice one Barry what did you get ?

Also good to hear on the Eibachs , did they still feel OK to drive with and didn't hurt the ride quality ?

[email protected] said:
Nice one Barry what did you get ?

Also good to hear on the Eibachs , did they still feel OK to drive with and didn't hurt the ride quality ?
Click to expand...

Swapped a Sierra 2.9 24v for a SWB Shogun that I had been after for a while!

Yes I would even go as far as to say the steering felt more direct & the car flowed through corners even more fluently. I don’t recall the comfort being jeopardised but experiences may vary with age lol

Sounds like a handy trade for a car you wanted anyway. 997's are lovely.

Hollybrook sports cars just up the road from you have a black 997 almost identical to that. The price large! LOL