Had been on the hunt for a replacement for the C350e and decided it was time for another decent sized diesel with some poke.

Having looked at the usual suspects, 3/5 series, A4/A6/A7 etc I found myself sitting in an X3 in Prentice's one Saturday morning thinking “this is where I want to be”

They were looking steep enough money and it was only a 2 litre so off I went searching Autotrader nationwide. After a short search I found a well specced one in Phyontic blue in Chorley, deal provisionally done bar the paperwork.... or so I thought.. an hour later the dealer rang back to say someone else local had walked in with a trade in of value to him so he had to go back on his word.

Not one to fall down at the 1st hurdle off I went again, found a white one in Wales and after some negotiation deal was done, deposit paid and flights/boat booked! 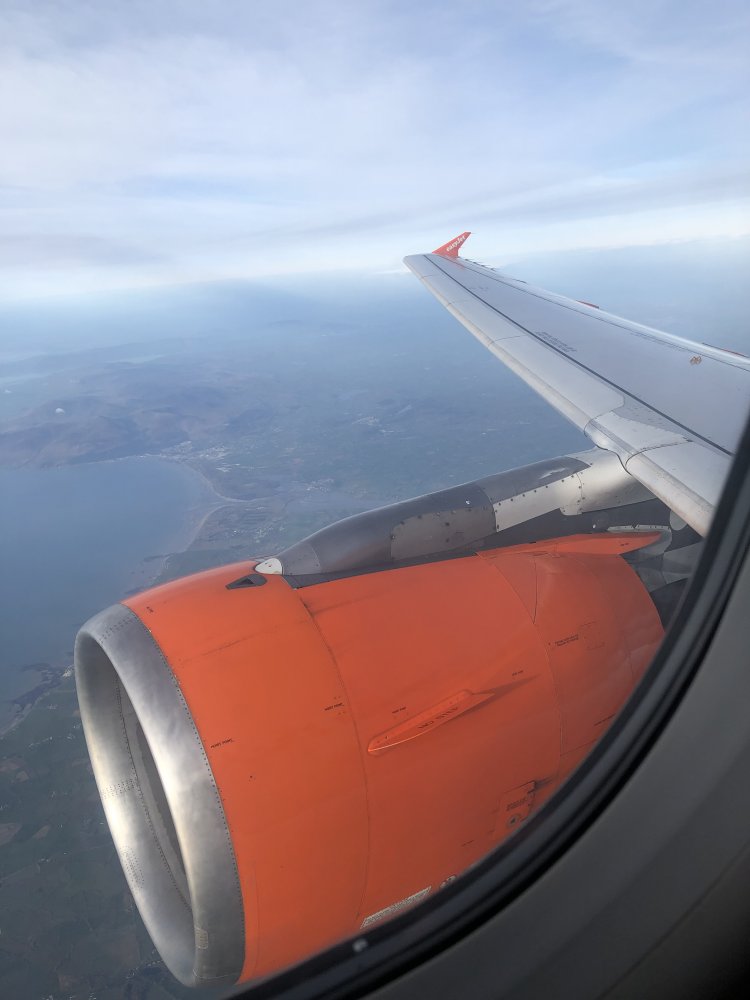 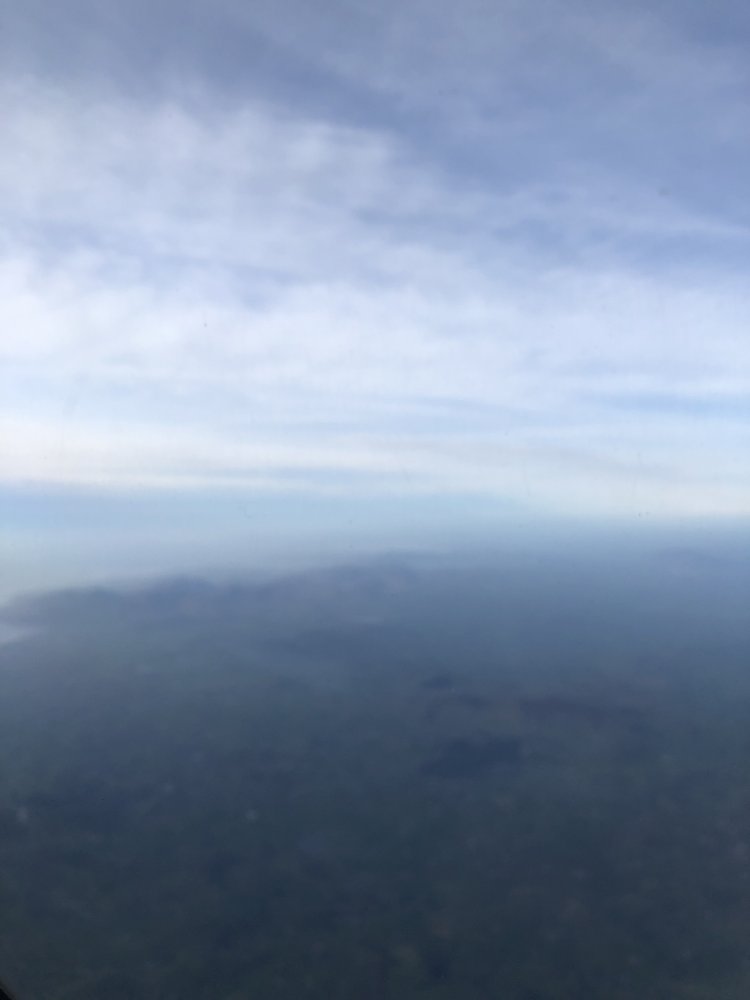 The salesman kindly picked us up at the airport (getting into the car I asked him, now is there anything I should know about the car before we go any further, having already asked the same question several times before finalising the deal, his answer was “no, it’s immaculate, we sold it 1st new” so, off we went for the 60 min journey, which took us nearly 2 hours thanks to his lack of concentration...

Was all too much for some We landed and it was deal done, paperwork signed, keys handed over 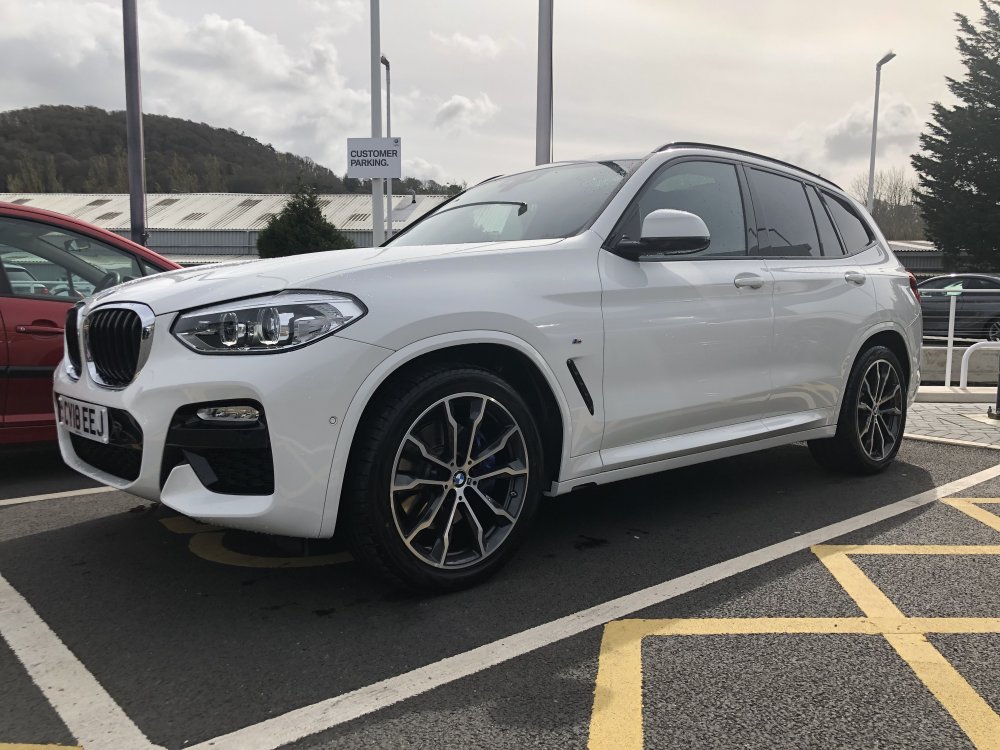 Few nice yolks in the showroom 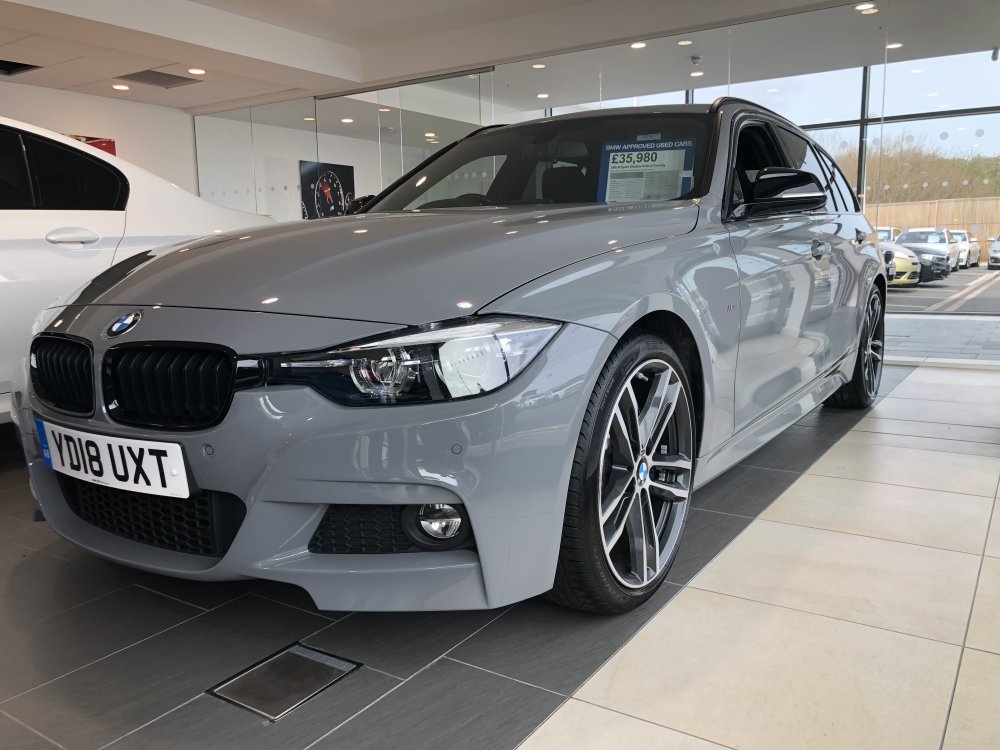 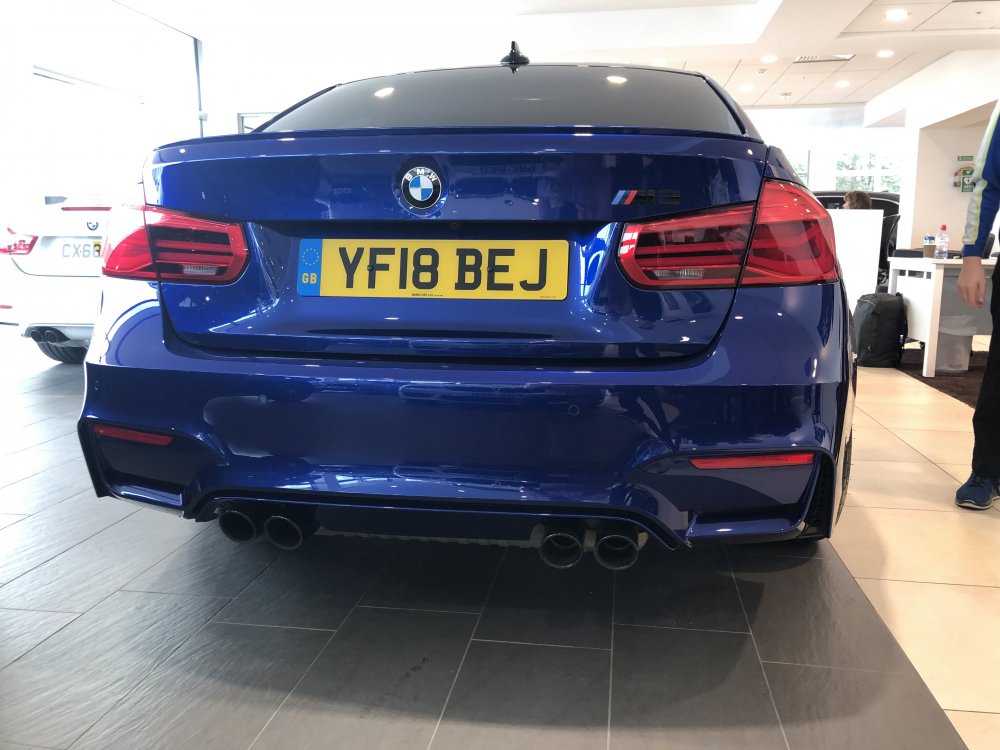 It was then off for a road trip through Wales, England & Scotland, didn’t get many pics but parts of the scenery were stunning in particular the lead up 50 miles or so to Carlisle.

Sailed Cairnryan to Belfast and home that night for 10pm, all in all a lovely trip! 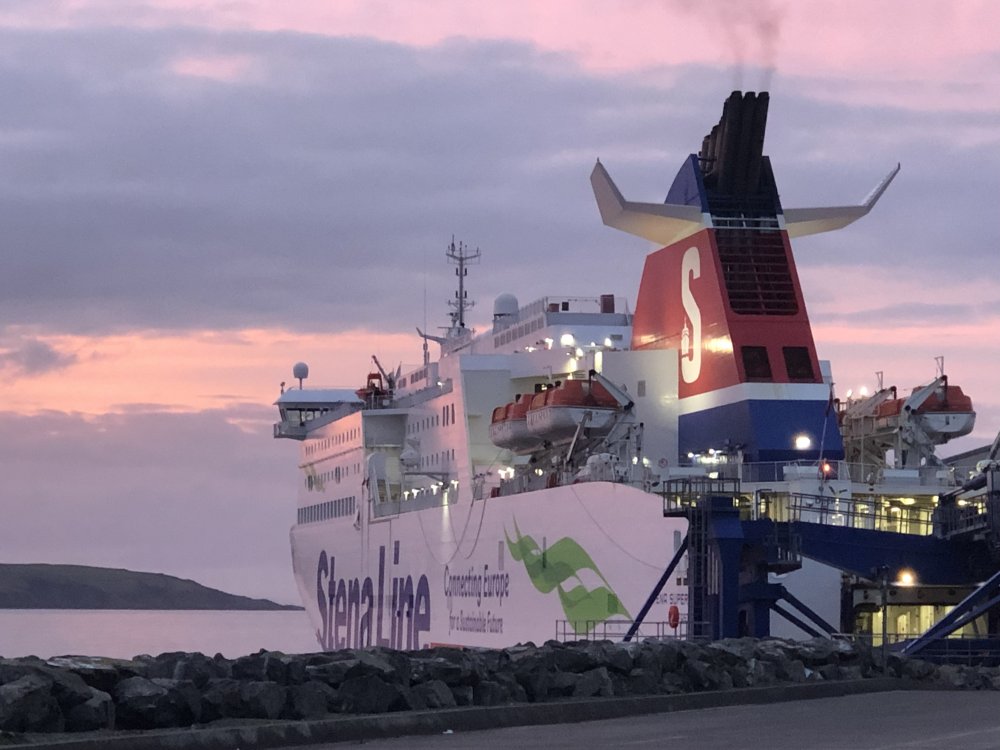 Then..... on the Wednesday night after I went to wash the car, was an overcast evening and I looked at the drivers side... How I didn’t see it any earlier is beyond me

Rang the dealer the next day and told him it had been painted. Initial reaction was “no, definitely not but I’ll check it out”.... 2 hours later he calls back “yes, it was repaired, the door blew open and was damaged so the owner put a new door on... we did it in house and it was a professional job” I replied stating that I’m wasn’t sure of his standard of professionalism but a botched colour wasn’t in my eyes”. He offered to refund my deposit or cover the repair and asked me to have a think about it..

Meantime I took the car to Porters, they confirmed it had a door but also there was very slight crumple damage on the quarter. Made my decision easy.

Fast forward a few days. I’d taken another look in the classifieds with very little matching the bill until I came across a black X3 with slightly more spec & a thousand less miles in one of the aforementioned dealers other sites, was slightly dearer but they replicated the deal and delivered the car to me picking up the other one. 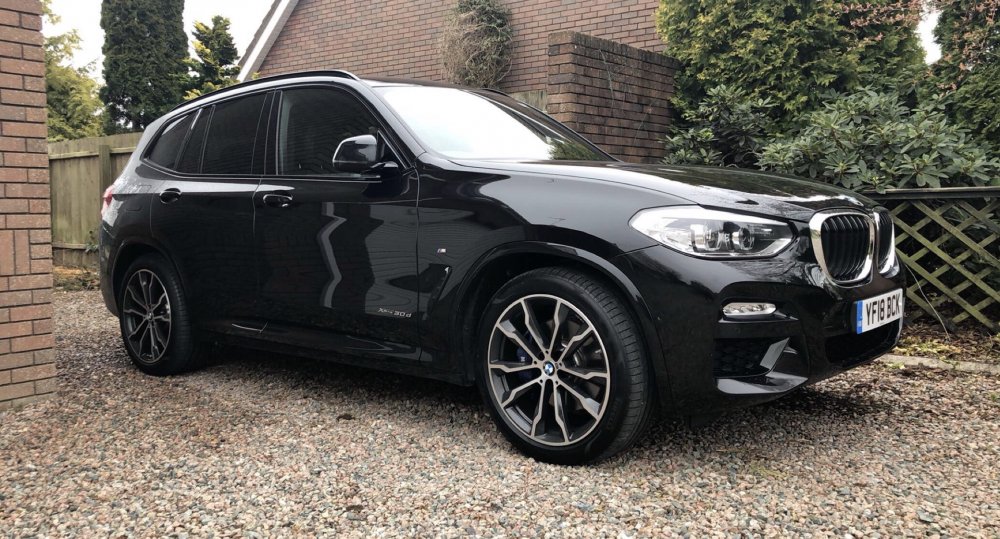 I’m over the moon with it, much prefer it over the white now, looks much richer & love the interior, have never seen it before in one.

Plans so far are black kidney grills and get my plate on then get it well protected, never had a black car before and know it will break my heart but by god it looks good when it’s gleaming!

Thoughts are ceramic but also part of me considering good aul wax as it’s always faired well up to now..

That turned out alright in the end and at least you got the road trip with your cub out of it. I love a tan/brown interior and goes well with the black. HTD

Yea the black would be my choice too especially with the interior. Glad it worked out for you.

Didn't know where this story was going once you mentioned the damage but fair play to the dealer for not being pr1cks about it and sorting you out.
Loved the white one until I seen the black. Your heart will be broke keeping it clean but it looks so good.

MarkP said:
Didn't know where this story was going once you mentioned the damage but fair play to the dealer for not being pr1cks about it and sorting you out.
Loved the white one until I seen the black. Your heart will be broke keeping it clean but it looks so good.
Click to expand...

Was pretty nervous at 1st myself when I found it, wasn’t sure what way it would go but they held their hands up and were very professional about it. Some snout on yeeee

Lovely! Looks so much nicer in black, and that interior is superb!

Nice job with the black kidneys, really helps the front end as the chrome makes it look awkward.

. I would def get it coated.

suckindiesel said:
I would def get it coated.
Click to expand...

Thanks Chris. Yeah, same village, just a smaller development & a bit bigger house, had a wee late one last year so needs must and all that! Aw mate, what a nightmare!!

Terrible thing.....my mother in law who is 86 did the same recently in her Yaris....she was so embarrassed.

John J said:
Terrible thing.....my mother in law who is 86 did the same recently in her Yaris....she was so embarrassed.
Click to expand... Any excuse for some new wheels...