pablo said:
I dont think he blamed Bottas, but said it was a contributing factor.
Click to expand...

Been many cars stopped in the pits at bad angles, went too far and even hitting pit crew yet I’ve never seen a wheel but strip like that.

that incident was completely the teams fault for one reason or another.

weeloaney said:
Been many cars stopped in the pits at bad angles, went too far and even hitting pit crew yet I’ve never seen a wheel but strip like that.

that incident was completely the teams fault for one reason or another.
Click to expand...

Agreed, I cant see how Bottas takes any blame for that whatsoever. If the wheelman f**ked it up because Bottas wasnt on the marks its on the wheelman for not adapting to the situation.

Yea I thought that both drivers were given the choice of setup? Bottas certainly “wasn’t left on the old setup” as has been claimed in here from any of the interviews I saw bot pre and post race!

Now, some of that will be down to team management and team tactics, but a lot of it is down to the driver.

I know folk will say that playing second fiddle will have an impact on his mental well-being and ability, however he was aware of the role he was going into when he agreed to join the team and as such he should’ve prepared himself mentally for that role!

I realise that there’s the “true racer” mindset to consider and he, like everyone else on the grid will always aspire to be number 1, but he needs to work on his own demons and become more consistent.

I wouldn’t say he’s sheeeiiiittteee, he’s just not as good as Hamilton or Verstappen.

What a crazy race. I can't believe they didn't finish the race behind the safety car that close to the end. Feel sorry for the people that worked hard all race to work their way up to then be skunked by a very late restart but it was awesome to watch. That was a tough day for Stroll & Max, both very high speed crashes. Just unbelievable that it's "debris" and not the tyre itself. Gutted for Max to be leading and not put a foot wrong to go out like that but with Lewis not getting a point he won't feel so bad.
Happy for Perez, great drive from him and he needed a win albeit with a DNF from Max. What a result for Vettel, I thought after Strolls crash he might finish on the podium with the strategy the team had for him. Well deserved driver of the day. Gasly had a bit of luck but he will take that, great drive as well. Things just didn't go Charles way but 4th wasn't terrible. Hamilton again showing his class in what was a mid pack car, he had that race won but hit the magic switch again some time between race start and turn 1. 100% driver error there, great race from him up until then. Bottas has had some bad luck but sometimes people bring it on themselves and the only measuring stick in F1 is your points. It's not like he was winning every race so far and then had mechanical DNFs so he's going to have to put in some stellar drives for the rest of the season if he wants to stay.
I like Di Resta commentating but talk about commentators curse, literally everything he said would happen throughout the race the opposite happened. Brundle is very accurate with his predictions, Di Resta was just throwing out hail Mary's.

For me with Bottas it IS the car.

but when it gets wheel to wheel he is nowhere. That to me says its the car thats pulling him up. I would love to see a more talented driver in that car and we would get the action we want at the front.

Anyone know why Brundle never travels to Azerbaijan? Don’t think he’s ever been there with Sky.

Just drafting down the straight and random safety cars/restarts. It's even worse than Monaco because it doesn't even have the history or backdrop. A ridiculous event, lol.

Gasley put in some outstanding driving, some of those moves against LeClerc were outstanding!

He really is an underrated driver, would love to see him get a seat that isn’t the cursed RB second seat 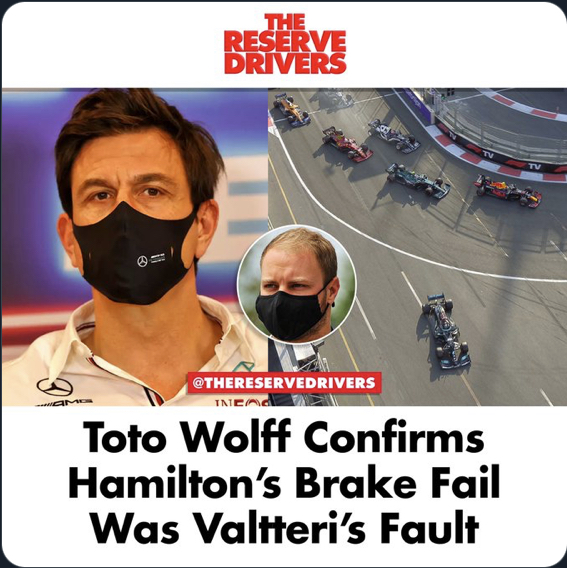 pablo said:
For me with Bottas it IS the car.

but when it gets wheel to wheel he is nowhere. That to me says its the car thats pulling him up. I would love to see a more talented driver in that car and we would get the action we want at the front.
Click to expand...

When Russell got a drive in Hamilton's car for Sakkir/Bahrain (can't remember which variant it was), he ran rings around Bottas. Only for a nightmare pit, he would have finished ahead of Valtteri.

The real reason for Hamilton’s brakes not operating properly 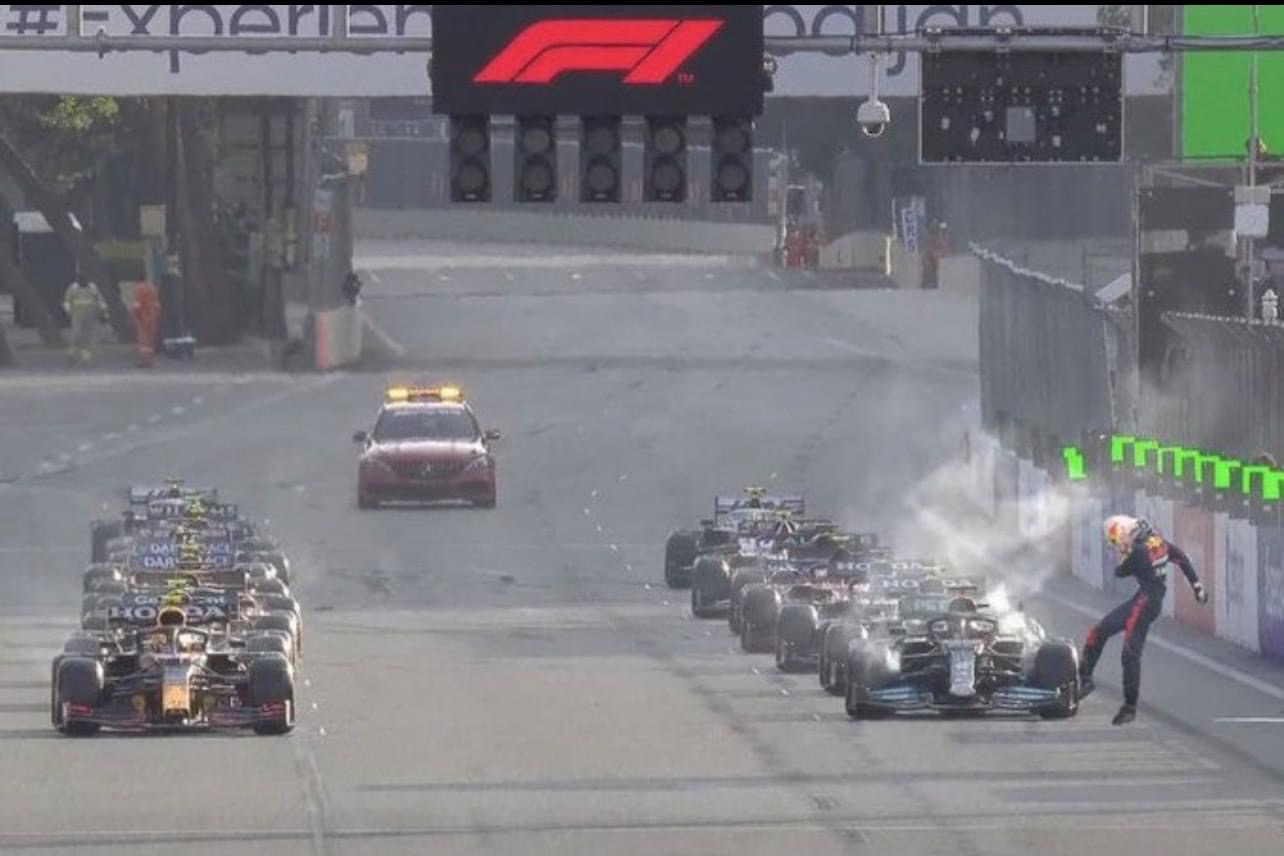 Hopefully Perez is now at one with the RB. It’s unfair comparing his and Bottas’ results so far this season. Coming in from a totallly different team is was always going to take him a while to get in the groove. He is very experienced, has a cool head and should be happy playing second fiddle. When is the last time a RB no.2 has ticked those boxes?

I’m not writing Bottas off, but I think his most impressive days were at Williams. As said before, he ticks a lot of boxes, and probably lost a lot of faith in himself when he could put Lewis under the same pressure that Nico did. Although I do believe that Lewis is twice the driver now as he was then.

I'll admit Bottas has the hardest job in F1, maybe the hardest job of any F1 driver in history. His teammate is still driving at his highest level and the car isn't anywhere near as dominant as it was when Bottas started with the team. But they need a driver that when something like Azebaijan happens, he's right up his chuff to take the win. As the other teams have caught up to and surpassed Mercedes he just hasn't been able to get that extra 1% of performance on the day when it matters that the driver can make and that means the difference between a win and scraping for a points finish. It's tough at the top and his seat is very coveted, I think any driver even Max would jump ship to get that seat. It's still a long season ahead so Bottas can still pull it together but I don't think he's up to it. If Lewis retires tomorrow I can't think of any other driver Mercedes would put in Hamilton's car that Bottas could consistently beat.

stevyg said:
If Lewis retires tomorrow I can't think of any other driver Mercedes would put in Hamilton's car that Bottas could consistently beat.
Click to expand...

If Mazepin managed to qualify it near front of grid he could take out most of Mercedes competition in first corner. Unique strategy but it has potential

...and if not, he can always wipe them on his first lap down! 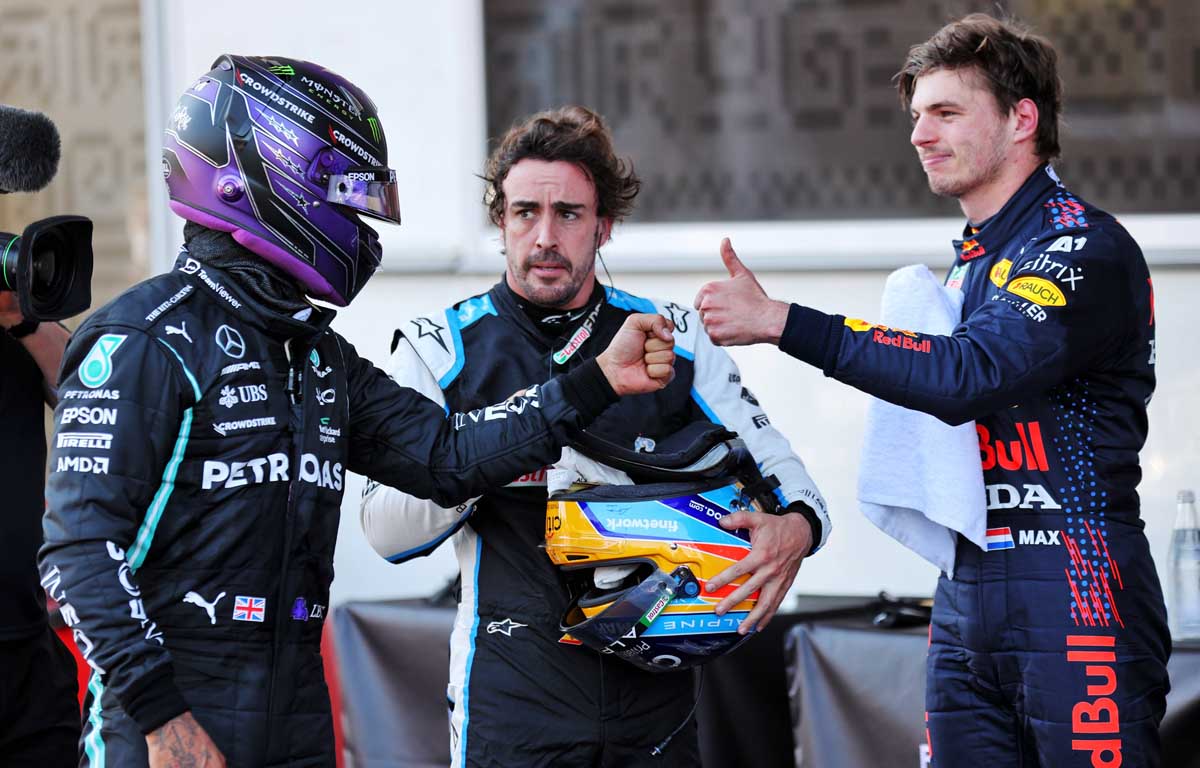 Title pretender Max Verstappen believes he would be faster than Lewis Hamilton in equal machinery, if he was driving his Mercedes car. 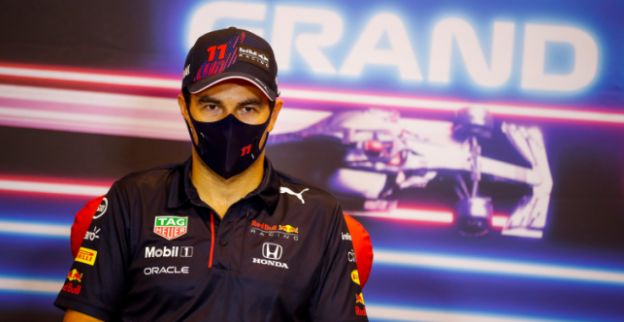 At the Baku GP, Sergio Perez scored his first win for Red Bull Racing. In an interview for Auto, Motor und Sport Helmut Marko tells about the race of the Mexican.

Title pretender Max Verstappen believes he would be faster than Lewis Hamilton in equal machinery, if he was driving his Mercedes car.

At the Baku GP, Sergio Perez scored his first win for Red Bull Racing. In an interview for Auto, Motor und Sport Helmut Marko tells about the race of the Mexican.

That's big chat! Considering Checo is a lot closer to Max than what Bottas is to Hamilton 'in equal machinery'....

Would love to see Perez really find his form now. He has proved he is capable of incredible drives, last years last to first was unbelievable.

I love Max, but he hasn't quite understood yet that it's not about winning the odd race here and there. It's about being on top at the end of the season, regardless of how it plays out. Two very different things. One is about driver ego, the other is about so much more.

What Lewis really has done these last few years is absolutely nail that latter bit. That's what puts him above the rest. Very few drivers have truly mastered that - Lewis, Michael, and Prost come to mind. They use/used very different tools and tactics to do it but they really have/had their eye on the big ball and worked out what they had to do to get there. Again, and again.

Max still has that to learn. He will, and he absolutely will win championships too. Would be a tragedy if he didn't. But will he win them year after year after year?

Ill tell you whats tragic! When Checo finds his form, I think he could be a better Championship prospect for all the reasons mentioned above, but he wont be allowed to race Max. The team will make sure of it. That could break him too....

Russell confirmed for Merc 2022, Botas out.

Haven't seen any confirmation of that yet? A bit early still...

svensktoppen said:
Haven't seen any confirmation of that yet? A bit early still...
Click to expand...

Article I read said it was confirmed (leaked). Due to be announced at British GP