Also a much needed boost for Perez, great defensive work keeping Lewis at bay. He really needed a result and he earned it today.

What was Vettel thinking putting those mediums on lol

svensktoppen said:
So that was a lot more uneventful than expected...

The man who can't race won the race

That's what he can do when let off the leash. Didn't put a foot wrong.

Surprised Max and RB didn't put up more of a fight. Clearly happy to coast in for second.

DOTD for me: Lewis and Sainz. Great recovery drives for both.

Don't think anything else happened

If anything, if they had pitted when the team first wanted to then Lewis would have had more time once the tyres switched on to regain places. By staying out he just got them in the window as the race ended.

Bottas never raced anyone. He started first and kept it. I mean fair play, was never any doubt he can drive fast but he wasn’t wheel to wheel even one time in that race.

Hamilton should have pitted when he was stuck behind Perez. I was so sure he would go in on the same lap as Max then have time to attack on the new tyres. He screwed himself by pitting in a halfway house position where it took too long to get the new tyres through the graining phase and no time to benefit from their potential. 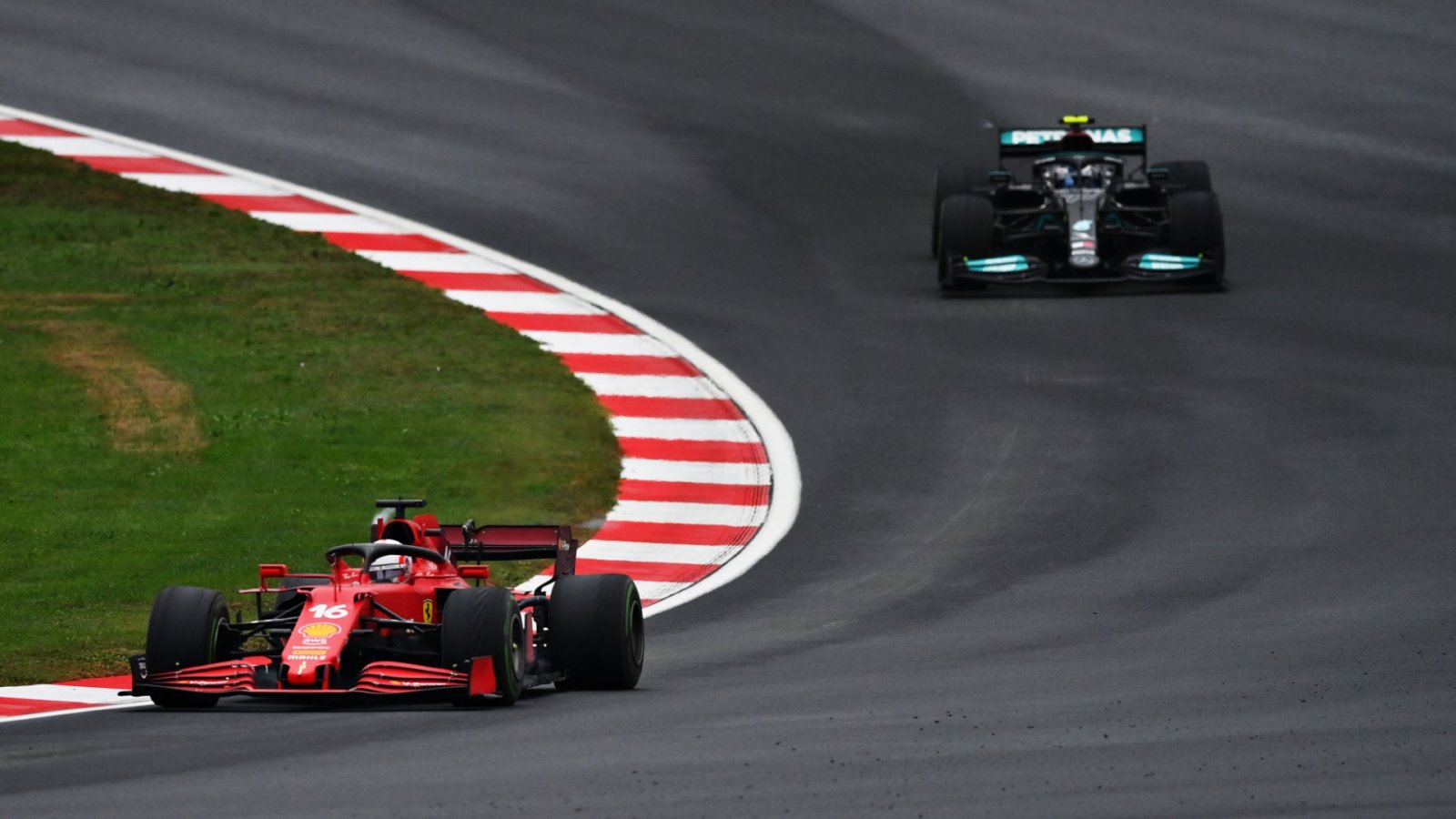 Charles on done tyres before pitting so not really a race for position (IMO). If I remember right.

Max was nowhere either to be fair. Seemed content to cruise in second.

Has anyone ever done a Silverstone weekend? Looking to book the Thursday - Sunday package, working out at £1320 for the two of us before accommodation. The go to hotel for them bumps it up to £2800 so £1500 for 3-4 nights is mental.

Looking to see what way others camped or stayed at hotels. I was trying to convince the Mrs to rent a campervan with me and pitch at a site close to it so we don’t have to drive in to the circuit everyday and get stuck in miles long traffic

Check booking.com, plenty of places to stay round there.

And yes, you definitely don't want to drive into the circuit if you don't have to, certainly not Sunday. Even for the MotoGP they close the whole A43 past there just for the traffic...

I think they run shuttles but not sure where they run.

After all the RB bendy wings and automated pit stops and magic performance steps in a no-development season and whatnot, Karen Horner now seems to be implying Mercedes have cheated with the engine. Red Bull's Christian Horner expresses his "surprise" at gains he says Mercedes have made with their engine performance.

svensktoppen said:
After all the RB bendy wings and automated pit stops and magic performance steps in a no-development season and whatnot, Karen Horner now seems to be implying Mercedes have cheated with the engine.

Red Bull's Christian Horner expresses his "surprise" at gains he says Mercedes have made with their engine performance.

Remember back when RB were no-where & then they took a new engine with 'reliability upgrades' and started smoking everyone? lol Oul Karen....

Turkey wasnt meant to be a strong circuit for Red Bull.

Thought it was a fair enough race. Very strange that the track never developed a dry line even though it wasn't raining. Was hoping it would dry up or rain hard and mix things up. I have to hand it to Bottas, probably one of the best races he's ever had. Very easy to slip up in those conditions and he maintained the gap. Hamilton should have stayed out ffs. Only 9 laps left and a comfortable podium. Yuki done a great job at the beginning, I noticed Hamilton treading a little more carefully around the AT & RB drivers and Marko confirmed they are using all 4 drivers against Lewis to hold him up. Perez having a much needed result. Max will take a well earned 2nd after the troubles he had all weekend. Leclerc managed to hang on to 4th, well raced from him and Sainz was brilliant. Gaslys penalty was rubbish, 3 wide into turn 1 lap 1 in the wet. Wasn't his fault at all, Alonso on Schumacher was on the other hand completely his fault.
Did Spice boy not watch the race? Perez was able to pull a car length + on Hamilton on the straights even though Lewis had the slip stream.
Can't wait to get a Mazepin poster at COTA

stevyg said:
Marko confirmed they are using all 4 drivers against Lewis to hold him up
Click to expand...

All those four, and Mazepin too

How that guy has made it into F1 is anyone's guess. Seriously, even money can only buy you so much...

People used to think Stroll was only there cause of the dollars but Nikita takes the biscuit. Haas must be desperate for money.

DC. said:
People used to think Stroll was only there cause of the dollars but Nikita takes the biscuit. Haas must be desperate for money.
Click to expand...

Listen to the 'Beyond the grid' podcast with him.

My good people are doing some whining over the Hamilton/Perez “incident” where Perez went wide at the pit lane marker.

I really don’t see what the problem was. Hamilton had the lead or was close enough to have rights to the corner. Perez hung it in there on the outside and kept the foot in.

I thought it was great wheel to wheel action and both drivers were on the limit but gave each other enough respect. Neither backing out but neither giving up either.

The way some people are getting on Hamilton ran him off the road. And some muppet even used the term Crashamilton. I mean FML what is wrong with people?

Rant over. Good racing and more of it!! I’m sure Perez was tempted to take one for the team and give Hamilton a wee tap lol.

Sky Sports are usually to blame for blowing things out of proportion and trying to make a story out of nothing. I thought the racing was fair between Hamilton/Perez.

Would be interesting to watch F1 in the US or somewhere neutral altogether as no doubt we are getting the biased views of Sky fired at us.

DC. said:
Sky Sports are usually to blame for blowing things out of proportion and trying to make a story out of nothing. I thought the racing was fair between Hamilton/Perez.

Would be interesting to watch F1 in the US or somewhere neutral altogether as no doubt we are getting the biased views of Sky fired at us.
Click to expand...

I loved over here when F1 was on NBCSN, they had their own commentators, Lee Diffey, David Hobbs & Steve Matchett who are phenomenal and always gave a different perspective. I would go back later on and watch the race on Sky to hear the different angles. But since 2018 it's on ESPN and it's just the Sky coverage we get the same as the UK. I wish those 3 were still doing F1 commentary, I'd love to see them join the Sky team every once in a while they'd fit right in.

I find the Sky coverage very biased toward the UK drivers, Hamilton in particular, which does annoy me at times. I've grown to just ignore it now though.

Hmm, odd one that... A UK sports channel, for a UK audience, putting a UK spin on it? Really? Who would ever have thought

That's like, oh, say, Sky putting on some England game with an English spin on it. They'd surely never do that would they?

I like the CH4 coverage. Yes, Mark and David are so far up the RB hole they'll never see daylight again, lol. But they make no bones about it, and at the end of the day it's just a different perspective. And more often than not they do call it right, at least with the on-track stuff.

stevyg said:
Hamilton should have stayed out ffs. Only 9 laps left and a comfortable podium
Click to expand...

Ocon's tyre after doing the whole race on them...

Hamilton could probably have stayed out but risked losing all his points if it went pop. Agreed. And had he pitted when the team first suggested then he would have had a chance at least to make back some places. Can't really blame anyone other than himself.

Tough calls but I think it was the right one for the championship in the end. I think he agreed himself once he cooled down.

It is inevitable that as teams get closer in performance and the younger drivers rise through the ranks we will see more of these incidents. For the most part what I have seen so far has been a breath of fresh air into what was previously best described as the Sunday snoozePrix. There do have to be limits to protect drivers, it is after all a sport where each driver is putting his life on the line, but wheel to wheel is what we have been crying out for. Safety levels have continued to improve even most recently with Halo, its still a dangerous sport but in context considerably less so than the TT where each year I often wonder how many fatalities will occur.

Have to say the on track action and forum banter reminds me of the days when Ormonde Christie and Alistair Jackson went wheel to wheel on the ovals. 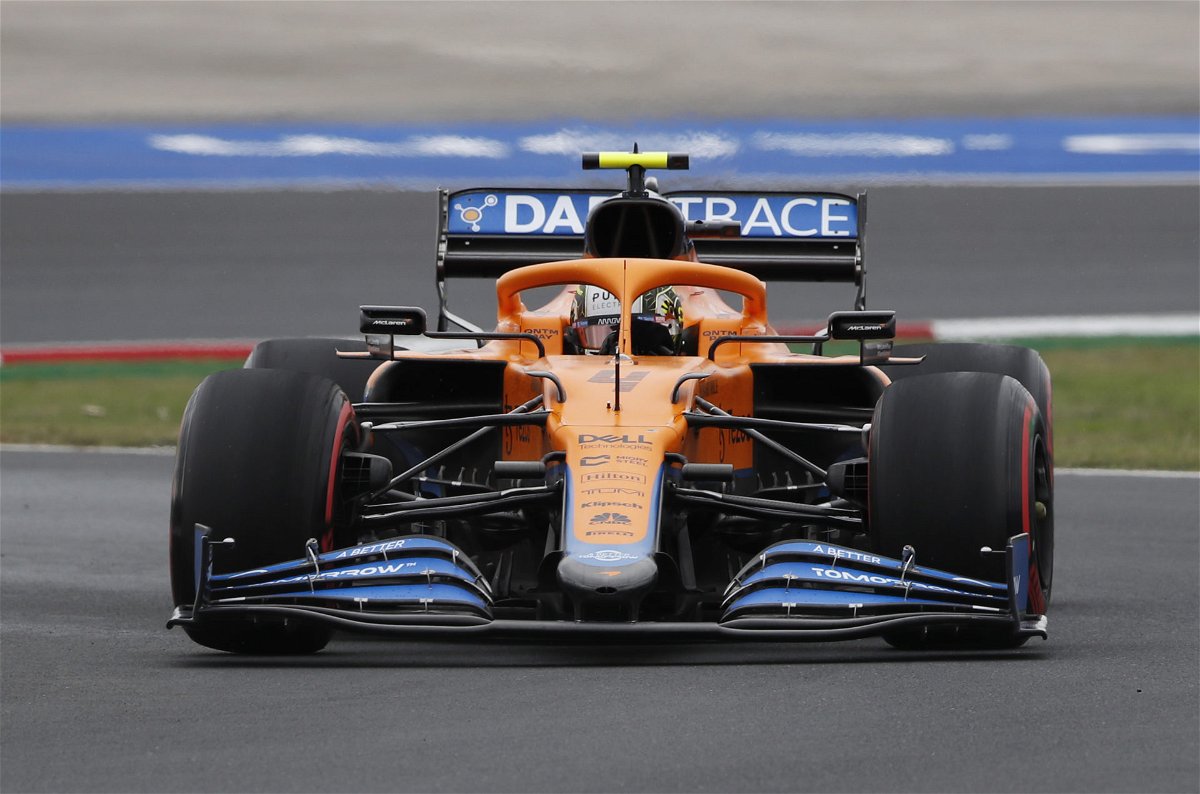 With new rules regarding powerunits set to change in 2026, Porsche and Audi could join hands with McLaren or Mercedes to join the F1 grid

He gave me his meme look after I shouted Bottas get the finger out!
Yer cameraman from the red bull pit stop. 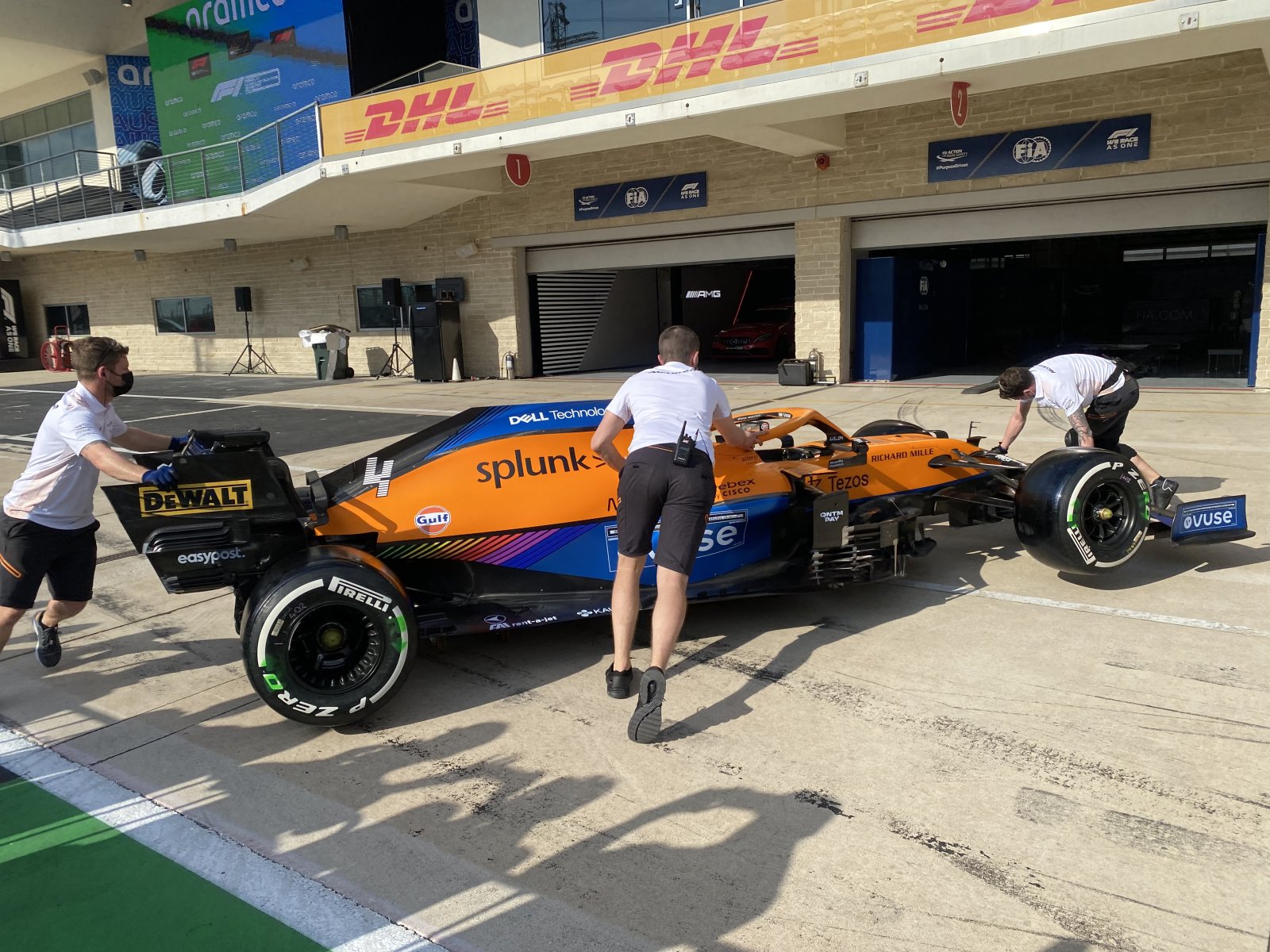 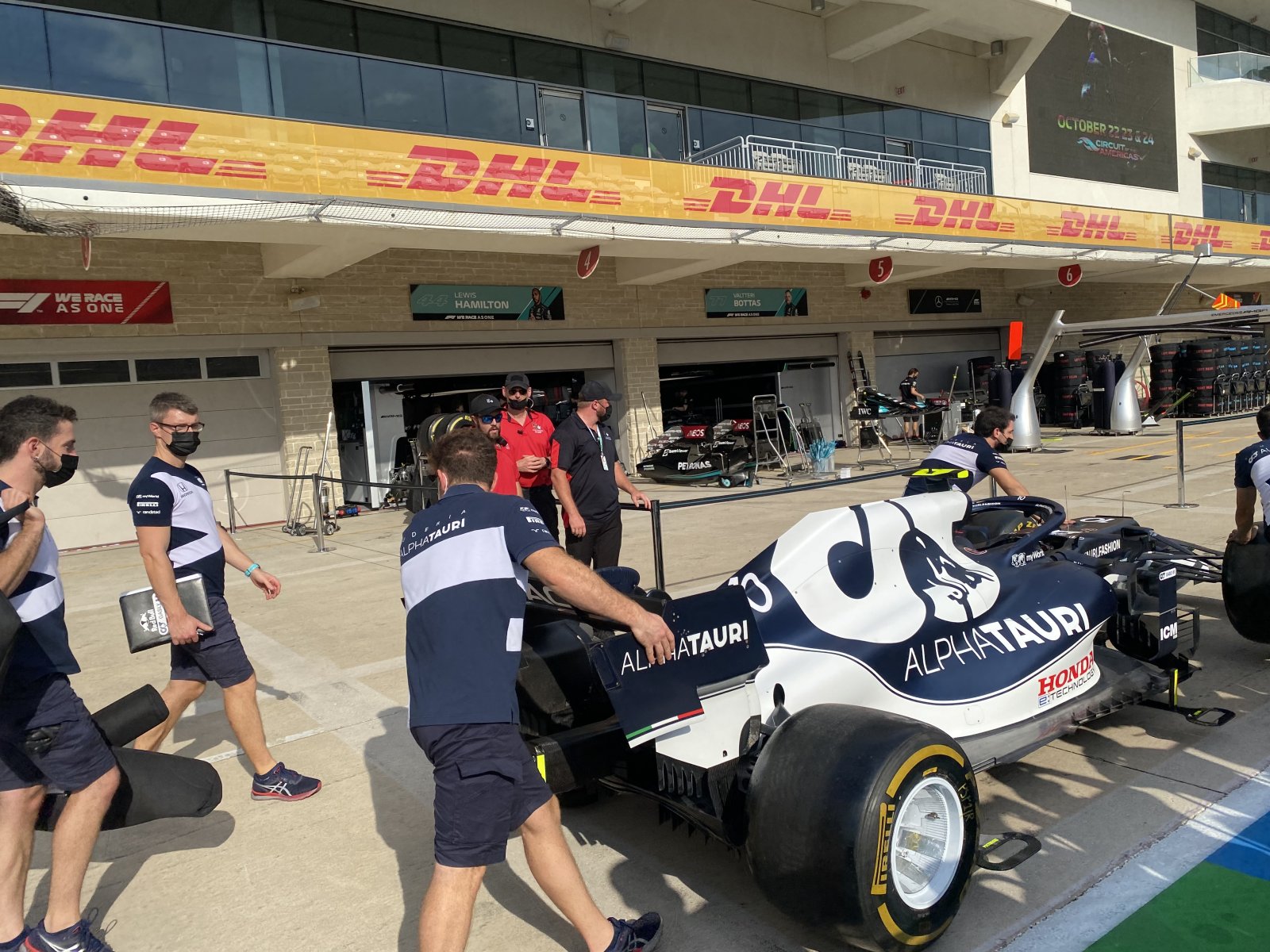 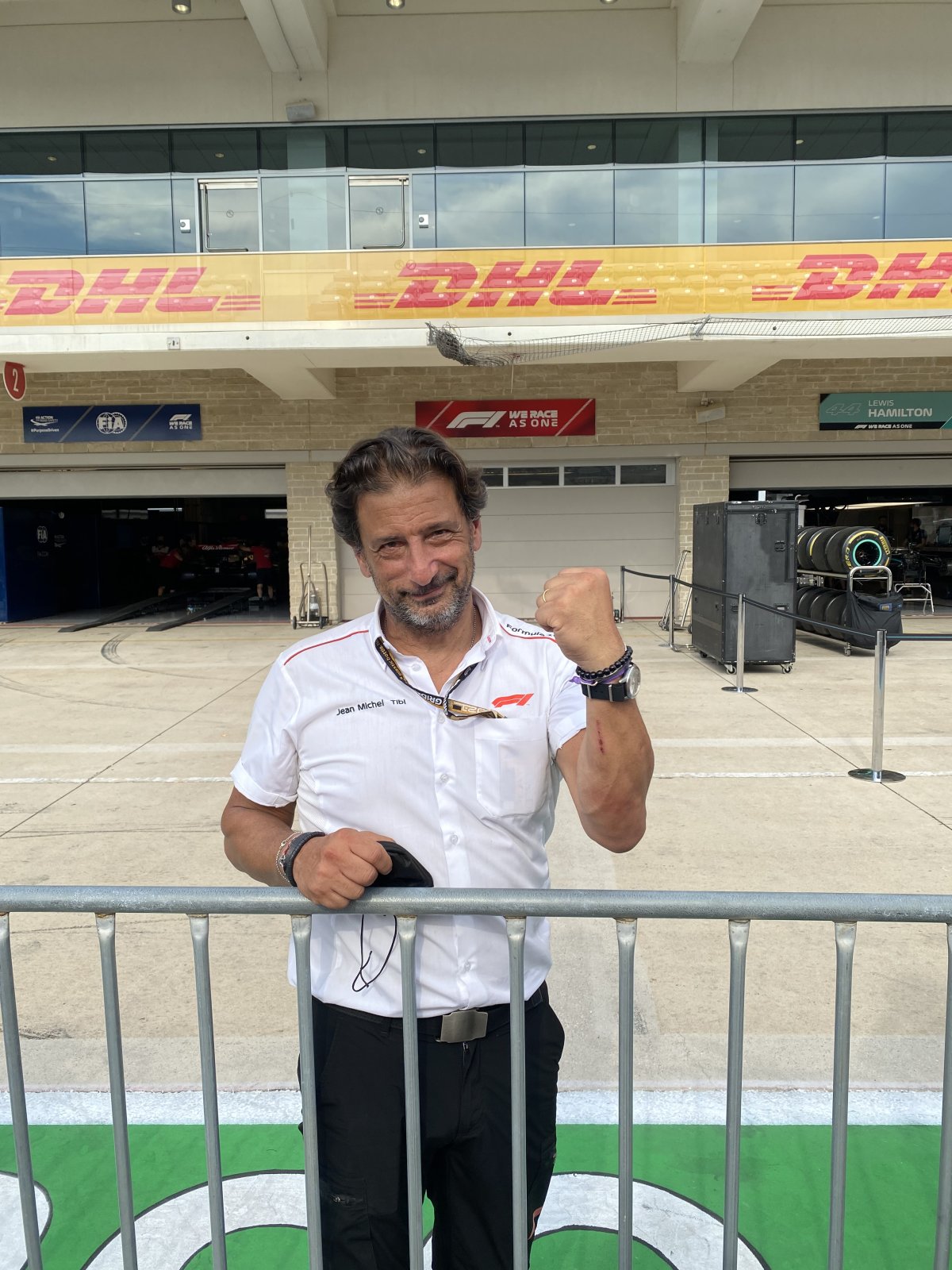 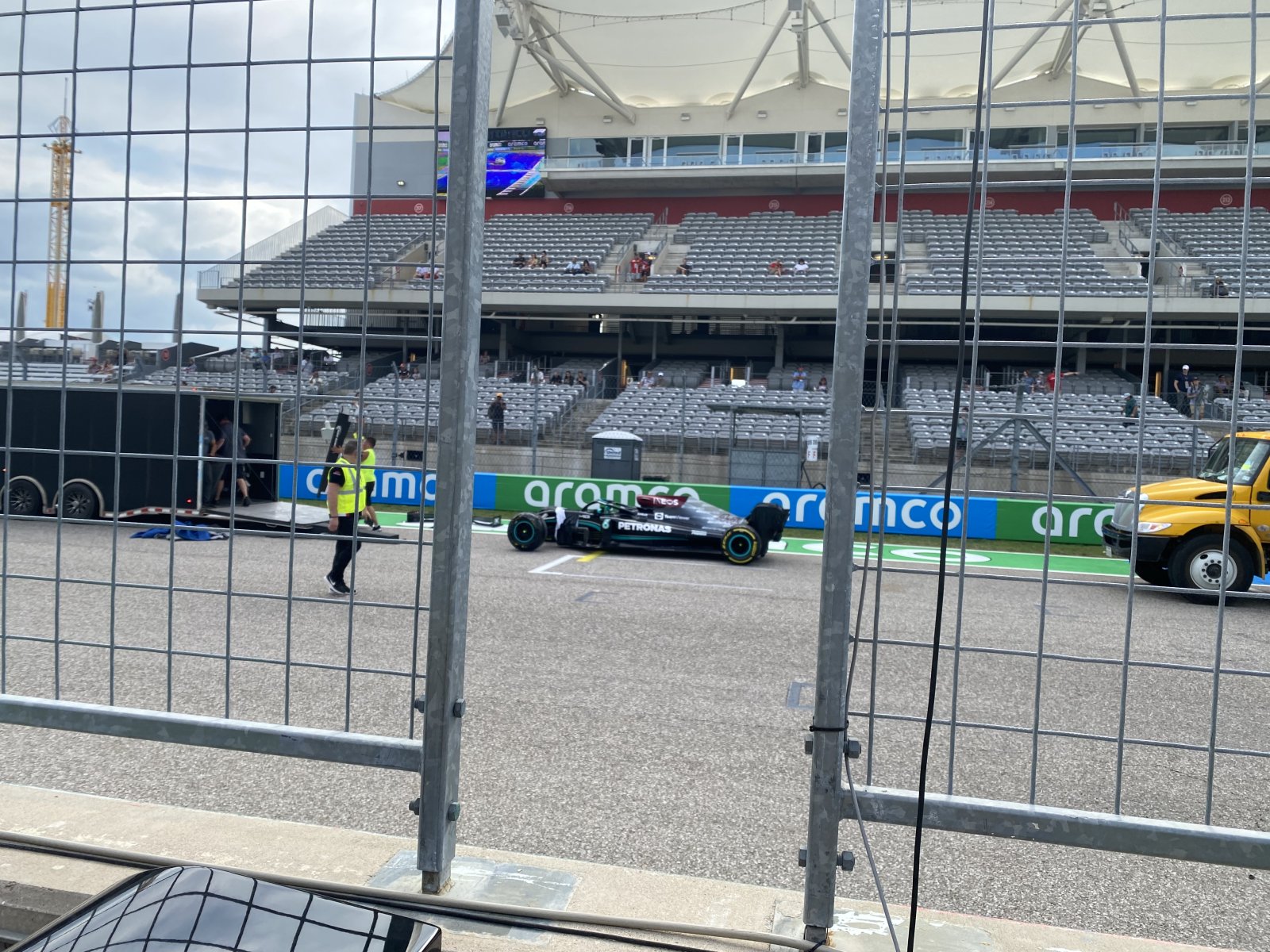 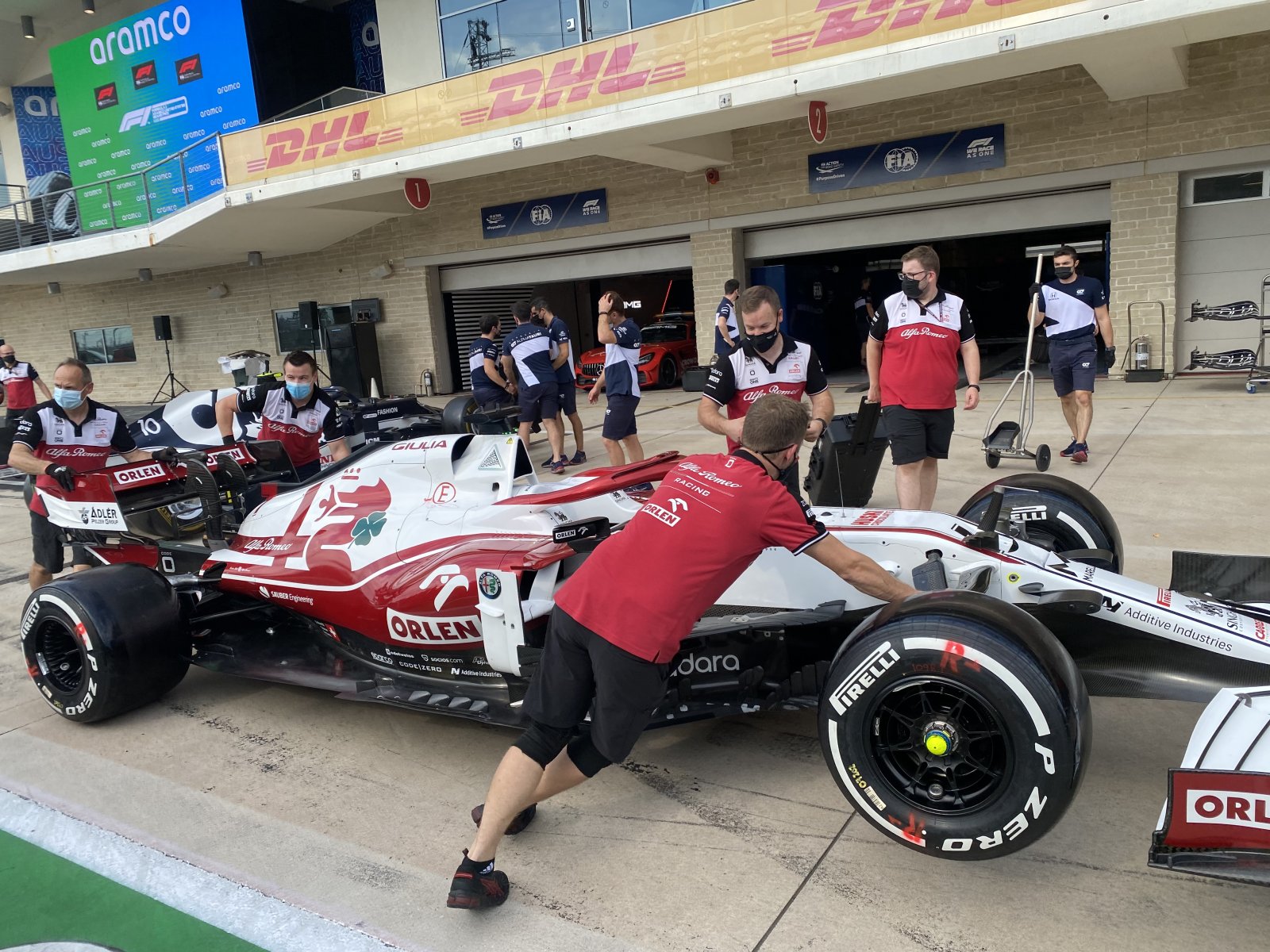 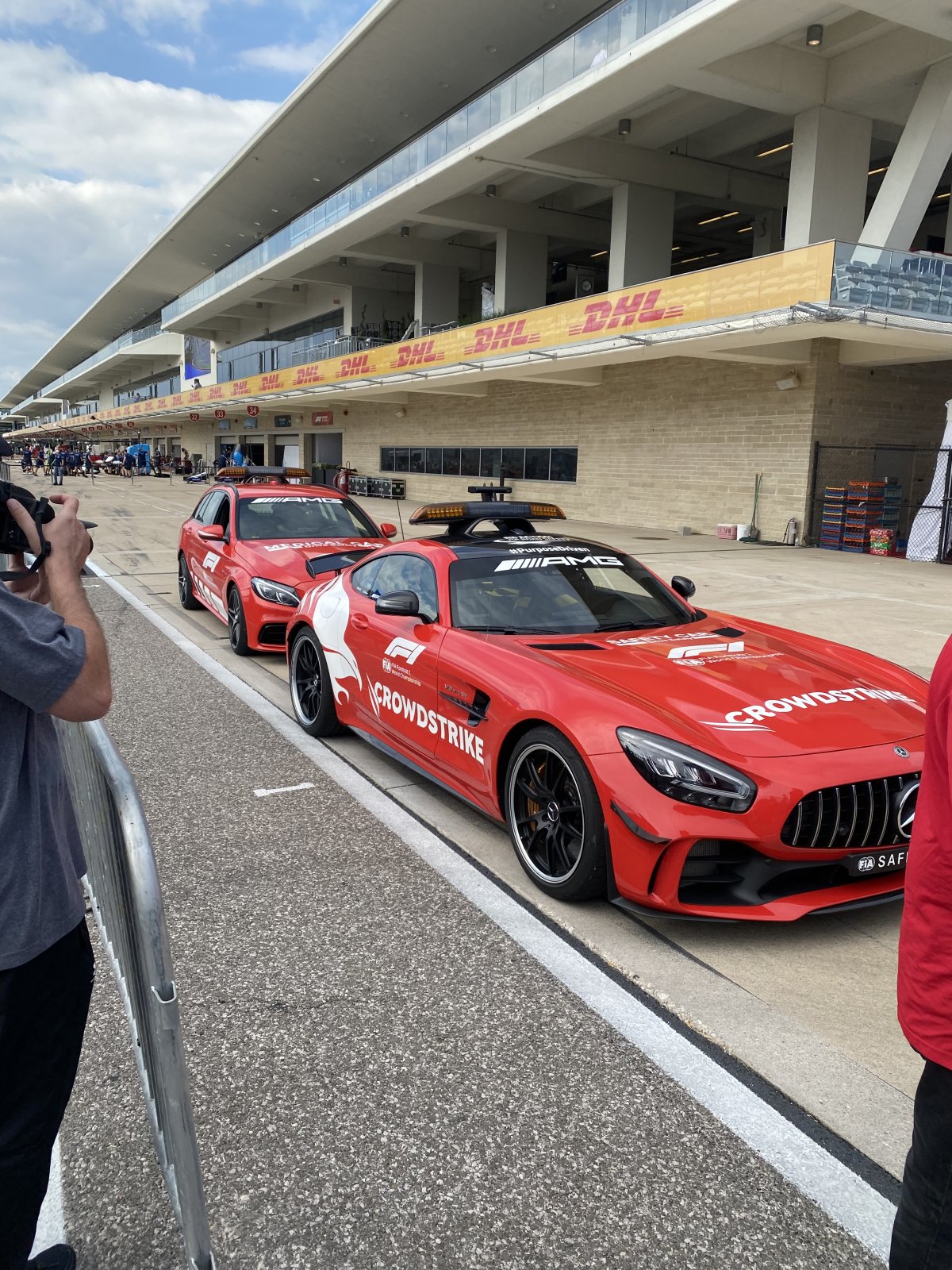