On the RMS Blog: Friends and now BBC Top Gear star Matt LeBlanc returns to the BBC for 2017.  He will be joined by the two rising stars, Tesla drag-racing Rory Reid, and drift monkey Chris Harris as the new Three Stooges.

Sabine Schmitz will be lurking in the background making ‘regular appearances’ as is Eddie Jordan and of course the Stig. (Read the Full Article Here) 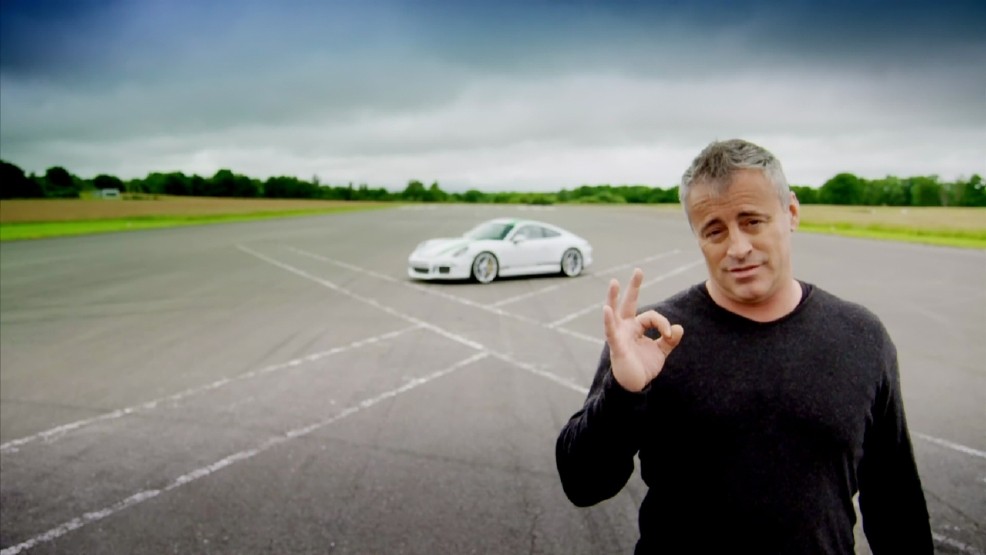 Perfect. Minus Schmidt and Jordan.

Matt and Chris did a great job. Sabine was great too. No idea why Rory or Jordan is there though, but hey

Maybe see Jenson Button on the show too? He is out of a job after all, will be needing something to do

Matt and Chris did a great job. Sabine was great too. No idea why Rory or Jordan is there though, but hey

Maybe see Jenson Button on the show too? He is out of a job after all, will be needing something to do
Click to expand...

I thought Rory was quite good, very down to earth.

He is a bit fifth gear though compared to the others

But sure, I can live with him.

As long as Harris is there it should be decent.

Harris can drive, but can also be a condescending tool

Pity Chris Evans left at least it's better than it used to be now them other 3 are away .

I only caught some of the new program as a repeat on Dave the other night. Fortunately there are still repeats of the old Top Gear on Dave.

The bits I seen were painfully boring to watch, and they looked so strained for the camera. As if they were trying far too hard...and doing very little.

I think that's a good choice, still not a patch on the previous line up but I think the fewer presenters than that awful show they put out this year is the best decision.

Schmidt, whilst she can pilot a car, still hasn't got to grips either with speaking English confidently(although she speaks it better than I speak German) or lacks confidence in front of the camera.

Jordan was fine on F1 coverage, but seemed too rigid and too scripted on Top Gear and was unable to show his true personality, so no great loss to those two.

Matt started off a little wooden, possibly trying to act rather than "present", but as each episode appeared he seemed to be more relaxed and I thought got into the "role" better.

I agree that Rory seemed a little too Fifth Gear but time will tell.

Harris, jury's still out on him.

At least the terrible one has walked. Matt is a nice guy but is quite scripted and emotionless, Harris knows his stuff but he is more effective than a gallon of Nytol. Rory, I think is a very decent natural presenter, I did like his piece on the Tesla in the last series.

Unfortunately no matter how hard they try, the majority is going to be tuning into The Grand Tour instead.

Given what they COULD have done, Le Blanc, Harris and Reid is not a bad main three to end up with.

I still would've preferred Evans to stay, but at least Le Blanc is still there. I enjoyed him.


KevM said:
Harris can drive, but can also be a condescending tool
Click to expand...

Clarkson got away with it as he built rapport with his guests and delivered his digs fairly tongue-in-cheek (unless your name is Oisin).

Harris has the personality of a Physics Lecturer

Obviously these presenters are different from the old ones, lol

Look back at the first couple of seasons with the previous cast, it was very different at the start. Including presenters coming and going and now long forgotten.

svensktoppen said:
Look back at the first couple of seasons with the previous cast, it was very different at the start. Including presenters coming and going and now long forgotten.
Click to expand...

If Le Blanc lasts as long as Clarkson, he'll be 74.

Sure Clarkson is 92 or something is he not?

I loved Clarkson and May, brilliant both of them. Just watched a re-run of May's tinker show as well, the one where he starts with a heap of bits from an old lawn mower or phone or whatever and puts it back together. And the one where he built a Scalectrics track round the original course of some old long forgotten English race track. Excellent

Ditch Jordan and make sabrina the new "stigette" and its a winner. I maintain she's been the stig last season anyways.

I ve come to realise that Clarkson IS "Top Gear".......and that has now gone forever,for me LeBlanc is the new Hammond,and for that reason......Im out.(well,loads of other reasons to,mostly because its dung in general)

Dont like harris or reid they need rid of them both. Leblanc is decent enough but they need 2 new guys and its hard to get a team that bounce off each other. Sabine and jordan didnt work at all in the last series. I would love to see someone like jenson button or at least a good pilot of some description join top gear.

P
Jenson Button would be perfect, as would Mark Webber but the issue is these guys would never be able to commit full time to it. If Button was at the F1 he will be flat out at Triathlons etc.

Another petrolhead who is brilliant at presenting and knows his cars is Eric Bana. (Love the Beast worth a watch if you have never seen it).

Top Gear is back, and this is the trailer

Top Gear is back, and this is the trailer
Click to expand...

Soo many opinions about these programmes and the way these shows are set out and presented with the same old things being said over and over again.

They have cars in them, grand tour, top gear fifth gear they are all brilliant.

I am glad Chris Evans is gone though, even for me he was annoying!

Wont matter what, it is watchable tv on a sunday night!

I find all 3 of those guys watchable so it's already a winner for me.