So I've been gathering yet more projects, to join the ever increasing list of vehicles to be resurrected.

Got myself David Higgins Group A 106 Rallye that he competed during the 1994 British Championship.

During the course of 1994 the car was technically exported to the Isle of Mann - where it was registered with the MAN106A registration number, for the purposes of competing in the Manx rally (nice PR work - especially with the driver being an Isle of Mann resident).

It was photographed with A106MAN registration number but was only a promotional photo. 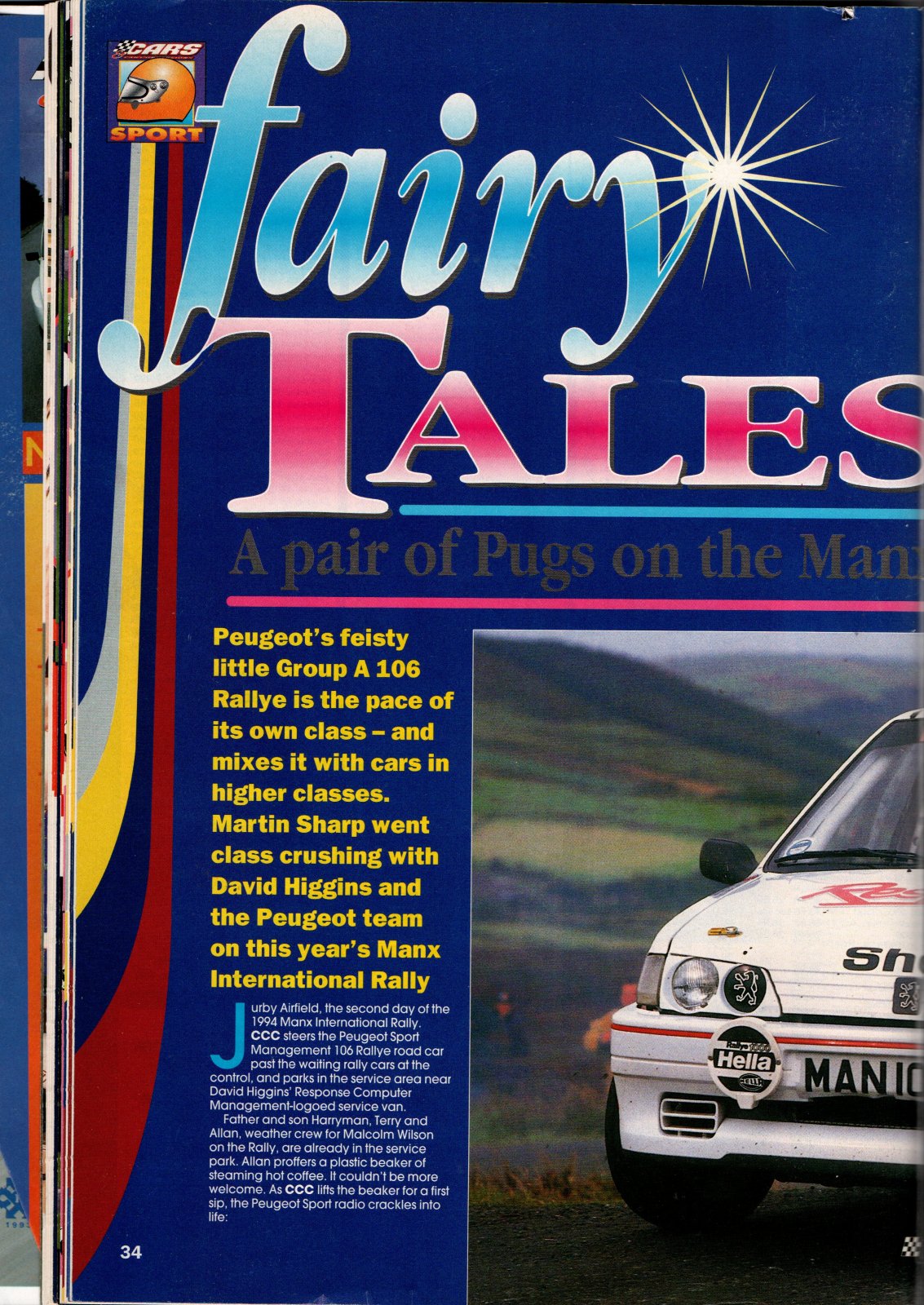 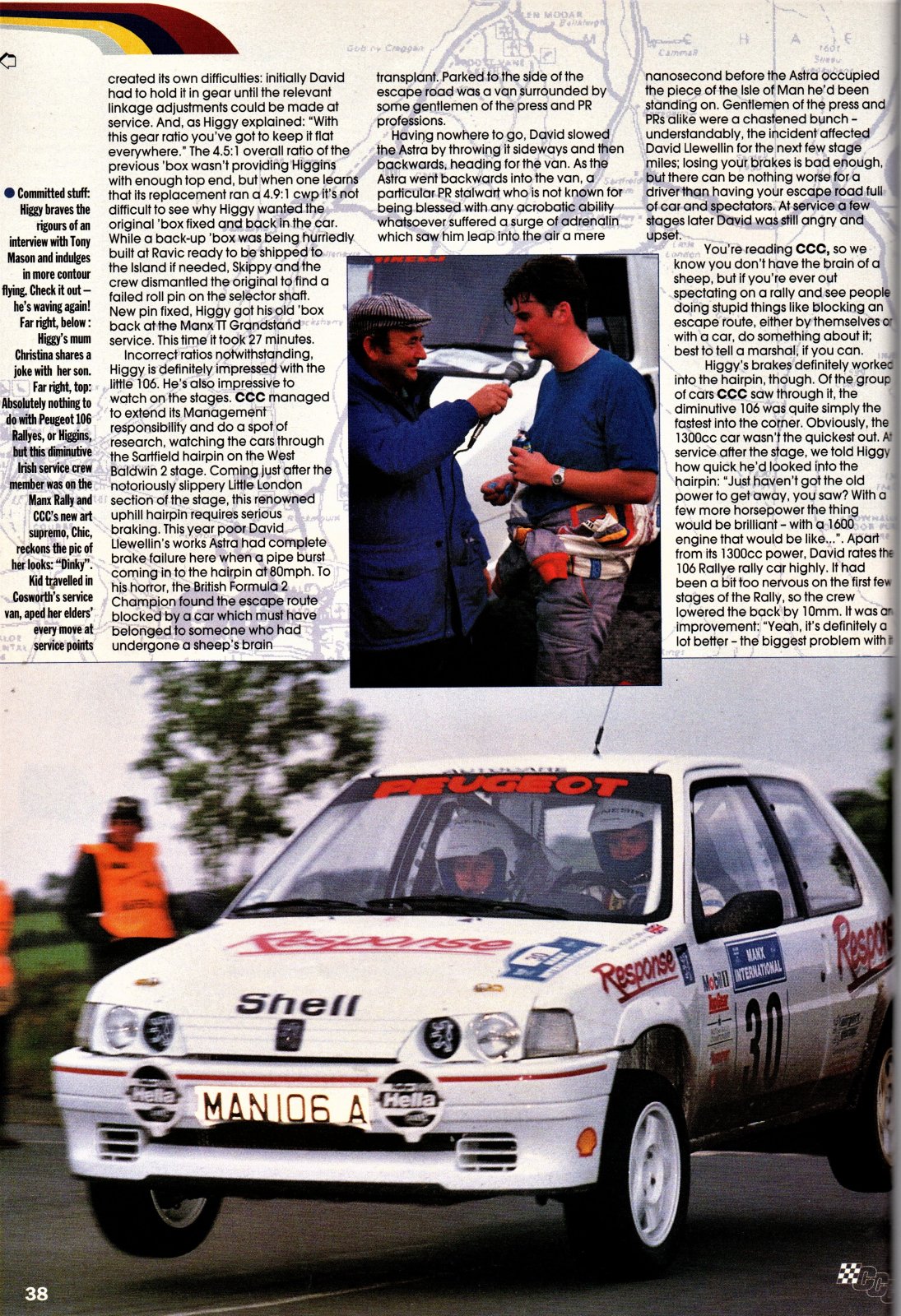 Car had a reasonably hard life, with it suffering its fair share of hits, with a very hard hit in 2006. Presently trying to source bits....
Last edited: 13 Jan 2021

I remember reading that article in CCC first time out, it was a brilliant wee car. Proper bit of history you have there. Is it still on the original shell? What a fantastic project...still have fond memories of flying about in my mates old 106 XSi

Love that. Iv a gsi nova rally car tucked away but beyond my skill set and dry storage to work at to restore atm but they still exist that’s the main thing.

Great history and I hope you restore it to its former colour scheme, too.

When complete, let me know, please as I'd love to compile a feature on it.

That is really cool!! Very jealous of you dude.

Going to enjoy seeing this come together.

Aye I've seen that before. Through the hedge!

Brilliant, any pictures of the car how it sits?
Think I saw somewhere recently Mark Higgins buying back his old eg civic.

cormac81 said:
Brilliant, any pictures of the car how it sits?
Think I saw somewhere recently Mark Higgins buying back his old eg civic.
Click to expand...

He certainly did and it's been restored already. You're going to have to wait for pics chief

Cracking! Really interesting story/history. My dad had a S1 Rallye road car 20 odd years ago. Stand out moment was chasing a motorbike round the Craigavon roundabouts at full chat, no doubt tripodding most of the time! 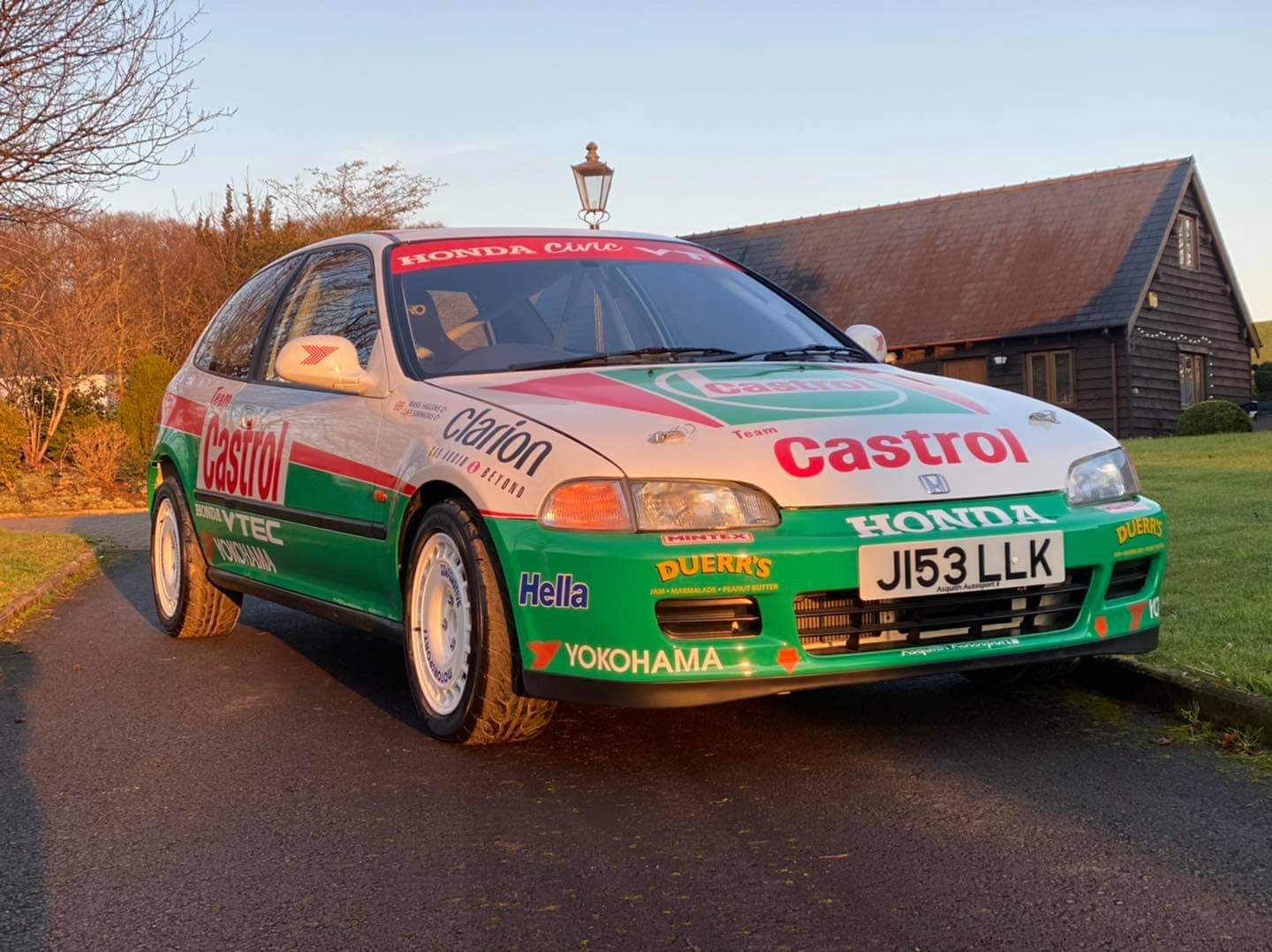 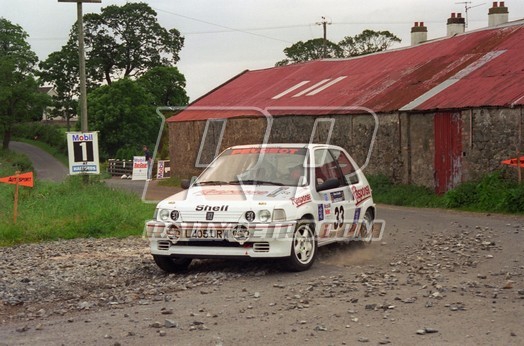 You still got one of these fella?

Have a rolling shell tucked away that might see the light of day at some stage. My other 106 Rallye. Driven by Peugeot Sport factory driver Michel Boetti during the 1996 French Rally championship, with Boetti winning the French 106 Cup. Matching numbers and was in storage for 20 years. Garage ornament now and won’t be out of my garage very often.... if at all!
Last edited: 7 Feb 2021 Promoted to the rank of official Peugeot driver in 1995, Boetti made a comeback at the start of the Charbonnieres rally by rediscovering the atmosphere of the 106 Cup.

By representing more than a third of the Rally entire field, the drivers of the 106 Cup provided, both by their liveliness and their enthusiasm, a large part of the show.

Among the 32 crews, the names of Boetti, Orsucci, Magnaldi and Morel come up most often in conversation. At the start of the first night stage, there’s a certain tension among these class favourites.

Magnaldi is the first to break free of the pack in the Gerland special stage. Boetti then went on the offensive from “La Croix Forest” SS4, and returned to the service park at the top of the leaderboard. Relaxed, Michel told us “I trusted Bauer for the preparation. I have the 106 that Tim Svanholt drove last season. Everything is going well but the finish is still a long way off… ”

Vericel is the fastest of the pursuers ahead of Casanova who does not enjoy the driving conditions at times. Thel-Chassaigne, 4th, did not manage, despite adjusting pressures, to find the right tyre compromise. Pustelnik made a mistake on SS4 and left Magnaldi and Fontaine in 4th and 5th places. Karine Rigal retired between SS3 and SS4, while Beschet suffered a road accident before the SS4 stop point.

Boetti's “relentlesst” driving caused a sensation throughout the second day. Michel set the class reference time five times, despite a broken shock absorber (SS8). His joy at the arrival of Charbonnieres is significant: “I had to ease off at the end because I ran out of tyres. You see, I'm still on the pace in Group N! I want to thank my preparer because he did a great job… ”

Thuel-Chassaigne climbed on the second step of the podium - “By some trial & error, we found the right compromise between tyres. We didn’t fit the light pod so as to have the air intake as unobstructed as possible. The gearbox was also starting to show signs of weakness in SS13…”

Vericel signed off his return with determination - “We were off to a good start. A double spin in SS9 dampened my enthusiasm somewhat. We did SS13 without a radio. We had return to the service park with a big problem with the gearbox. Third place amply satisfies me, especially since I finished in first place in the junior classification…”

Casanova worked hard to find the right settings for the Tour de Corse – “In Corsica, the roads are very abrasive, leading to a lot of wear and tear on the tyres. Tyres are going to be the determining factor. I can't really drive my car. I take too many risks when braking and lose a lot of time. I will have to drive cleaner in the future… "

Losing 40 minutes when going off the road in Beaujeu (SS9), Magnaldi has lost all hope of competing for a place on the podium, but remains as one of the leading drivers of the pack. Fontaine admits he still has work to do to get the best out of his car. “I’m over-driving too much. My tyres are shredded at the finish… "

Manessier, with little previous experience, finished near the head of the field, brilliantly ahead of Pustelnik, a victim of mechanical gremlins after the finish line of the SS9 - “We changed the fuel pump, the filters, the relays without any result. I want to thank the spectators who got me out of the hole… ”

Rico brilliantly defended the pride of the Youth Rally team by taking 9th place - “We have had a rough start. We scared ourselves in SS2. Now I'm fine in the car. Above all, it was necessary to win some prize money so as not to compromise the future. Our service team, made up of students from Roger Claustres Secondary School, did a good job… ”

Raymond had a promising start, compromised by a spin in the Special Stage and a lamp pod problem in SS13.

Orsucci, (11th), analysed his underperformance with a lot of pragmatism: “My event preparations were a disaster. It was poorly organised due to lack of budget. We lost a lot of time on the first day. My race, at that time, was already over. I will come back in better conditions… ”

Finally, we’ll mention the misfortunes of Marata (13th) at the wheel of the 106 “ex-Bartolini” (fuelling problem) and Morel's 24th place after leaving the road.

The next meeting is the Tour de Corse in Corsica. Some drivers say that, even with the limitation of six tyres per event, the tyre budget could be very expensive to bear throughout the season.

The men from the Michelin Motorsport in Auvergne did their best during the two days to advise the drivers. Let’s hope that these efforts will make it possible to quickly find a solution in terms of tyre pressure settings so that these new tyre regulations, in addition to the inevitable financial aspect, does not adversely affect the safety of the crews.

Seeing the condition of the tyres on the arrival after certain special stages, we have every right to be sceptical ... Something to ponder! Where do you even start to find these ,fantastic .
You must log in or register to reply here.

Double Rally Champion Takes A Turn In A Twingo...