Picked this up just over a week ago and I'm loving it so far.

Same Greenlight just wouldnt cover it and I had to cancel my insurance policy but you cant have it all good all the time.

Quite the difference to the ST and I much prefer the drive of this, unsure why, but never really gelled to he Focus.

55 to the Gallon and pollybushed at the front makes for a great fun drive Its a real credit to its previous owners too!

Not many Plans for it, laminex for the headlights to make them slightly darker. Some nice lowering springs and maybe a different wheel, but I'll have to see as the 16s really do look great on it! 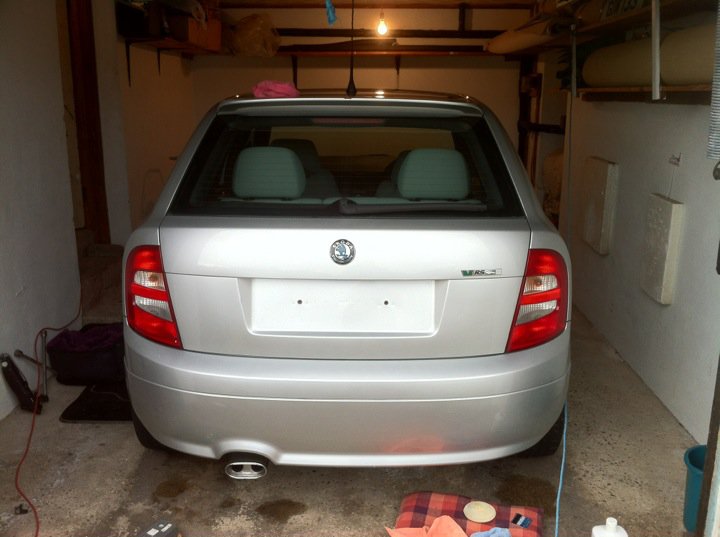 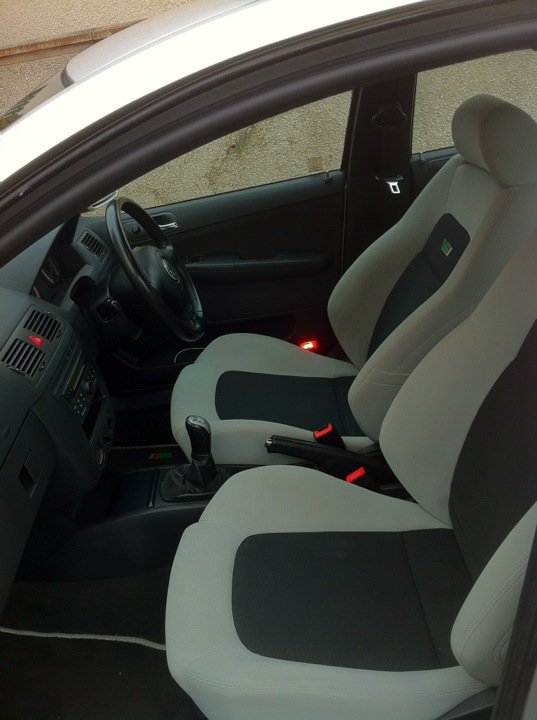 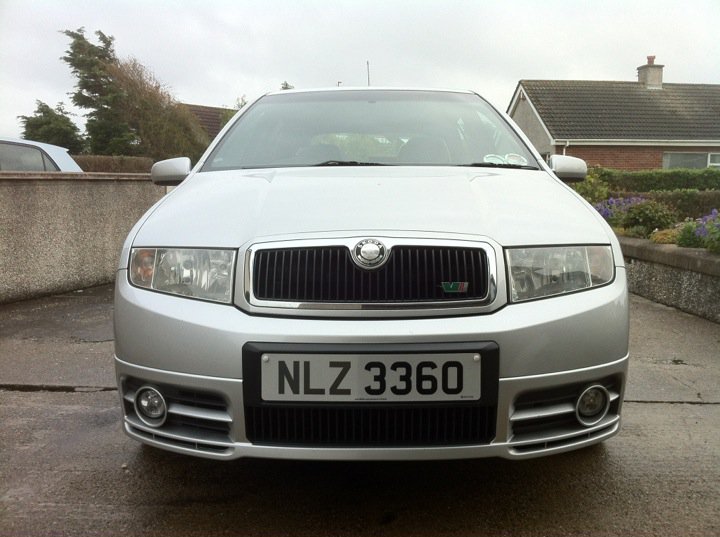 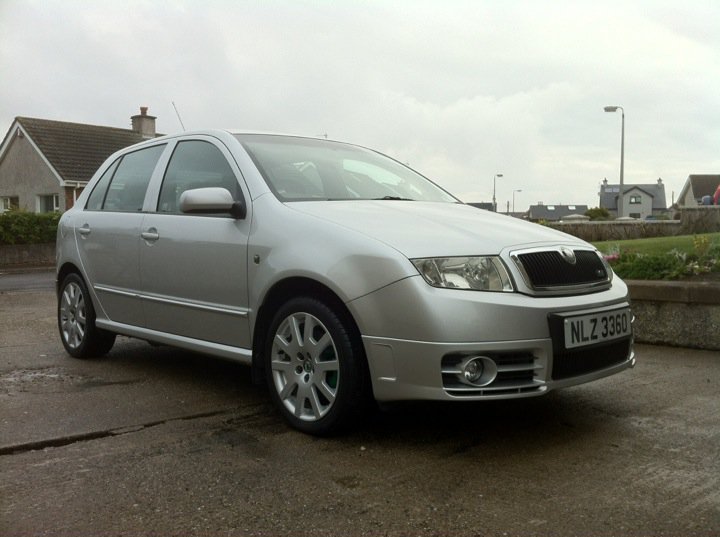 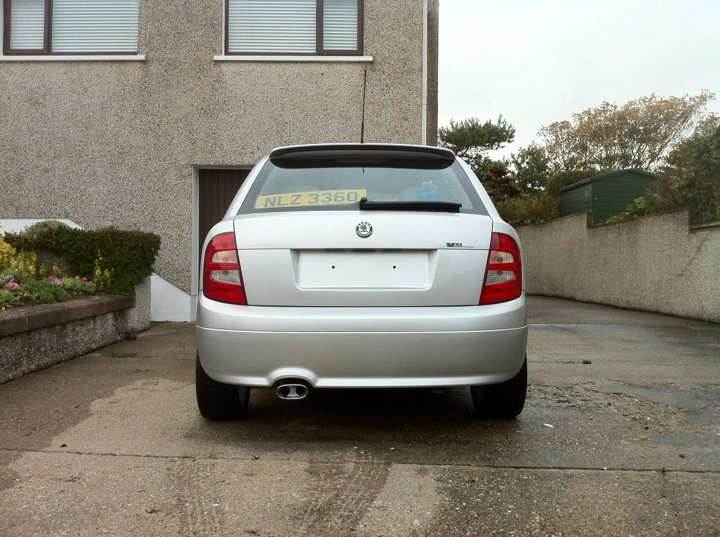 I looked at them but they were just too small for me.

30mm springs and 17" Spiders from an Octavia and you're done! They suit the fabia so well.

Nice one! Identical to mine only yours looks 100% tidier lol
They go well for all they are !

Lovely. Could never love that rear zaust tip though.

TT Comps for me.

Can't work out how to post a proper reply and put this as a proper image.

very nice Niall, are the seats a nightmare to keep clean?

I'm not a huge fan of the Spiders Ian although they do suit the car well.

Ruth so far they're not proving too bad but I'm being more careful than normal too!

Looks well Niall, very clean, not a fan of the seats though, leather FTW

Such a lovely car to drive, best of luck with it horse

Lovely mate, and those seats looks well comfy! Like it a lot.

Lovely car Niall did you sell the ST?

Yea dude, it headed off to Kells 2 weeks ago to a Mummy who has wanted a 'non mummy car'.

Leathers Awesome Marc, but not within the budget i'd set for myself Really surprised at how quiet the car is for 8 years old. There's much less squeaks and rattles as were in the ST!

Looks great Niall, I actually quite like the seats

So yea... made some plans in my head. Looks great here, but dunno how it'll turn out in reality. The wheels wont have anywhere near as much dish sadly. 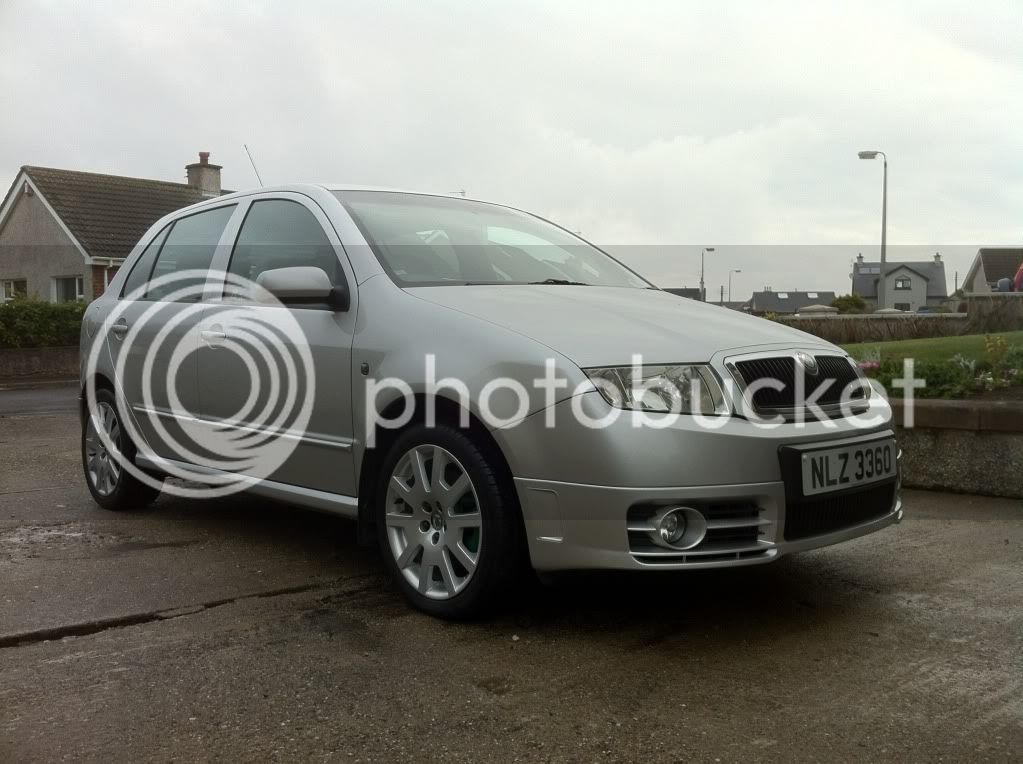 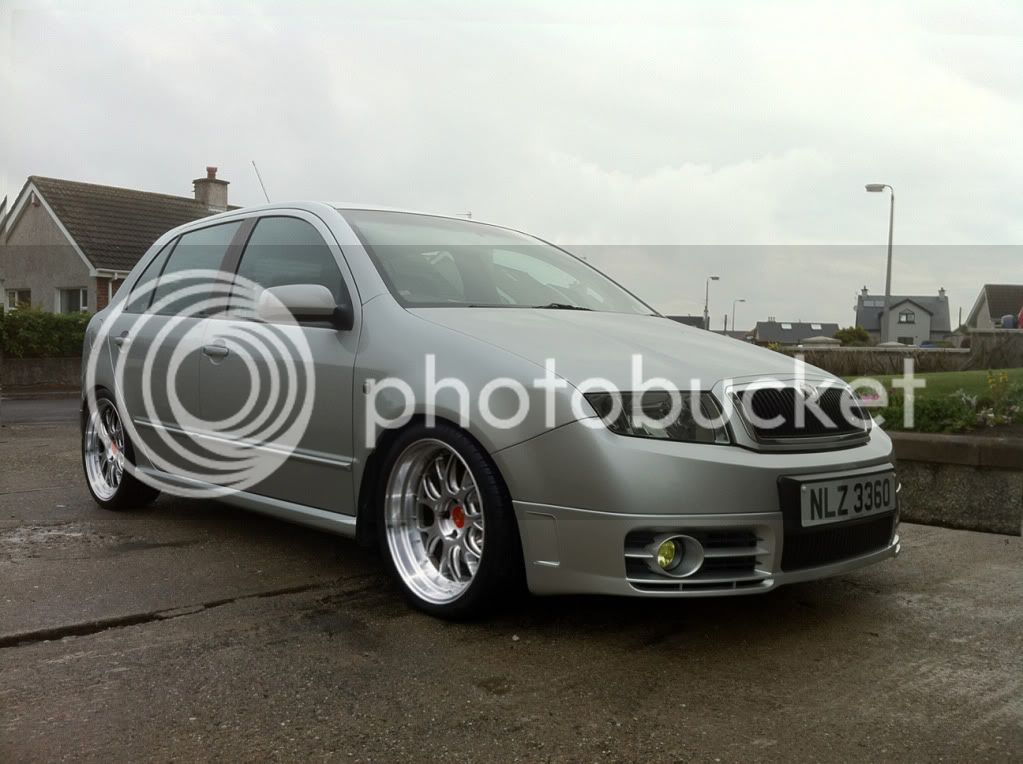 I think it looks rather nice personally

Got this all clayed last night and its alot better now. Paint is actually smooth now which is good so i'll be able to give it a polish and few coats of wax and try and bring a shine to some of the panels

Will look great with those plans!

So over the last week or so I've started to add my own personal touches to the car.

The 1st thing I done was take out that terrible standard HU and install an Alpine unit with iPod compatibility, but alas the sound quality is still quite poor

Next up was some new badges, as the original ones had just faded to chrome and looked awful, so I ordered some off Ebay @ £10 each and that was a bit of a de-barcle, arrived damaged and installed on the backing plates upside down. I had to dremel a bit off them to get them to fit correctly.

Then some silver side repeater bulbs as the orange ones were starting to de-laminate, never done this on any of my cars before and I'm super pleased with the result.

Next was a set of Aero wipers to replace the knackered ones that were on the car when I received it.

Then arrived my roll of matt black vinyl to de-chrome the grille, managed to get this done today. Only took several hours lol.

Then found an old Keyring that suited the car... so stuck it on me keys.

Then one day when I had the dog, I was off getting some Diesel and when I returned to the car Buddy [the dog] left me a pressy... little fluffy ******.

Got a good few plans up my sleeve for the car, and really trying not to steal parts off the missus' Ibiza Cupra TDi.

Thats all for now!

Hope to have some more updates soon

Plans will be great, let me know where you get the lm-r reps from!

Did you get the bulbs and vinyl off eBay too? Thinking of doing my grill too.

Had planned on getting them from Autoalloys as they've looked after me for some stuff in the past, but i've found a similar wheel that I may plump for instead that have a bit more QC than a rep made in China

Again Autoalloys hopefully be my choice of supplier.

Did you get the bulbs and vinyl off eBay too? Thinking of doing my grill too.
Click to expand...

Indeed I did.. the vinyl was £4 delivered and the bulbs were a similar price for 4, much better than £16 for 2 in Halfrauds!!

Be warned.. the grille was a total *******. I needed to create a rig to hold the hair dryer in place as i needed about 6 hands!
You must log in or register to reply here.