D
Long story.
I left my car with my mechanic on Monday evening, to get timing belt and water pump fitted, along with MOT prep, hoping to pick it up on Tuesday evening.
Gave him a call on Tuesday afternoon and turns out he has been without power all day and has got nothing done and can't guarantee he will get looking at it on Wednesday.
I need something to get me up and down to work, so decided rather than go to the hassle of organising a hire car, I would just buy a cheap runaround to get me from A-B.
Stuck a post up on Facebook, to see if anyone had anything and within half an hour had a message about this 1995 Polo sitting 2 miles from me.
Went to see it and was pleasantly surprised - a 23 year old car with only 74k miles, 9 months MOT and a stack of old MOT certificates to give some proof to the mileage (not that I was overly bothered given the price).
Car drives like a dream and has loads of modern luxuries, like electric windows, electric mirrors...and a tape deck.
Everything even works as it should!

There are a few spots of rust that need dealt with - worst is on the grill surround, where you can basically poke your finger through, but other areas are nowhere near as bad.
Paint is also flaking off the front bumper quite badly.
There's a few scratches and things, but no major dents,

Initial plans are:
A good clean
Replace grill surround
Address other spots of rust with Dremel, rust treatment and paint (rattle can included in sale)
Rub down and paint the front bumper (again using a rattle can)
Rub down and spray the wheels

A few pictures of it sitting in the garage: Will hopefully get better pictures at the weekend.
Last edited by a moderator: 7 Feb 2018 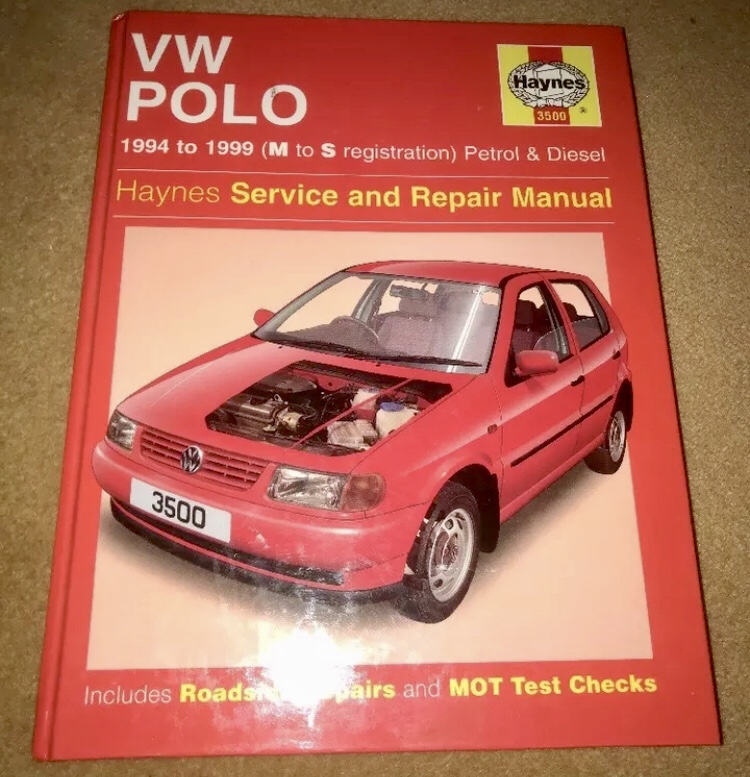 I hope your not overestimating my plans/ability. It’ll be rough and ready

wonka said:
I hope your not overestimating my plans/ability. It’ll be rough and ready
Click to expand...

Page 2, 3 and 4 of my old thread should give you some rattle can inspiration lol.
318 Family Spec (only Worth A Read If Your Really Bored)

Good to see more humble cars and home garage efforts ! Parts a plenty for these things too! Good lad, keep it updated!

Watching this with interest. Makes me want to finish my money pit of one lol

j44nty said:
Page 2, 3 and 4 of my old thread should give you some rattle can inspiration lol.
318 Family Spec (only Worth A Read If Your Really Bored)
Click to expand...

Always wanted to get one of these and stick in a VR6 engine!!

I bought this very manual for the wife's Polo and don't think I ever used it once in the 10 years she owned it. Apart from service items, it only ever needed two wheel bearings. It was last of the breed, a 1999 1.4L.

Looks a tidy enough little car and that plate is probably worth quite a bit more than you paid for the whole car. Win!

_Stu_ said:
Looks a tidy enough little car and that plate is probably worth quite a bit more than you paid for the whole car. Win!
Click to expand...

Plate already changed - the guy I bought it off bought it for the plate. He spotted the car a good while ago and left a card on the window with his details, saying he was interested in buying the plate. Got a call from the girl who owned it a couple of months ago to say she would sell it, but only with the car. I would say the car cost him nothing in the end.

excellent mate the 6n will make a great wee daily!

OP
D
So came across my first issue with the plucky polo (or rather my first opportunity to learn lol). The exhaust is rattling, particularly on idle. It’s really loud and quite embarrassing - especially given that everything else is running so well.

I jacked her up and took a look underneath. There is a fair bit of play at the rubber mounts, either side of the back box. I’m no mechanic by any stretch of the imagination, so I couldn’t even tell you if there should be play (although I imagine there should or they wouldn’t be made out of rubber). I’m pretty sure the back box is rattling against the heat shield, but of course when I started the car in the garage it wouldn’t rattle, so I can’t be sure.

The mounts are dirt cheap on Ebay and some even come with fancy anodised brackets. But I’m not sure if that would fix the issue - maybe less play would keep everything from rattling?

Took a few pictures while I had her jacked up: 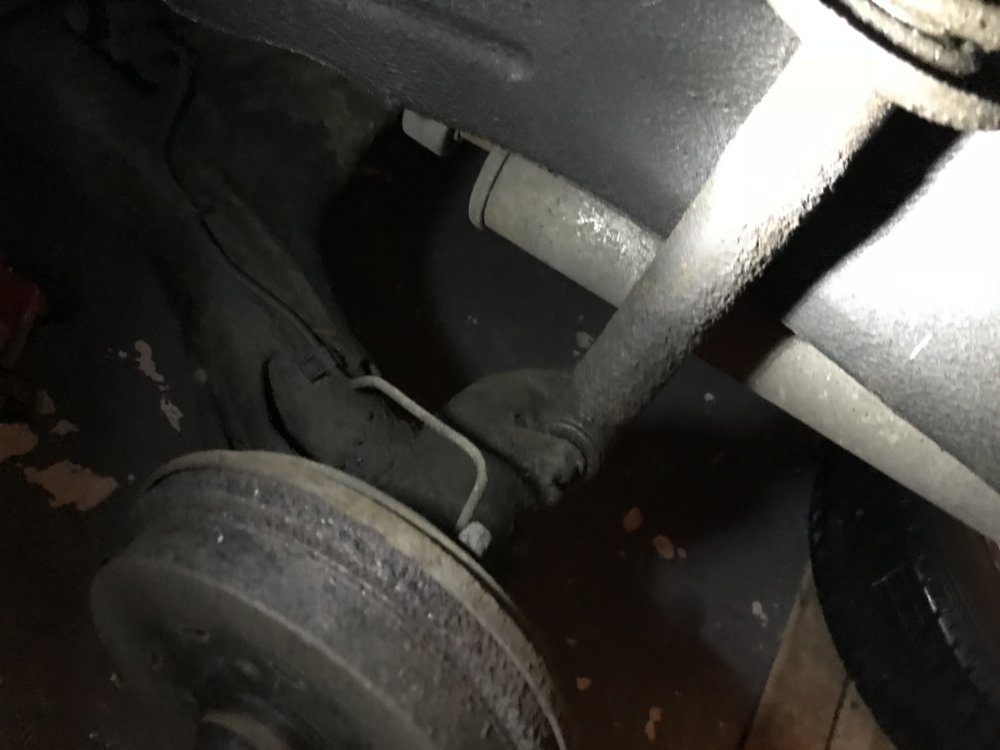 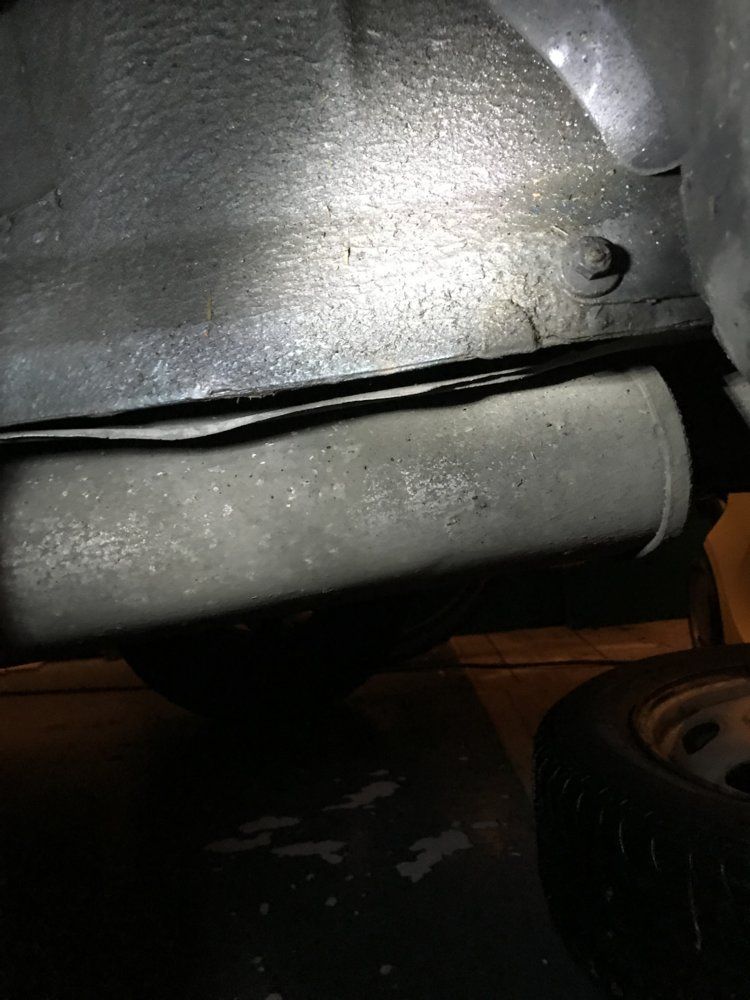 Any advice much appreciated.

OP
D
Just glanced at that last picture and towards the top you can see what appears to be part of a screw and the heat shield seems to be broken around it. If I replaced the heat shield and that was secure maybe that would stop the rattle?

If theres major play in the mounts though they're handy changed and dirt cheap. I keep a few spares in the garage for one fails on the many vws we have at home lol 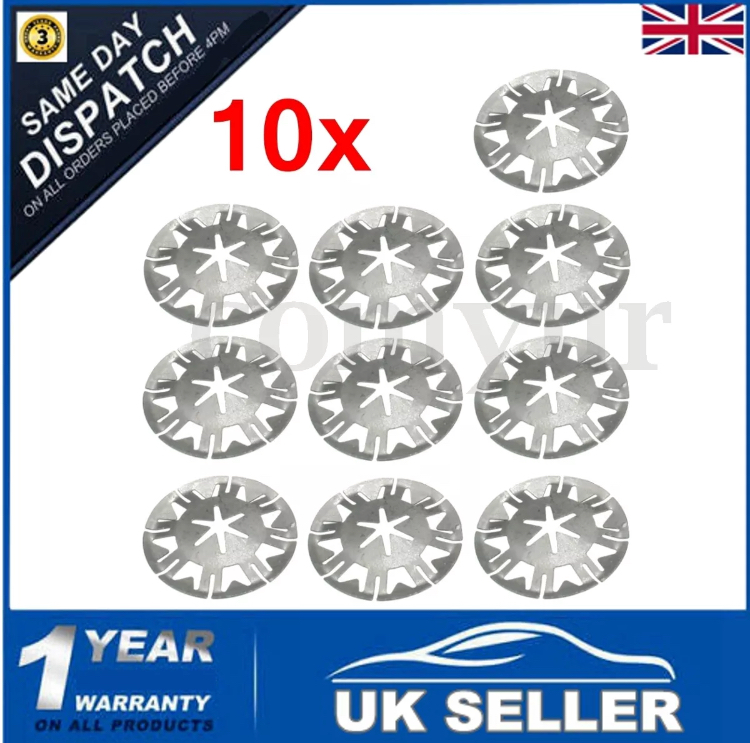 Gonna swing by my dads on Saturday and see if he has any big washers that would do the job for the hole I picked out in that photo.
He tells me he had to do the same on his Mondeo.

All the years of driving any heat shield rattling i have ever had resulted in me ripping them out and i have never had a heat related issue from an exhaust.

Take the heat shield off, there would be very little heat generated there, it'll be lighter, go faster and easier on the juice

OP
D
Removing the heat shield certainly seems like the easiest/cheapest fix. If I was to wrap the back box in heat wrap, would that basically do the same job?

I would look on that heat shield as a design precaution for the vehicle sitting idling in traffic, downtown Istanbul in August.

OP
D
Never made a rattle yesterday at all on the way to/from snow. Was great in the snow too, down through kinallen, Dromara and the back roads around Ballynahinch.

Gave her a bath when I got home and it was my first time to really get a good look at her.
The dragon green paint actually came up really nice and glossy after just a wash and it was obvious the car has either been well looked after or it’s just had a good clean recently - door shuts, etc. were spotless.

Found a few more areas of rust - passenger sill isn’t great and the tailgate has a number of small spots.

It was dark by the time I’d finished washing the polo and my wife’s car, so I didn’t get any pictures. If it dries up today I’ll set her outside and take a few decent pictures of the good/bad/ugly bits.

OP
D
Wee update with some photos I took at the weekend after she was washed.
I'm a glass half full sort of a guy, so all I'll say is the 2 front wings aren't too bad
Got the loan of some wire wheels from my dad, so will have a crack at some of the bits of rust at some stage. 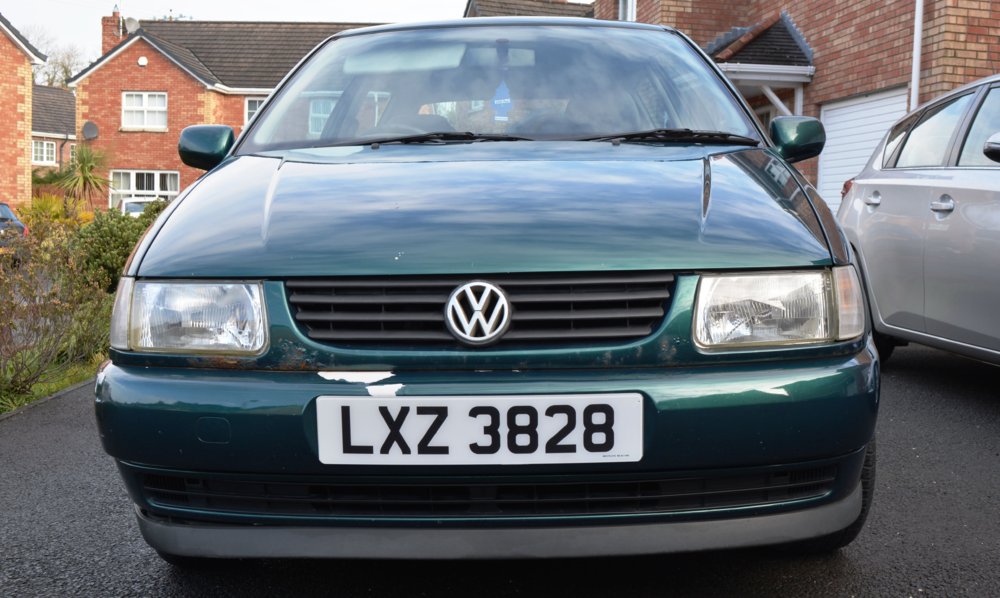 Don't worry about not having experience, there is only one way to learn.