The Larne Motor Club event was once again supported by Laird Grass Machinery, APW Fire, Carey Cleaning Machines and Hawthorne Motors, and attracted sixty-four starters for the Friday and seventy-four on the Saturday.

As competitors began arriving to the paddock, Larne Motor Club visited the local Cairncastle Primary School with some competition cars along with Motorsport UK representatives. Gardner McIlwaine, Hugh O’Boyle and Tim Woodside brought along their Westfield, Mazda MX5 and Pilbeam MP82 for the children to view. Jonathan introduced the club, drivers and cars to the children as they got ready to finish for their summer break. The enthusiasm from the children was great to see as they sat behind the wheel imagining they were racing around their playground. 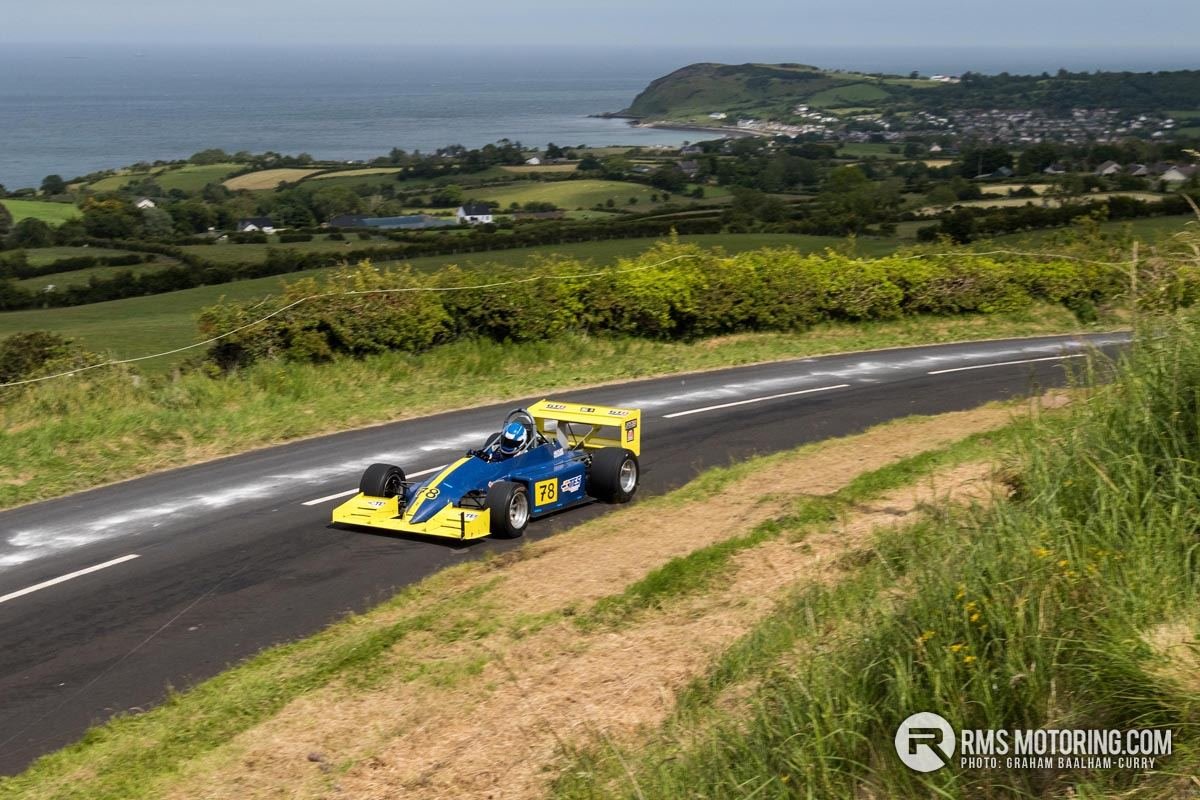 The two days of action are the same format as driver’s race up the 1.65 mile course with two practice and three timed runs. Competitors in seventeen different classes line up to conquer the popular hill and try beating class records.

Class 2B is the class for the Mazda MX-5 and Paul Magill was determined to beat Conor O’Boyle who came out on top in 2021.

Magill had his work cut out as the Cairncastle hill is almost an extension of O’Boyle’s driveway. It was O’Boyle’s local experience that saw him set a sub ninety second time in his Mazda to beat Magill to the top Friday spot with father Hugh O’Boyle in third. Both O’Boyle and Magill were expecting a further battle come Saturday as Adam Brogan appeared in his MX5. Yet O’Boyle went faster again to take first-in-class from Magill and Brogan sealing a double winning weekend.

The next fiercely contested battle came in class 9A as Roger Gage changed from his Maguire Mini to a Peugeot 205 placing him amongst Davy Francis and his popular Escort Cosworth as well as Dan and Garry Campbell in their immaculately prepared starlets. Roger and Dan immediately locked horns as they battled for the class win. Roger quickly got to grips with his new machine as both he and Dan Campbell set impressive times both setting their fastest on their final runs. Roger also pinged 113 mph through the top speed trap. Saturday’s event saw the battles continue as father and son Davy and Mark Francis in two
Escort Cosworths battled for the usual family bragging rights once again, the master was not to be undone as Davy set his fastest time one second quicker than Mark. The 205 and Starlet battle also resumed from Friday but this time Dan evened the score taking first-in-class from Rodger. 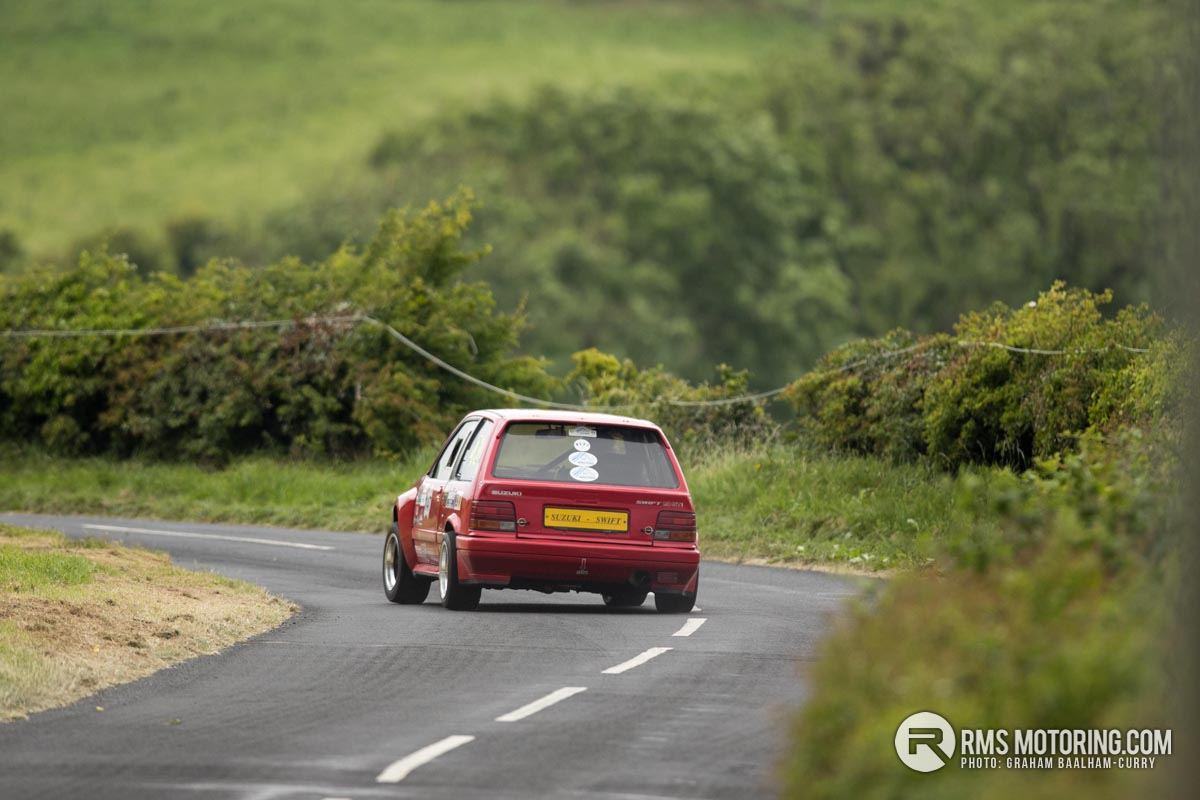 Tim Woodside entered his Pilbeam in class 15 where some thought he would be the new contender to take the battle to king of the hill Graham Thompson. Woodside was happy learning the route on Friday, building confidence on the high-speed hill.

Thompson’s speed is always exciting to watch with speeds approaching 130 mph through the top half of the hill. Thompson took the overall win as John Donnelly won first in class 15 from Woodside on the Friday. Saturday saw Woodside’s speed increase as he also reached 130mph towards the top claiming the class victory from Donnelly.

However, Thompson’s bravery and skill saw him conquer the Cairncastle weekend once again with overall victories on both Friday and Saturday, still the undisputed King of Cairncastle.

Larne Motor Club would like to thank the marshals, medical and rescue teams, sponsors and residents for the continued support in helping Cairncastle Hill Climb become a fantastic weekend of motorsport.