You are at:Home»Hill Climb»Rounds 3 and 4 – Avon Tyres British Hill Climb Championship
By Graham Baalham-Curry on May 14, 2022
Tweet

Wallace Menzies clearly demonstrated why he is the current Avon Tyres British Hill Climb Champion by setting the Fastest Time of the Day on the Simon Brien Residential UAC Craigantlet Hill Climb, netting him the News Letter Trophy. 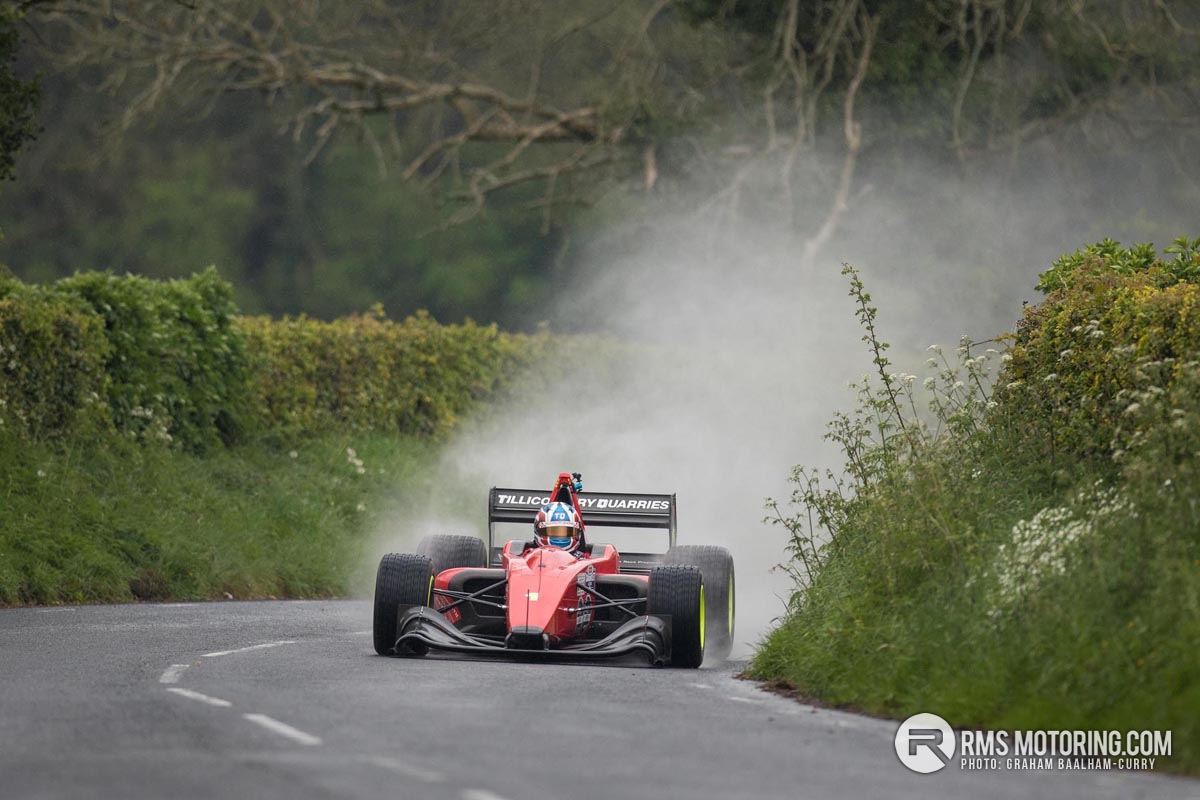 His driving skills also resulted in him collecting the Dunlop Trophy for his Class 15 win and taking a ‘clean sweep’ by winning both rounds 3 and 4 of the Avon Tyres British Hill Climb Championship held on closed public roads on the outskirts of Belfast.

Nichola, Wallace’s wife received the Noble Trophy for the second year in a row as the fastest lady up the Hill. Congratulations to them both!

The battle for the overall win was intense as the rain continued to fall throughout the day making traction off the start line and on some of the corners a challenging prospect, however the big man from Alloa in his Gould GR59-M set the Fastest Time of the Day. 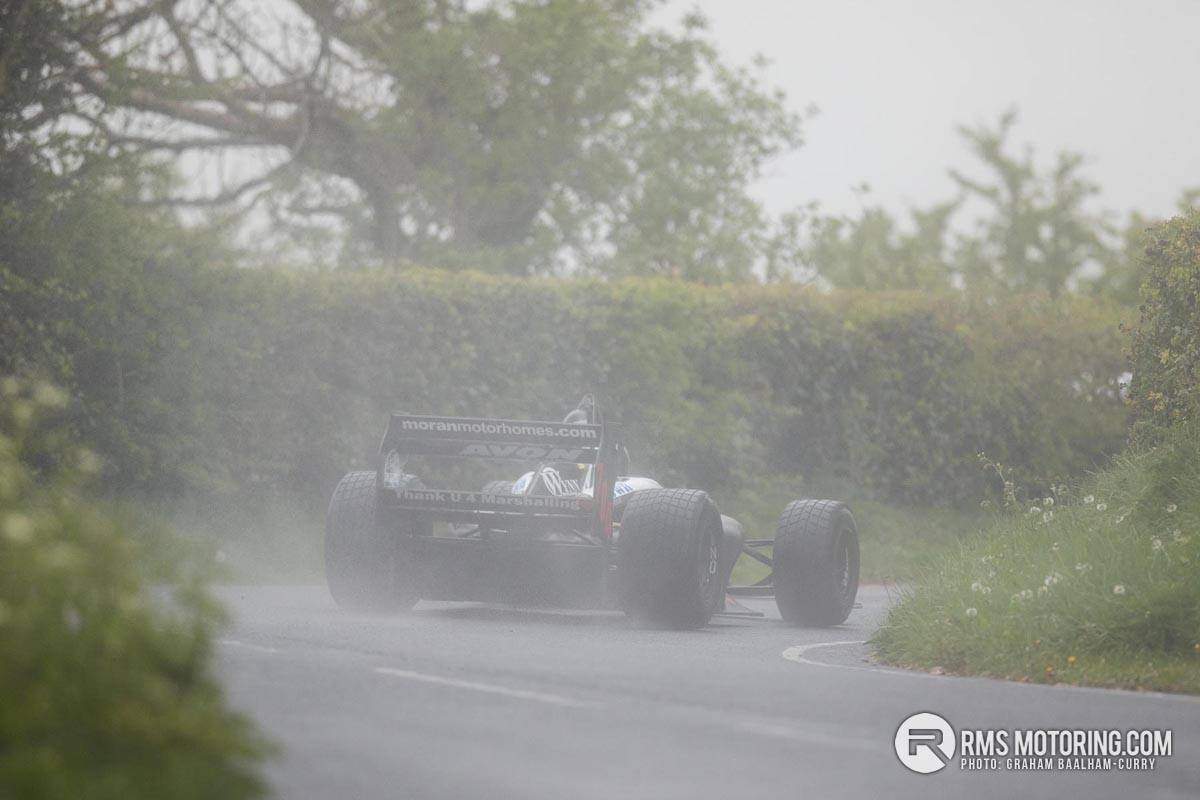 Given the conditions, only 5 seconds off the current hill record of 39.12s (jointly held by Scott Moran and Dave Uren) this was a magnificent result. Second place driver Alex Summers in his DJ Firestorm followed by 0.17 seconds who in turn was 0.54 seconds faster than Scott Moran in his Gould GR59J.

Wallace scored the maximum 10 points for Round 3 of the Avon Tyres British Hill Climb Championship with a time of 43.07s, hotly followed by Alex Summers at 43.63s and Scott Moran finished on 43.98s.

In Round 4 Wallace shaved almost 1 second off his Round 3 time to take the flag at 42.20s, Scott took 2nd this time with 42.96s also a second faster and Alex finished 3rd with 43.45s. A great battle for the top 3 places on each of the rounds. 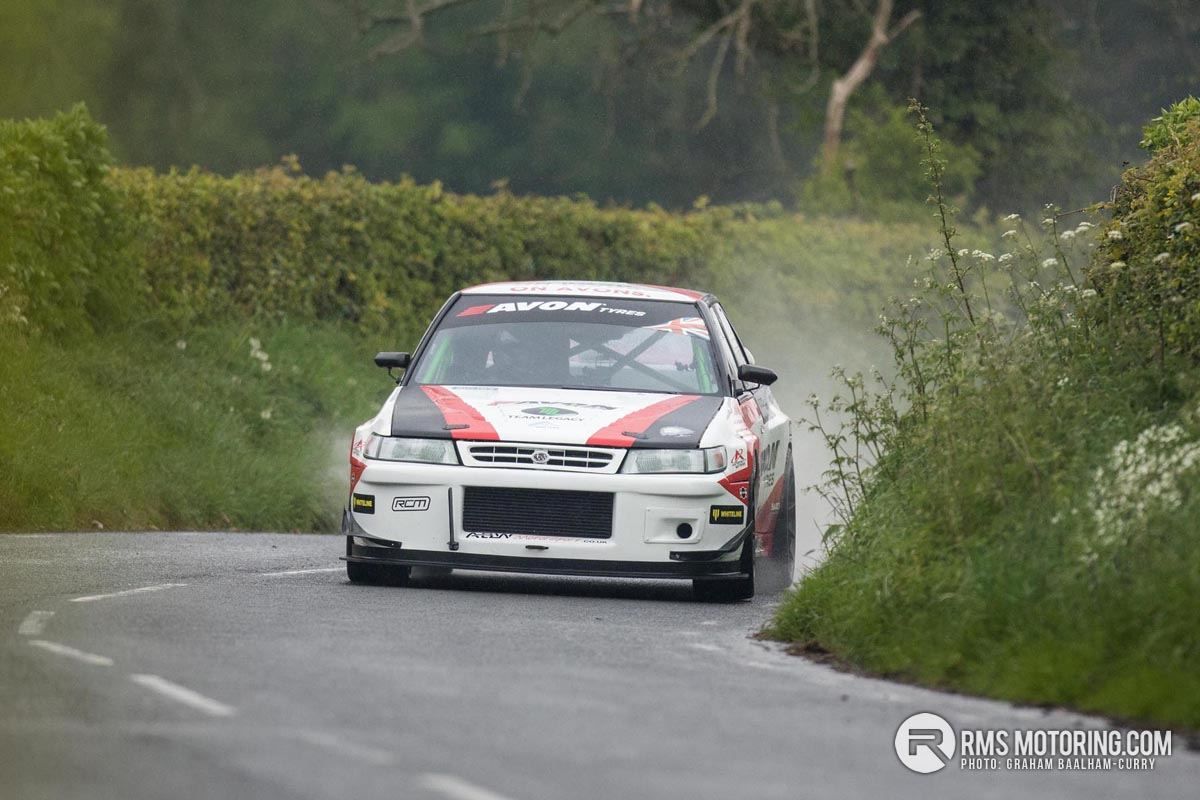 Every run produced faster times from the winners in each class which reflects the commitment and driving skills which entertained the crowds who braved the elements to watch the best hill climbing machinery and drivers perform. 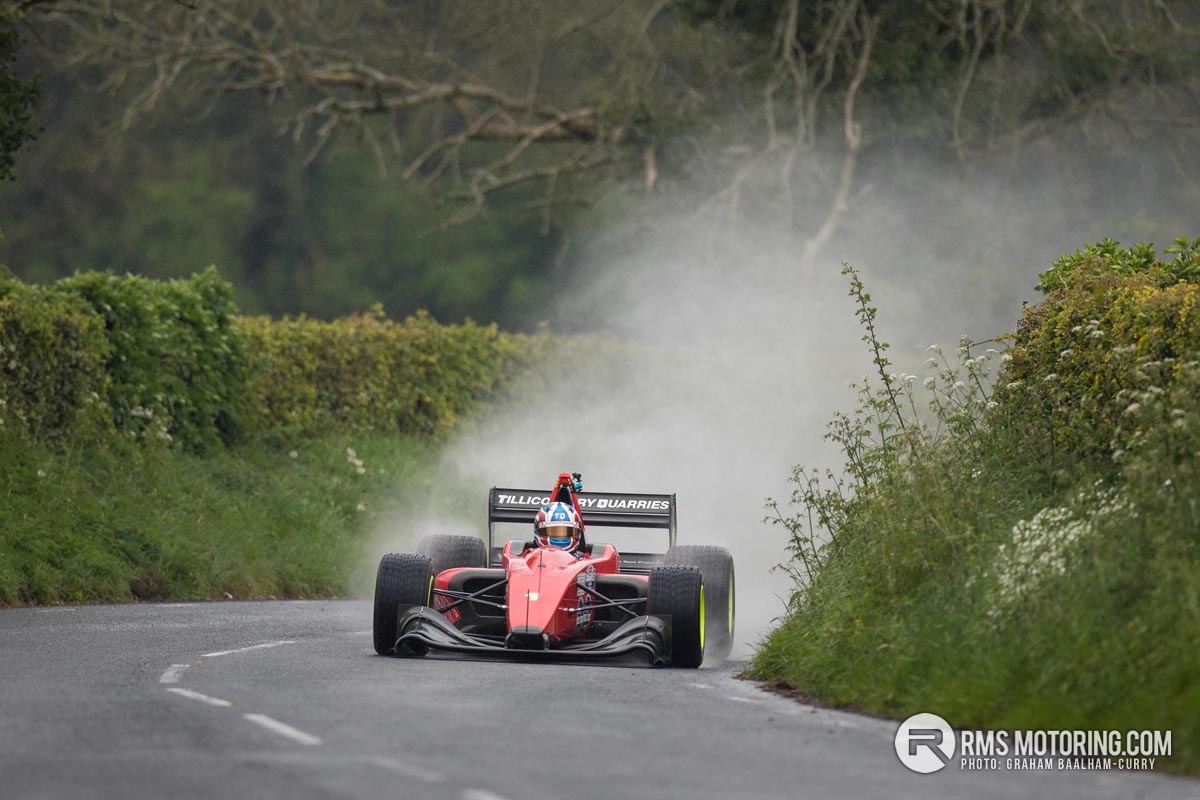 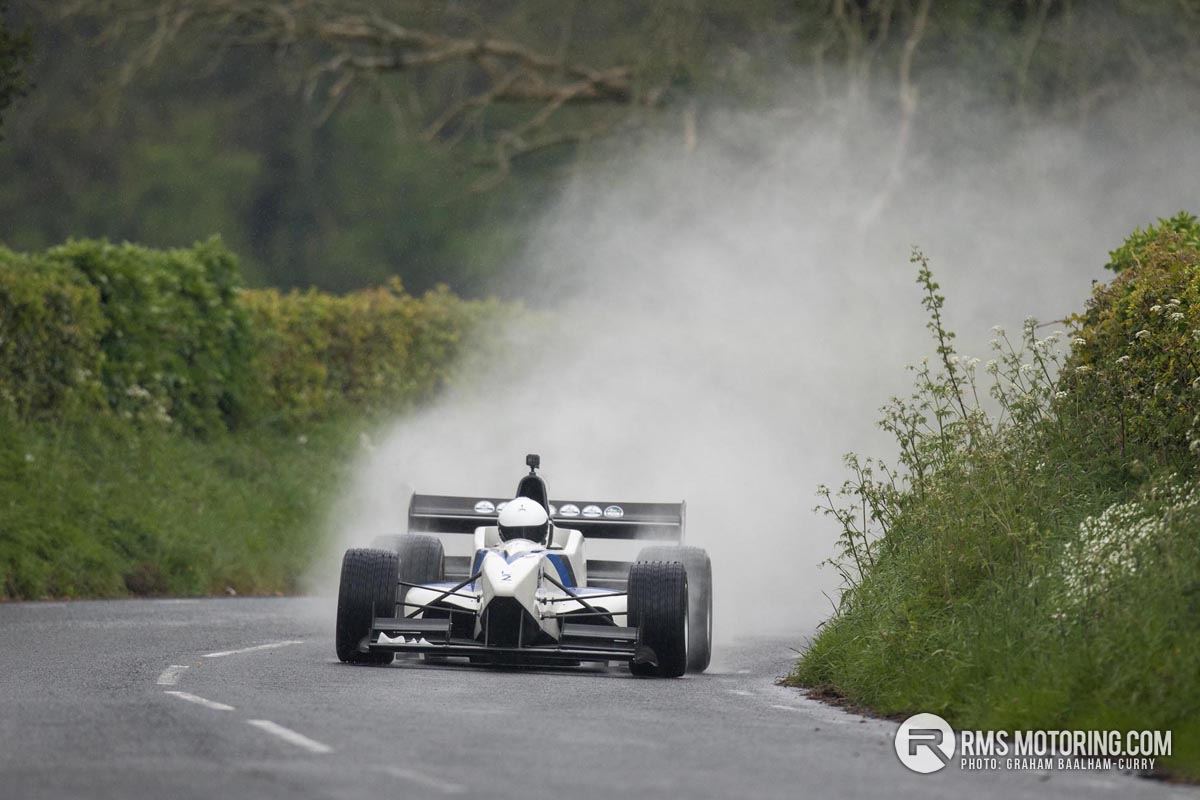 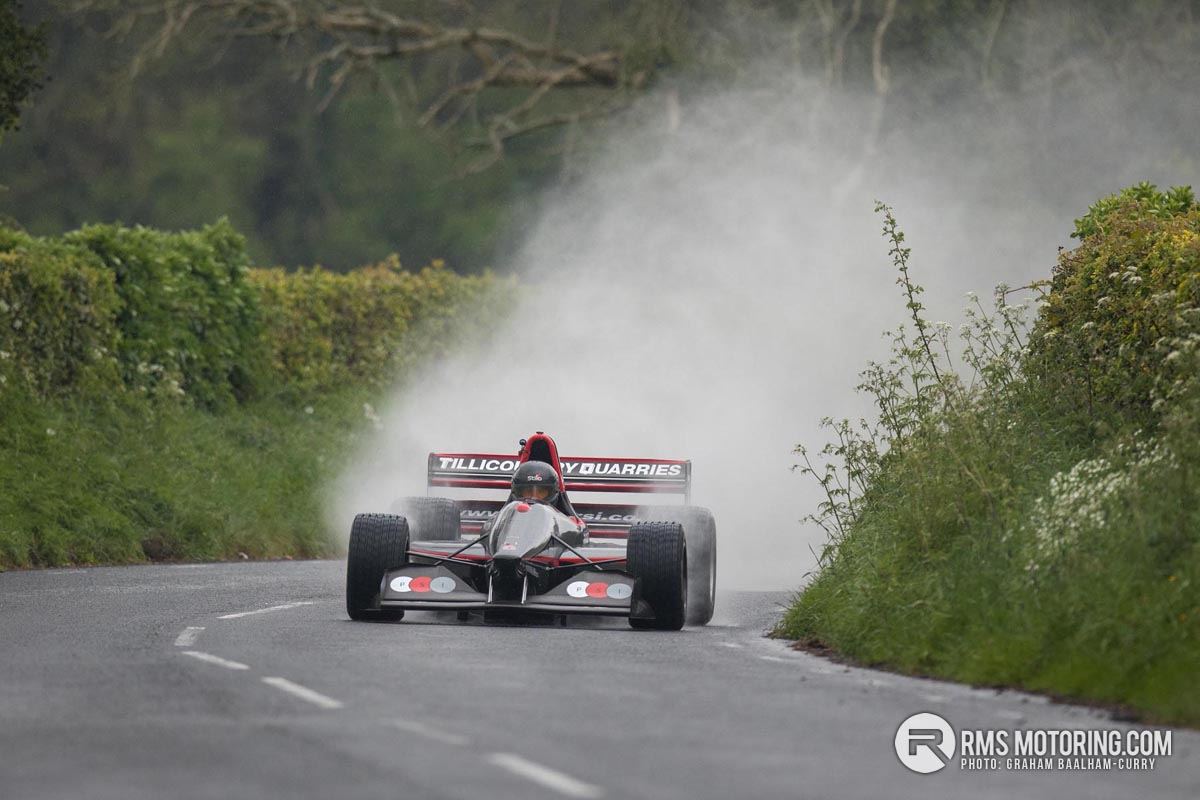 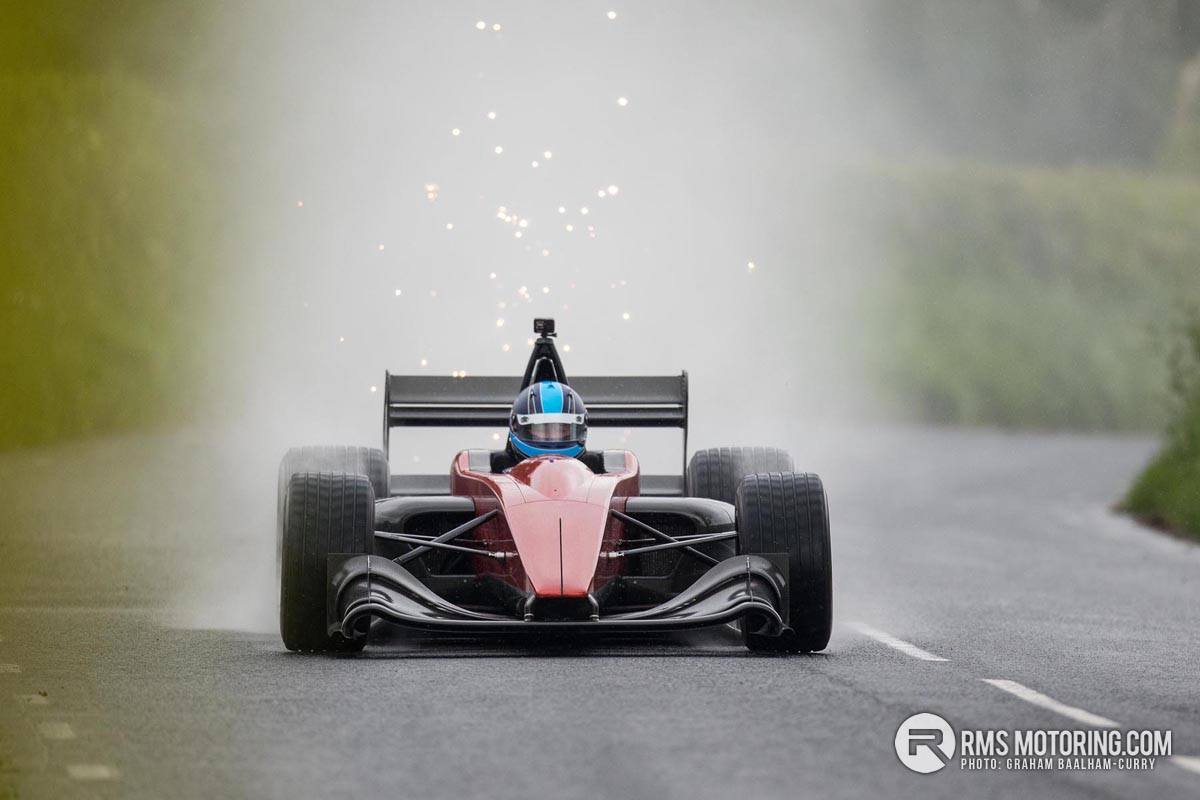 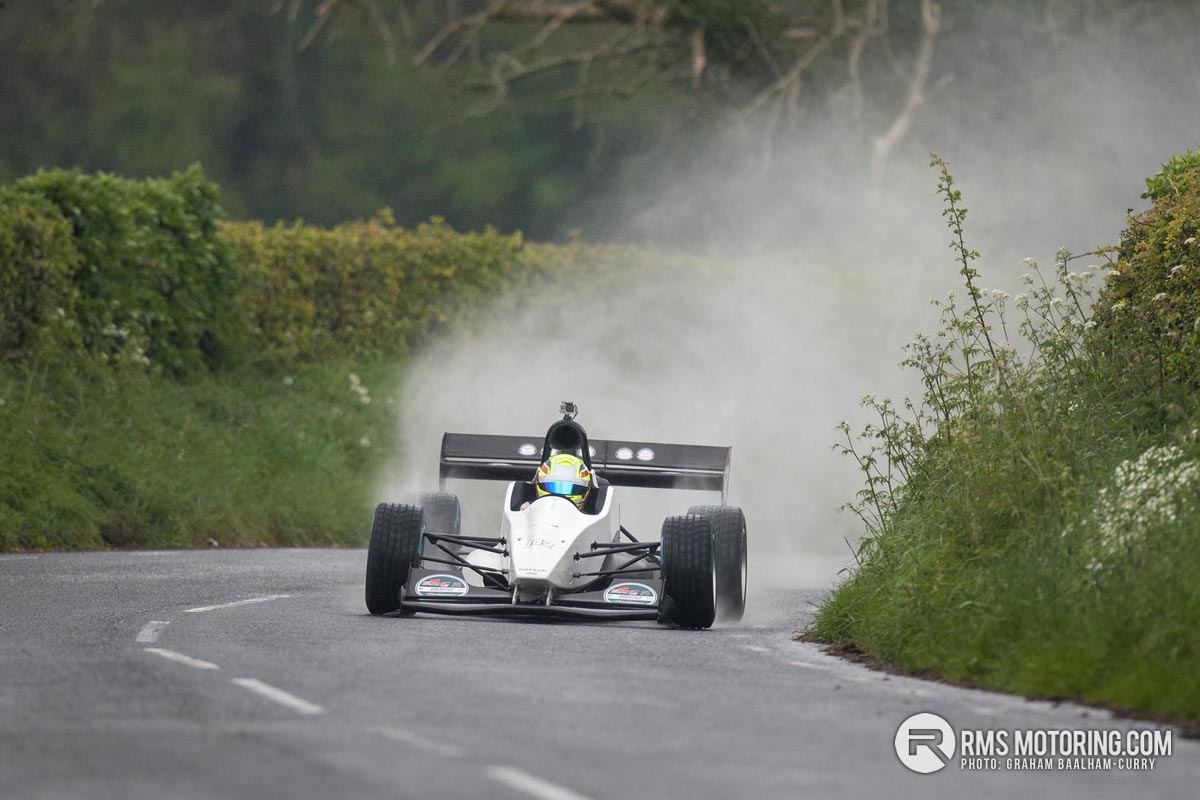 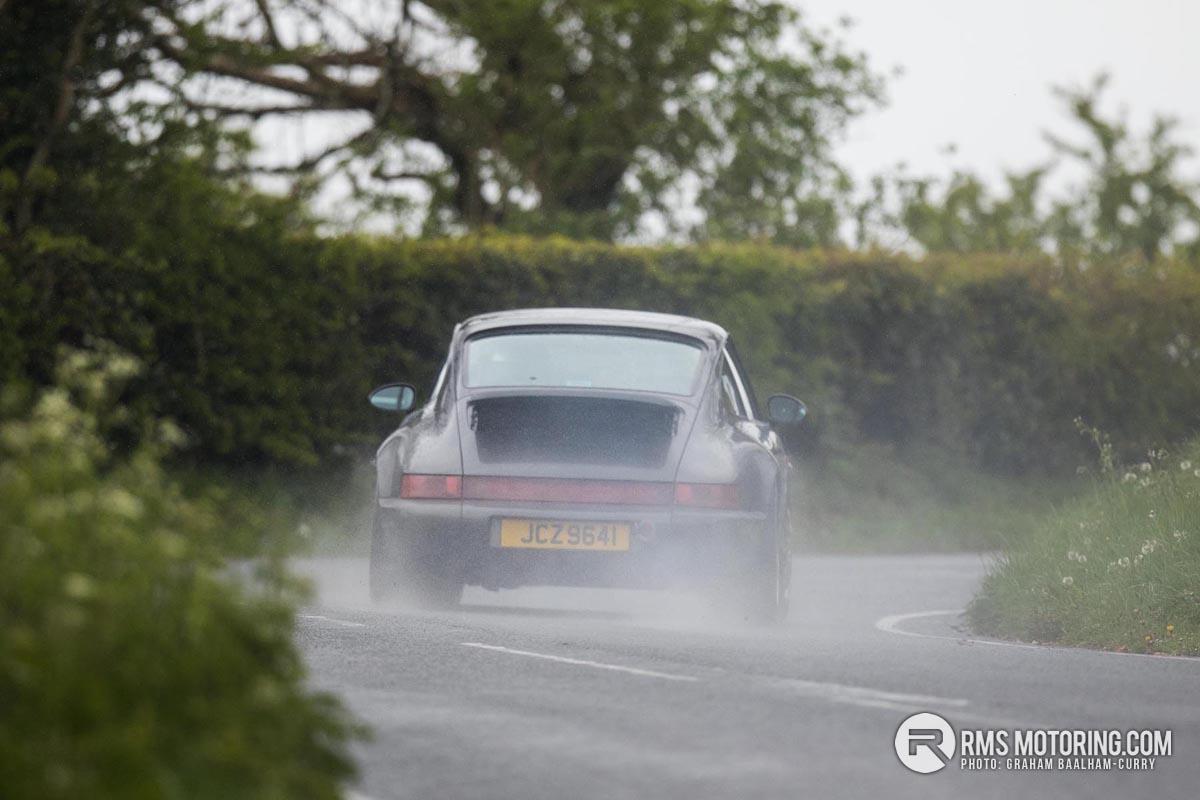 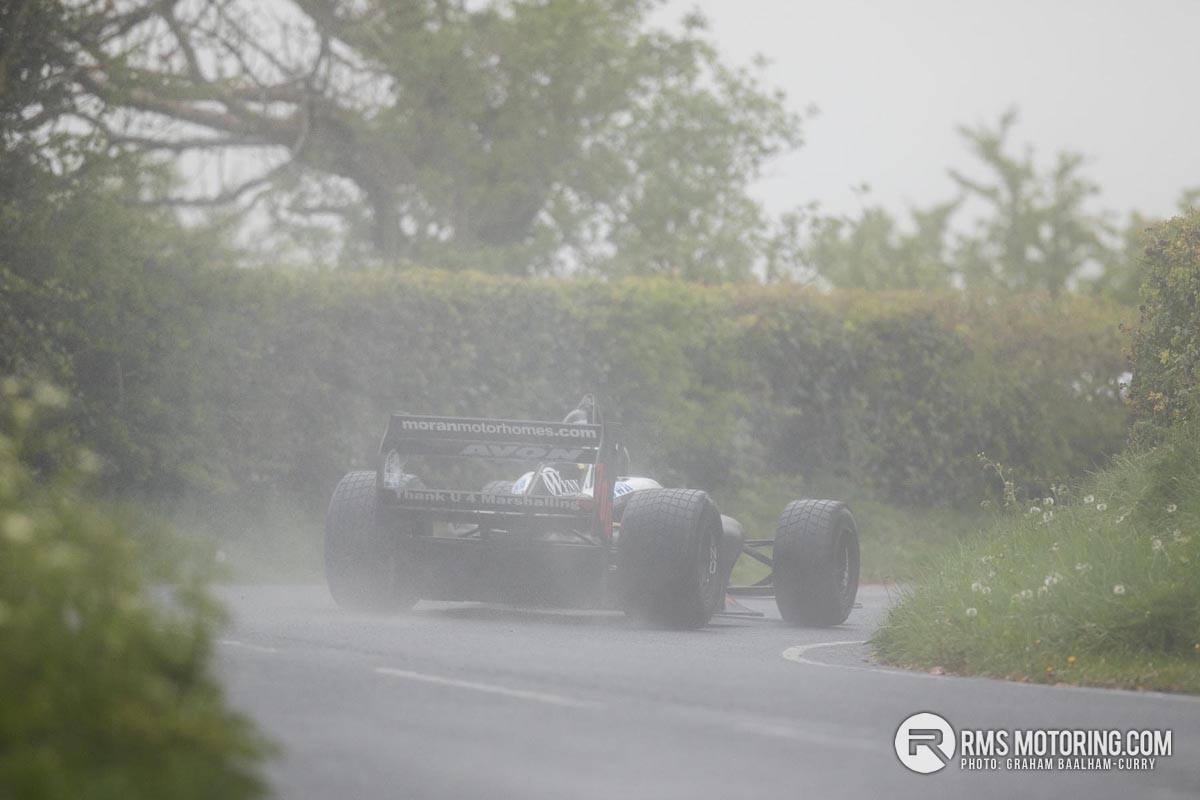 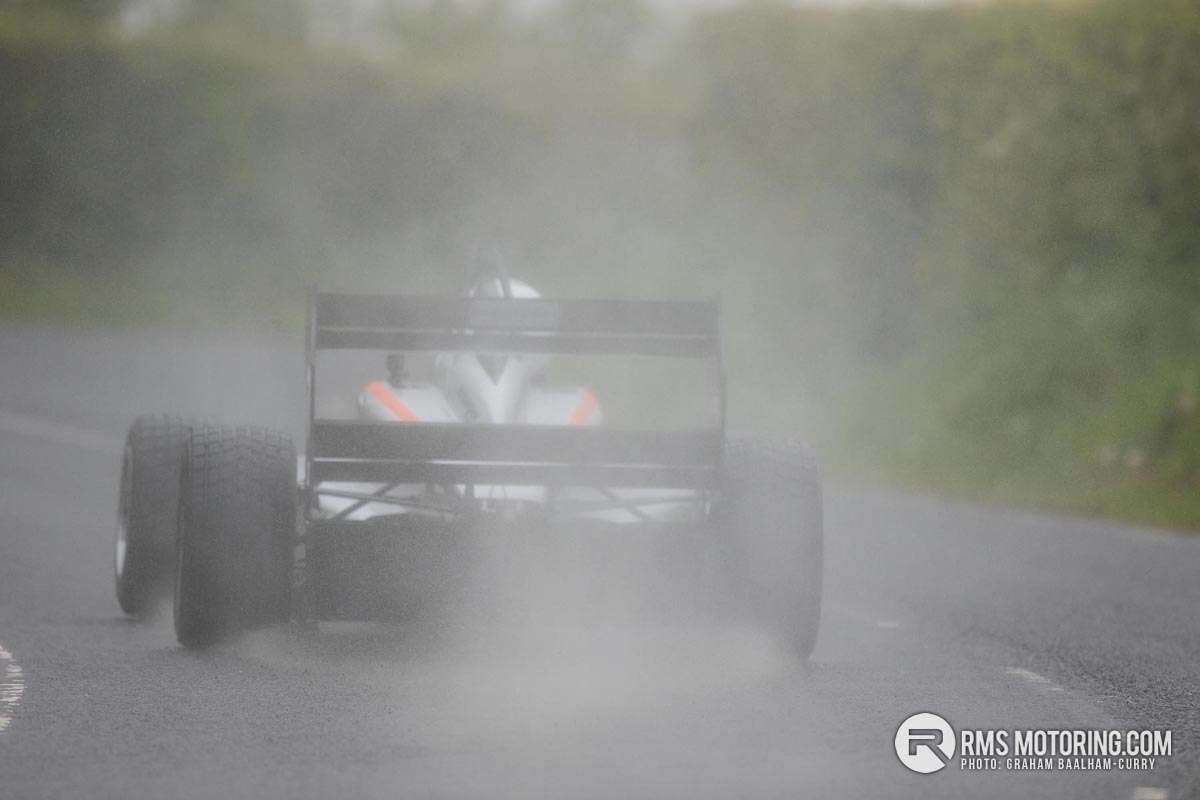 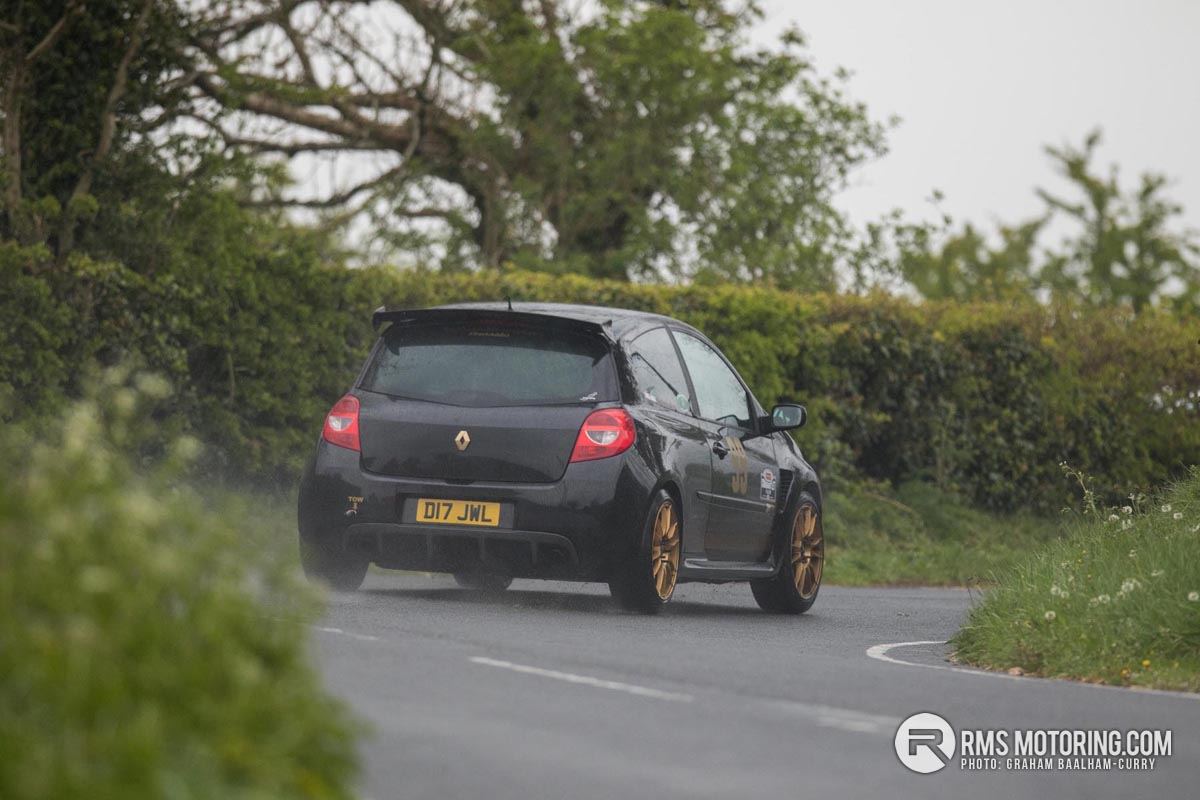 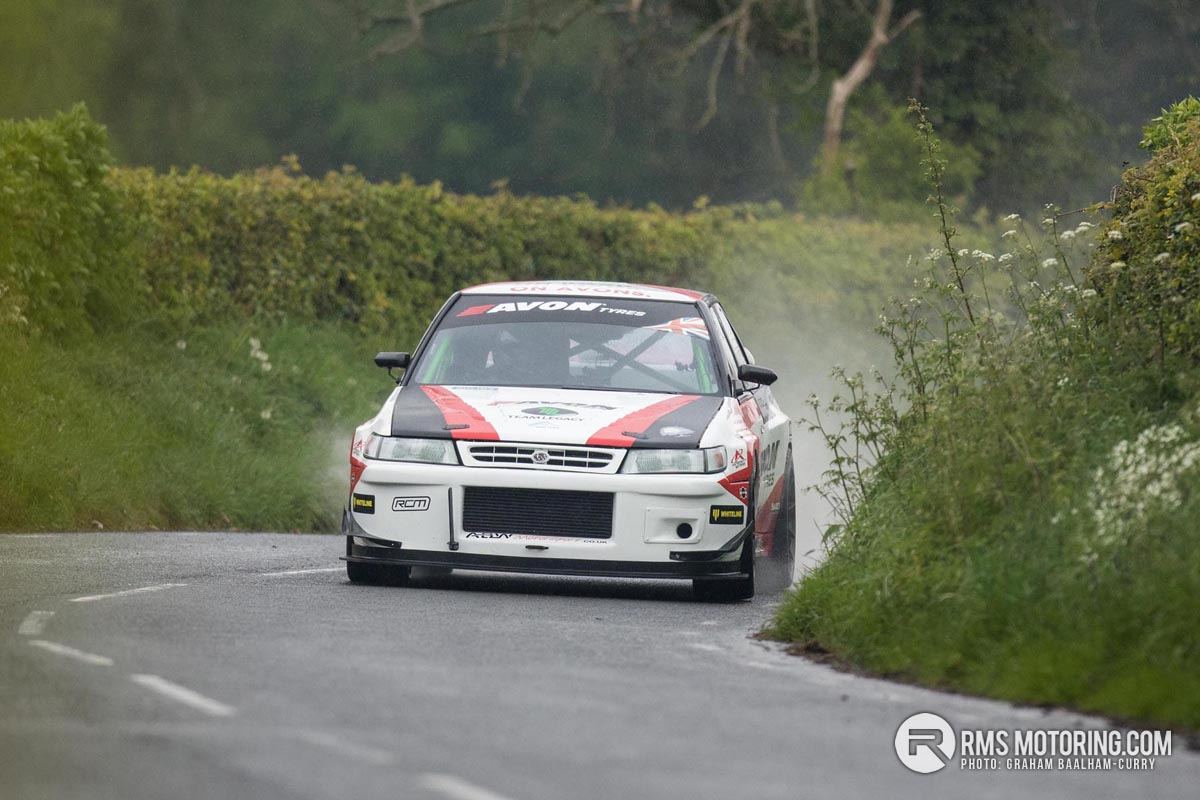