Aerospace engineer and long time RMS forum member, Iain Leinster, has been involved in motorsport since he was a child. The 35-year-old Derry/Londonderry man followed in his father’s wheel tracks and has enjoyed more than 30 years of motorsport, driving an array of single-seater and hillclimb machinery. He spoke to Graham Baalham-Curry and revealed a little bit more.

How did you become involved in motorsport?

I’ve spent a lifetime in motorsport. I started tinkering in the garage with my Dad when I was a child. We never went to a sports day – we went to the Donegal Rally to either support my Dad or just to watch the rally! Then he started racing single-seaters when I was about 12 so I became really interested in working at the car and seeing how it all worked.

I didn’t really know single-seaters existed over here until then. We don’t see many of them here but seeing them racing on the hills is really random! It’s grassroots motorsport and I know a lot of them have old technology but it’s still nice to see them.

What did your Dad rally?

He had a Grp4 BDA Escort. That was back in ’88 or ‘89 so I would have been about five years old. There are photographs of me climbing through roll cages and just generally being a monkey from no-age! 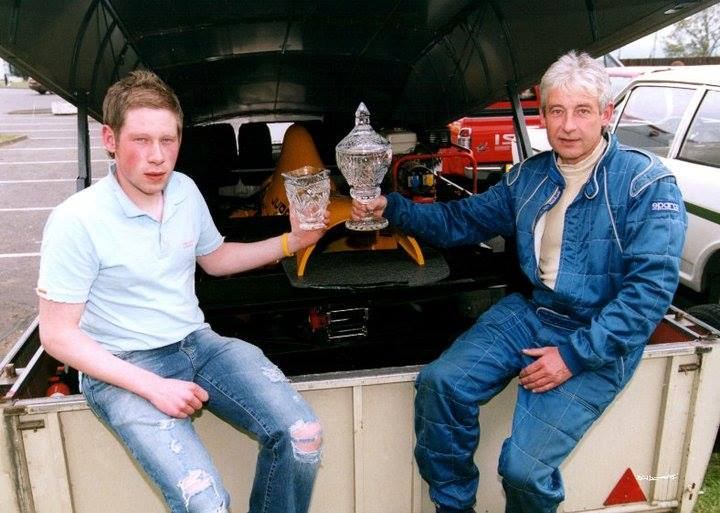 How did he progress from rallying to single seaters?

My Dad started competing on the hills before rallying with an Imp. I think he got back into the game because it’s quite relaxed and he didn’t need a massive budget. He could look after things himself and it was also a good thrill.

What was your first event as a driver?

I think it was a sprint at Kirkistown in the Crossle 32f Formula Ford 1600 that I got for my 17th birthday. I was always keen to get involved as soon as I could and my Dad was probably quite right to give me something like the Crossle. I really wanted the likes of an F3 car or something, but obviously a FF1600 was adequate for putting up banking on the roads and stuff!

It was a good way to cut my teeth. A set of tyres lasted the entire season and it was a bit of fun. It also got me tinkering and understanding the cars better. You didn’t need a set of wet tyres, or dry tyres, because you just ran the same tyre all the time, and there was a class for the Formula Ford 1600 on the hillclimbs. It was good fun and a good way to get me started.

What other cars have you driven?

Not that many, to be honest! Back when my Dad had the Pilbeam MP 82 with the Millington engine in it, I remember getting thrown into it when I was about 15. It had 1,500 horsepower per tonne so that was some experience! That was probably my first taste of a proper a single seater. It was a great buzz!

Then I had a few runs in the Opel V6 Pilbeam and then the DTM engined car. Then we used a Judd engined car at a few sprints, which was the Le Mans car that had over 700 horsepower and weighed just 485kg. It was impressive and it was so good at everything. But I did stick it in the barriers at Kirkistown! 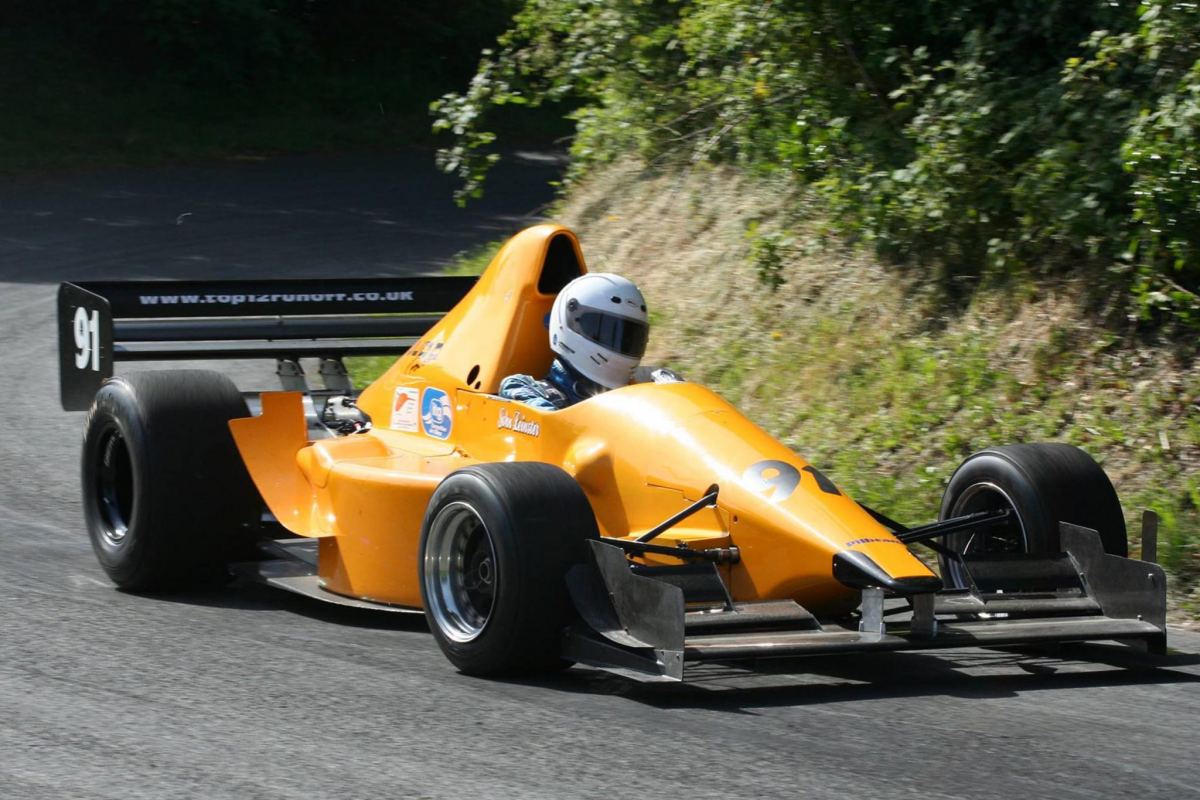 The Judd MP88 that Iain drove on a few occasions. Pictured here with his late father, John, behind the wheel on Croft hillclimb

Do you have a favourite event?

The hillclimbs do not compare to circuit racing as it’s such a buzz to get out on the track with other cars. I would rank every race that I’ve ever done, at Kirkistown or Mondello, above any of the hillclimbs. However, the likes of Knockalla Hillclimb is a special event because it’s stage of the rally.

Knockalla is not that technical but it’s quite steep and you have a great vantage point. It’s not the same as standing at Kirkistown, as you’re rolling the single-seater out onto the beachfront!

I’ll never forget the weekend event at Knockalla when my Dad raced while he was quite ill. It was quite a special day to see him still being able to drive the car fast and win the event that weekend.

What’s your favourite car that you’ve competed in?

It’s definitely got to be the Judd MP 88, purely because the thrill in it was like nothing else I’ll ever experience ever again. It was an absolute pleasure to get the get the opportunity to do it. And I only have my Dad to thank for that. He obviously worked his way up to it but he trusted me to take her out. I was about 23 years old and 180mph at Kirkistown was pretty lairy! I can’t imagine ever getting that buzz again, to be honest.

Any drivers that you’ve looked up to over the years?

When I was younger, I really looked up the likes of Graeme Wight Jr, who was the GWR guy from Scotland who competed in hillclimbs. He built his own cars and had a weird and wonderful engineering ability. He was obviously a great driver but I was always amazed by the creations he built. He was such a character too. He always had a dram of whiskey in his hand and his whole crew just looked like they were having real fun. 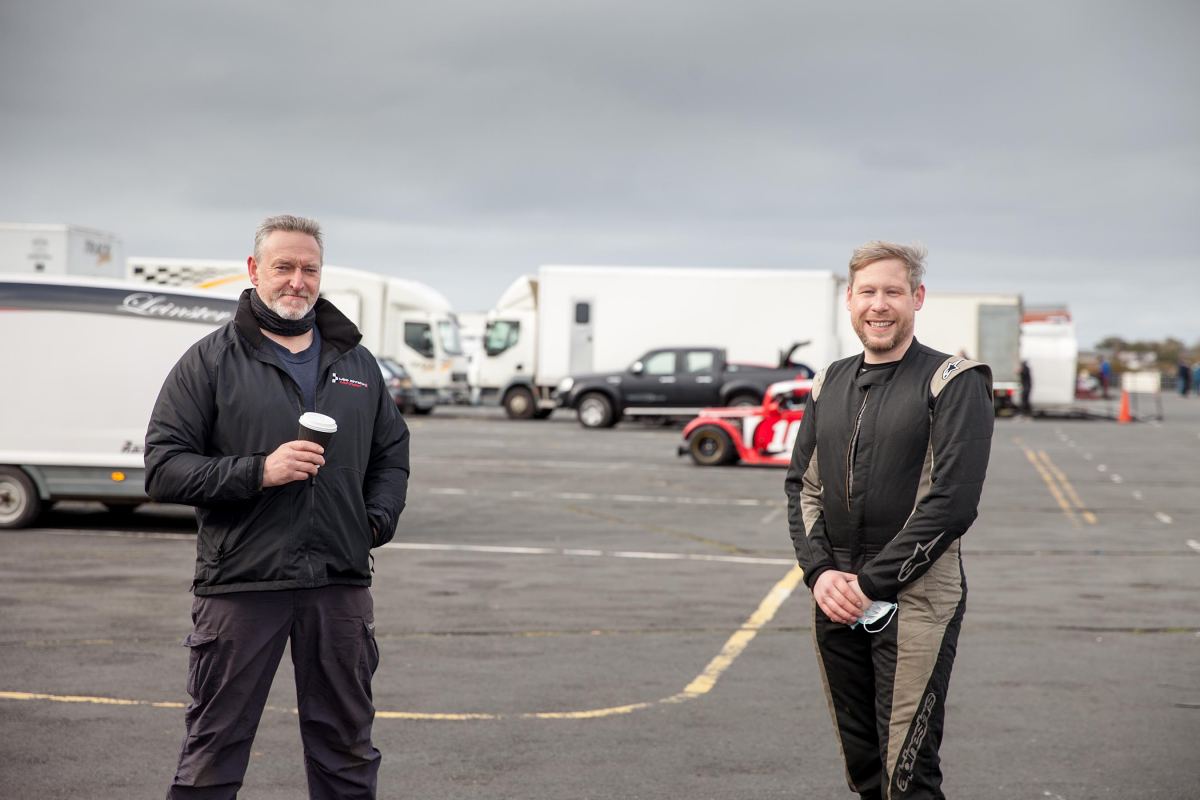 Do you have any other hobbies?

Between family life and the sport, it doesn’t really allow for anything else. I just live and breathe petrol and fuel! There’s tinkering time, and building time, lots of late nights, and then obviously race days too. It’s a full-time hobby and it can be hard to balance it in all sorts of ways – financially and time wise. It can put a real strain on all aspects of life, including your work, but you just have to make time for it.

After my father passed away, I lost my interest in motorsport because we always travelled together. We sorted the cars out through the week, then got them loaded up. Every weekend was like a lad’s weekend.

Then I met Mike Johnson who came on board and was almost like a father figure for me. It was crazy because he’s really supportive and he’s very, very knowledgeable. He has really got me back into motorsport and it’s great. He comes along to the events and keeps me cool and calm. I probably wouldn’t be racing again if it wasn’t for him. 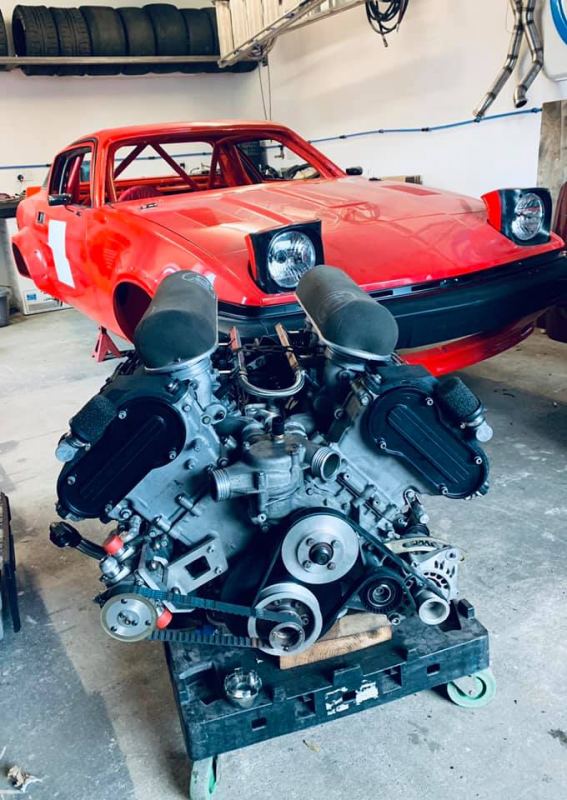 Plans for the future?

I plan to take the MG to the Classic Sports Car Club Championship and I’ll use the TR7 for hillclimbs.