You are at:Home»Interview»Larne Motor Club Member Wins Motorsport UK Community Supporter of the Year
By Graham Baalham-Curry on March 24, 2021
Tweet

Larne Motor Club member Jonathan Millar has been a pillar for the Northern Ireland motorsport community throughout the 2020 season and receives award in recognition of his community efforts.

On 21 February, Motorsport UK hosted its first virtual Night of Champions to celebrate the 2020 season – a year like no other. Traditionally, the awards ceremony is held at the Royal Automobile Club in London, but this year the prize-giving was beamed to homes across the UK on Facebook and YouTube, with this virtual edition bringing the entire motorsport community together for the first time. 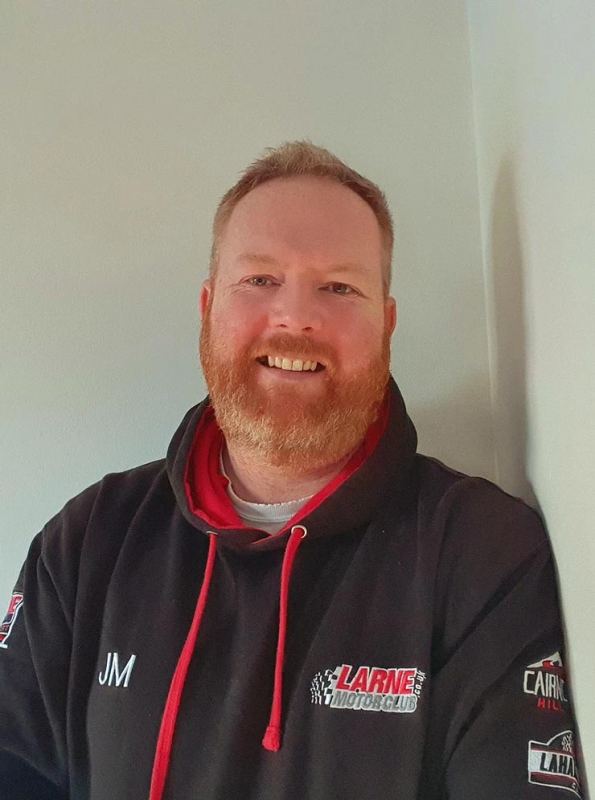 Hosted by Steve Rider from Motorsport UK’s new headquarters at Bicester Motion, the virtual Night of Champions celebrated the breadth of the sport, with recognition of the British titles as well as specific awards to honour the Herculean efforts of volunteers on the motorsport frontline.

For Larne Motor Club member, the year began with Jonathan organising a Production Car Autotest, which raised £3,500 for the Snowdrop Room in the Royal Victoria Hospital – a homely space for parents coming to terms with the loss of their stillborn children.

The pandemic then struck, but that didn’t stop Jonathan continuing the good work, as the Northern Irishman organised weekly online quizzes to bring the motorsport community together during the isolation period. 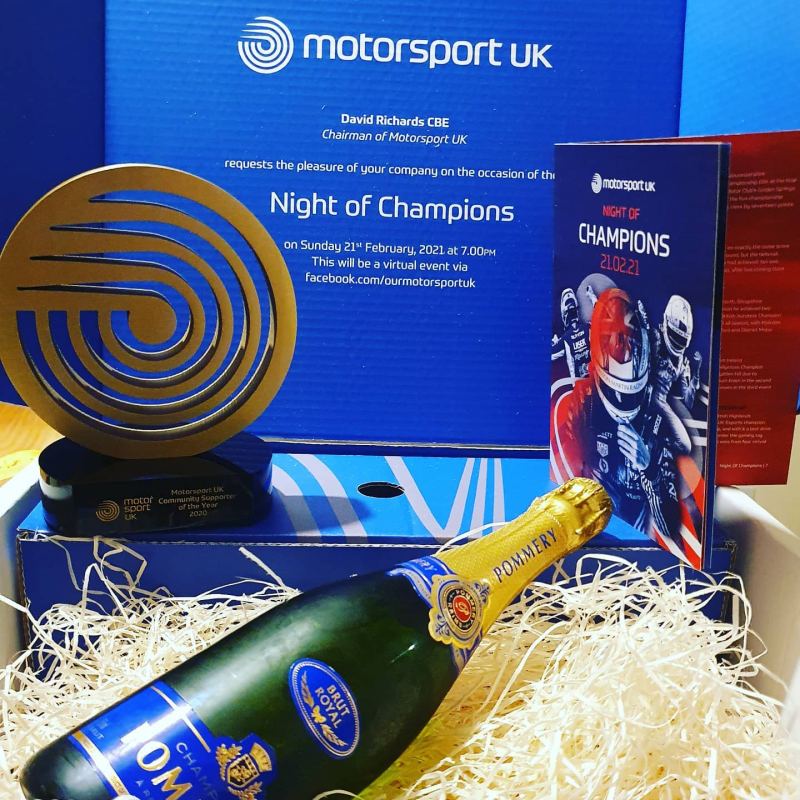 When restrictions eased, Millar then put together a socially distanced car treasure hunt, for all the family to enjoy, which helped raise £750 for Macmillan Cancer Support.

After the ‘Motorsport UK – Virtual Night of Champions’ Jonathan Millar said, “It’s nice to win the award. It’s great to use motorsport to bring support to people in need, whether it’s a fun quiz every Monday during lockdown or socially distanced events, but I couldn’t do it without the support of my family and friends. Larne Motor Club is close and strong group and it’s great to be a small cog in the machine”.

Motorsport UK CEO, Hugh Chambers, reflected on the past season: “I would like to congratulate all of the award winners, from our British champions, to our devoted clubs and volunteers, as well as our media professionals. 2020 was a year like no other, and everyone around the world had to come to terms with many changes both personally and professionally. 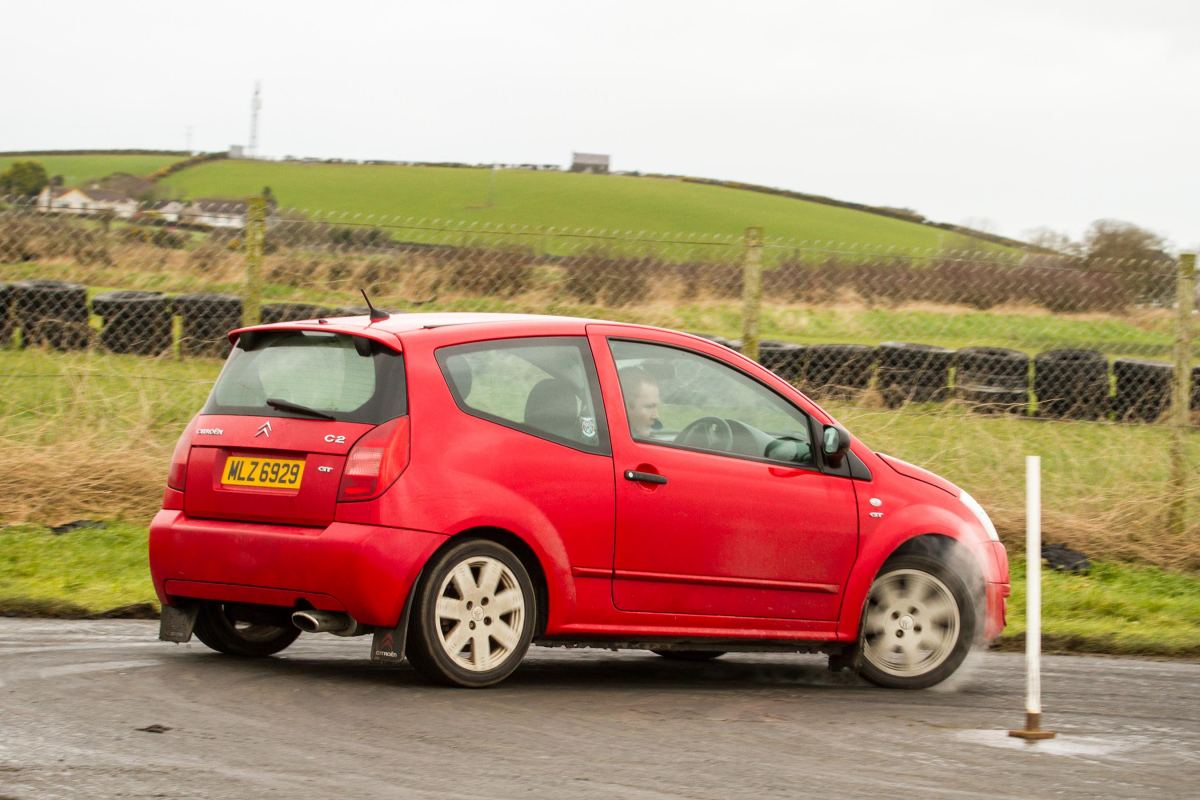 As well as organising events, Jonathan is no stranger to competing

“What motorsport demonstrated last year, maybe better than most sports, is the ability to adapt and to change, and perhaps our focus on organisation and safety as an industry has put us in a position where we were able to respond and react to the current challenges quicker than most. After restarting most of the sport last year, this gives us a great deal of confidence to continue the hard work and get all disciplines up and running once more.

Chambers continued, “Whatever the future holds in the short term and when lockdowns are lifted, we know we can rebound quickly and get competition going before too long.” 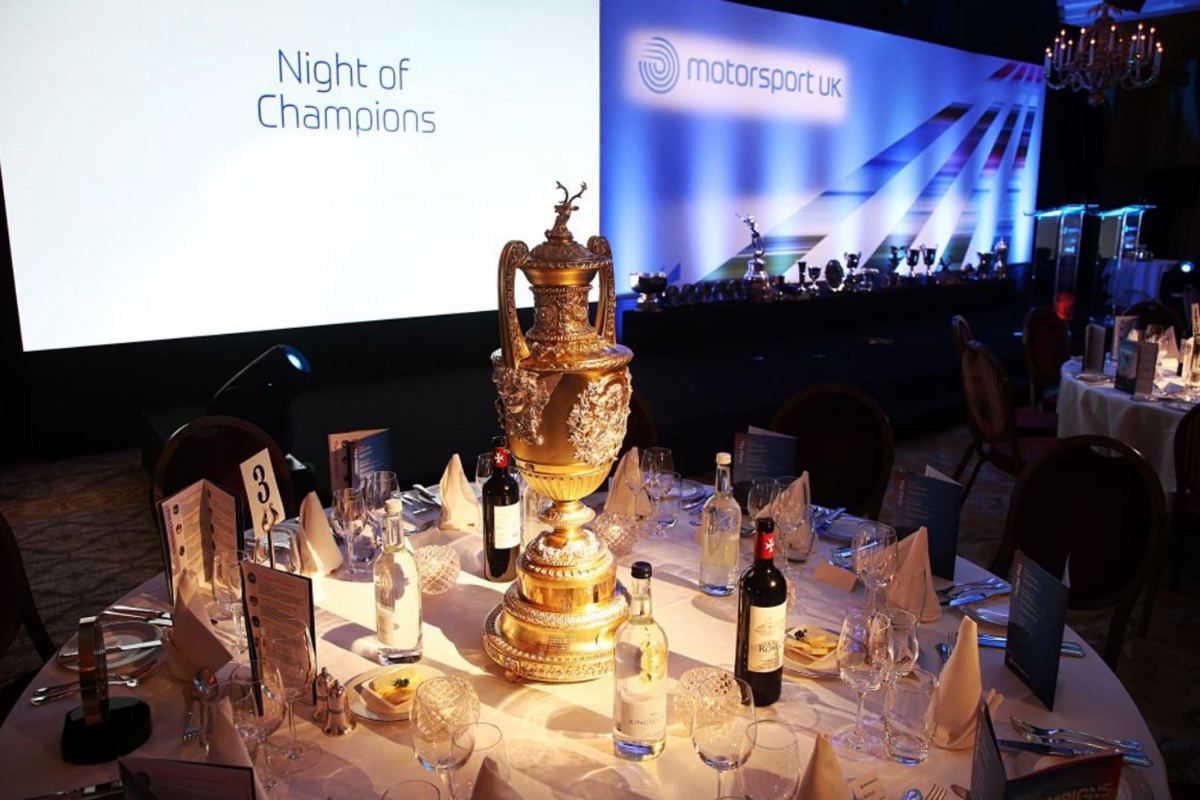 FM155 replied at 14:09, Wed 24 Mar, 2021
Report
Well deserved, Jonathan has been a great ambassador for a vibrant club. I've been impressed by the level of organisation in their Targas and autotests in the last few years. The quarry all forward autotests have been a nice relaxed days fun in the last 2 years with plenty of money going to charity. (y)