Having won the title for the first time in 2017, Greer entered the final event of the season knowing that a measured drive would ensure his second title success. With an advantage of five points, he knew the pressure was on his rivals, allowing him to concentrate on staying safe and bringing the car home.

Navigated by Kirsty Riddick in his Citroen C3 R5, the crew rallied home to finish third overall at the Magherafelt and District Motor Club organised event, which was more than enough to lift the prestigious title for the second time! 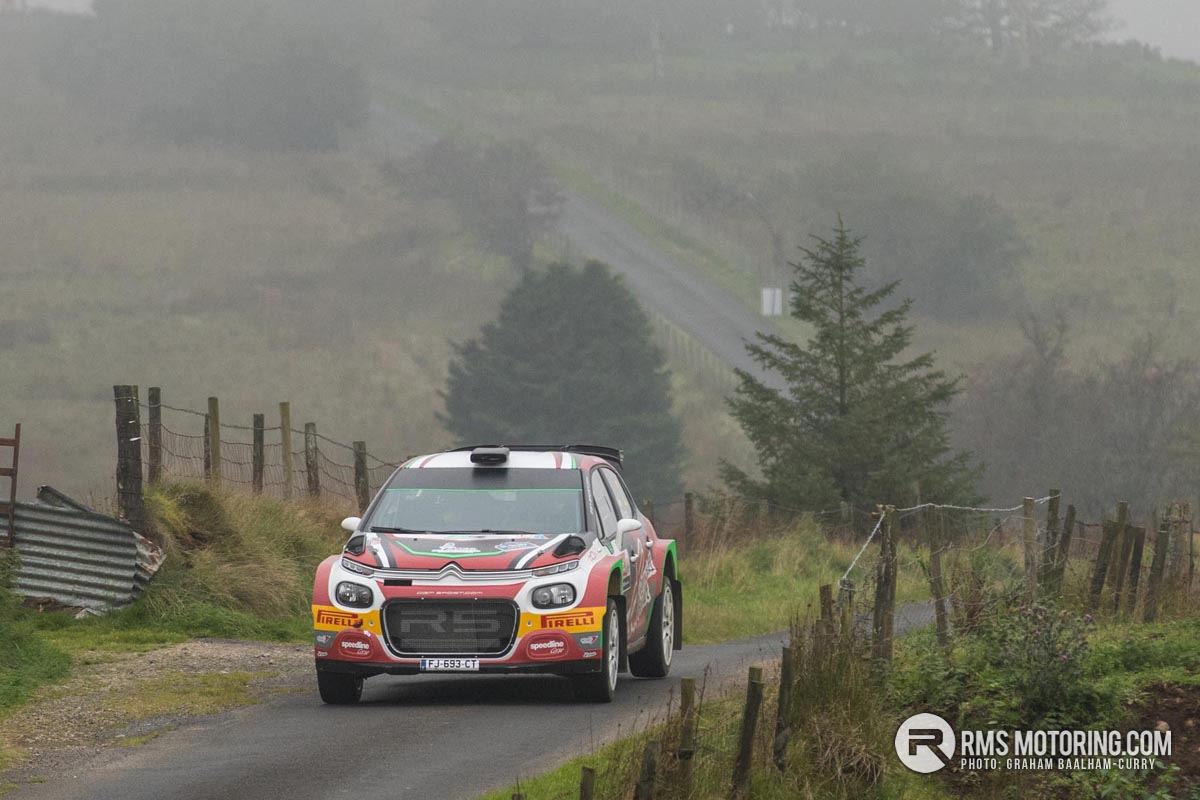 “We decided to contest the Northern Ireland Championship this year to get ourselves up to speed in the Citroen. We’ve basically had to start from zero to develop the car but everyone has done a fantastic job. The opening rounds went well so we just had to get to the finish.”

The battle for the rally spoils transpired to be a three-way affair between Callum Devine, Desi Henry and Phillip Allen. Devine took first blood on the opening stage to move into an early lead but Desi Henry replied with a stunning time over the second test to grab the advantage.

Then Henry’s bid for victory went awry when he overshot and stalled at a hairpin on stage three. That dropped him behind Devine as well as Philip Allen who moved into second position.

After the service halt, 11 seconds covered the top three crews with Devine leading in his Fiesta by eight seconds from Allen. It was all to play for and over a slippery fourth stage, Allen pulled out all the stops to set the fastest time. He reduced Devine’s lead to just 4.9 seconds with two stages remaining. 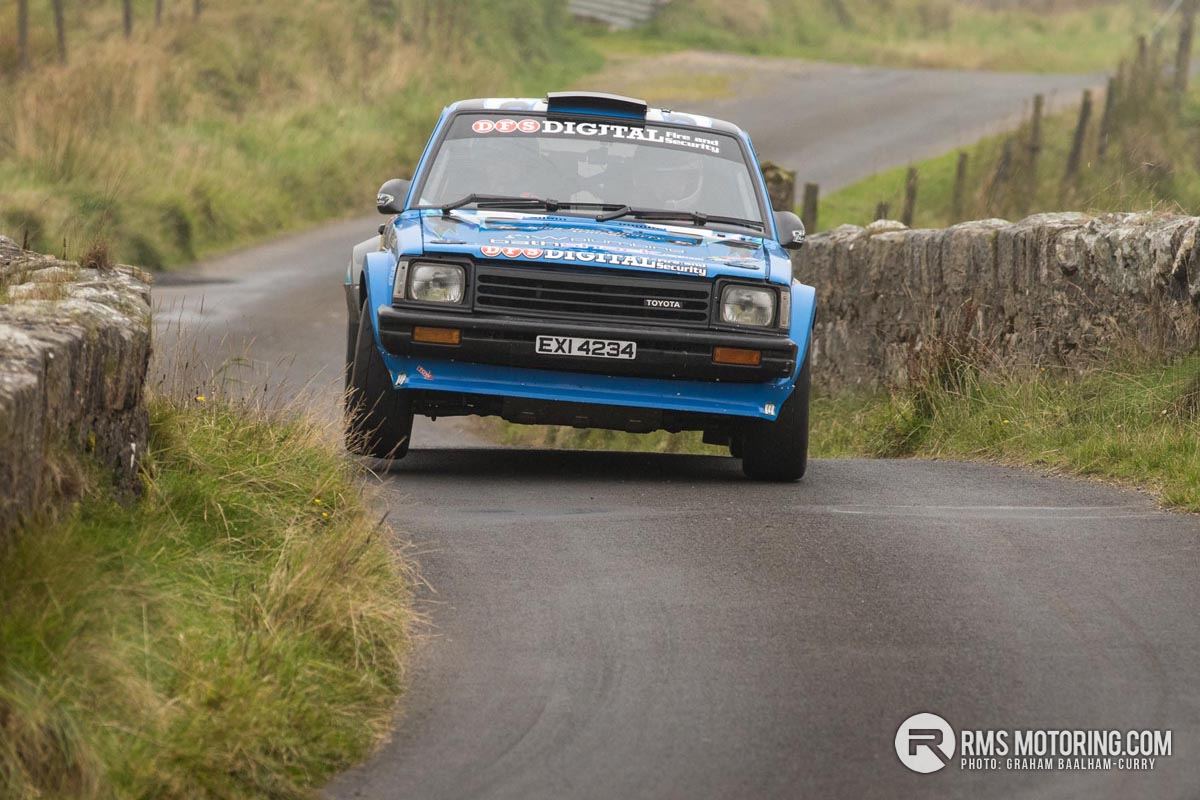 Unfortunately for Allen, stage five proved to be the turning point of the event. The heavens opened and the treacherously wet stage caught out the Cookstown driver. He slid wide at a left-hander, clipped a telegraph pole and crashed into a field.

Desi Henry also struggled through the same stage. He had fitted slick tyres to his Hyundai for the test, only for the rain to pound the tarmac.

Henry lost 10 seconds to the leaders in one swoop so it was Devine who entered the final test as the odds on favourite for the rally win. With almost 20 seconds in hand over his nearest rivals, he was able to manage his pace through the closing miles. His eventual winning margin over second placed Desi Henry and Niall Burns was 34.7 seconds.

“We’re delighted!” Devine said. “The guys were going hard today so they weren’t making it easy for me. The last stage was really slippy so we just tried to manage it as best we could.”

Desi Henry and Niall Burns were left rueing their earlier overshoots and half spins but second overall was a just reward for a hard day’s work.

“It was my own fault,” Henry said. “We had a few silly mistakes between the overshoot and then fitting the wrong tyres.” 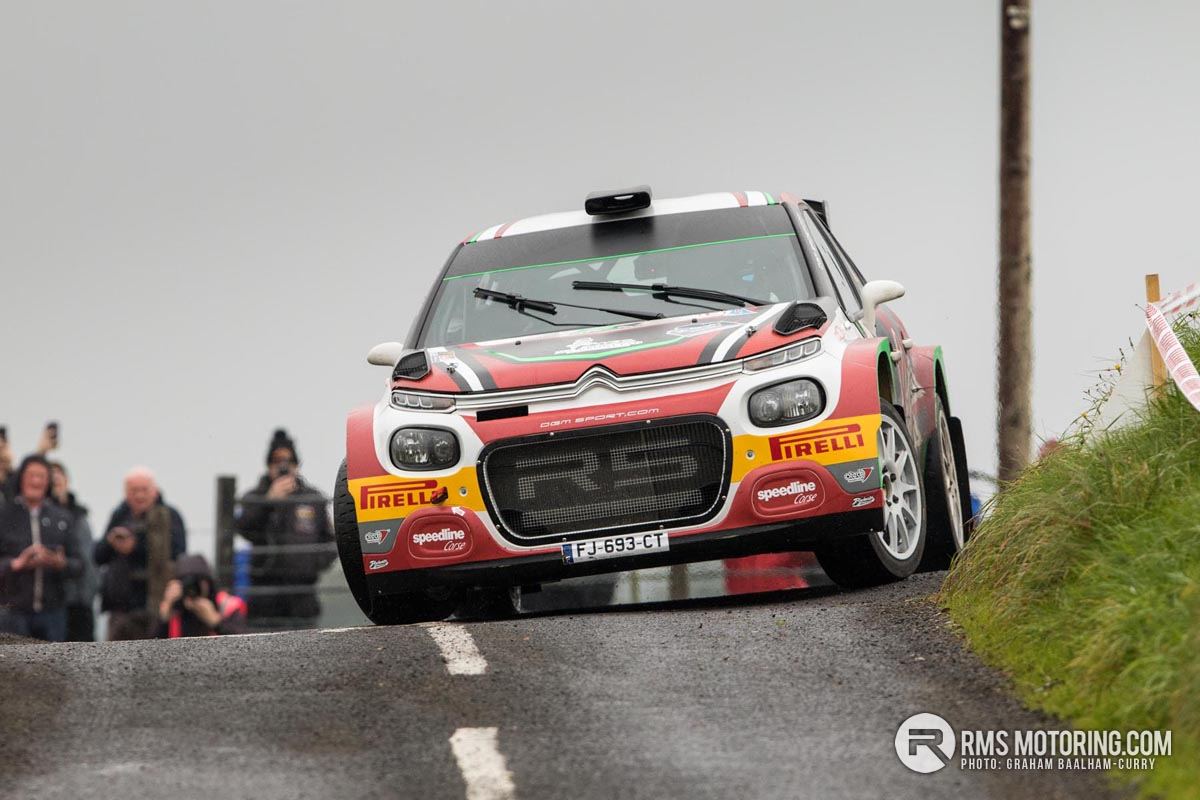 With the newly crowned 2021 McGrady Insurance N.I. Champions, Jonny Greer and Kirsty Riddick, coming home in third overall, Peadar Hurson and Damien Connolly sealed fourth in their Fiesta WRC. They lost time with a couple of overshoots but finished the day with an excellent second-fastest time over the final stage of the event.

“We kept it neat and tidy as best we could,” Hurson said, “but it was very slippy in places. We narrowly missed out on third overall.”

Garry Jennings and Rory Kennedy got off to a difficult start when they lost time with a puncture on the opening stage. They later had some driveshaft trouble as well, dropping them down the order. It left them with a small mountain to climb but they managed to recover to fifth in their Fiesta R5.

“It was a great event and it let us get more mileage under our belts in the car,” Jennings said. “We were out of the running after our puncture but we got back to fifth so I’m happy with that.”

Joseph McGonigle and Ciaran Geaney made a last gasp climb up the leaderboard on the final stage as they moved from eighth to sixth. It was their third day competing on tarmac with their Fiesta Rally2 so it was a great showing from the pair.

David Bogie and John Rowan secured the two-wheel-drive honours in their Ford Escort and finished in an excellent seventh overall ahead of outgoing N.I. Champion, Stephen Wright. Navigated by Liam Moynihan, Wright knew he had to finish strongly in a bid to secure his second title. It wasn’t to be on this occasion but he was very gracious in defeat.

“It was a good day’s sport and a huge well done to Jonny Greer on winning the N.I. Championship. He is a deserved winner. Well done also to Callum Devine for winning the rally and the organisers for putting on a great event.” 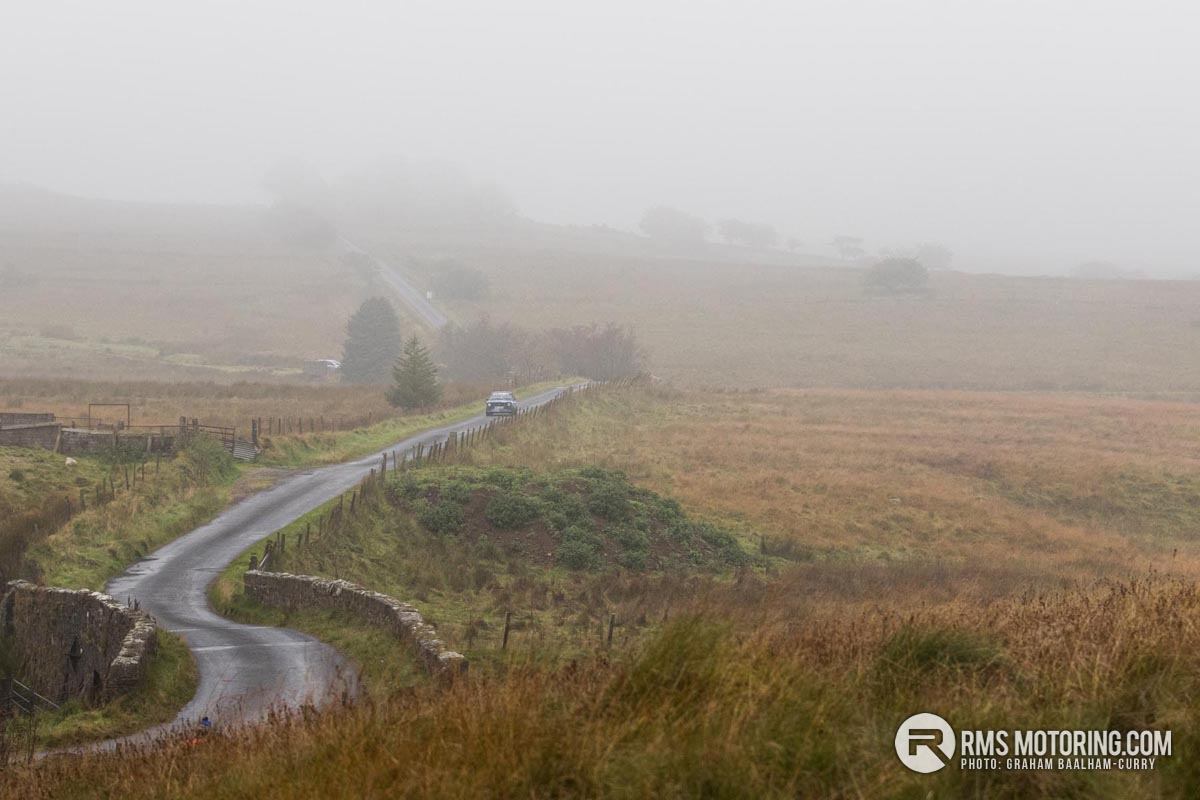 Stuart Biggerstaff and Anthony Nestor finished ninth in their Fiesta R5 after what must have been one of the stories of the rally when their service crew had to source another gearbox in record-breaking time. Biggerstaff lost fifth gear at the end of the opening stage but a phone call to McKinstry Motorsport saw the McKinstry crew remove the gearbox from a Fiesta sitting in their Banbridge workshop.

The team collected the ‘box and transported it from Banbridge to Swatragh, all before Biggerstaff arrived back into service after the third stage! Then the service crew descended on the car and swapped gearboxes before returning to the stages, allowing Biggerstaff to go on to seal a top 10 position.

Completing the top 10, Niall Henry and Dean O’Sullivan brought their Fiesta safely home despite an overshoot on the treacherously wet final stage.

Other retirements included former N.I. Champion, Derek McGarrity, who exited the event after stage two with driveshaft failure. Aaron McLaughlin retired for similar reasons after stage four, and Seamus Leonard crashed his Focus WRC out of the rally on stage two. Paul Britton (Subaru) and Simon Michael (Citroen) both retired after off-road excursions.

In the two-wheel-drive category, David Bogie and John Rowan secured the spoils on the event but it is Barry Morris who has provisionally (pending confirmation of final results) captured the McGrady Insurance N.I. 2WD Championship title.

Driving his Darrian, he and navigator Dylan Doonan finished ninth in the category but that was enough to maintain their position at the top of the standings. John Bradley is second in the championship standings ahead of Gareth Irwin and John Devlin.

Jason Black and Karl Egan sealed second 2WD (on the event) in their Starlet with Camillus Bradley and Crawford Henderson third. It was Bradley’s first rally in approximately three years.

Full results are available from www.rallyscore.net