You are at:Home»Rallying»Greer Claims Loughgall Win and Extends Championship Lead!
By Graham Baalham-Curry on October 29, 2021
Tweet

Based within the beautiful confines of County Armagh’s Loughgall Country Park, a capacity entry of 100 crews tackled six tree-lined stages. Championship leader Greer started the North Armagh Motor Club event as the number one seed in his potent Citroen C3 and was determined to make amends after his round two disappointment at Shackleton.

On that occasion, Greer looked set to win the event until a final stage puncture dropped him down the leaderboard, handing victory to Desi and Mark Henry. And it was Henry who started Loughgall as he finished the previous event – at the top of the timesheets.

The Portglenone driver powered through the opening stage 2.4 seconds faster than reigning champion Stephen Wright and Liam Moynihan, while Greer was a cautious third. However, the tables turned on stage two when Henry lost time with fuel pump troubles.

Greer capitalised on Henry’s woes and powered to the top of the leaderboard, moving in front of both Henry and Stephen Wright. Then, when stage three started, Henry was nowhere to be seen as his mechanics were busy beavering away on his Hyundai, trying to replace the broken pump. 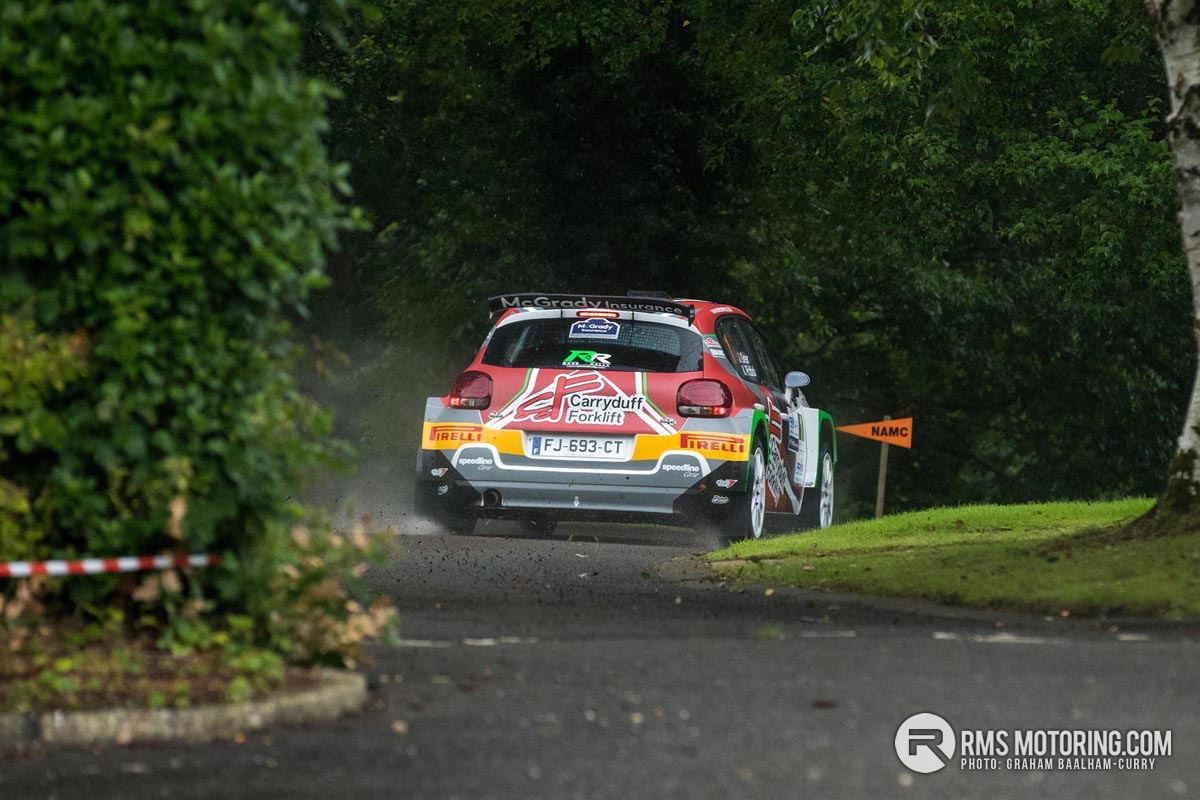 It looked as though the struggling Hyundai pilot was either out of the rally or, if the car was fixed in time, would potentially incur some ‘late arrival’ penalties. But in a twist of fate, stage three was subsequently cancelled as a result of an issue outside of the organising motor club’s control.

A handful of crews had already completed the stage while those competitors who didn’t complete the stage – including Henry – were awarded a notional stage time. According to motorsport rules, this was the time set by the last competitor who successfully completed the cancelled test. That left Henry some 14 seconds adrift of the leaders with little chance of clawing back that time.

Then, in another twist of fate, organisers opted to scrap everyone’s stage three times. Suddenly, the battle between Greer and Henry was back on and by the end of stage five, it appeared as though one-tenth of a second separated the two drivers.

However, after consultation of the motorsport rulebook, organisers opted to reinstate those stage three times before the start of the final stage. That meant rally leader Greer had an advantage of more than nine seconds over Stephen Wright, with Desi Henry in third.

All Greer needed to do was to keep his Citroen neat and tidy through the final miles to claim victory and bolster his N.I. Championship lead. But that was easier said than done. The heavens opened before the test and organisers were forced to postpone the start on safety grounds.

Eventually, crews were allowed to tackle the rain-soaked stage with Greer taking a measured approach to secure the Loughgall spoils!

“The final stage was really difficult,” Greer said. “We were nearly caught out on some standing water. We just had to wait for the car to straighten itself.”

Desi and Mark Henry pulled out all the stops over stage six to reclaim second position from Stephen Wright. In the end, they finished 6.4 seconds behind the rally winners and were left rueing their earlier mechanical troubles. 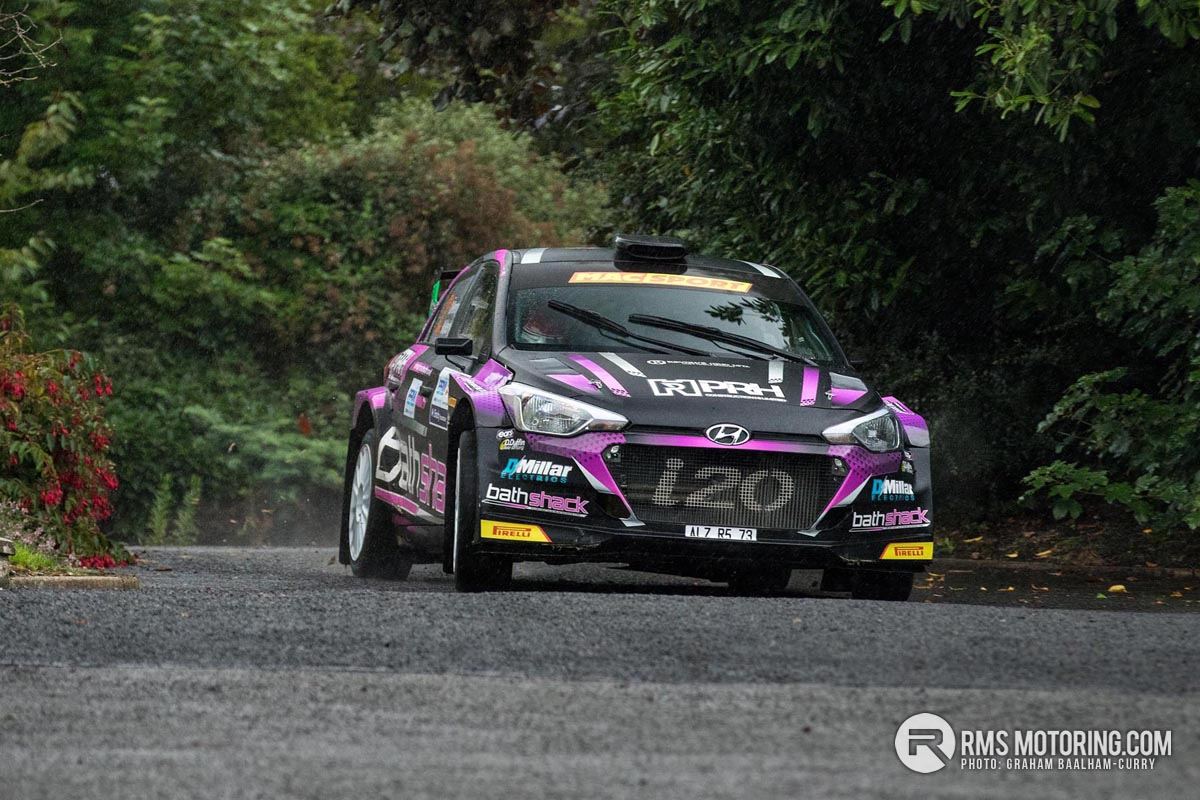 “I think it’s safe to say we lost the rally on a technicality,” Henry said. “I think we were the fastest here today but it is what it is.”

In third position, Stephen Wright and Liam Moynihan lost time with a couple of minor mistakes throughout the day that may have cost them second position.

“I made a mistake at a square-left on the final stage and the car had a bit of a tank slapper,” Wright revealed. “That was probably the difference between second and third.”

Aidan Wray and Kieran McGrath claimed fourth overall in their Fiesta R5. It was Wray’s first visit to Loughgall and only his second event in the car. A half-spin cost them some time earlier in the day but it made little difference to the result.

In fifth overall, an excellent drive by Damian Toner and Denver Rafferty in their two-wheel-drive Ford Escort MkII saw them net the 2WD category victory. Toner is a five-times consecutive winner of the Loughgall Rally but this was the first time the event hosted a round of the N.I. Championship, which is dominated by powerful 4WD crews.

Toner failed to let the added competition faze him as made his intentions clear from the outset. The Escort pilot led the 2WD category from start to finish and was never outside the top five overall.

It is unusual for a 2WD crew to place so high, especially in the damp conditions experienced at Loughgall. Had it been dry, who knows where he might have finished!

Barry Morris and Dylan Doonan were equally impressive as they secured second in the 2WD class as well as sixth overall in their lightweight Darrian T90. Morris had been embroiled in a battle with Jason Black and Karl Egan until the Starlet crew lost time with multiple punctures. Black even managed to set some fastest 2WD times but was forced to settle for third 2WD and eighth overall.

Sandwiched between the Darrian and the Starlet in seventh were Derek McGarrity and Paddy Robinson. The Fiesta WRC crew were unable to find a rally-winning pace but still picked up some vital championship points. 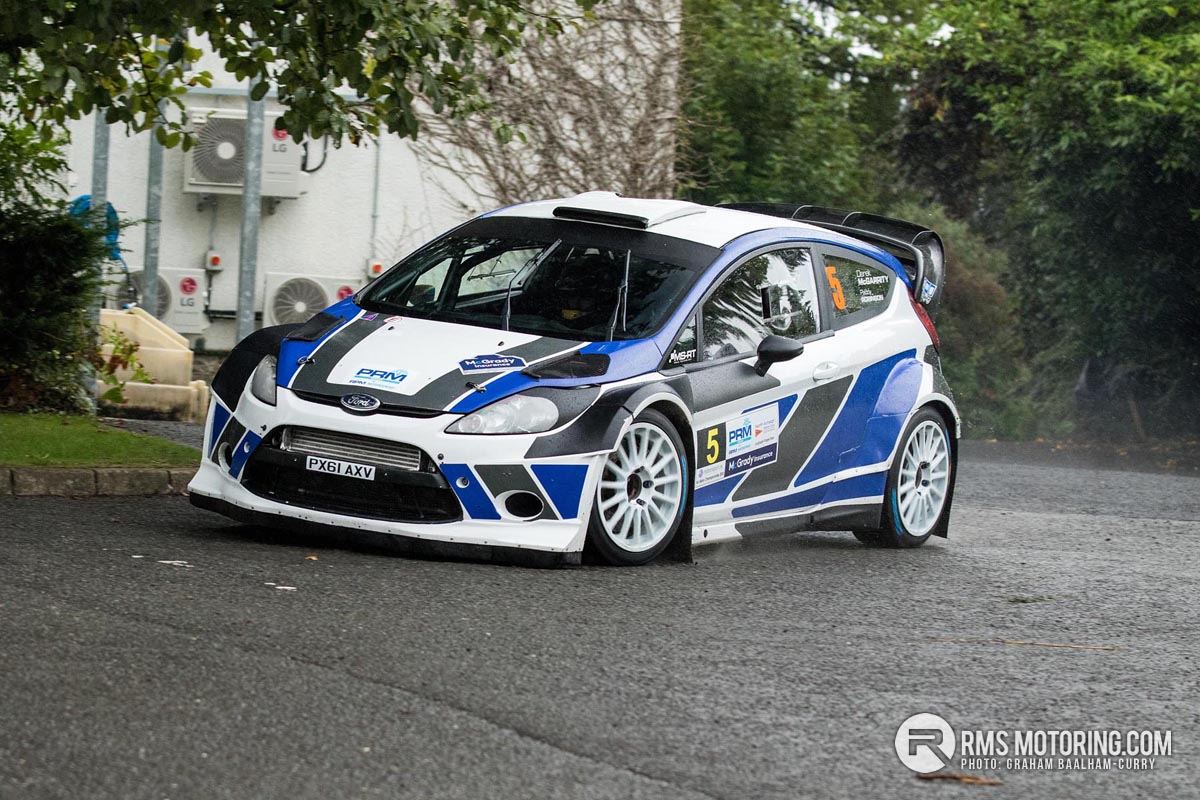 Peadar Hurson and Damien Connolly recovered from an early spin to finish ninth with their Fiesta WRC, while John Bradley and Ryan Crozier completed the top 10 in their Escort MkII.

Outside the top 10, Aaron McLaughlin and Darren Curran were left rueing a jump-start on stage three. They incurred a one-minute penalty which ultimately dropped them out of a potential fifth-placed finish to 13th overall.

Peter Bennett and Joe Comerford retired their Skoda Fabia S2000 after clipping a tree with a rear-wheel on stage one. Nicky Caughey and Graeme Stewart retired their Evo with mechanical trouble after stage three while Arnie Lutton and Safron Thomas, who made her return to navigating for the first time in more than 10 years, were forced out with driveshaft trouble on stage four.

Competitors can now enjoy a two-month break before they are back in action at October’s Tour of the Sperrins Rally. The penultimate round of the N.I. Championship is due to take place on 16 October. Visit nirallychampionship.com for more information.

Full results are available from www.rallyscore.net.