Based at the Shackleton Complex in Ballykelly, near Limavady, the Henrys trailed long-time rally leaders Jonny Greer and Kirsty Riddick by over 10 seconds when they entered the final stage. Having set fastest times on the five previous stages, it looked as though Championship leader Greer was on course for victory until his hopes were dashed by a pothole early on the sixth and final stage.

Greer’s potent Citroen C3 hit the pothole with such force that it punctured a front tyre, leaving the Carryduff man struggling for virtually the whole stage. As he understeered around the track, he was caught and passed by a couple of crews and the resultant time loss of over one minute dropped him to fourth overall.

“It happened near the start of the stage,” a despondent Greer explained. “There was a big hole and we punctured straight away.”

Desi Henry wasn’t without his own dramas during the day. In fact, he was lucky to be in the rally after an altercation with a bale during the fourth stage. The damage punctured a hole in his Hyundai’s radiator and he finished the test with steam billowing from his engine bay.

Luckily, his service crew was able to fix the problem in time for the fifth stage and he looked set to claim second overall until Greer hit trouble on that fateful final test. Instead, it was Henry who arrived home in first position and as winner of the Dogleap Rally!

In second place, Aaron McLaughlin and Darren Curran entered the final test determined to hold on to third overall. So when they discovered they had finished second, it came as a complete surprise for the former event winners. They survived a spin on stage four and were overjoyed to take the runner-up spot.

Third-placed Stephen Wright and Liam Moynihan were another crew that were lucky to reach the finish. A difficult start to the day saw the reigning champion have a high-speed slide into one of the trackside hay bales on the opening stage. Luckily, the resultant damage was only superficial but the incident left them languishing in eighth position.

“It was a big spin in third or fourth gear,” Wright said. “It will look good on video if anyone has caught it!”

However, in true champion style, Wright set about climbing his way back up the order. He positioned his Fiesta perfectly for the rest of the day to eventually claim a podium position as well as a healthy armful of Championship points.

Fourth-placed Jonny Greer and Kirsty Riddick entered the event as the Championship leaders following their victory at the opening round of the series. They quickly made their intentions clear with fastest times from the outset. They led the event from the opening stage but lady luck was not on their side with that final stage puncture thwarting their dreams of success.

Coming home in fifth, Jason Mitchell and Peter Ward finished just over one second behind Greer. It was a case of ‘what might have been’ for the crew as they were also slowed by a puncture during the final stage. A deflated rear tyre slowed their progress but somehow they still managed to set third fastest time.

Completing the top six, Derek and Mark McGeehan had made a last gasp effort to overhaul Derek McGarrity and Paddy Robinson. The McGeehans thought their chances were over when they caught a car on the stage but they didn’t know that McGarrity had caught two cars – including Greer’s struggling Citroen.

In the end, it was the McGeehans who claimed the position, with McGarrity forced to settle for seventh after a day of struggling with a badly misfiring Fiesta WRC.

“I think we must have lost around 10 to 15 seconds per stage today,” McGarrity said. “The car was fine on the last stage but then we caught a couple of cars. Just one of those days.” 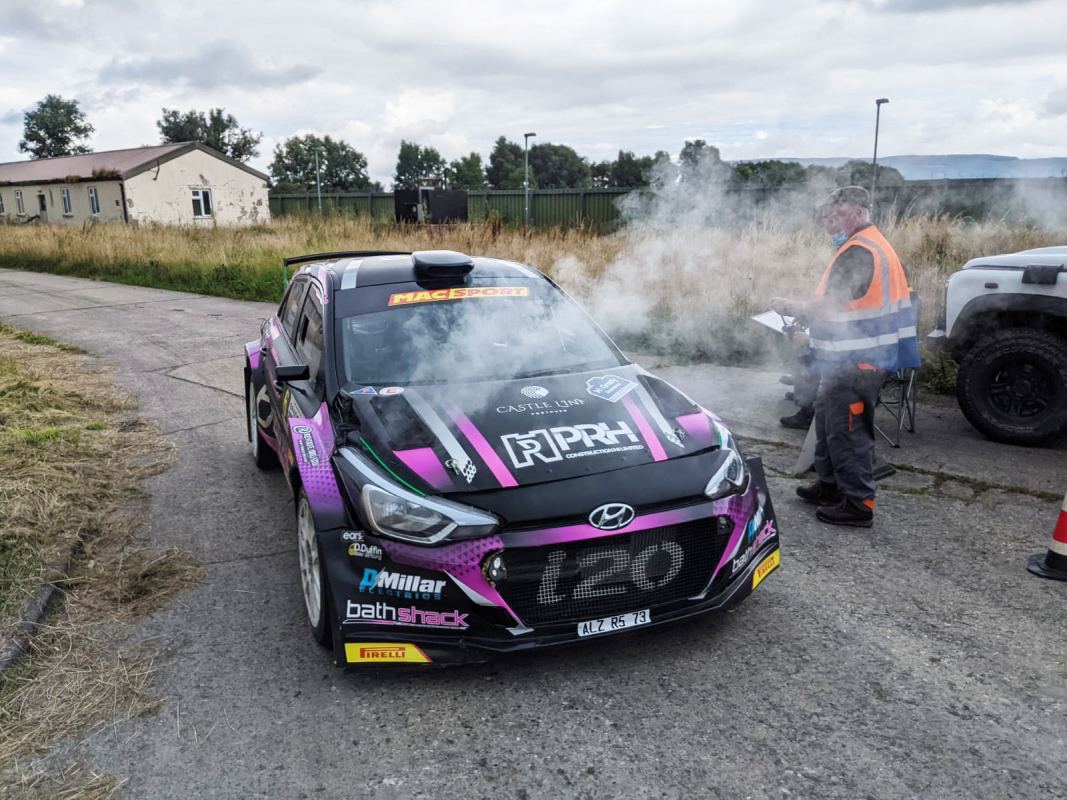 The eventual rally winners, Desi and Mark Henry, were lucky to survive an incident on stage four that punctured a hole in heir radiator.

Two-Wheel-Drive
In eighth overall and first among the two-wheel-drive field, Barry Morris and Dylan Doonan absolutely dominated the two-wheel-drive category with their Darrian T90. Their eventual winning margin was 1m35.5s over the chasing Escort belonging to John Bradley and Crawford Henderson. However, Bradley’s Escort was no match for the lightweight Darrian that Morris piloted perfectly on every stage.

Instead, Bradley had to keep a close eye on the chasing John and David Bonner, who were also in an Escort. And it was a really close call at the finish with just half a second separating the two rivals!

James and Heather Kennedy were next in line and claimed fourth in the two-wheel-drive category from Gareth Irwin and Justin McCauley, who nipped in front of Andrew Gillespie and Joe McNulty by two-tenths of a second at the last gasp.

Other Dramas
Monaghan’s Josh Moffett and Andy Hayes had been running as high as third overall in their Fiesta WRC until their car lapsed onto three cylinders, forcing them out of the event. Peter Bennett and Simon Jones had been just outside the top 10 until their Skoda Fabia S2000 punctured a front wheel on stage five.

Damian Toner (Escort MkII) was forced out on the opening stage with a broken halfshaft and Marty Toner dropped down the order when he went off the road for around one minute on stage five in his BMW. Niall Henry retired his Fiesta with clutch trouble and Sean Devine (Fiesta) had an eventful day with a couple of spins and an intercom that stopped working.

Next Event
Round three of the McGrady Insurance Motorsport UK N.I. Rally Championship takes place in two weeks’ time. The PRM Group & RPM Motor Sports backed Loughgall Stages Rally will be based in the beautiful confines of County Armagh’s Loughgall Country Park on 21 August, and for the first time this year, spectators will be welcome!

More information is available from nirallychampionship.com.

Full results are available from rallyscore.net. 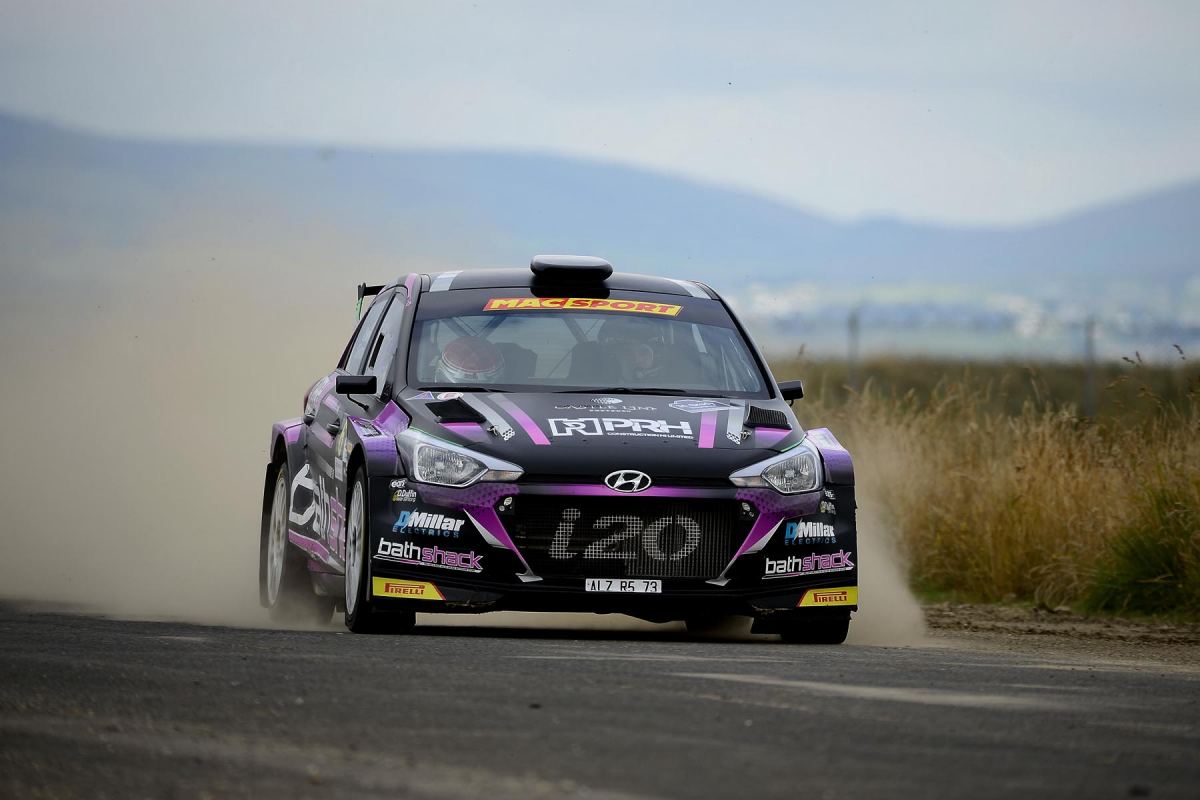 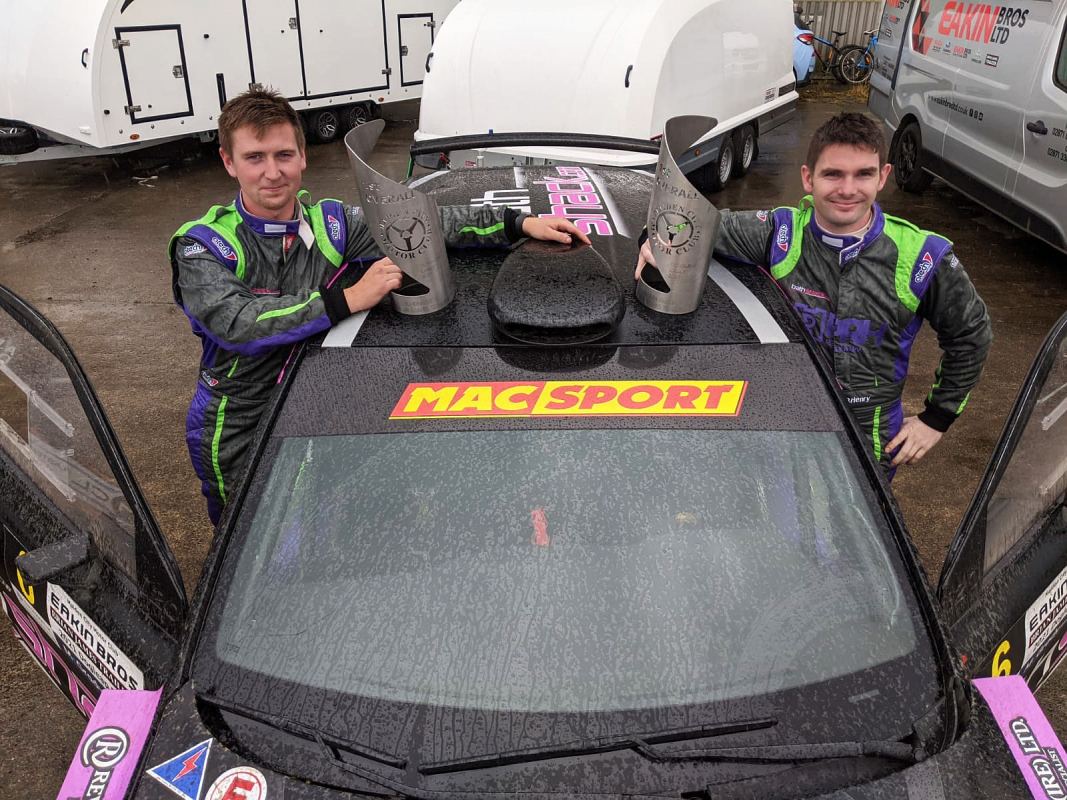 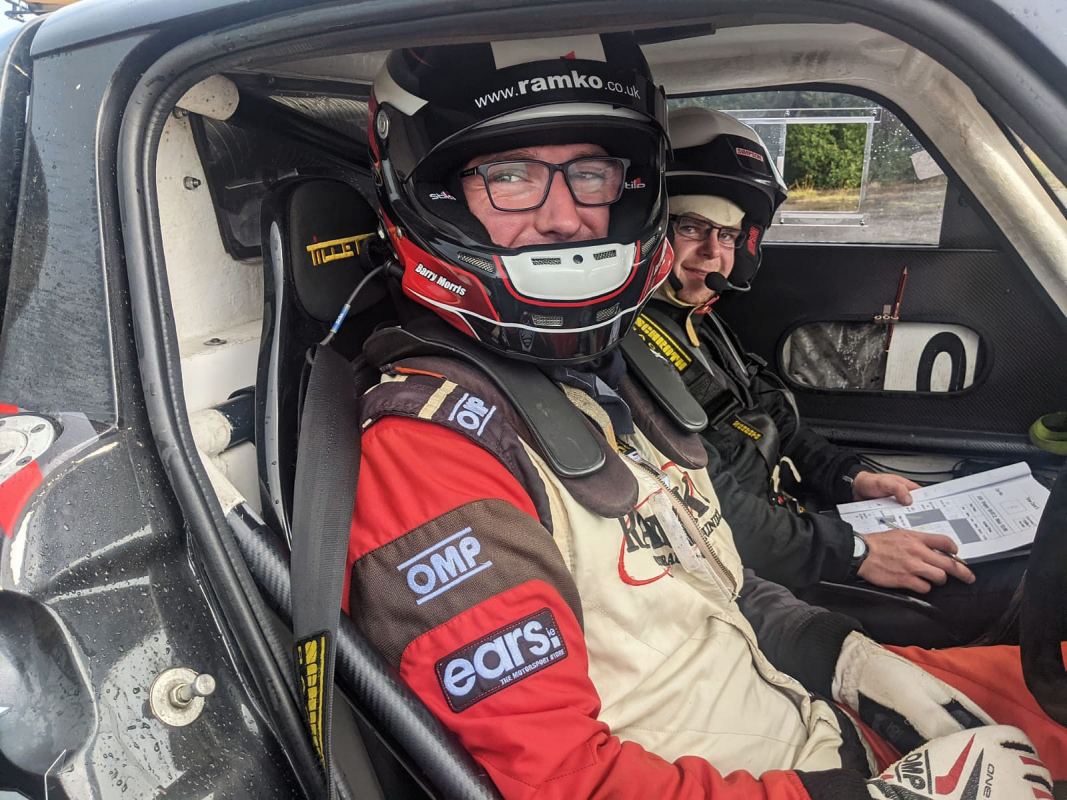