The Ford Fiesta is one of the country’s most popular small hatchbacks and this latest model transforms it to suit those with a more versatile lifestyle.  With its SUV styling, the ‘Fiesta Active Edition’ as it is known in this crossover guise, faces a firm fight against the likes of the C3 Aircross from Citroen and the i20 Active from Hyundai.

Available only with five doors, the Active Edition seems to be as versatile as it’s anticipated owners, and comes in ‘Active’ or ‘Active X’ trim, with prices starting from £19,730.

At a glance, it is quite clear as to what the Fiesta Active Edition is about.

With its off-road styling, thanks to the hard-wearing wheel-arch extensions combined with front, rear and side lower spoilers featuring satin silver inserts, along with its taller ride height over a standard Fiesta. Some 18mm higher, to be precise, with a wider track of 10mm, too. 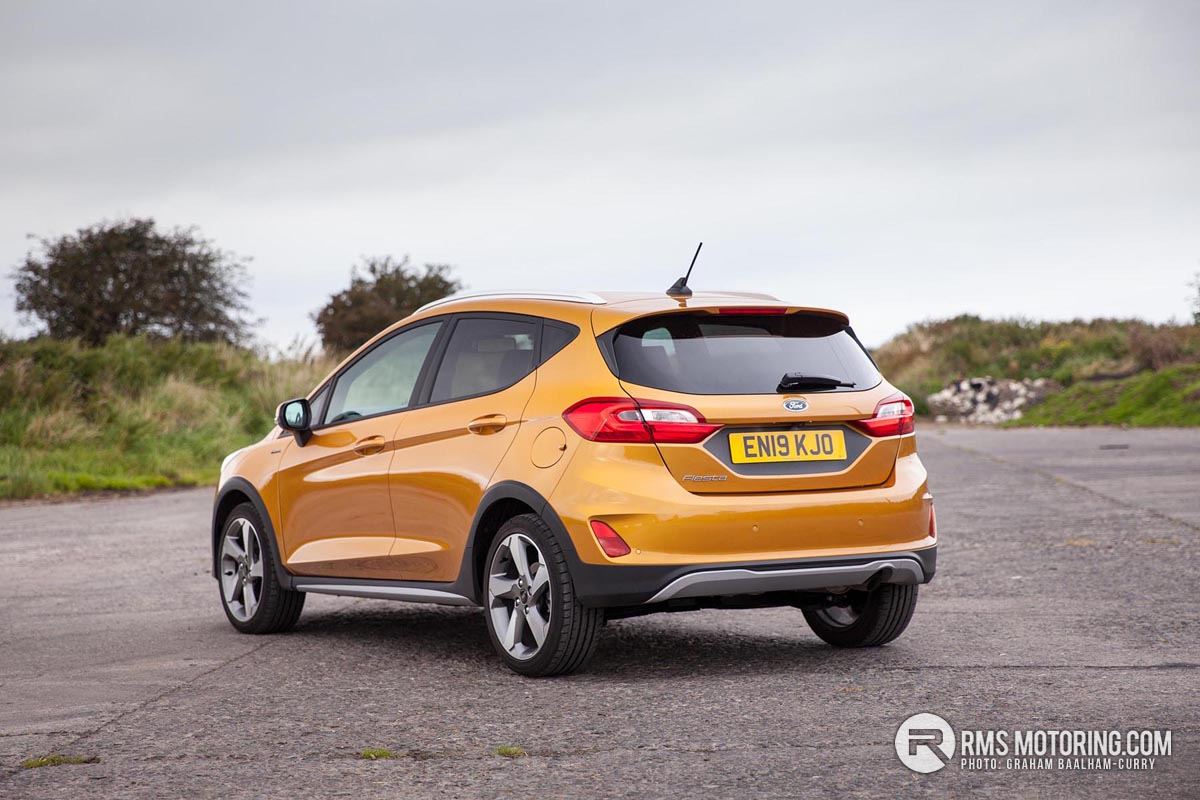 It is a model that stands out from the rest of the range, as well as some rivals. But off-road it won’t really go however, due to the fact that an all-wheel-drive system is not available.

As such, this quirky looking Fiesta comes as front-wheel-drive only and will most likely spend the vast majority of its life on nothing more gruelling than a gravel lane, or a beach.

It’s the sort of car whose styling would suit a couple of kayaks, or downhill mountain bikes, attached to a roof mount.

I’ll be the first to admit that I prefer the look of the Active Edition over the standard Fiesta. The ‘Luxe Yellow’ paintwork on this model tested allowing you to further stand out from the crowd.

With its well established underpinnings, it’s no surprise that the Fiesta Active drives incredibly well. As you would expect, a little more body-roll is apparent on this model over a normal Fiesta, but far from enough to write home about. 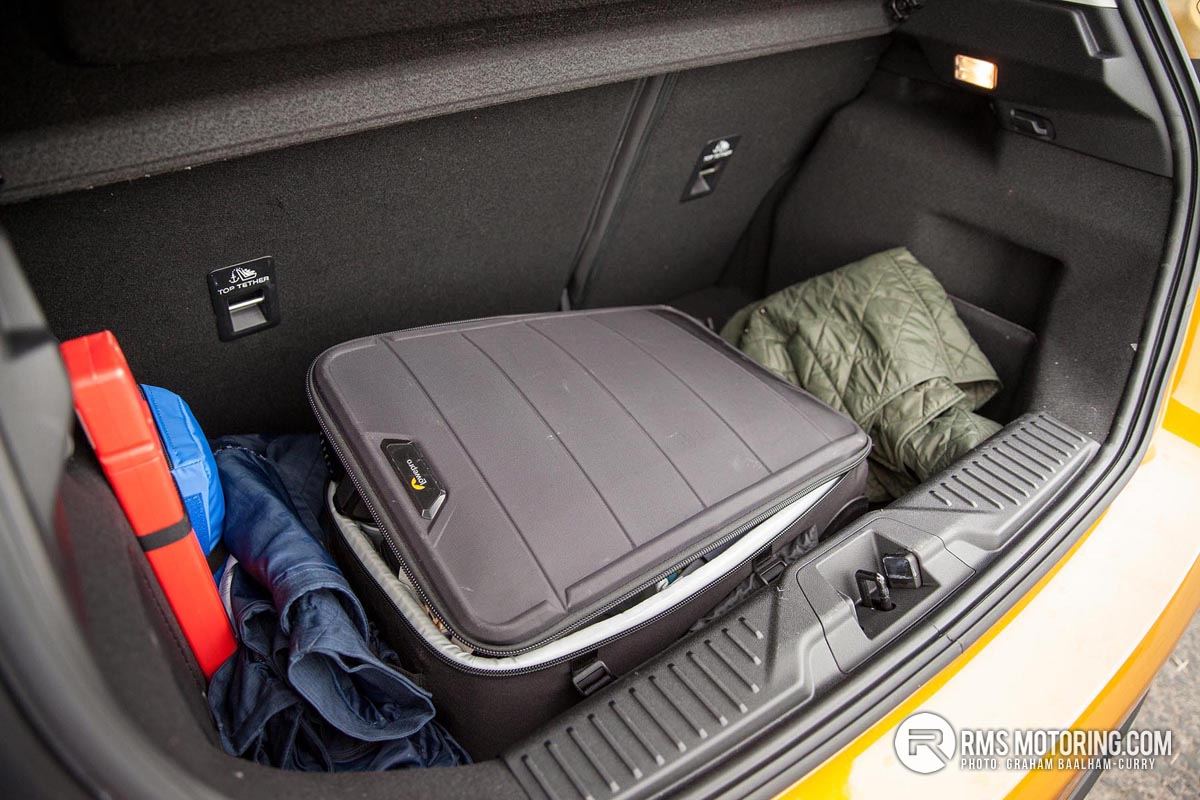 The Fiesta Active comes with a choice of two engines. One petrol, the other, a diesel.

Its diesel engine, a 1.5-litre TDCi, is mated to a 6-speed manual gearbox and, producing just 85ps, it’s never going to excite, but with an economy close to 65mpg, you can’t really complain.

It’s petrol engine, a 1.0-litre EcoBoost, comes with the choice of four power outputs starting with 95ps which, paired to a six-speed manual ‘box, will see a return of 52.3mpg. A 100ps version comes only with an automatic transmission and returns 41.5mpg.

It is the latter I was entrusted with for a week, and priced, with its options at £22,890 the model I will tell you a little bit about.

As you would expect for a car that costs over £20,000 it comes very well equipped. 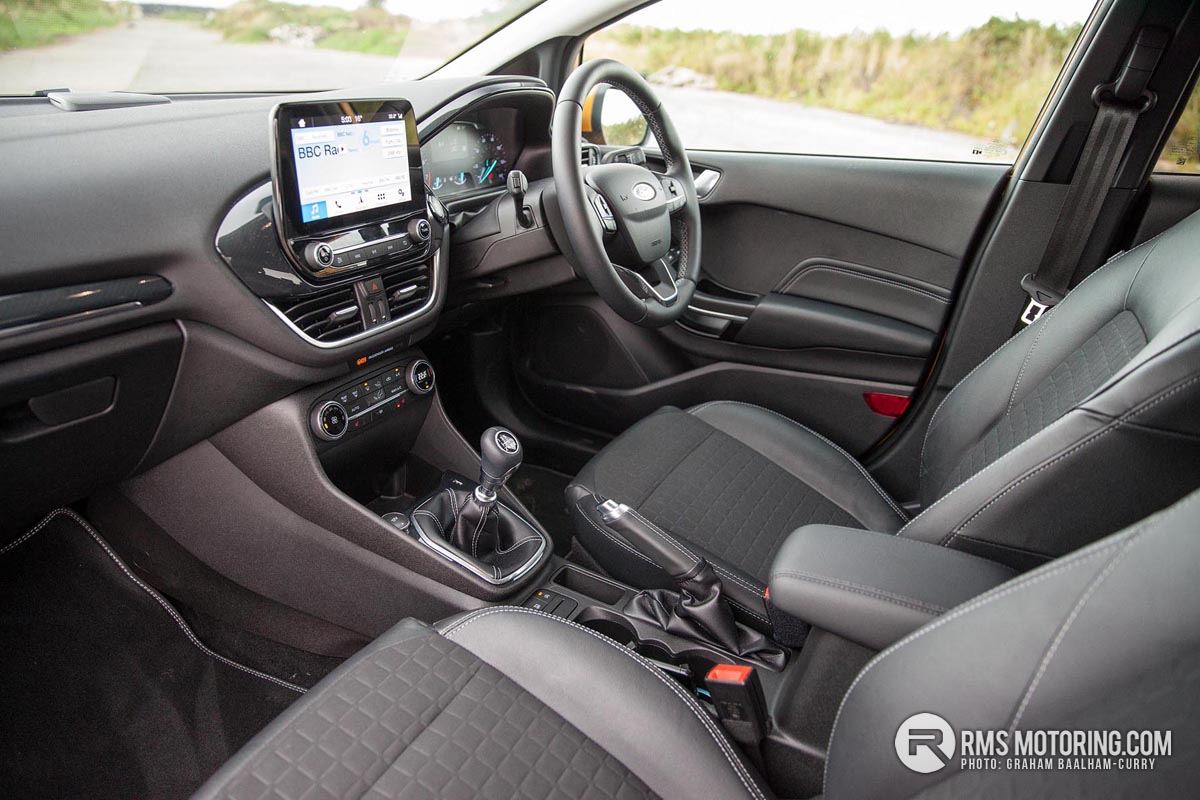 Ford SYNC 3, with its 8-inch touchscreen, is the hub of infotainment on the Fiesta Active X. Featuring DAB radio, emergency assistance, Apple CarPlay and Android Auto, two USB sockets, seven speakers and FordPass connect, it’s sure to fit the needs of most users.

Rain sensing wipers and an auto-dimming rear-view mirror feature alongside an electronic stability programme with hill start assist, cruise control, and selectable drive modes which include Eco, Normal and Slippery.

The 140ps EcoBoost engine is far from sluggish, with a 0-62mph dash achievable in just 9.2 seconds, with a top speed of 121mph. Despite having just three-cylinders, it produces a suitable amount of torque and providing a sometimes smile educing driving experience. 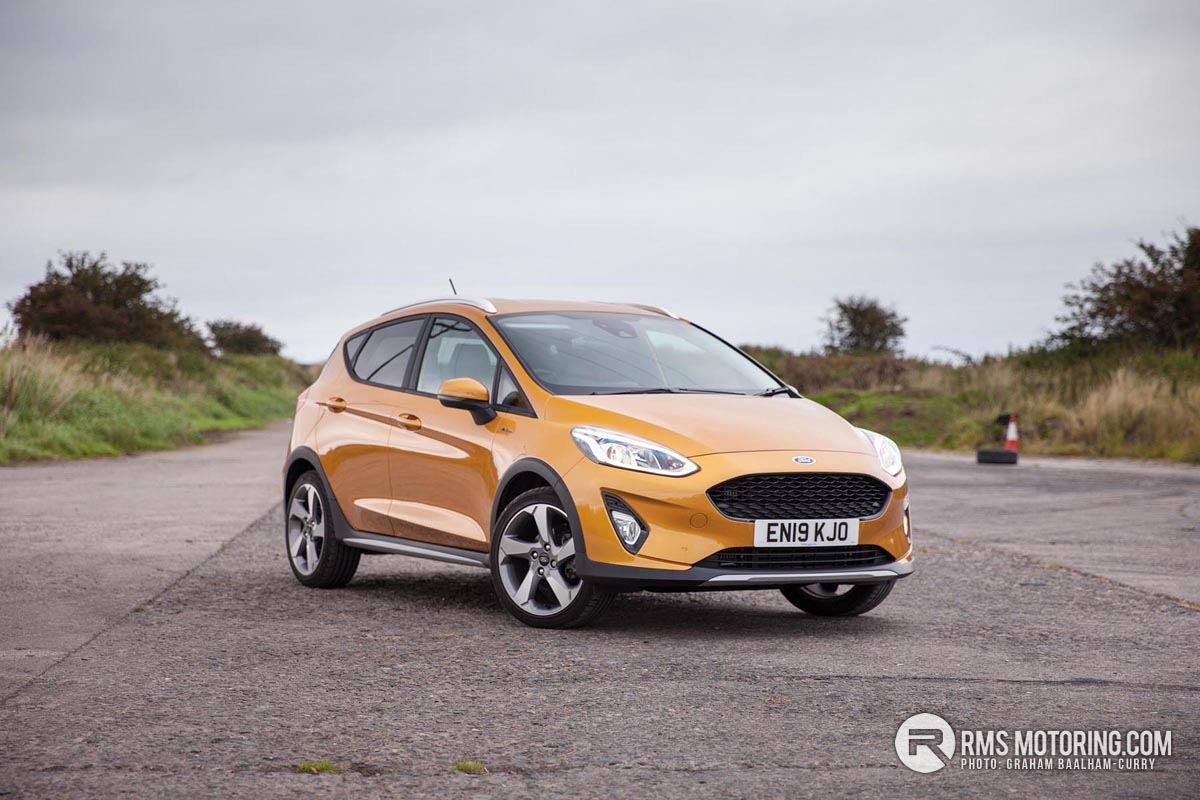 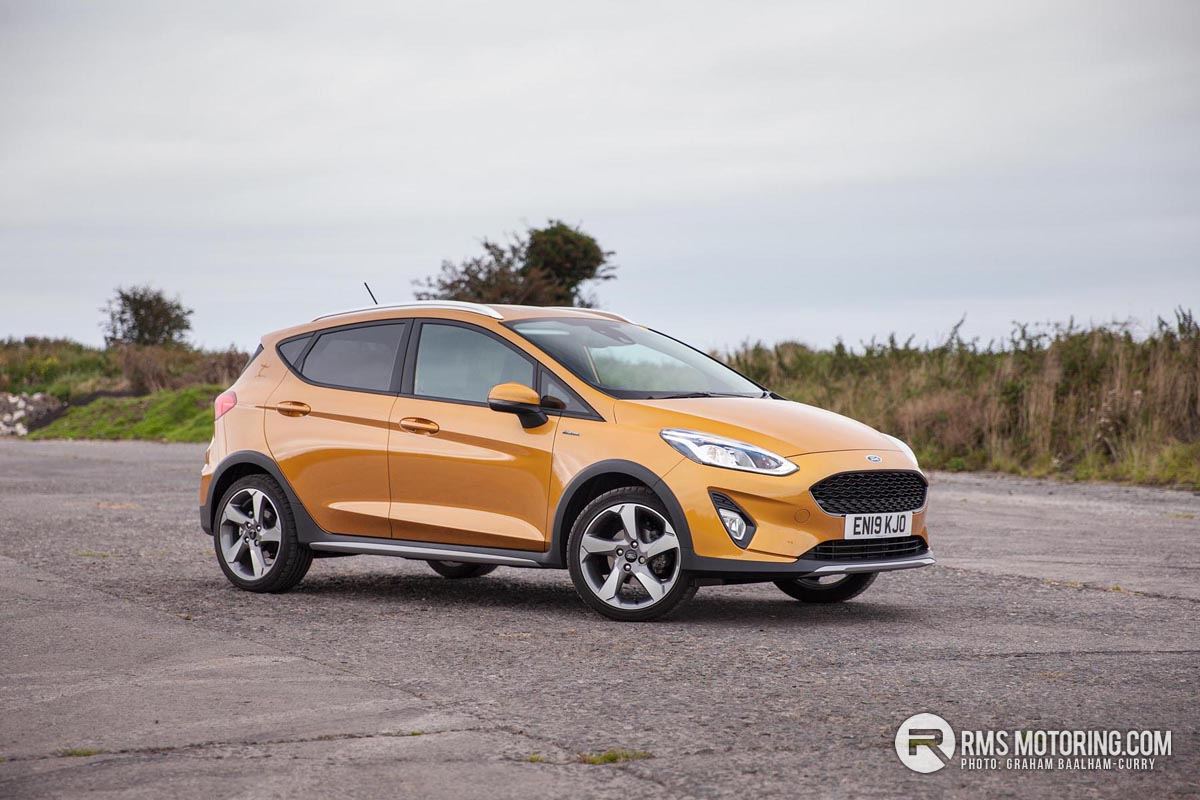 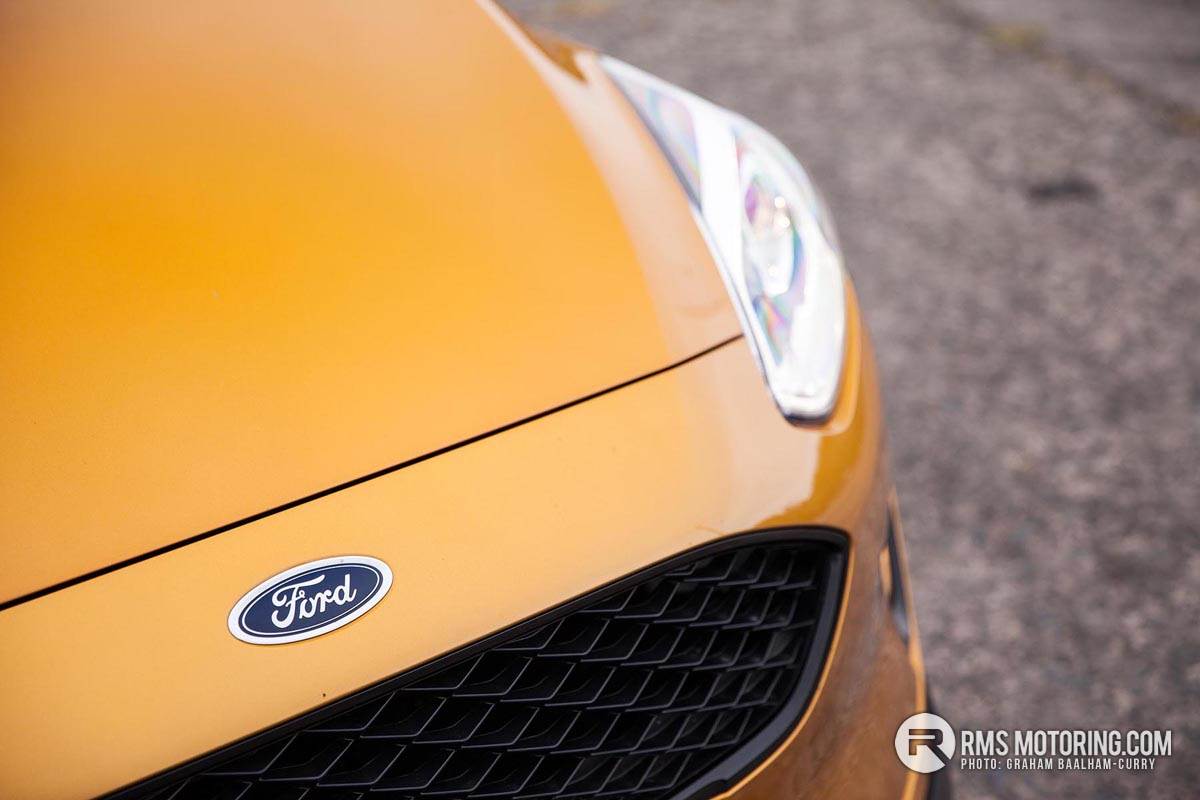 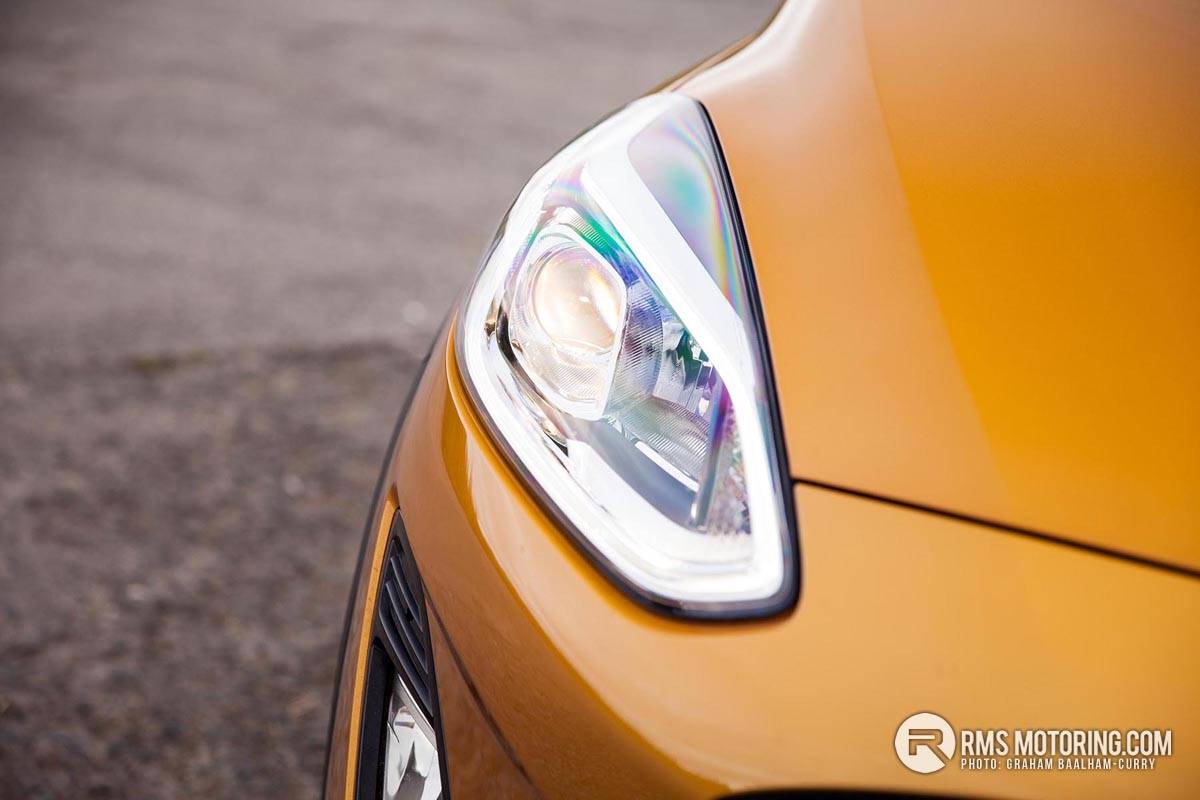 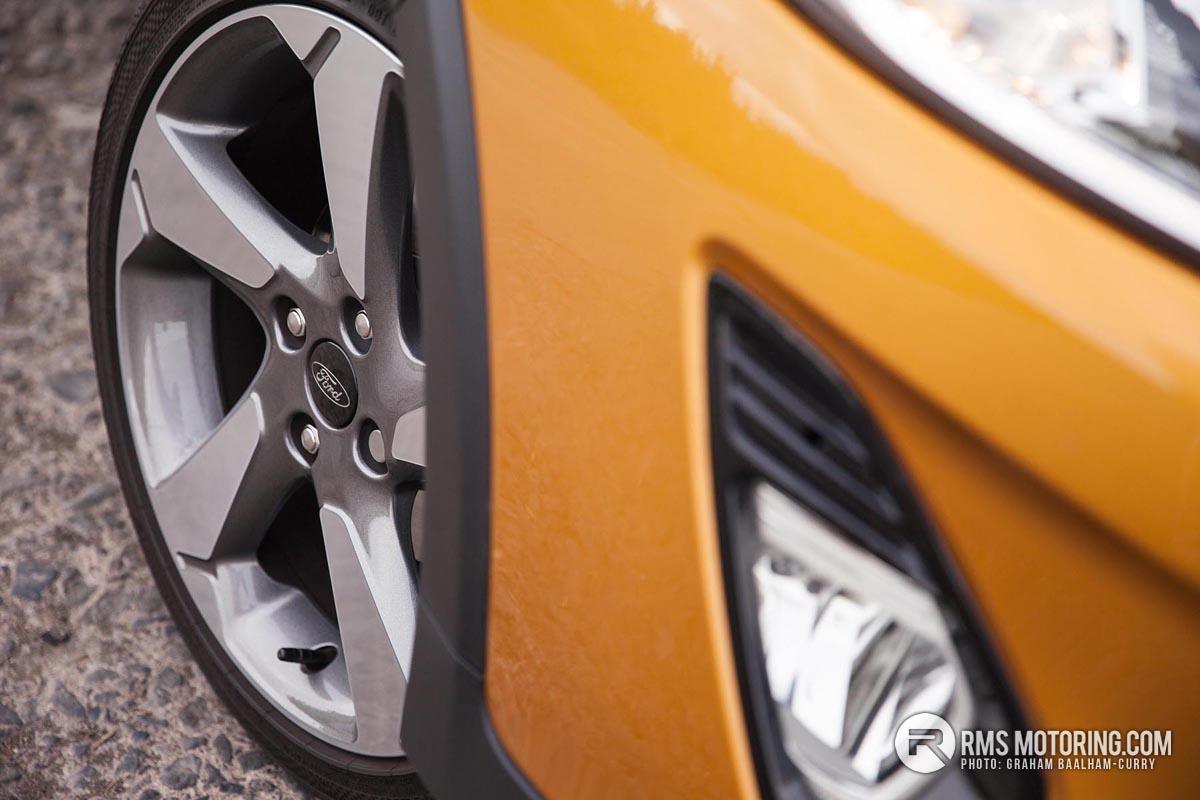 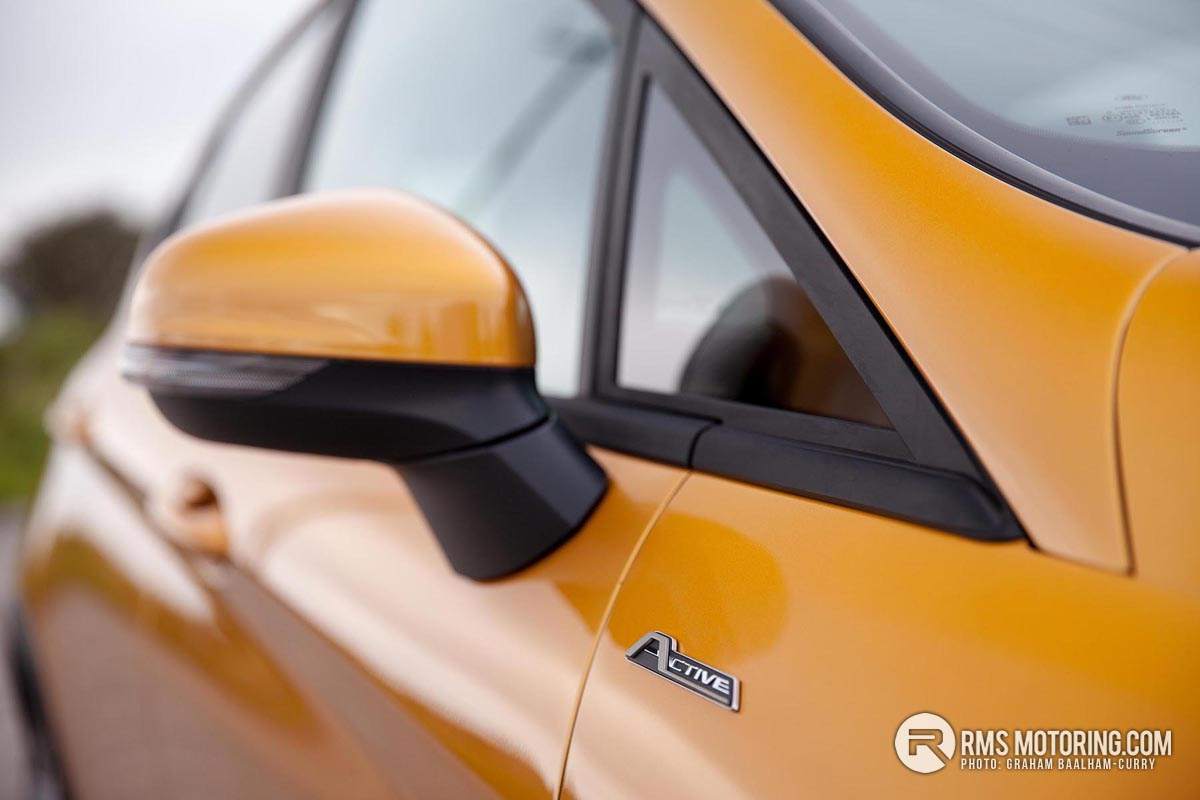 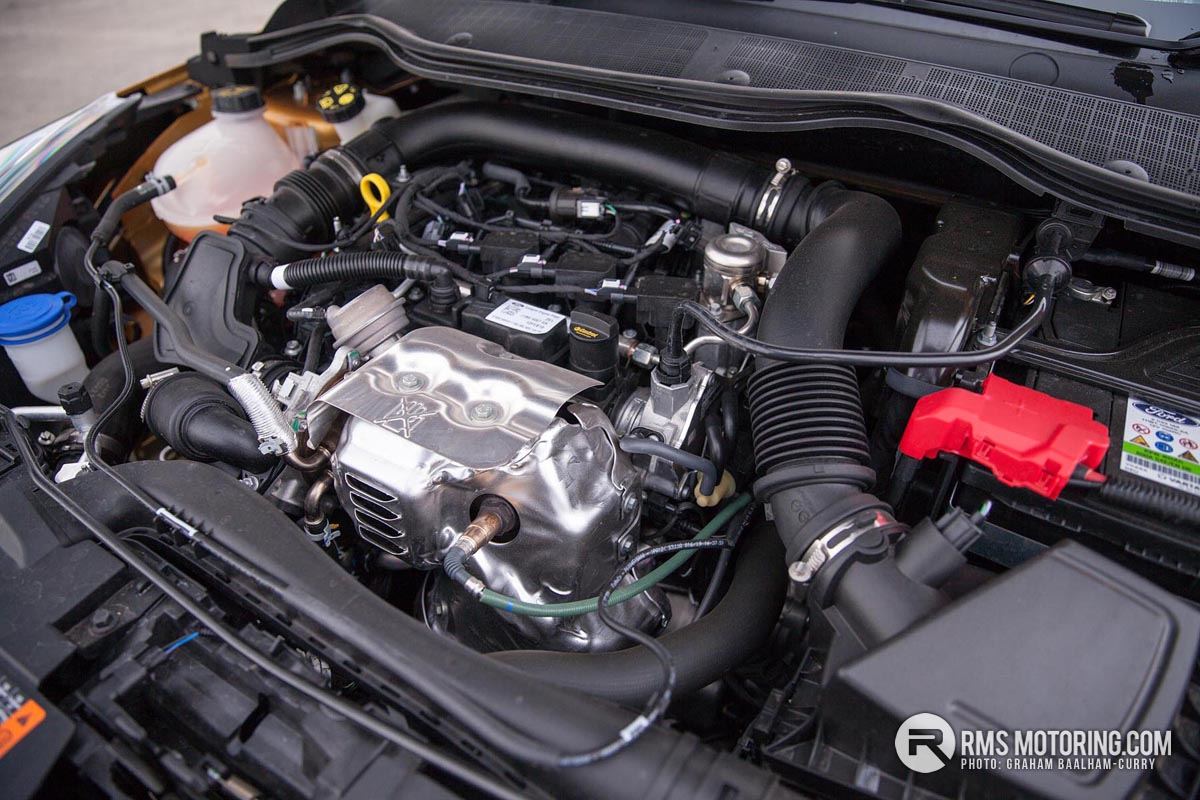 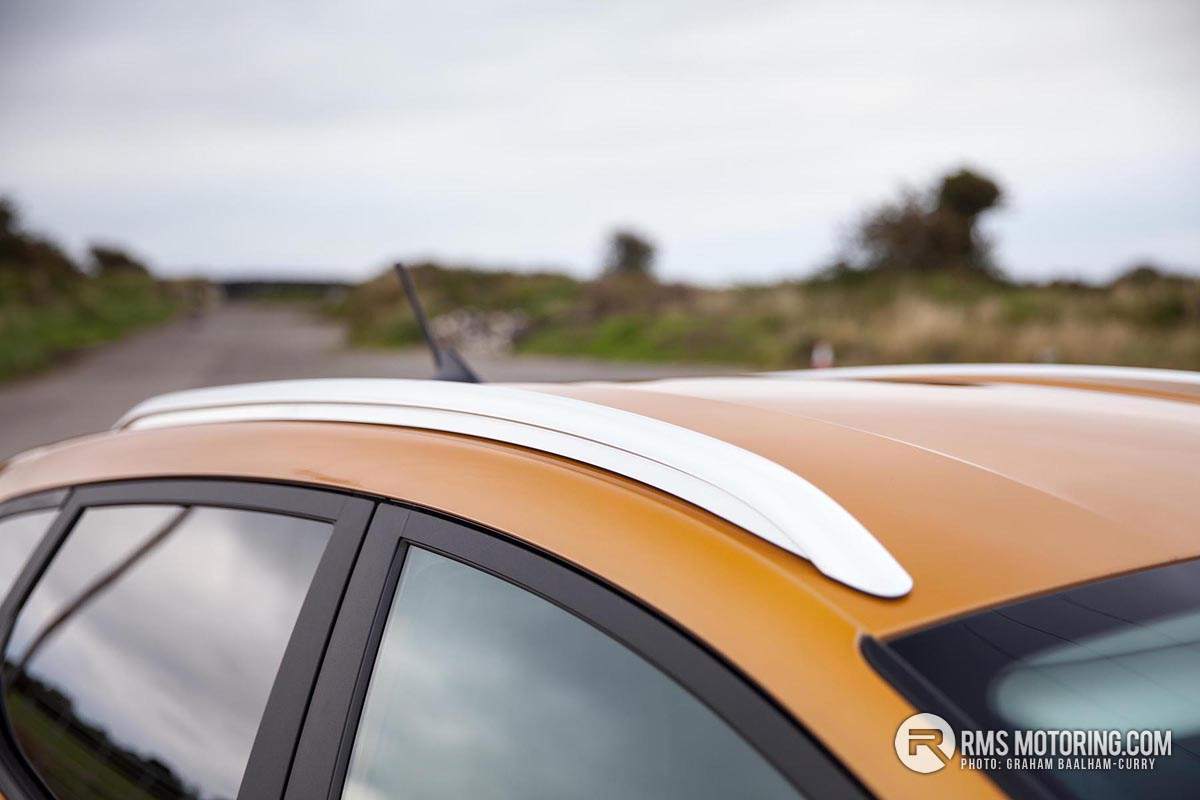 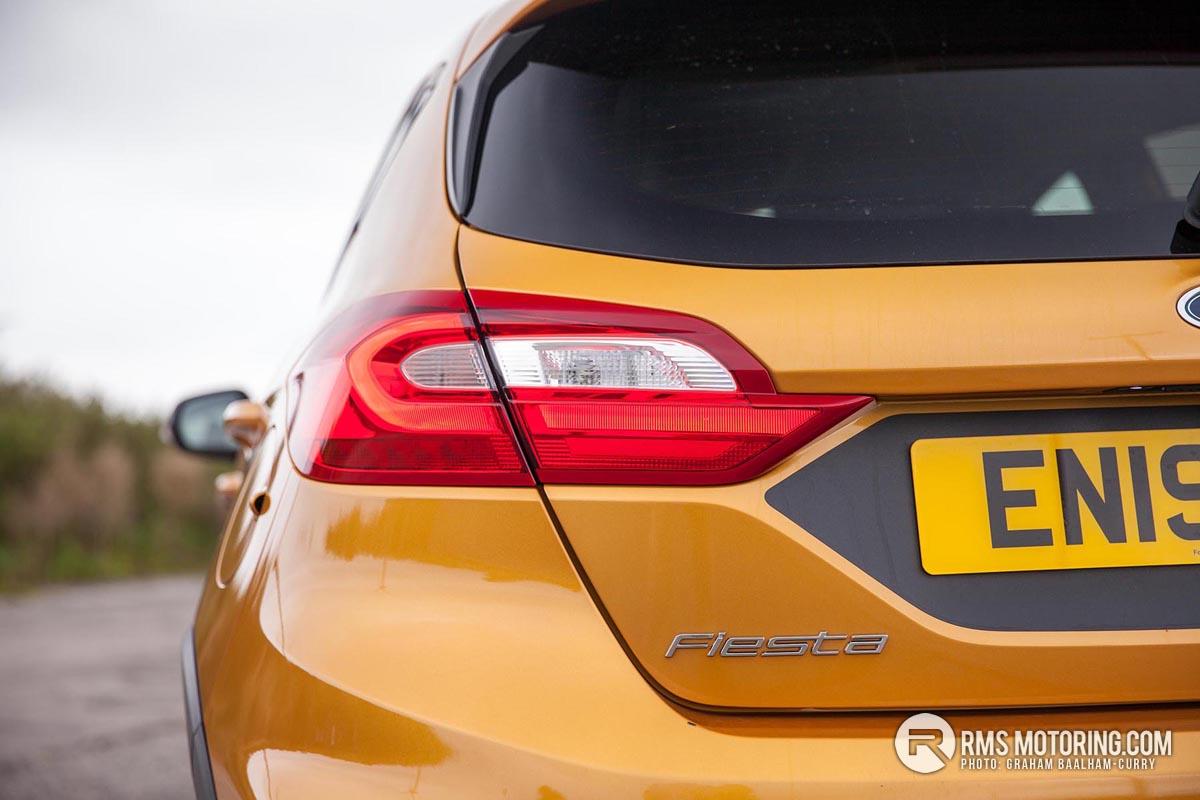 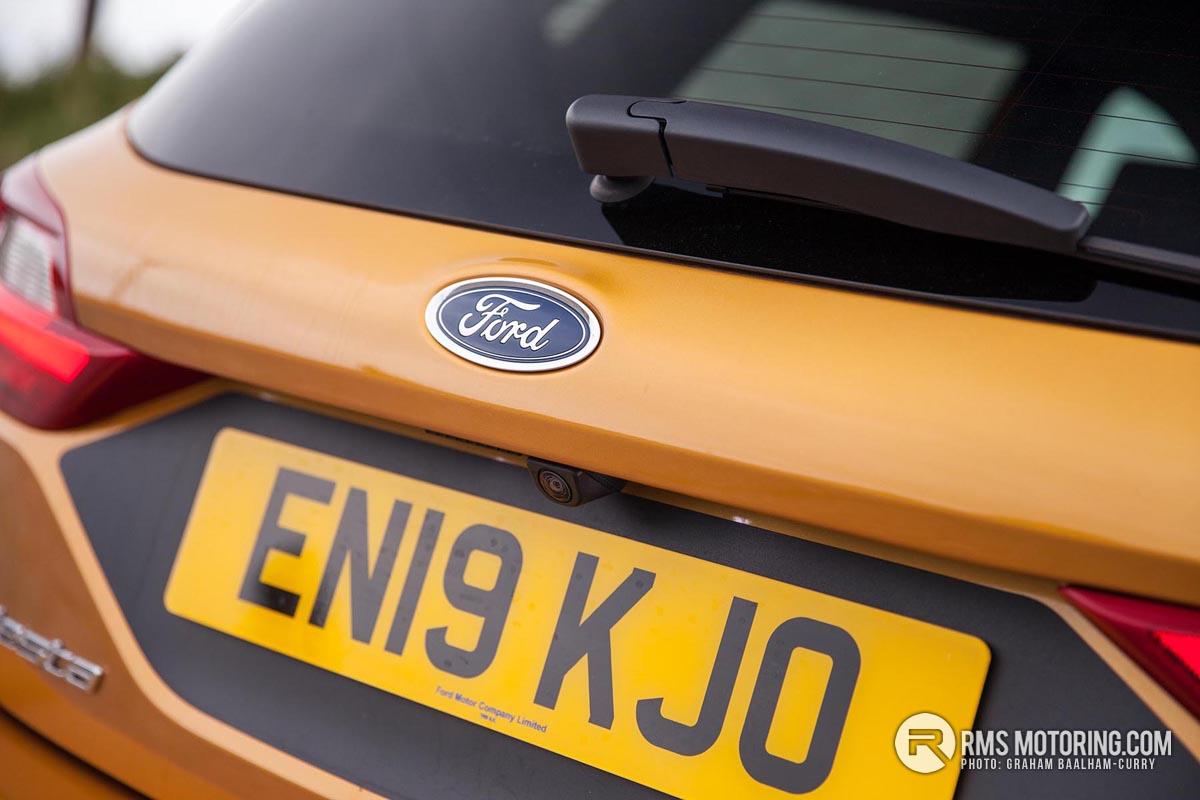 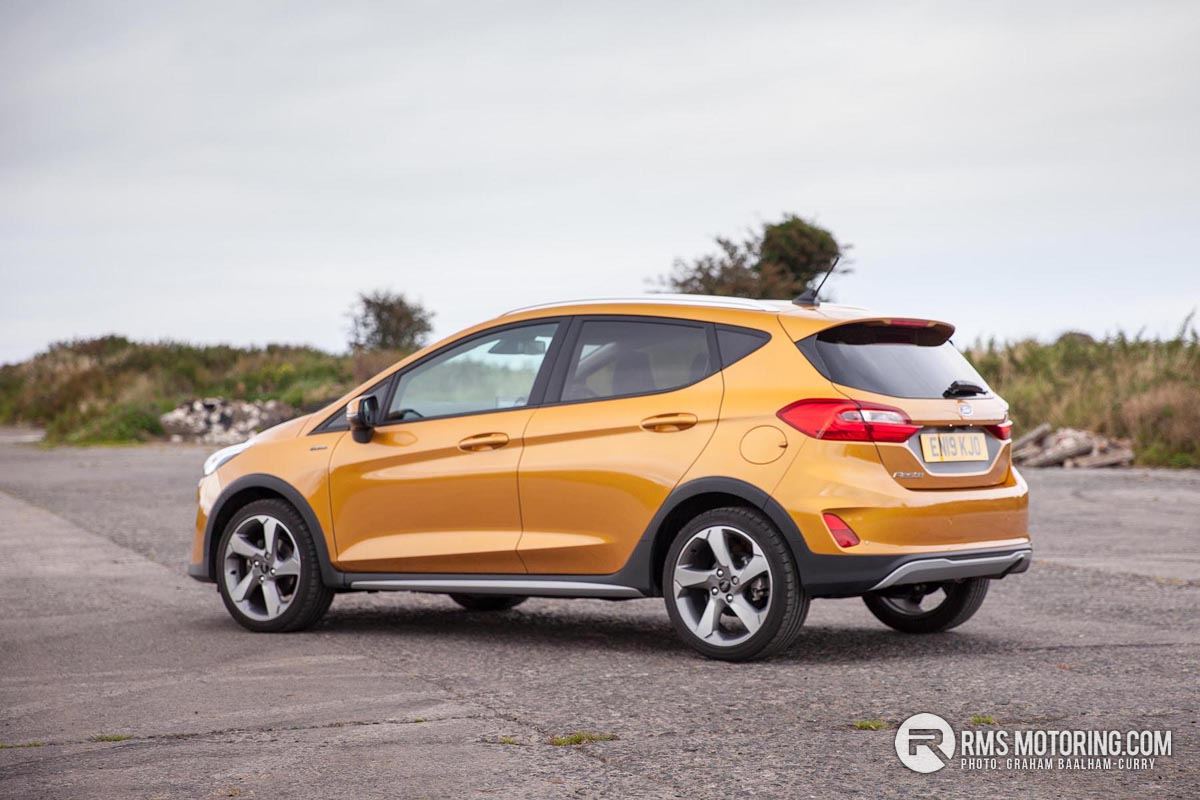 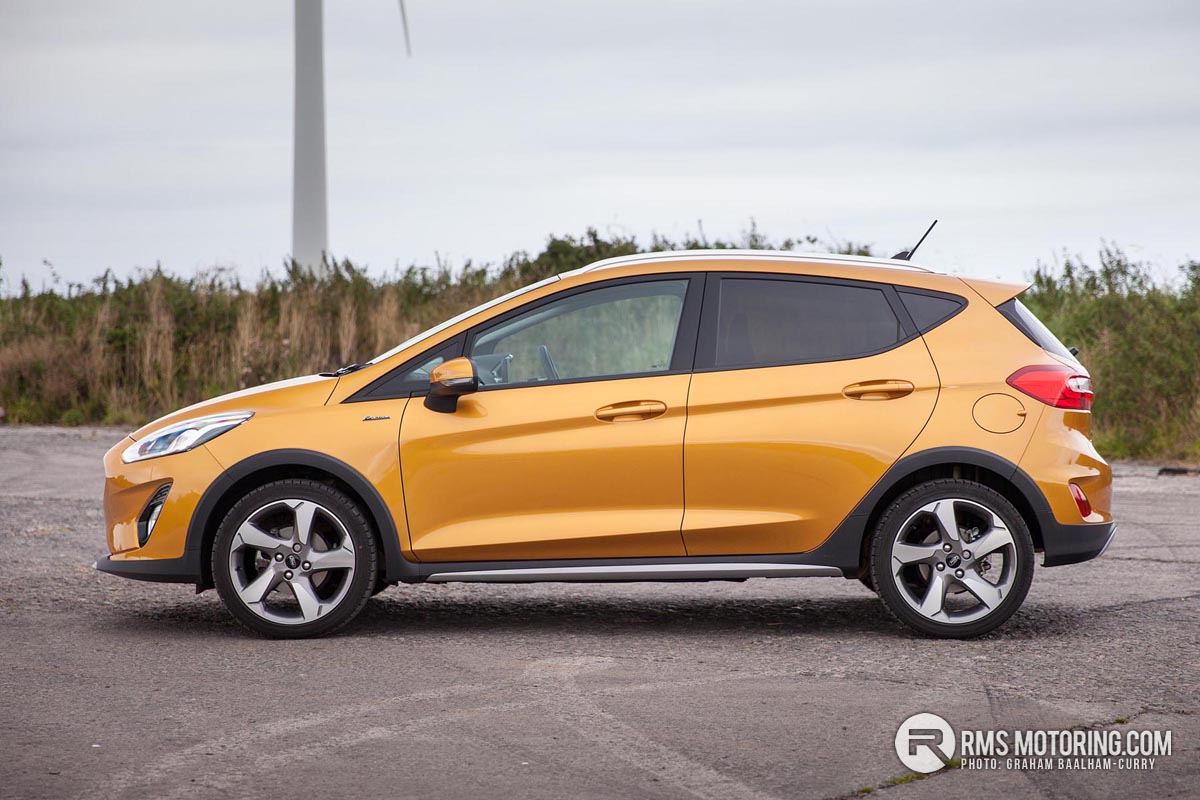 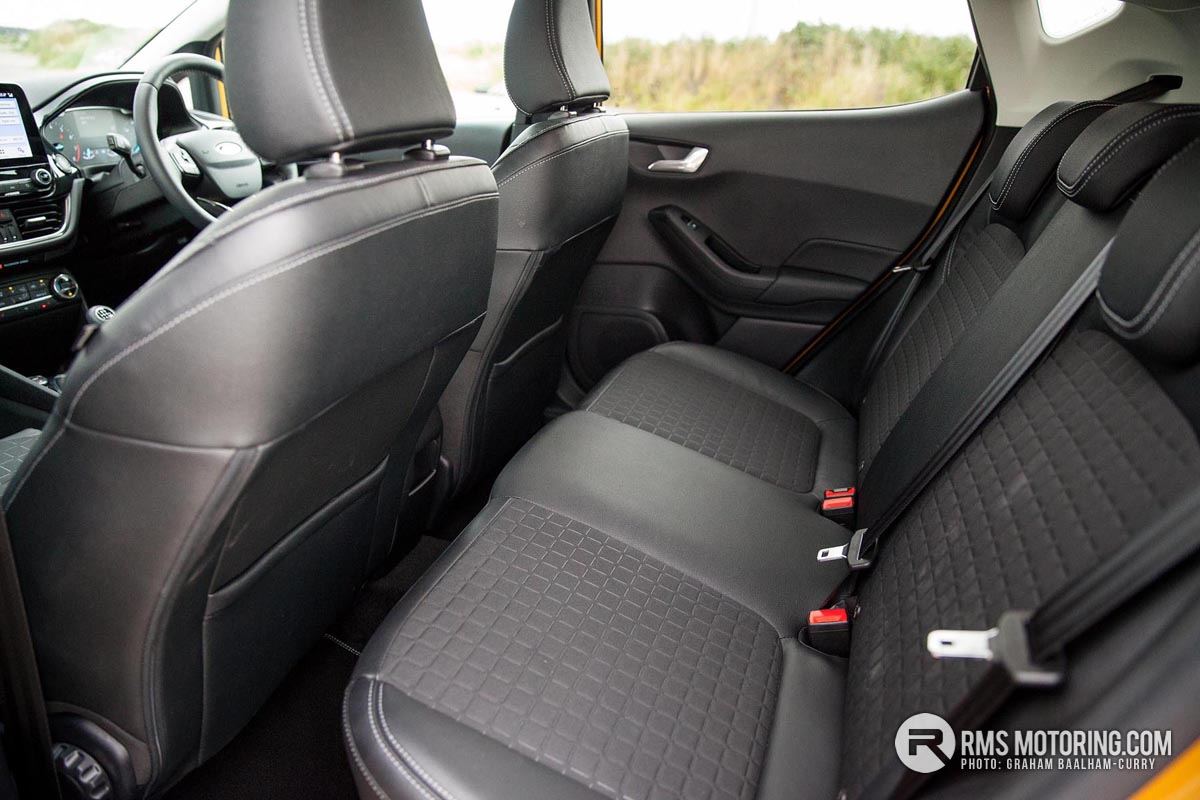 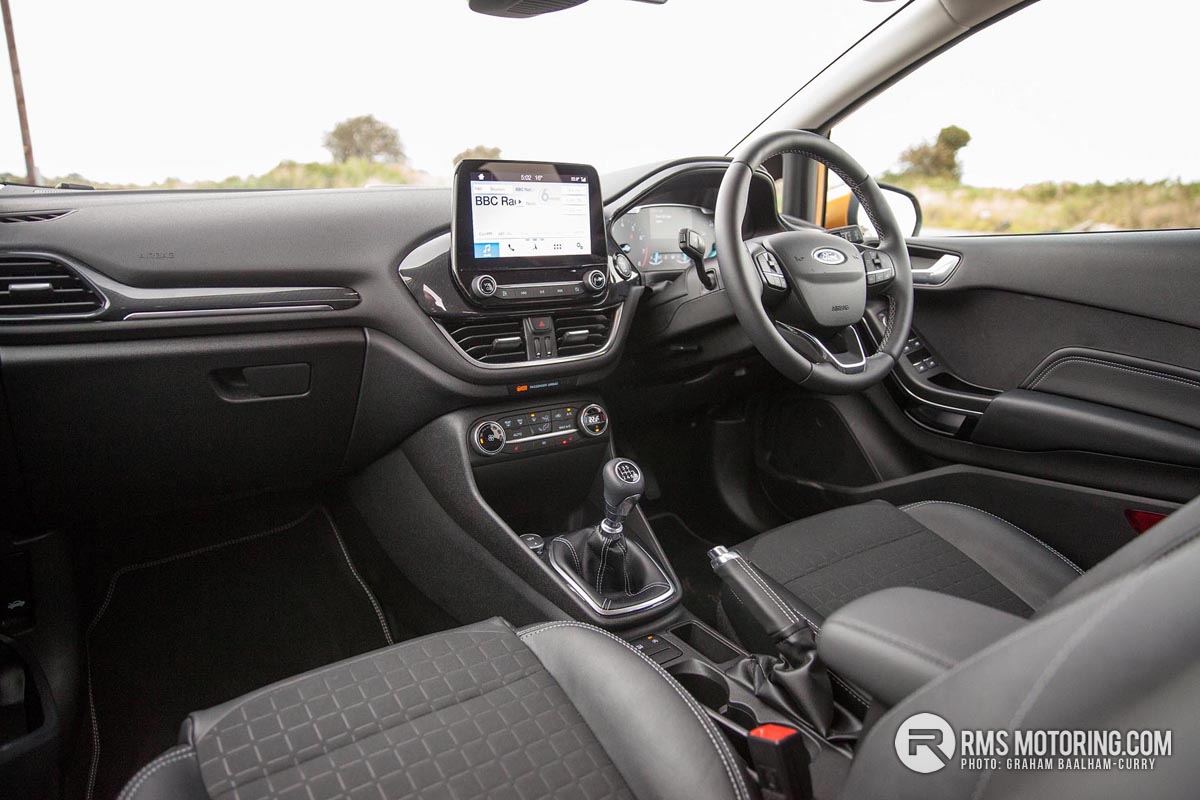 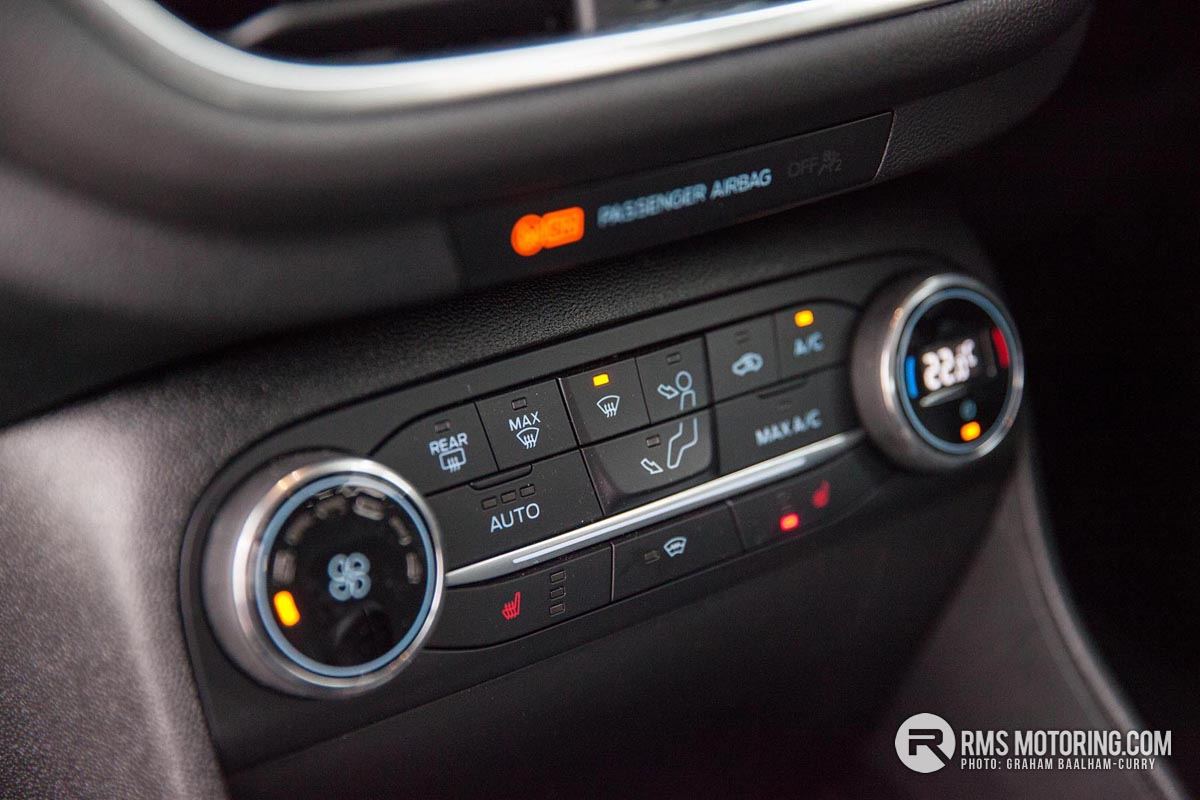 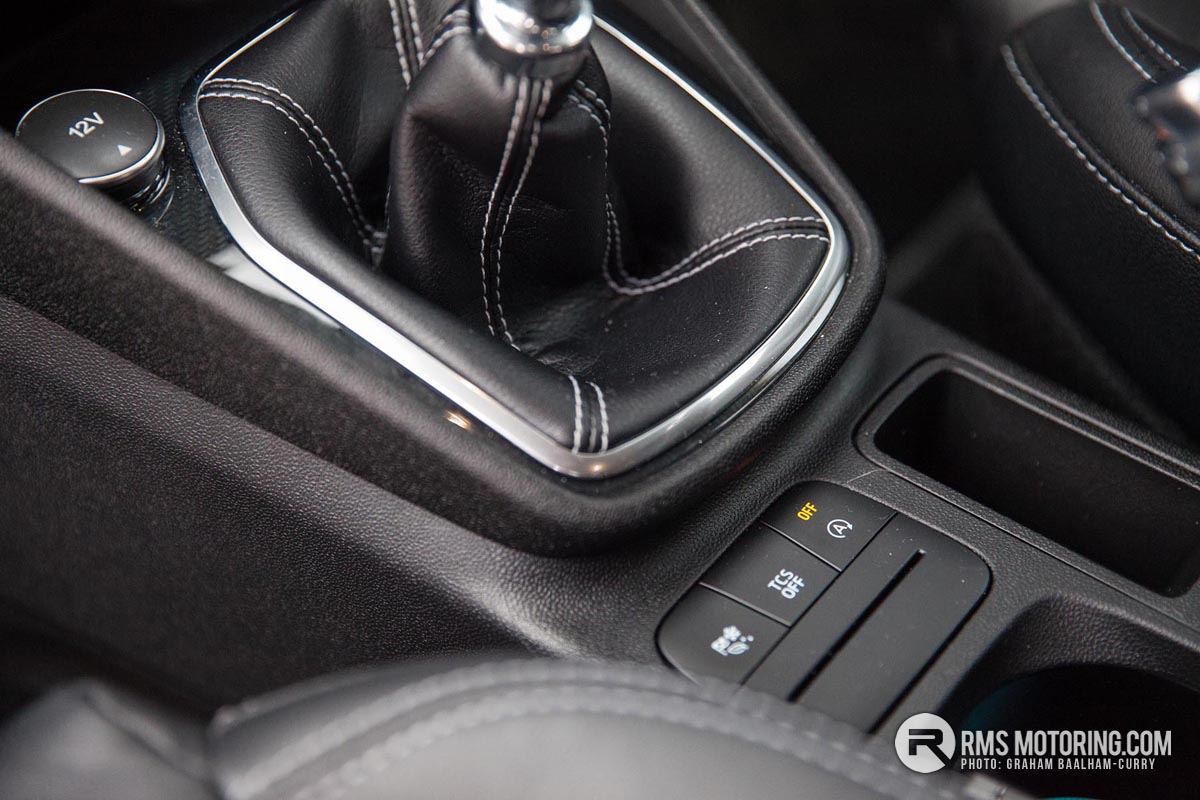 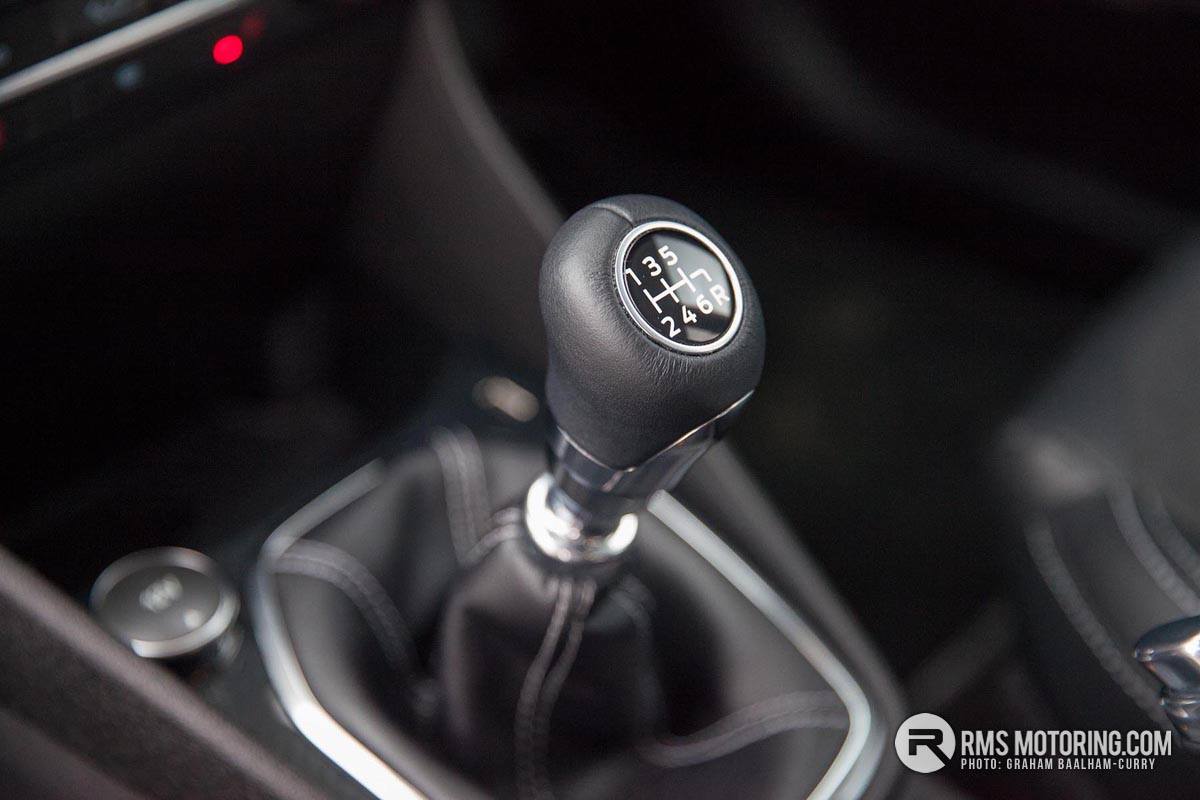 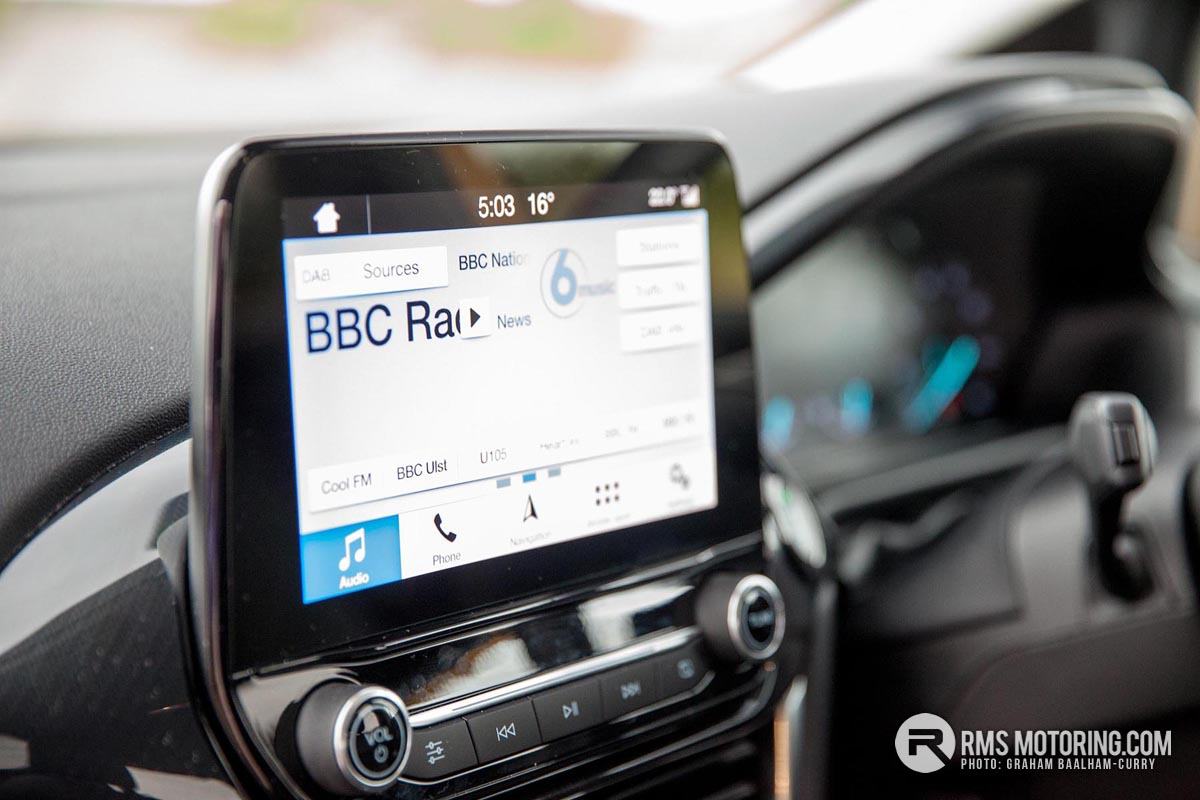 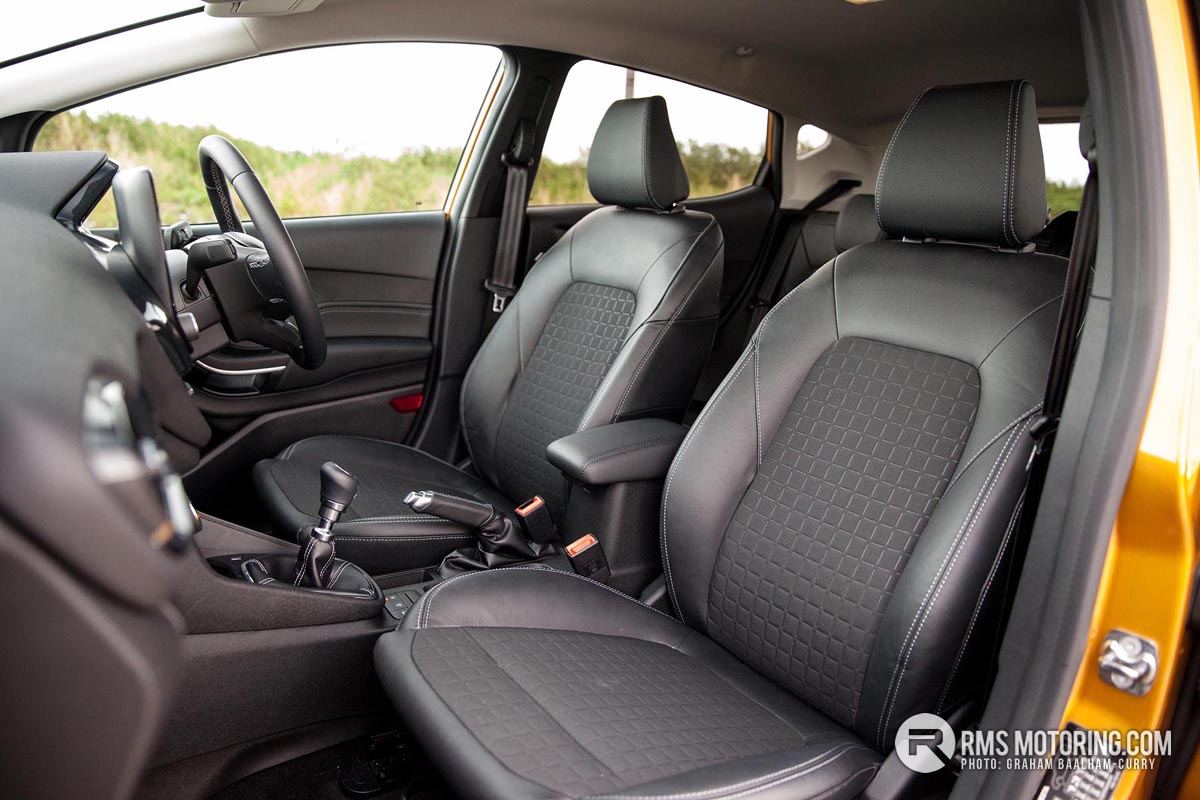 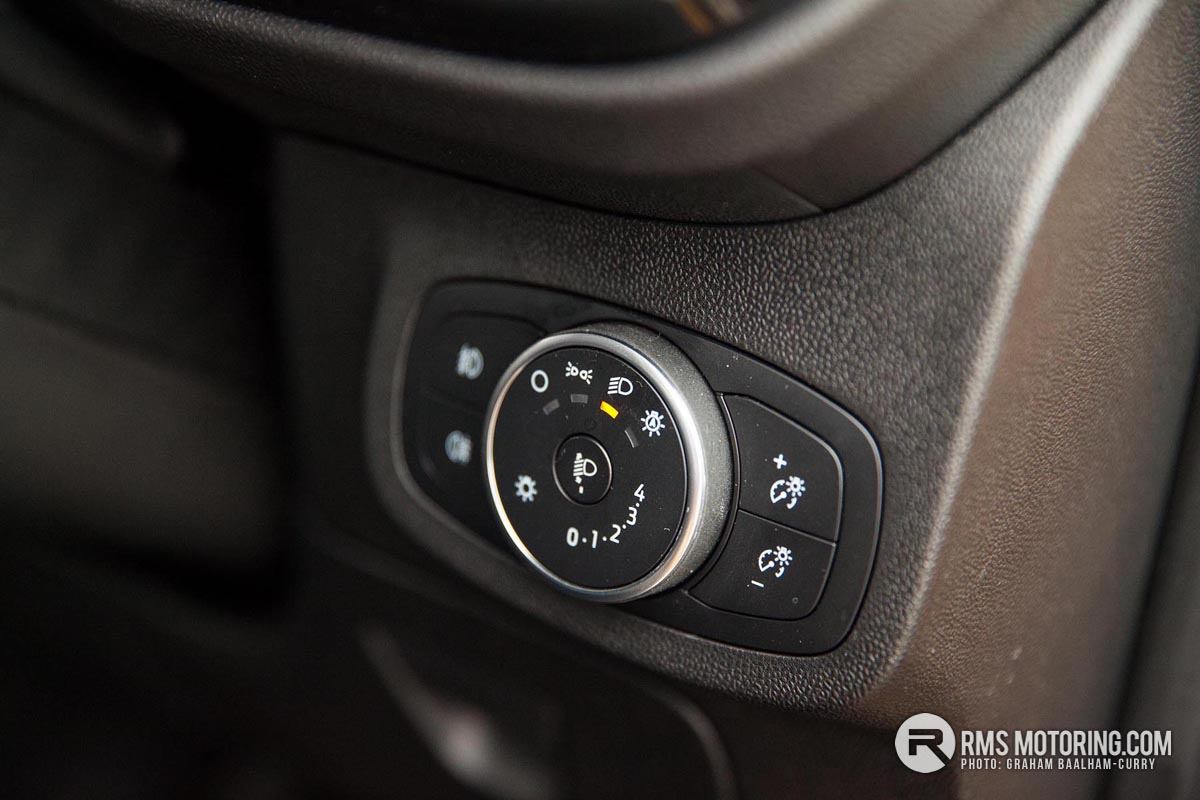 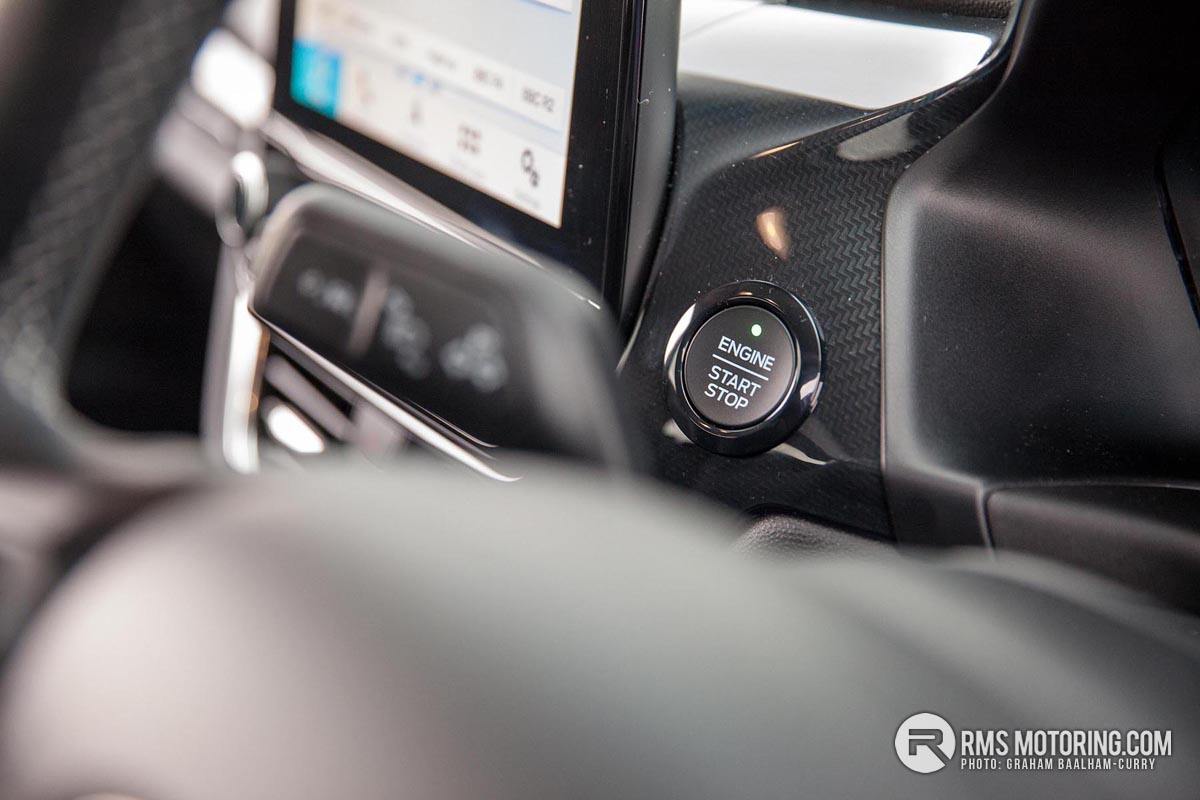 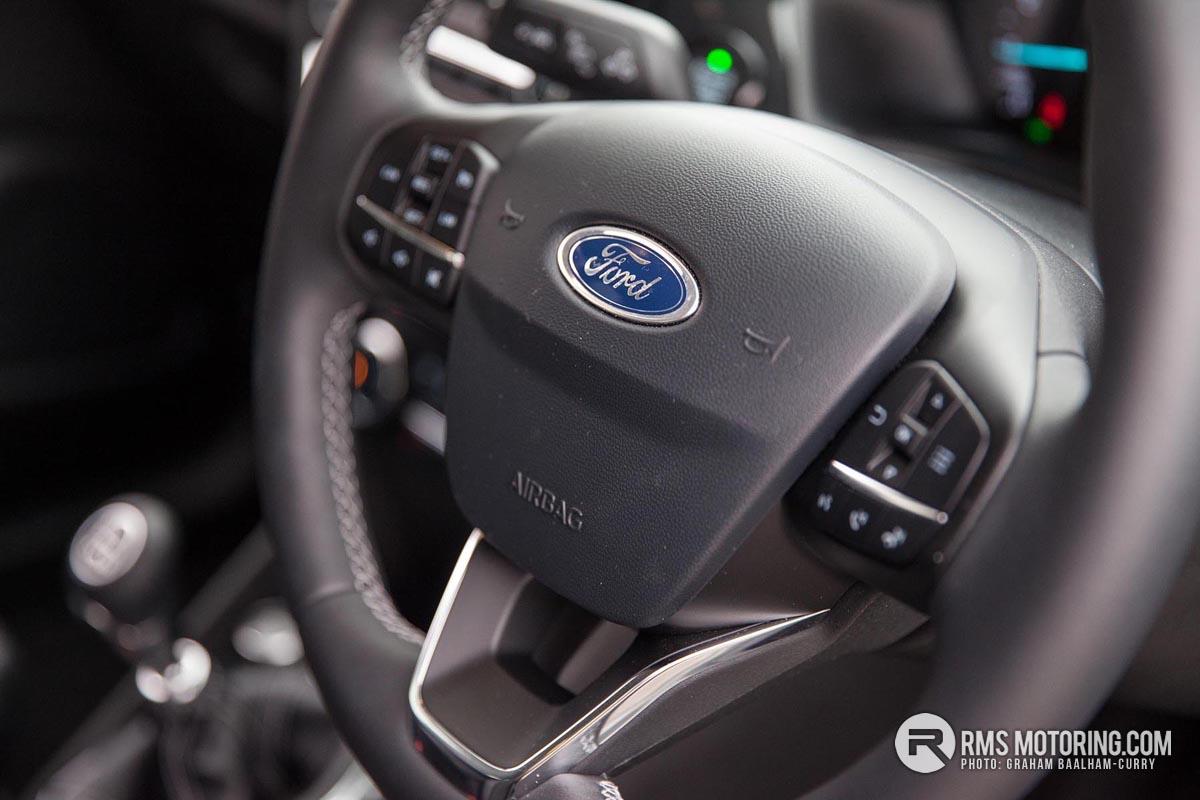 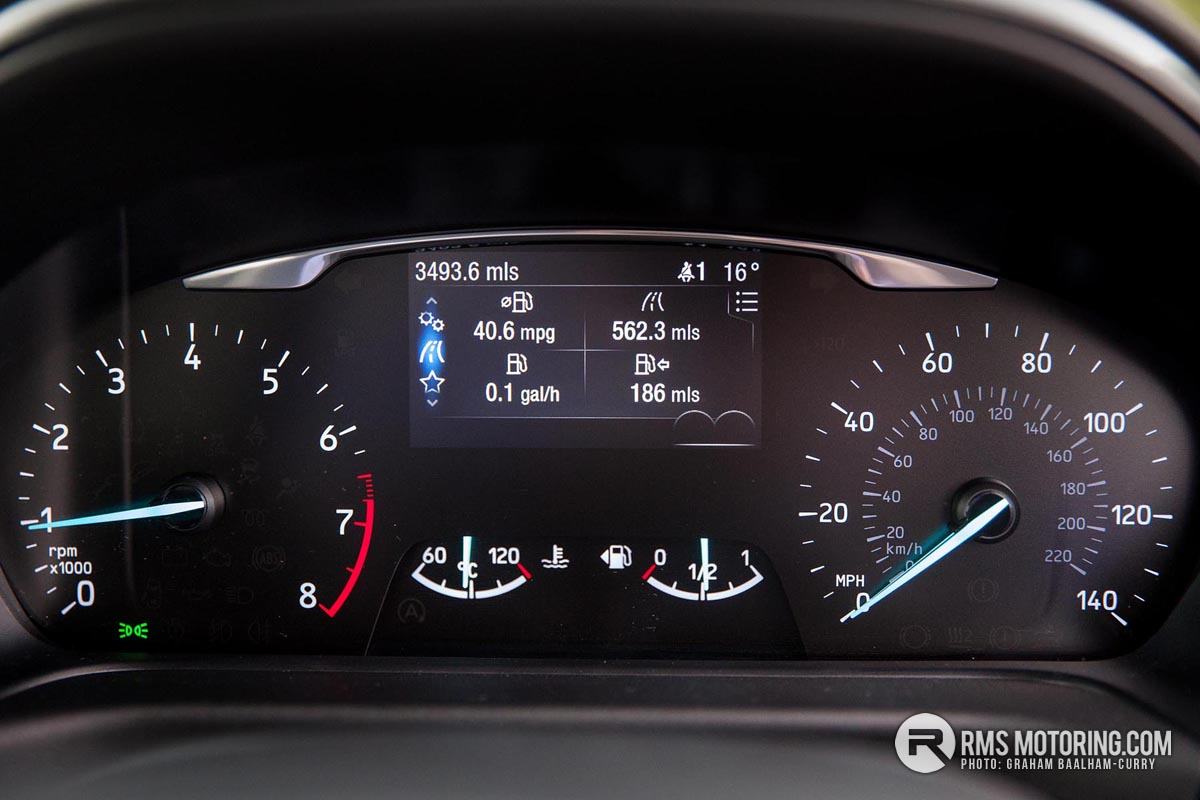 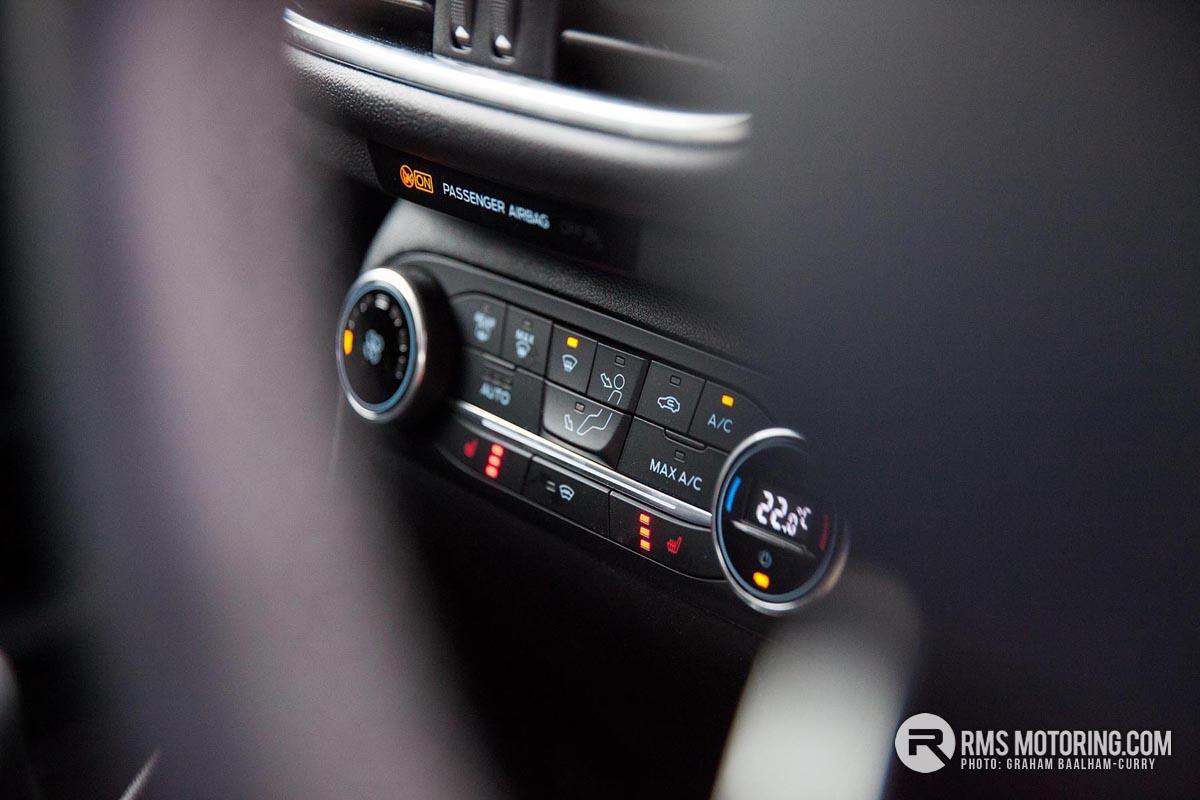