You are at:Home»Road Test»Long Term Review: Lotus Evora
By Andy Cooper on May 14, 2019
Tweet

In the late 2000s, then Proton-owned Lotus was in a bit of a funk. Despite the critical and commercial success it had with the Elise and Exige, debt was mounting, not helped by the failed new GT car, the Europa, that was launched in 2006. Refusing to give up on the more lucrative GT market, Lotus went back to the drawing board, deciding to build a new platform from scratch rather than re-hash the Elise again. The result was striking and a car of the year hit in 2009. Enter the Lotus Evora.

Lotus harnessed their prowess in bonding composite shell to aluminium structure to come up with a stunning vehicle in the Evora. The front end styling was most dramatic, evoking something between an exotic and junior supercar. B pillar and rear window vents add to the sense of occasion, yet the framing of the windows in the car’s profile harks back to the Esprit. The rear end is more a grown-up evolution of the Elise, exhaust shrouded with a large diffuser highlighting the car’s wider track. 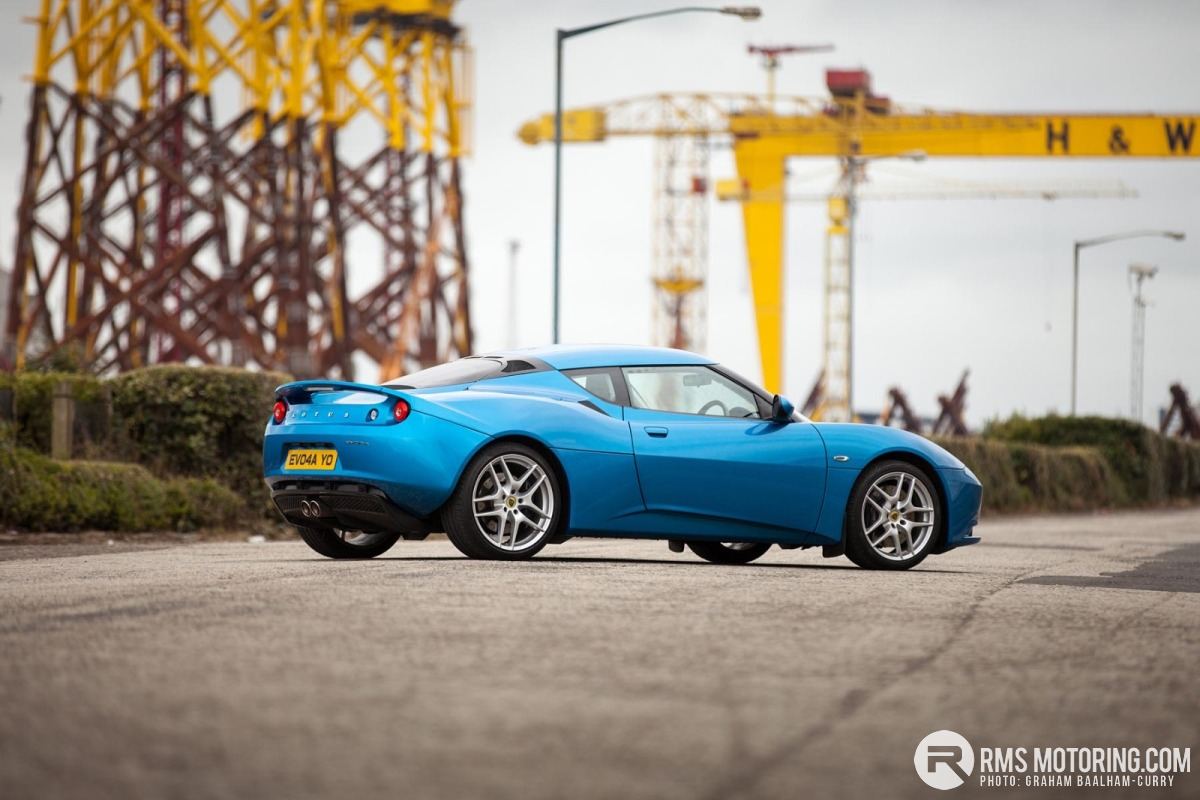 I am in no doubt the Evora is an attractive car to the eye. My first encounter with one was back in 2009, whilst heading home from a drift event, and a blue Evora took position behind us on the vehicle deck of the Birkenhead ferry. It was the centre of attention the owner just having collected it brand new from Hethel, one of the first one the road, and bringing it home to NI. I didn’t know it at the time, but that car would become intimately known to me many years later.

Fast forward to 2017 and I’m on the lookout for a replacement to my E92 335d daily. I’d scrimped together a few quid and decided that an M135i was a performance bargain that perfectly suited my needs. Or so I thought, when pulling into a motorway slip lane I saw over the hedge that my local Vauxhall dealership had taken on a Lotus Franchise. Dangerously I had time on my hands and thought to call in.

Test drives are dangerous things. Your rational mind tells you that its just a fact finding exercise to help in some sort of decision making in the long term future. What actually happens is something more immediate, emotional and intense. Suddenly the heart takes over. Finances are easily justified. In an instant the car has been bought in your mind. 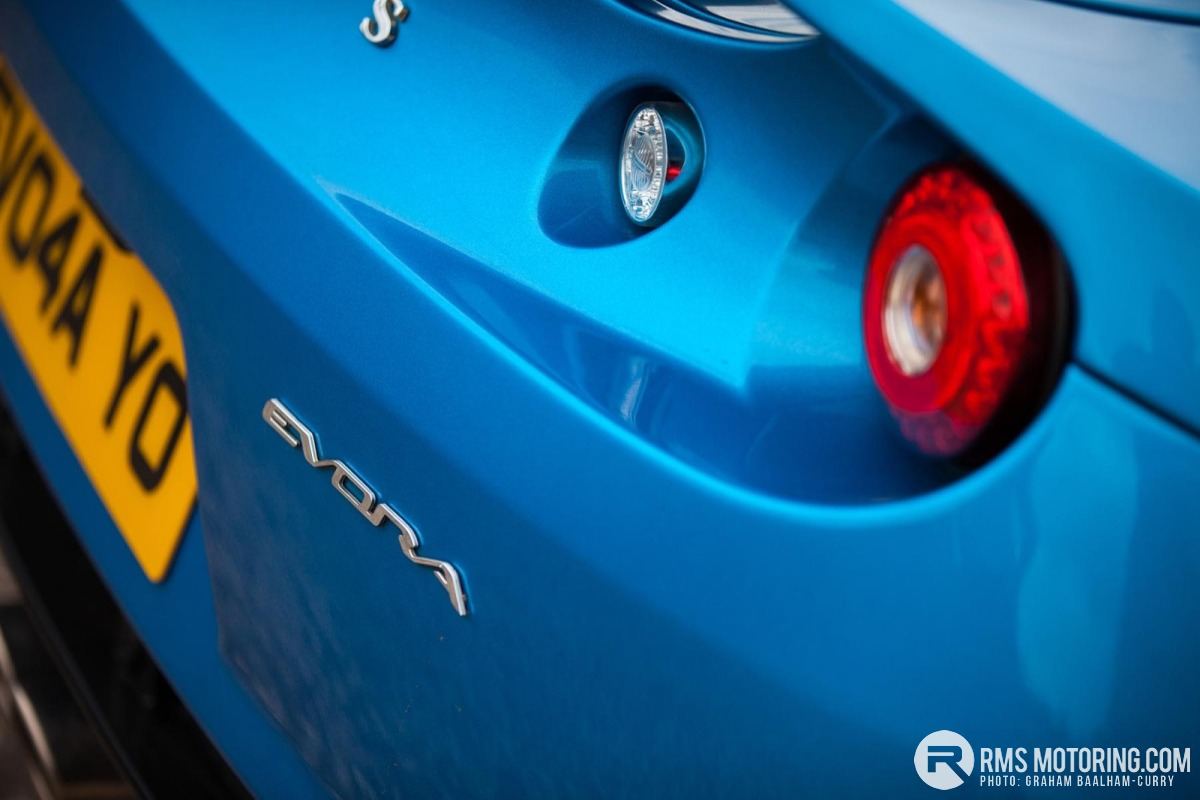 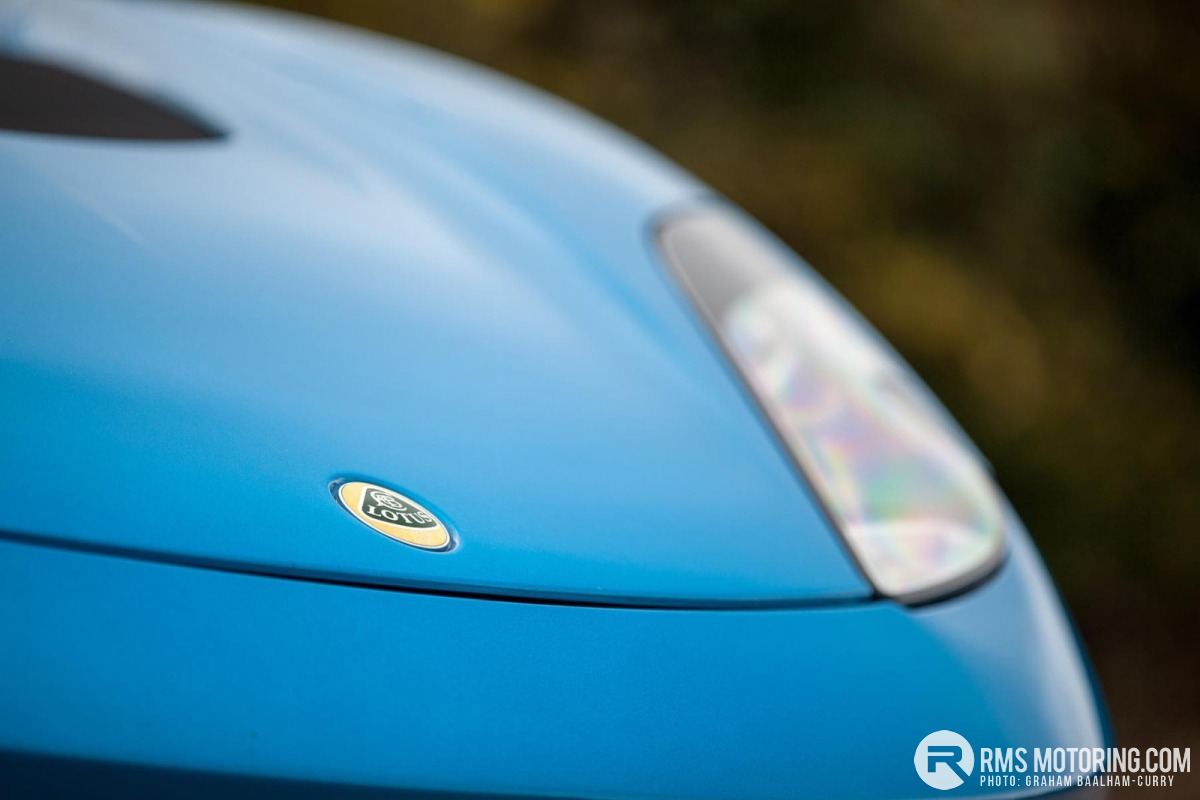 In fact, you are a car salesman’s dream at that point. The signs are easily read for them, and all they need to do then is find out how to help you ‘afford’ it. I digress… well I’m a salesmans worst nightmare. I’ll fall in love and then rather than the usual pencil sharpening as price is ruminated over, I’ve told them the pencils are no good and will maybe call them in 3 weeks. I’m like a rare strain of tyre kicker, one that eventually buys the car.

So I roll into Ballyrobert Lotus and immediately notice the recently traded in Laser Blue Evora Launch Edition. All the cogs turn. I know this car. It was a sign. A sign of pending debt! Several weeks later and that Evora was mine.

There’s a lot to love about the Evora. When I first set in its diminutive cabin, the superb Recaro seats, bespoke aluminium milled buttons and leather trimmed dash really made the car feel special. A world away in finish and refinement terms relative to the Elise. 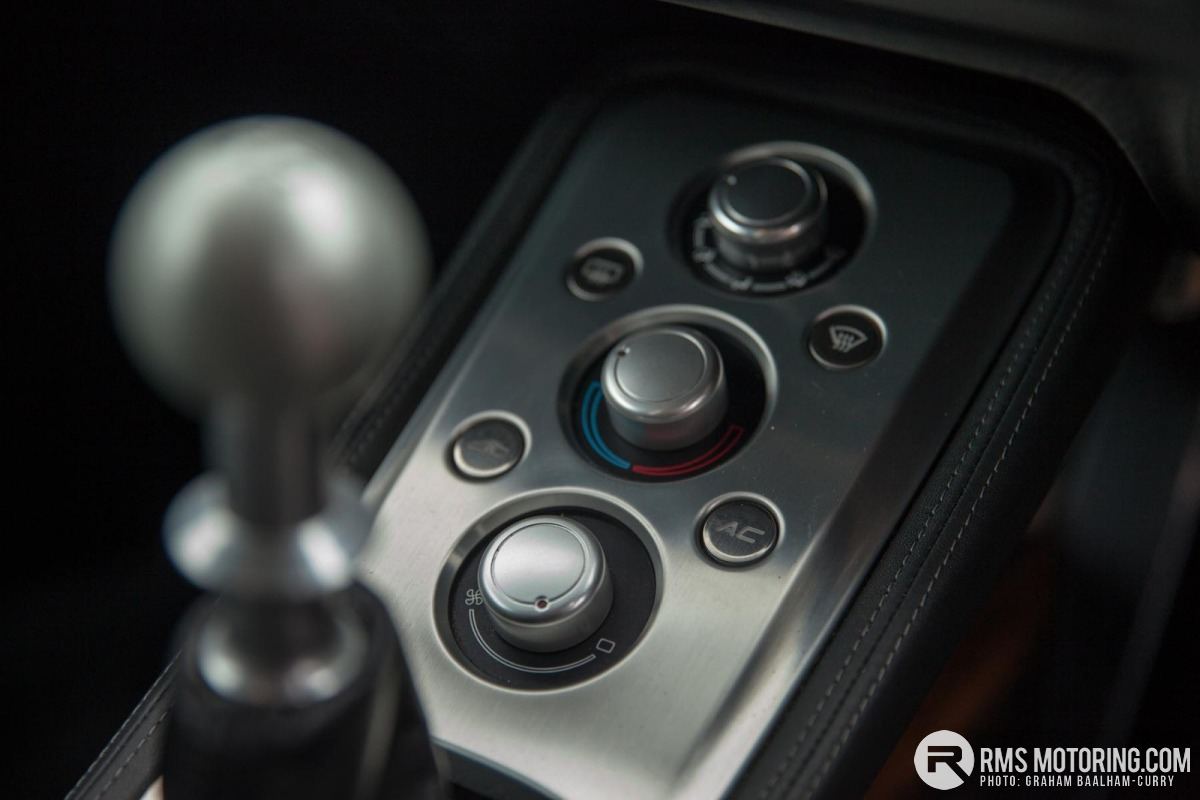 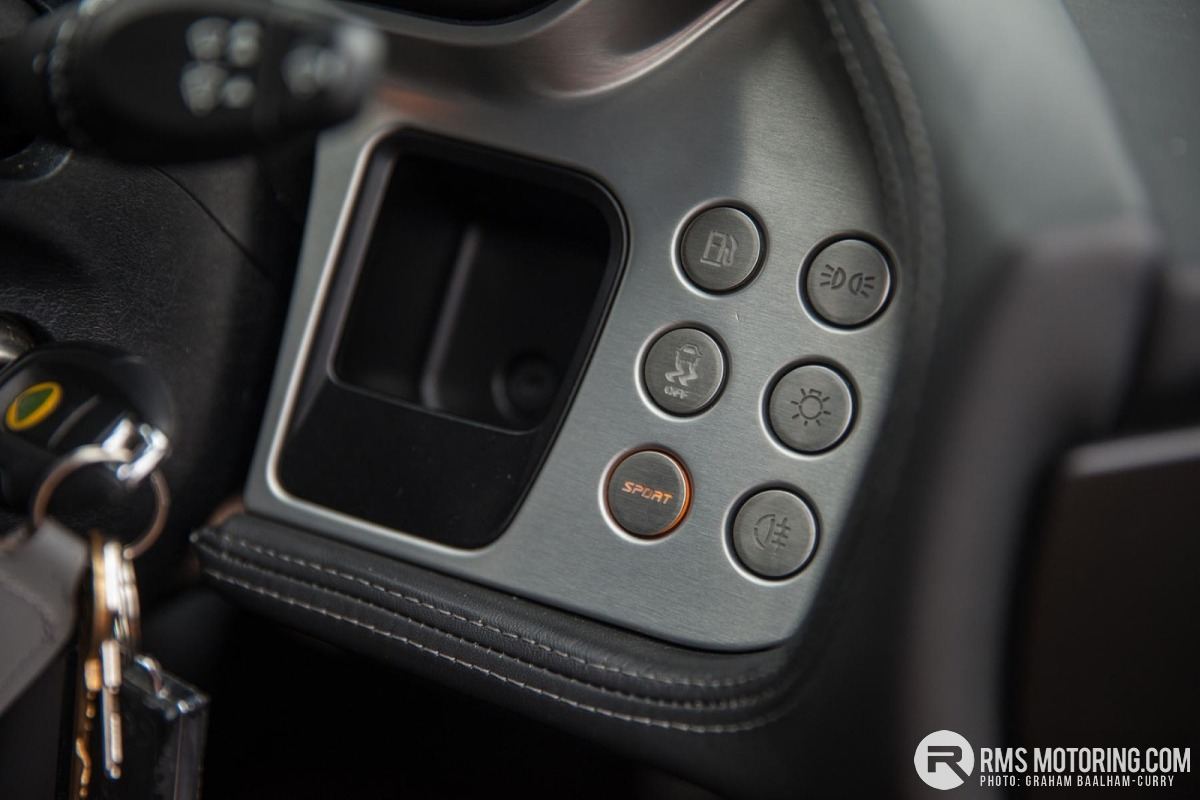 The Launch Edition Evora is powered by a Toyota 3.5l V6, found in a Camry no less, and this gave me faith in something from a manufacturer who’s reliability is regularly questioned. The v6 sounded fabulous on full chat and could despatch 60 in under 5 seconds, despite the Evora’s relatively portly 1250kg kerb weight. Rear seats, full audio with subwoofer, carpet and sound deadening (NVH they call it) makes the Evora a great GT car ideal for long runs, but this does culminate in this rather un-Lotus extra mass. 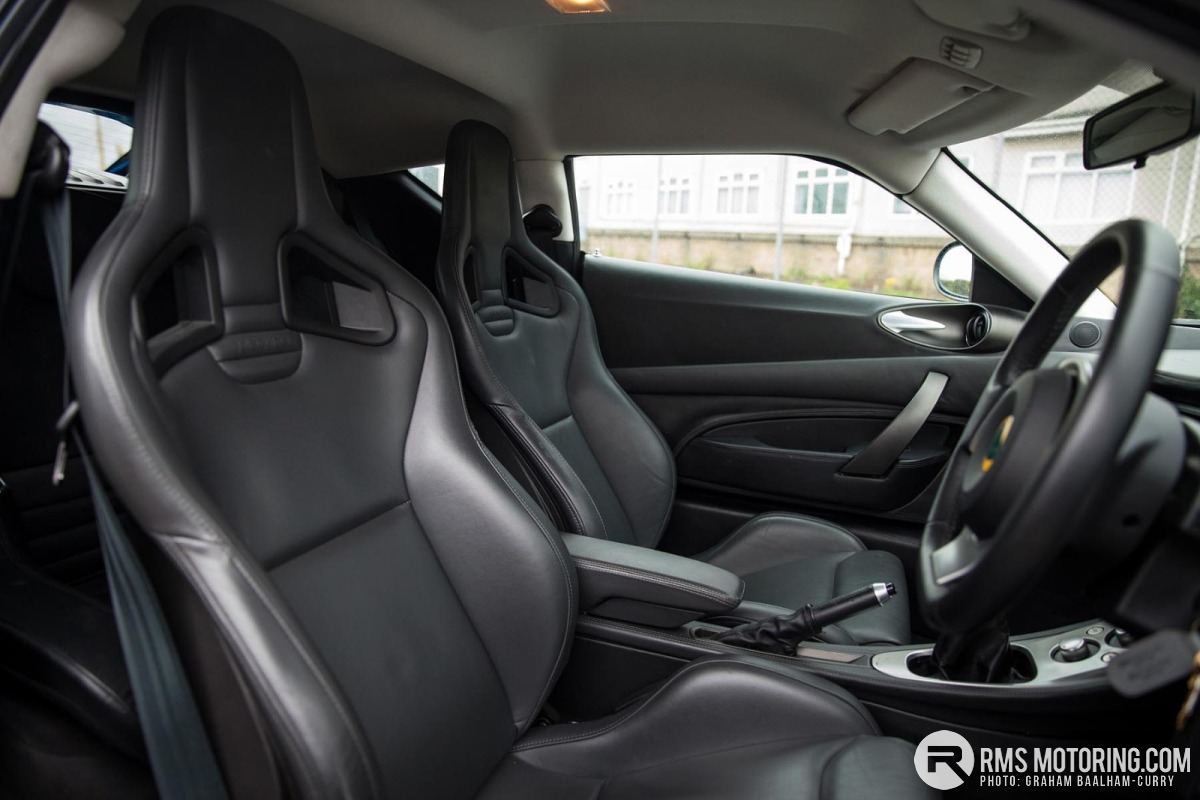 It doesn’t matter though, as on a Northern Irish B-road it has one of the most compliant, almost magical rides of anything I’ve ever driven. Pitted and rutted tarmac is dispensed with ease allowing you to use all 280bhp in complete confidence, the chassis composed at all times. The Evora sits on passive Bilstein dampers and Eibach springs as standard, and the Lotus engineering shines through most in the handling department. The aforementioned M135i or an M3 in fact may go in harder but would be braking much sooner.

I found the Evora to be imminently practical too. The boot could take two hand luggage bags easily, same with the back seats, and so when my wife and I took it a tour of the Scottish Highlands over several days it was a cinch. The superb ride made for comfortable cruising through the Trossachs and the naturally aspirated Toyota v6 returned an incredible 34mpg over the course of the trip.

My car is a special ‘Launch Edition’ Evora, with Premium, Sports and Tech packs – read leather everything, sports button and awful Alpine double din stereo. In fact one of my first changes to the car was to dump the Alpine in favour of a Pioneer CarPlay head unit. Of course being one of the first 250 cars off the line at Hethel this meant my car came with the standard ‘long ratio’ gearbox. One of my main criticisms of this car in particular was the long ratios really holding back the performance of the V6. Later cars got the short ratio box and I understand why Lotus made this change. 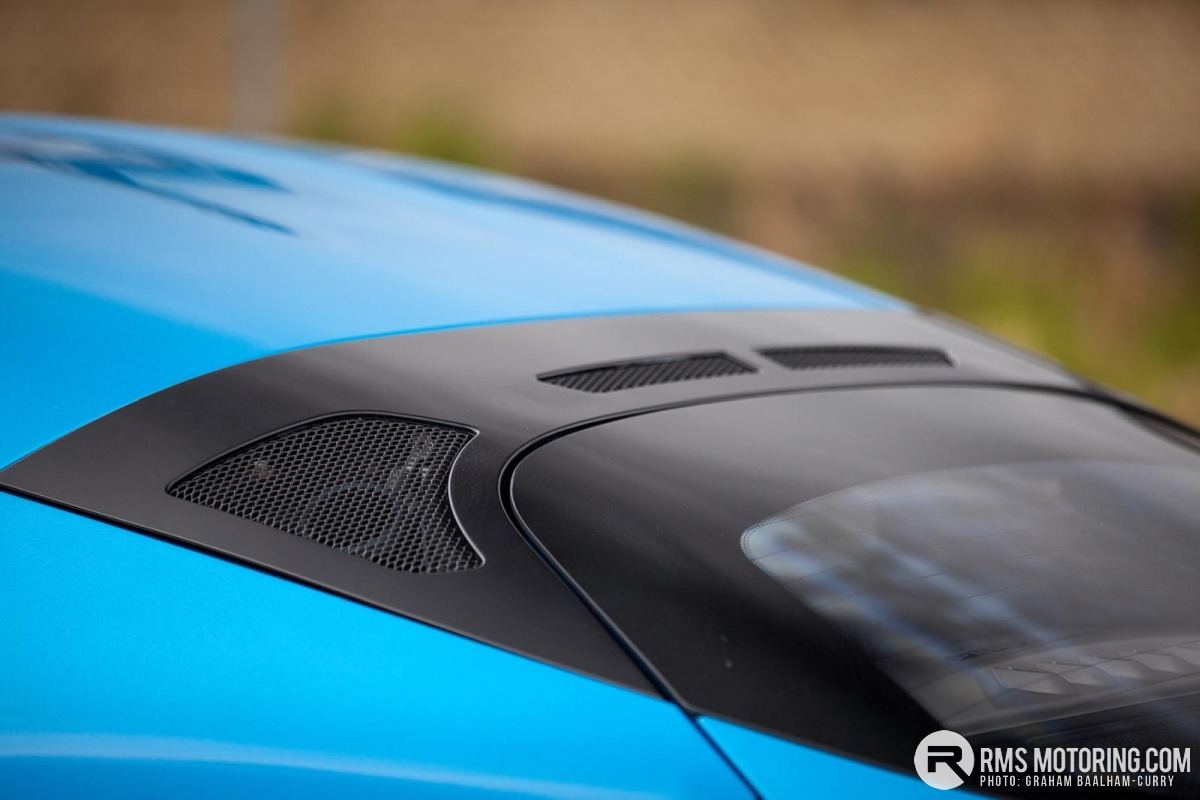 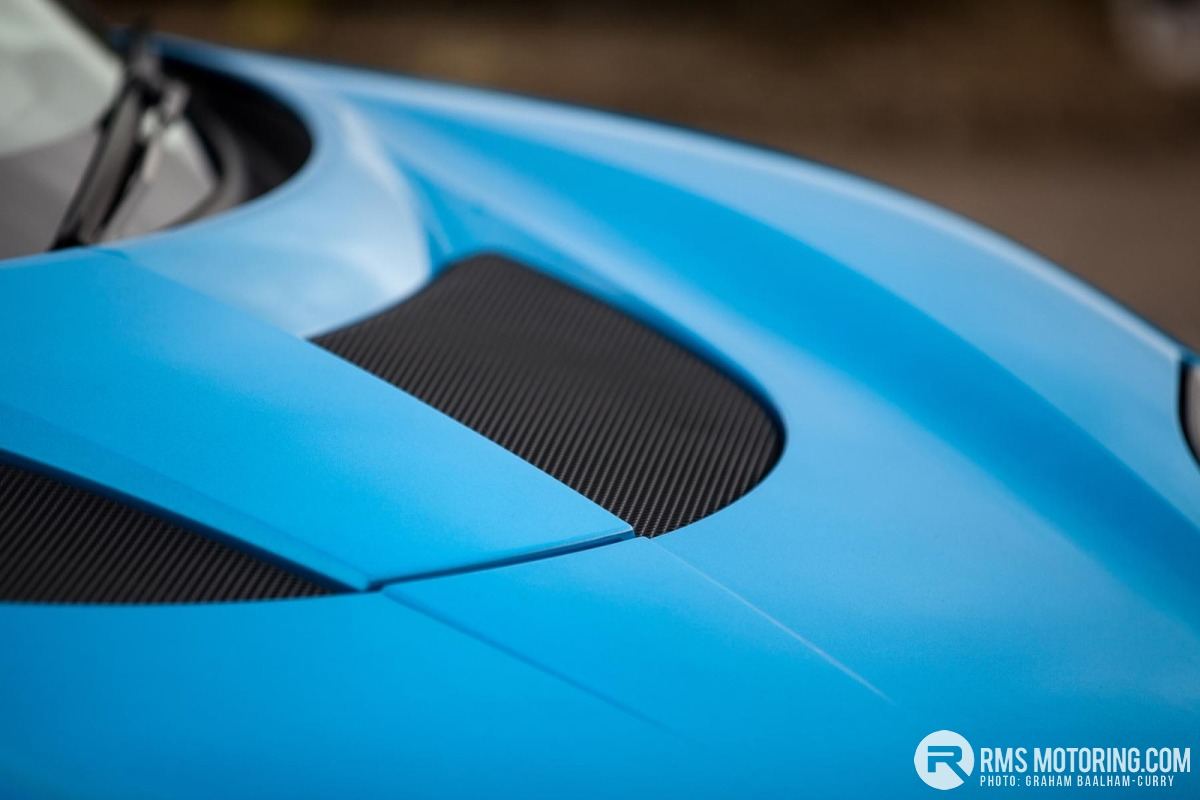 I did have a few hiccups in my ownership but the car never left me stranded. Between test drive and collection, the factory alarm gave up, and it took several weeks for a replacement to be fitted. Unfortunately this can be a typical ownership experience, depending on the part that breaks and factory availability. In this instance I could have just went down the aftermarket route to expedite my Evora’s return but it was being carried out under warranty, so an exercise in patience was required instead.

Another common problem I encountered was the UV film protecting the headlights delaminating. Thankfully this was easily fixed by popping the lights out and leaving them with a local bodyshop to reapply the film. They returned good as new and it wasn’t a dear exercise.

I’d taken the Evora on track at Kirkistown and discovered how different it was to drive a mid-engined car in anger compared to front-engined, rear driven that I’d be most familiar with. I was expecting a snappy chassis wanting to swap ends at the limit, and I was surprised instead to find plenty of mid corner adjustability, great turn in and unfortunately some understeer at the limit.

It’s not just me as well, from superb online resources such as The Lotus Forums, it appears this understeer is a natural out-of-the-box characteristic built into what is primarily a road car. This of course can be tweaked and there is a raft of aftermarket options if I wanted to make the car more track orientated. The other thing that I discovered on track is that outright pace is fairly similar to the aforementioned M135i. The Evora runs huge AP brakes and I was always checking the mirror in the hope there was enough gap behind me as I could out-brake many of the hot hatches!

Several months of ownership had passed and the Evora had got under my skin. Everywhere I took it, kids waved and old enthusiasts flocked over to poke at it and have a chat. I found the general love for Lotus totally unexpected. So it was no surprise when an Exige V6 S came up for sale locally, it was time to take another step with Lotus.