The Mazda 6 is a popular choice for the mile munching sales rep as much as it is for being a purposeful family car. This latest offering from Mazda, available in two variants; a four-door saloon which starts from £24,725 and a tourer, as tested, priced from £25,725.

Pricing that puts the Mazda 6 in a similar bracket to that of rivals such as the Ford Mondeo, or the Volkswagen Passat. The Mazda for me however, wins the beauty pageant within this segment and, despite being the largest car that the Japanese maker offer, the Mazda 6 estate isn’t just as family friendly as its rivals.

With styling that is unmistakably Mazda, the 6 is available in four trim levels with a simple range of engines, and the option of an automatic or manual gearbox, (trim dependent). 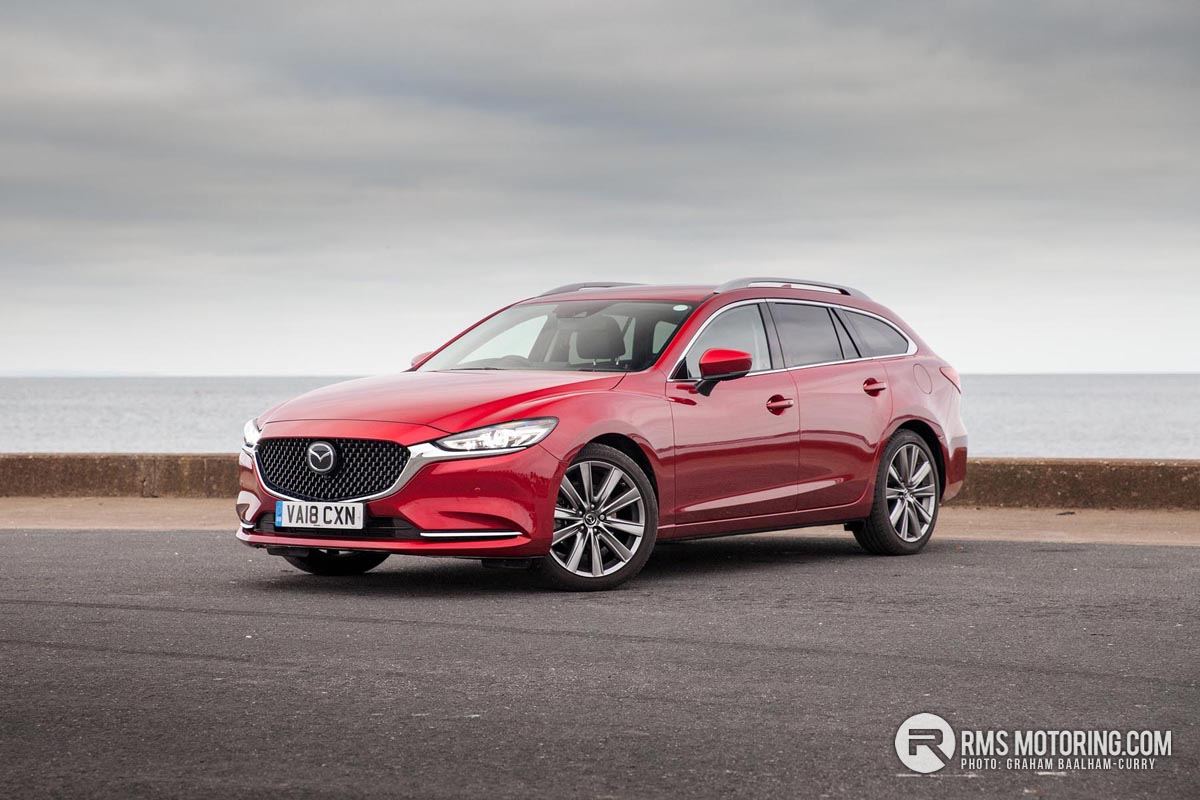 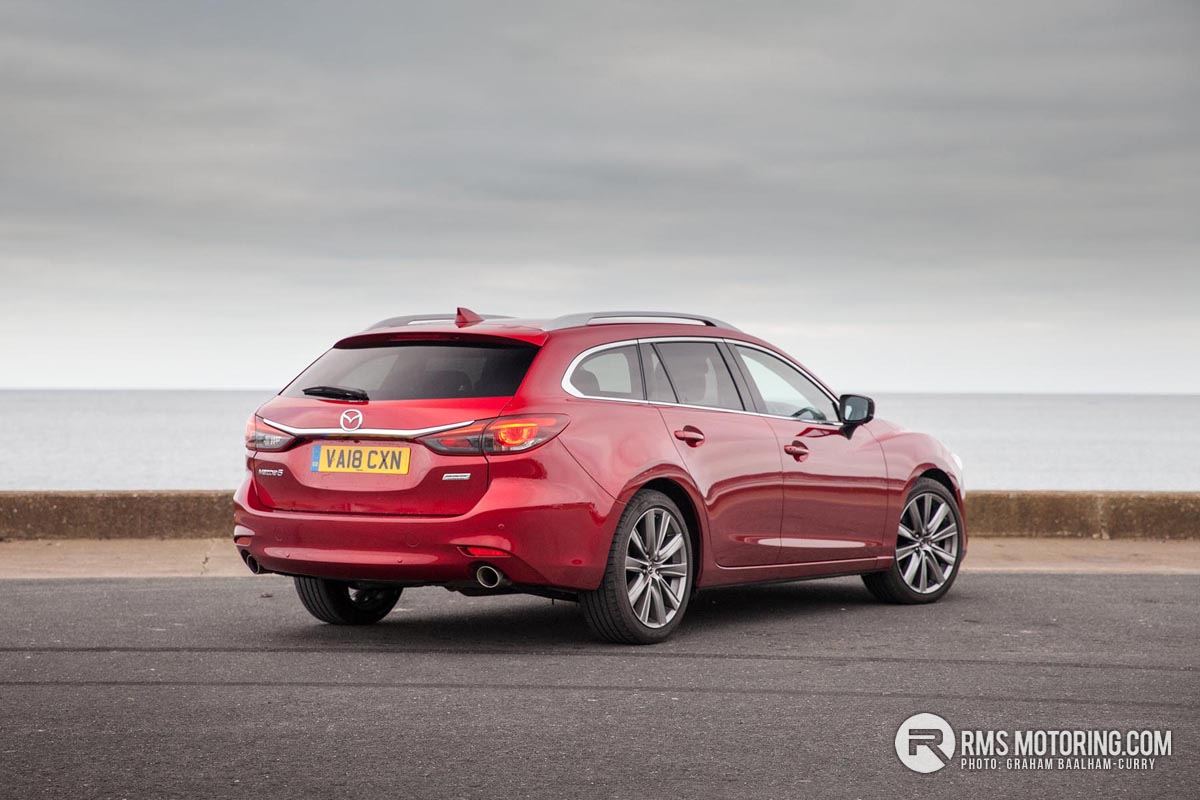 Engine wise there are two petrol engines with a single diesel unit being available, all of which are four-cylinder, and the full range is available only as front-wheel-drive.

The range starts with a 2-litre petrol which is mated to a 6-speed manual gearbox and produces either 145ps or 165ps. With a 0-62mph time of 10 seconds and 9.4 seconds respectively, and a top speed around 130mph, neither power output can be regarded as sluggish and both will have a return of around 41mpg.

The GT Sport Nav+ is equipped with a 2.5-litre engine paired to a six-speed automatic ‘box, producing 194ps and with a 0-62mph time of 8.1 seconds and a top speed of almost 140mph, it’s pleasantly surprising to learn that a return of 37mpg is achievable. 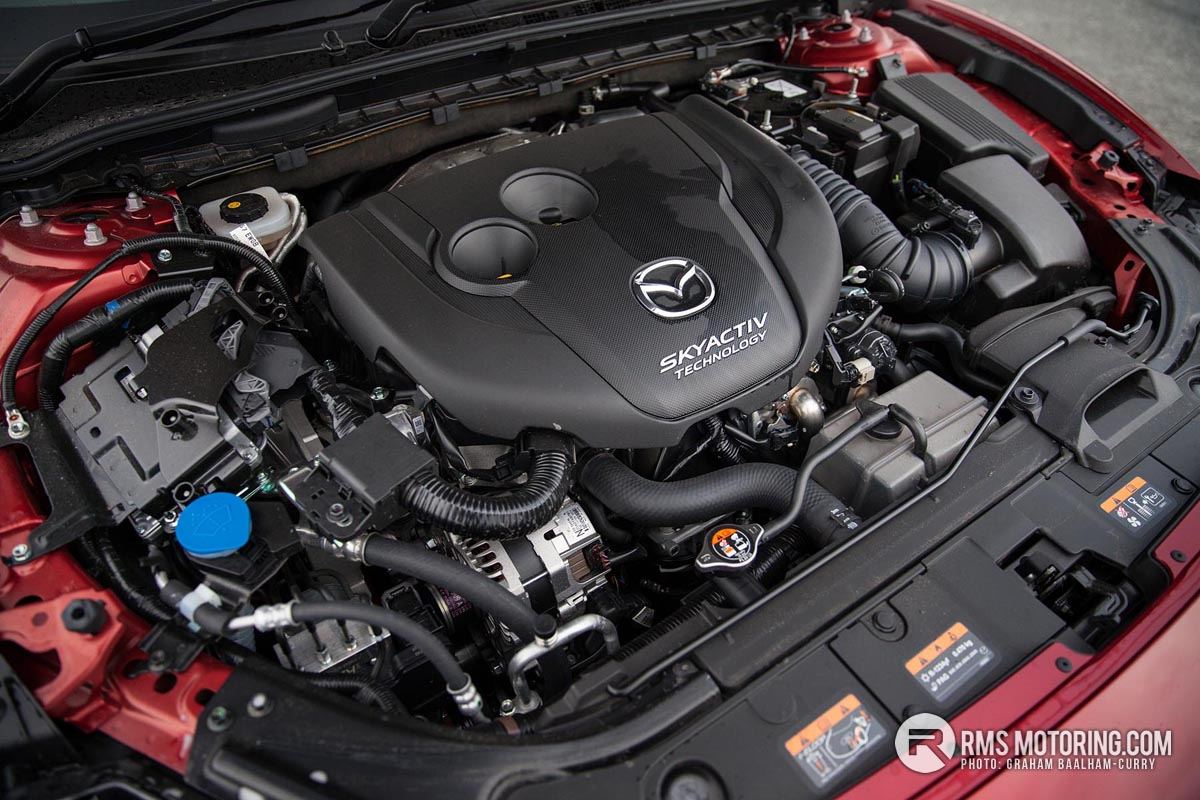 As I said before, this is probably one of the most aesthetically pleasing cars in its class and I could easily see myself behind the wheel of one as a reliable family steed. With the range of potent engines and a firm, but confidence-inspiring drive, the current Mazda range is sure to put up a stiff fight against the usual German rivals.

As you would expect with an estate car there is plenty of load space within the boot and, unlike any Mazda you maybe drove a decade ago, a sea of hard plastic is all but a distant memory. Thankfully so, too. The cabin of this Sport Nav+ model tested and pictured, is somewhere I could easily spend several hours a week. 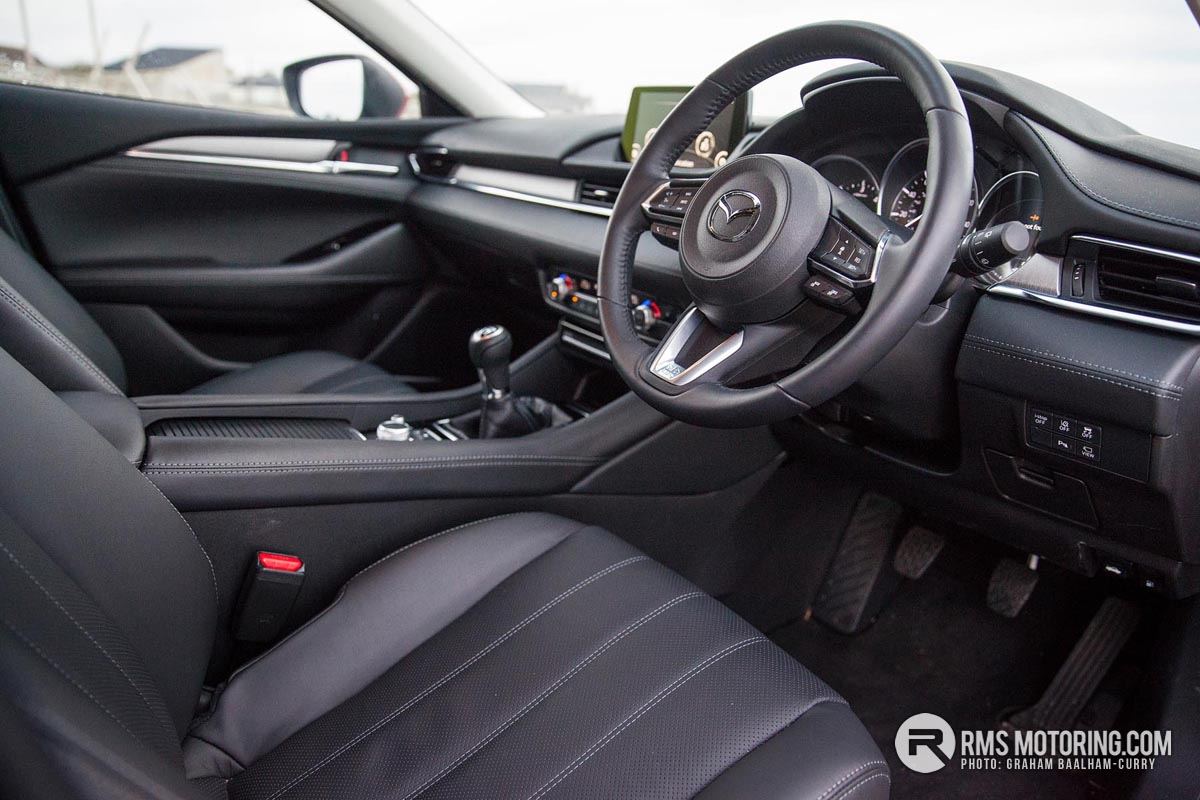 At average stature, I’m not exactly the tallest person around, however, with ISOFIX bases fitted to the rear seats along with ‘group 0’ rear facing child seats, I found myself having to move the front seat so far forward that I was in nothing other than a cramped position, meaning I’d not wish to endure much more than a short trip to the shops as a family. 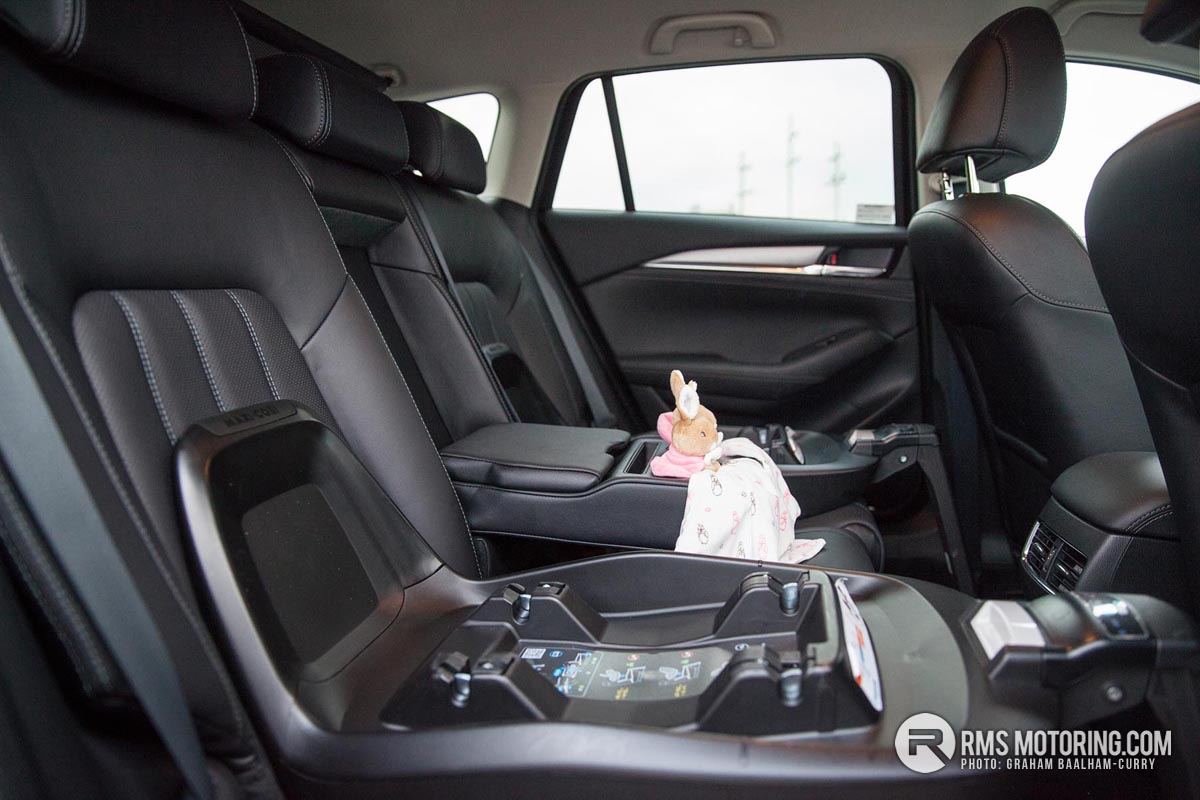 This came as somewhat of a shock to me, as looks wise, I expected the Mazda 6 estate to accommodate and absorb a young family much more comfortably. Don’t get me wrong, the Mazda 6 estate is still very much a family car, though more suited perhaps to a family of booster-seat aged children, rather than babies.

Use of the well-positioned infotainment screen is done via voice control, or the control knobs and buttons down by the gear stick, whilst the premium BOSE surround-sound system is as awesome as you would expect.

Fitted, in the case of this test car, with the 184ps diesel engine paired to a six-speed manual gearbox, it provides the perfect blend of power and driveability, with no complaints whatsoever. Mazda offer a 3-year, 60,000 mile warranty, with servicing every 12,500 miles or annually.

So is it as good as it looks then? During my week with the car and in my circumstances, almost! If I had the car today for another week, the answer would probably be a simple yes.