You are at:Home»Road Test»Supra GR: Rebirth of an Icon?
By Andy Cooper on September 25, 2020
Tweet

The return of an iconic model in the Toyota line-up sets expectations stratospherically high for the new Supra.

Nissan managed it with the reincarnation of the GTR of course, conversely both Peugeot and VW floundered for successive generations with the GTI at one point or another, though they did get there in the end.

What’s worse, we know this new Toyota Supra is Kaiser Soze. By that I mean we all know the spoilers, and I’ve already been asked did I see the BMW labels on the wiper motors or some such other nonsense.

With all this baggage out of the gate it’s difficult to be subjective, so as much as possible I will attempt to socially distance myself from this noise and take things on merit alone. 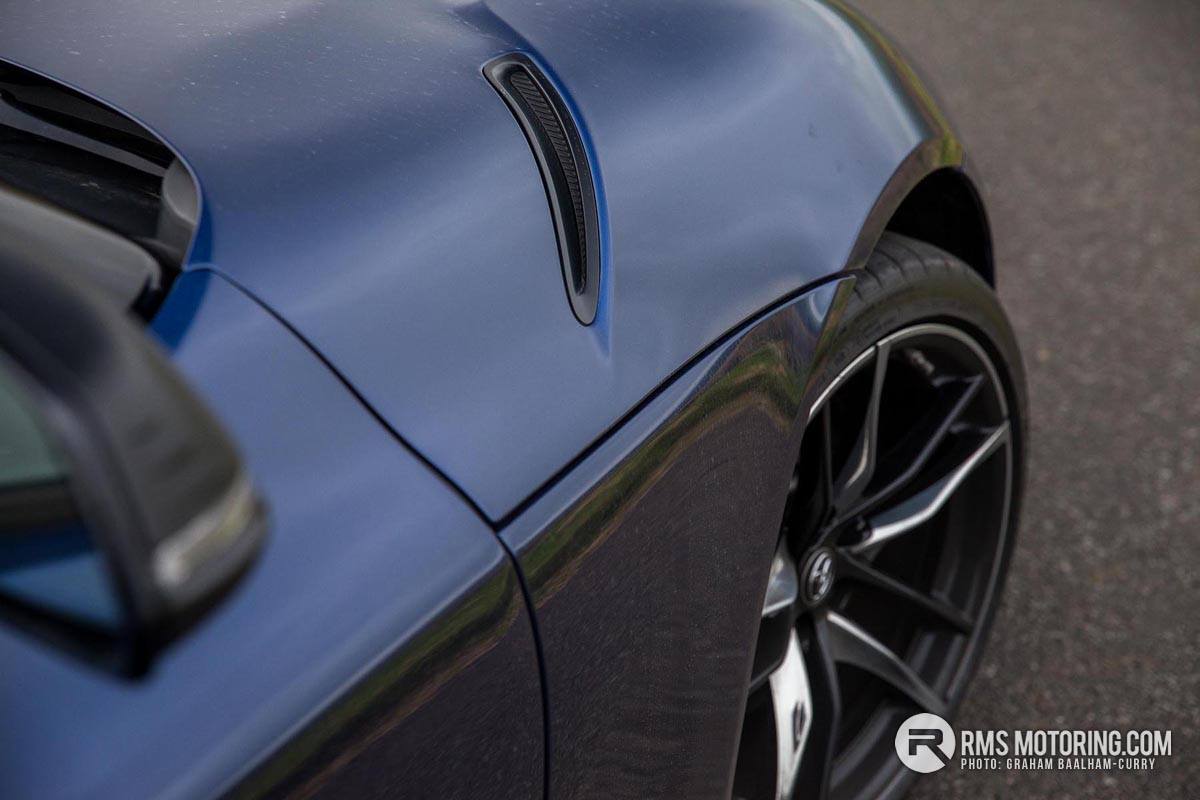 Having lost its way with sports cars for the last decade at least, Toyota have held onto some of its customer base with the GT86. However, those GT4 Celica, or previous generation Supra owners have moved elsewhere.

Toyota lost that once youthful, will always be a boy racer customer, focussing instead on hybrid’s and family cars. Rightly so, of course, as that’s what makes the Japanese firms coin. But with an abundance of racing and rallying pedigree, Toyota lacked a large piece of their puzzle.

This leaves us with the fact Toyota have just launched a two-seater, rear driven turbocharged petrol sports car. In the age of electrification and automation, this is a very good thing indeed. The puzzle is now complete. 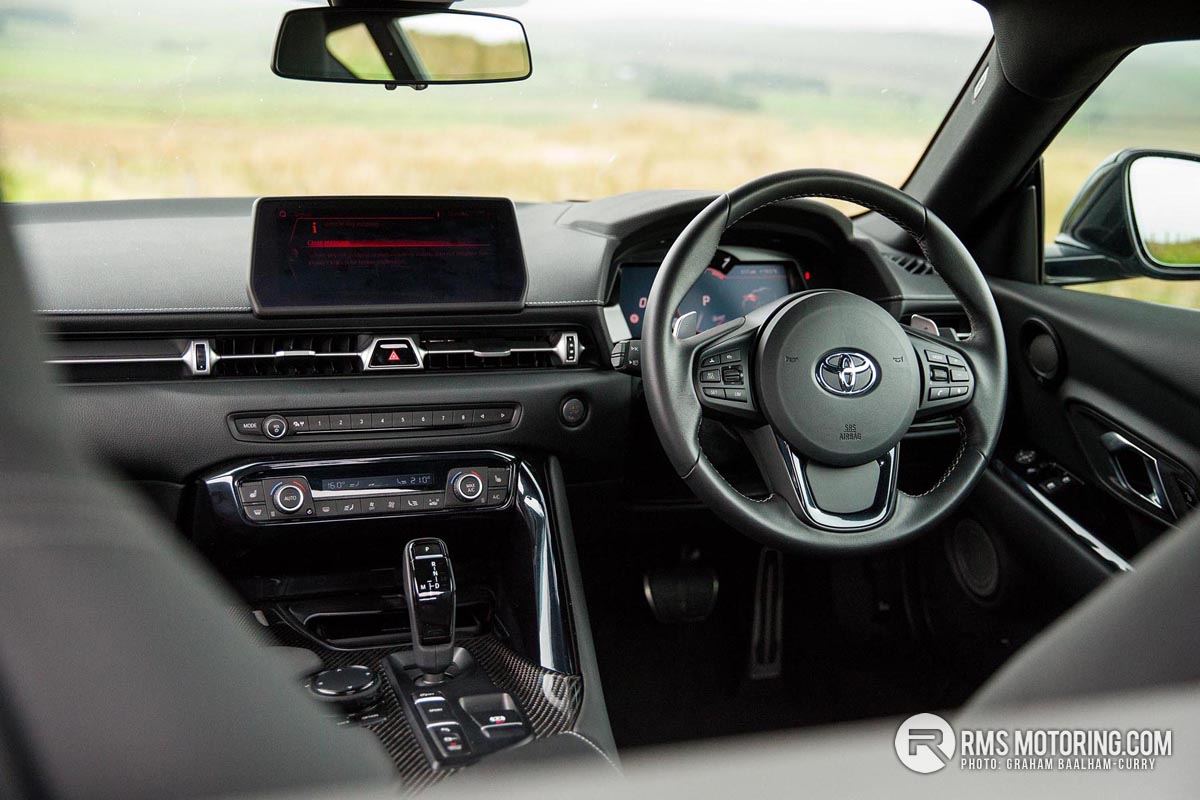 There is a GR Pro model, as tested, starting from £54,340 which adds a 12-speaker JBL premium sound system and wireless mobile phone charging ability.

The Mk5 Toyota Gazoo Racing (GR) Supra I have on test is in the awkwardly named “downshift blue”.  The colour does nothing for what is not doubt a striking car, with its large front haunches and dramatic bulbous profile.  An RMS member has a Nitro Yellow Supra which is much more suitable and really accentuates the lines.  There’s a blue GT86 in the Curtis Cars Toyota showroom, and parked side by side there’s little in the footprint of the two cars, yet they look nothing alike.

Although there is a passing resemblance to the mk4 supra where the headlights meet the nose on the front end, the greatest homage is the fantastic boot hatch hump, a nod to the 90s icon. I can almost forgive the fake wheel arch vents. 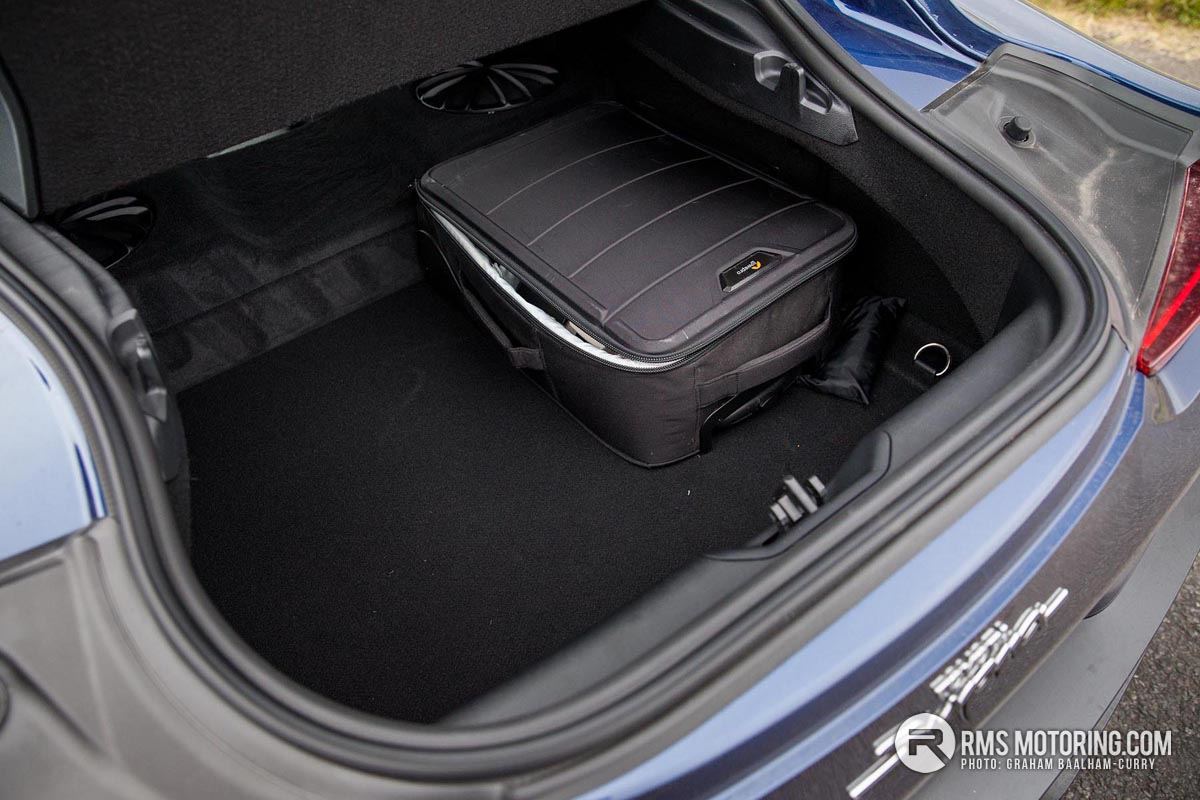 Climb aboard and it’s clear that you are flying BMW business class. To be clear, that’s no bad thing as the Munich derived office is comfortable, feature packed and intuitive. Just maybe a bit too familiar with switchgear lifted wholesale from the BMW parts department.

The steering wheel centre housing the airbag though is enormous and spoils what could have been an opportunity for some flair. Surprisingly and unfortunately Toyota didn’t opt for a full LED instrument pack, the arcade game tacho especially looks low rent.

Visibility for a fairly small glasshouse was very good, the only caveat the over-shoulder C-pillar blind spot which you soon learn to take account for. The GR Supra is a two door hatch, and surprisingly there’s no firewall between seats and load area.

Great for squeezing in golf clubs or hearing the thud of the excellent JBL sound system, but otherwise it’s a chamber for road noise. Don’t get me wrong, it’s fairly quiet at motorway speeds, but I’ve no doubt separating the compartments would make it even easier on the ears. 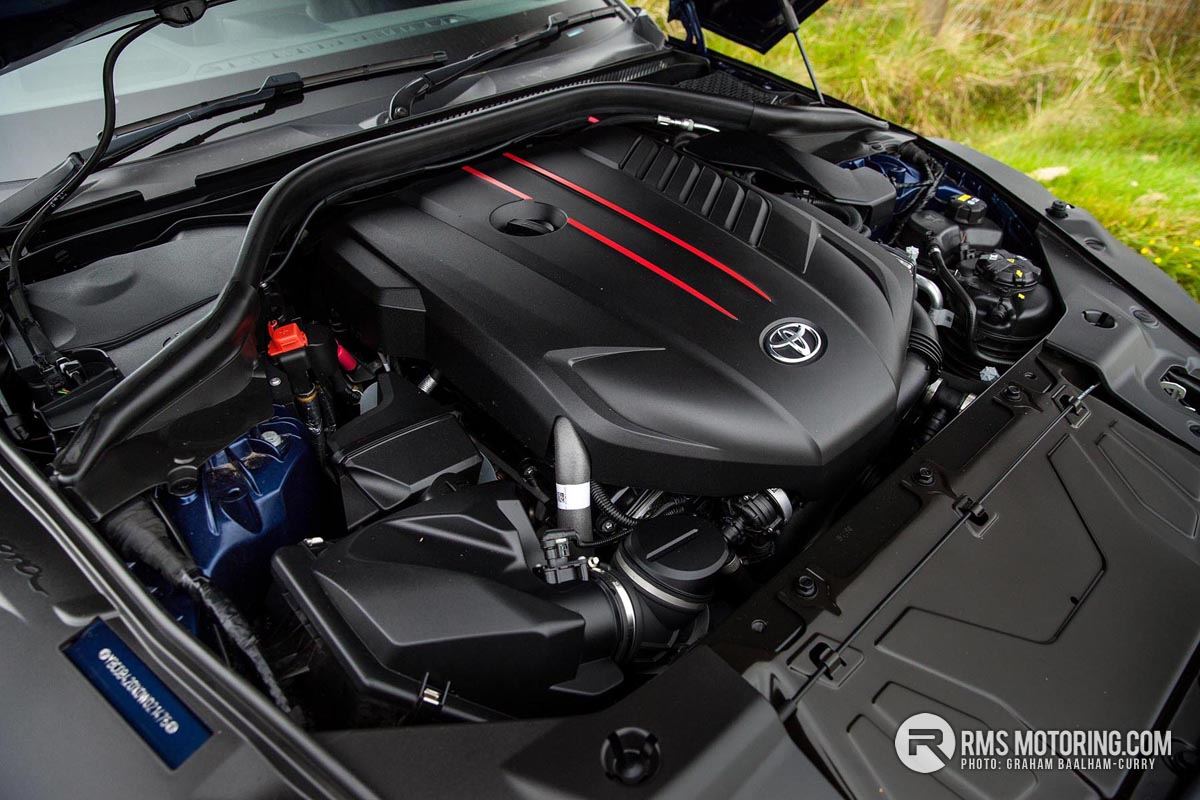 The good news is when the GR Supra is in sport and the taps open, the B58 3.0-litre turbocharged 6-cylinder engine sounds fantastic. Sonorous, responsive and lively it feels more than the 340bhp quoted and is perfectly matched with the now ubiquitous and utterly brilliant ZF8 auto box.

Firmly sprung, I can feel the tyre wall having to deal with B-road imperfections. There’s an abundance of grip from the Michelin Pilot Super Sports and with the steering in sport mode the EPAS weight seemed well judged. I had no problem placing the Supra where I wanted it to be and felt confident to push on early doors.

Weighing in at nearly 1.6T however the Toyota is no lightweight – the same as an F80 M3 (but thankfully it sounds a lot better). It’s frisky and very enjoyable performance feels more at home being a GT car that occasionally gets 9/10ths thrown at it.

Quick but not silly quick. If you are on the fence about the new Supra’s daily driving capabilities, be in no fear, it is perfectly suited. In fact I suspect over 30mpg is perfectly possible in normal driving. 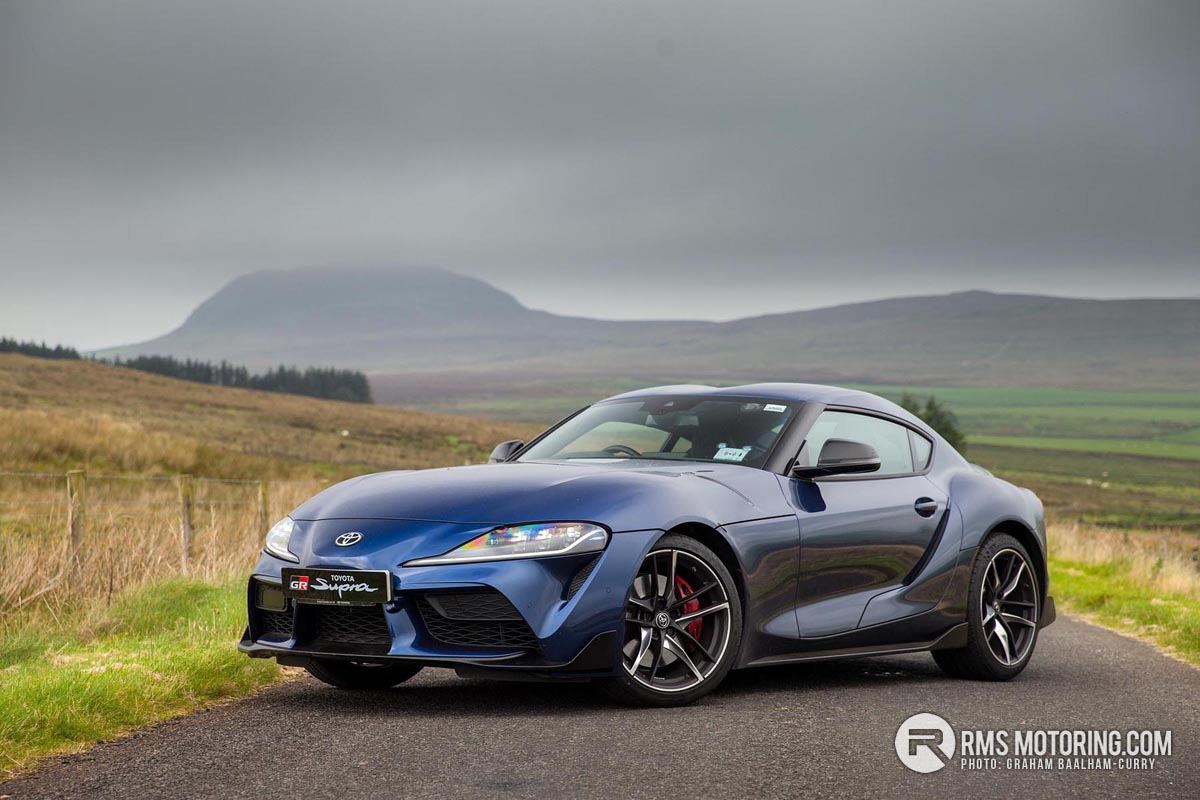 There it is. I’ve tried to be objective. Now here’s how I felt. Great. Ruddy great. I couldn’t give a fiddlers about the BM bits other than at worst they are functional and at best make the GR Supra great.

It looks and feels special, though not quite in the ‘weekend-0nly’ sense. There’s the spirit of the ’90s icon in there, and you really can enjoy the performance of the car. When you want to retreat into commuting, shopping and podcasts it can just as easily mould itself into those roles.

It has inspired several conversations by fellow petrol-heads, like all great cars do. And it’s a brand new sports coupe for the 2020s – that’s to be celebrated in and of itself.