Toyota and performance are words that go hand in hand, but only for those of a certain vintage who remember their racing and rallying antics of the 1990’s.

I could never have afforded to insure any of them on the road at the time, and the way the classic car market has gone in recent years I will never be able to afford to buy any of them, so I was fortunate that a few of my friends growing up allowed me to experience their cars whilst emulating our best Carlos Sainz impression on the road.

The ex-works rally cars by this stage were in private ownership and prominent on Irish rallying.

Austin McHale, Andrew Nesbitt, Davy Geer and Eugene Donnelly are all Irish drivers who spent more than a few seasons behind the wheel of a ‘K-AM’ registered Toyota. Even at the top flight of today’s rallying there is a Northern Ireland man in the navigator’s seat of a hybrid Toyota Yaris World Rally Car. As Aaron Johnston, from County Tyrone, is full-time navigator to Japanese driver, Takamoto Katsuta as part of Toyota’s Gazzoo Racing (GR) factory team.

This brings me to another Northern Ireland rally driver and director of Curtis Cars Toyota in Ballymena, Richard Tannahill, who entrusted me with the latest homologation road car from the Japanese maker we all once loved. It’s a road car that is more like the rally car it is trying to be than we have seen from any manufacturer for probably two decades. A car that is designed and built by Gazoo Racing to fulfil specifically, the needs of car enthusiasts around the globe. A car that pays true homage to racing pedigree, and a car which would make its homologation special relatives from the 80s and 90s very, very proud indeed.

The latest Toyota Yaris, priced from £20k, has only been available as a 5-door city car for a handful of years now, so it would have been very simple for Toyota to tart up a decent trim level of their car, adjust the price accordingly, and hey presto you have a homologation car as far as a simple paperwork exercise goes.

However, the World Rally Car has always been 3-door. As such, Gazoo Racing wanted to design and develop a true portrayal of their masterpiece, but for the road. So all Yaris GR’s are 3-door too. The Yaris GR starts from £30,020 and features a 1.6-litre, 3-cylinder, turbocharged petrol engine, paired to a 6-speed manual gearbox which feeds adequate power all four wheels. Producing just shy of 260bhp with 360Nm of usable torque, the Yaris GR isn’t what I would call a fast car by modern-day standards. But what it is, is light [1,280kg] and nimble. It’s four-wheel-drive system able to propel it to 62mph from a standstill, in just 5.5 seconds, with a top speed of 142mph.

It is that point-to-point chassis agility and haste low-down which makes it feel like a fast car, more so on roads that don’t resemble the playing surface of a billiards table. The 225/40/18 Michelin PS4’s that are wrapped around the super-light BBS alloy wheels grip the road better than a toddler with separation anxiety to their mother. 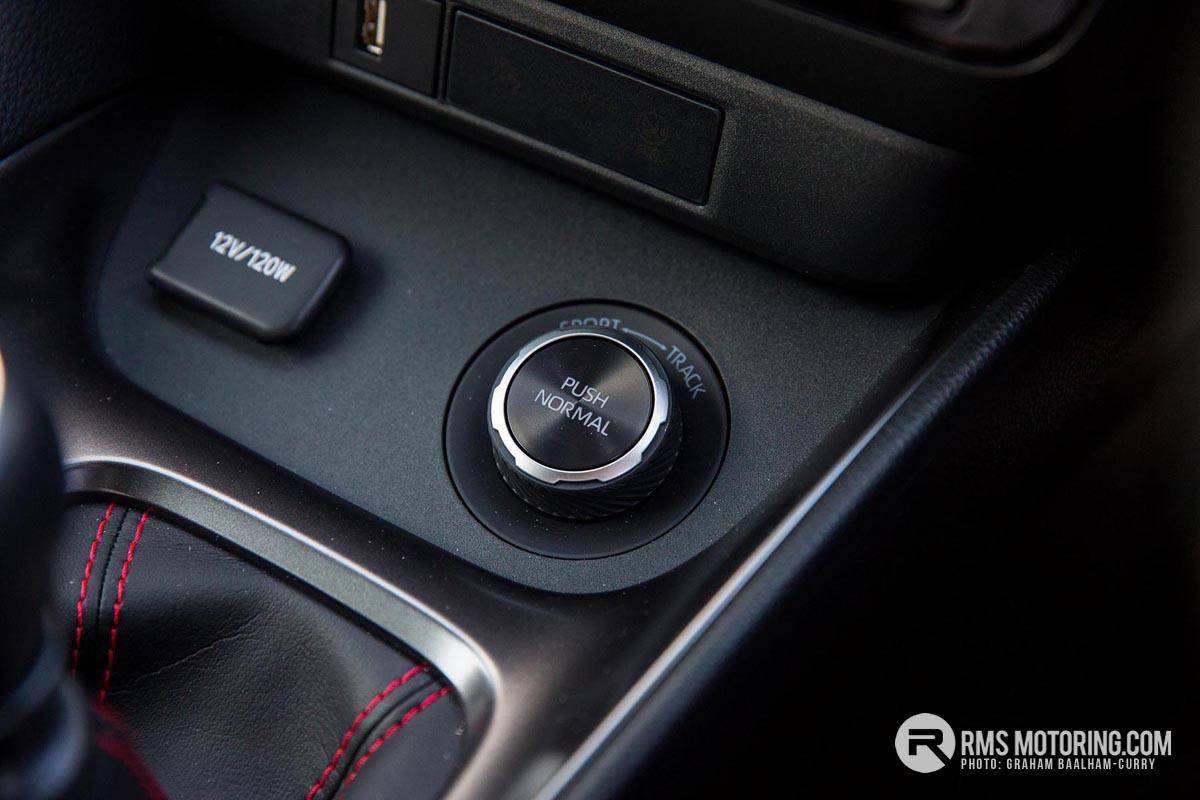 Three driving modes are selectable which alter the amount of power going to the wheels, NORMAL see’s 60% of the drive go to the front, TRACK see’s the balance set at 50:50, while SPORT is not for the faint-hearted, as 70% of the drive goes to the rear.

Should you opt for the Circuit Pack when ordering, you get a limited slip differential as fitted to the car tested. Having driven a few vehicles over the years with such differentials, the difference is night and day when compared to a standard open differential and is well worth the extra few quid.

The Yaris GR suspension is suitably firm for a hammering over a mountain pass, yet adequately comfortable for a motorway commute. A balance like this on a road car was almost impossible to get 20-years ago, but with the advancement of automotive and motorsport engineering, living with a GR as a daily driver, as well as weekend toy, wouldn’t be at chore. Cars fitted with the circuit pack also benefit from a thicker front anti-roll bar along with increased diameter Springs making suspension slightly stiffer and more stable at high speed. An 8-inch multimedia system linked to 6-speakers offers DAB radio, USB input, Apple CarPlay and Android Auto. This, combined of suede and leather inside, makes it a pleasant place to sit.

A forged carbon fibre roof keeps upper body weight to an absolute minimum, while engineers have spread weight from essential items around the car by bolting the battery to the centre of the boot floor. Panel weight is kept to a minimum also; the bonnet especially being feather light. Inside the Yaris GR is as cosy as you would expect for a hot hatch, the rear seating suitable for young kids on the school run, otherwise I would go as far as saying it’s probably just a two-seater. A comfortable driving position is easily achieved, with the sports seats providing huge amounts of bolster support and a surprising amount of comfort.

The rear view mirror takes up the vast majority of the windscreen, but I would say it is something you could get used to during ownership.

In chatting with the aforementioned Davy Greer about how the Toyota Yaris GR drives, I recall him commenting something along the lines of that all it needs is a cage, seats, and sticky tyres, and it’s good to rally. Testament to just how good this car actually is.

The Yaris GR is covered 3-year warranty, extendable up to 10-years should you meet the terms and conditions, whilst a 3-year paintwork and surface rust warranty comes as standard alongside a 12-year anti-corrosion and perforation warranty.