You are at:Home»Sprint»Dwanes World
By Graham Baalham-Curry on April 18, 2022
Tweet

Saturday 5th March 2022 saw the biggest date in World Motorsport finally arrive, after what seemed like an eternity. 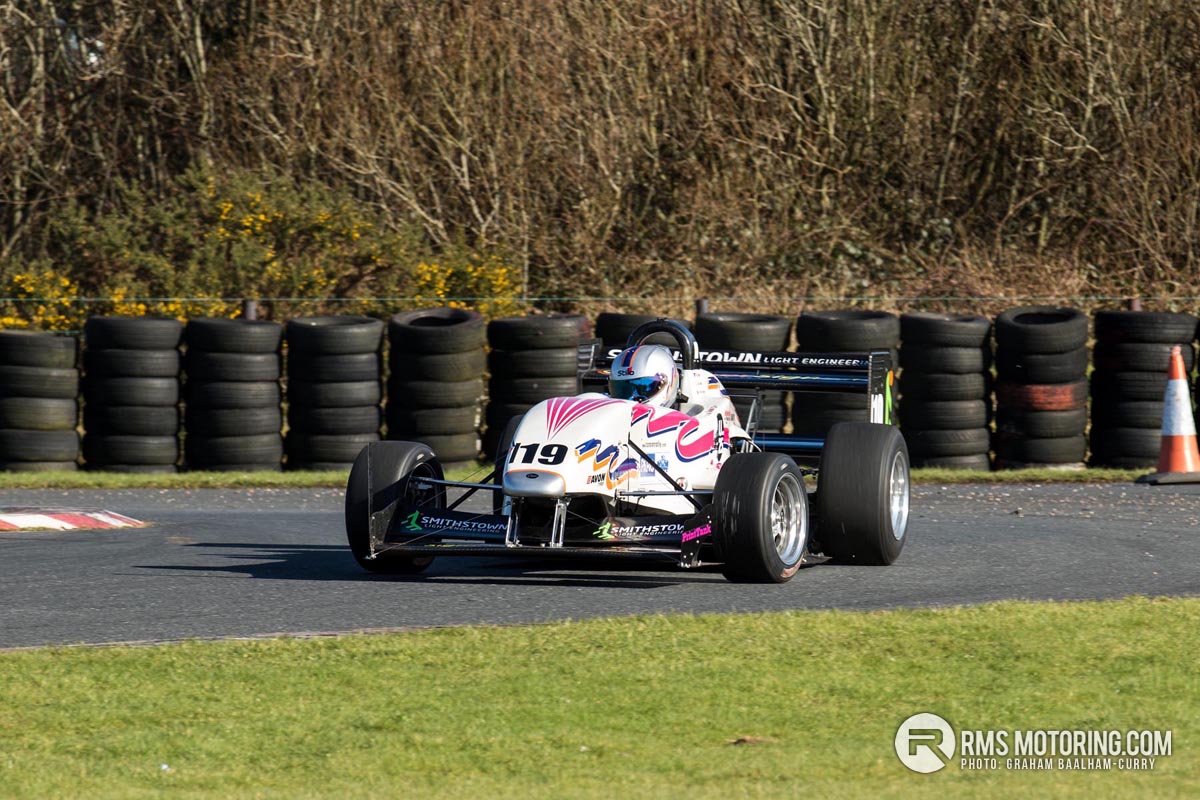 Anyone who looked down the entry list before the event started could take their pick as to who was going to win in their eyes. The whopping entry contained 2021 Champion Alan Cassells in his OMS25, Rob Dwane from Galway in a similarOMS25, Tim Woodside in a Pilbeam MP82 which has previously won this championship, John Donnelly in a Pilbeam MP62 which is a very proven package, Steven Gault in his new Dallara F301, which is a car with serious history in this championship, George Stevenson in his Force PT which also has a lot of success on the local speed scene, and then throw the Hawthorne brothers, Scott McMullan Tom Devaney, Oliver Cormican (who won this event in 2020) and numerous others into the mix . It was all shaping up to be a brilliant day!

The first practice runs were a little late at kicking off due to circumstances which were unpredictable and completely out with the control of the organising club. As usual North Ulster Car club wouldn’t be beaten and they persevered, sorting out other people’s issues to ensure that their event and this sprint went ahead and thank goodness they did, as it ended up being one of the best events I’ve attended in a long time. Hats off to North Ulster Car Club!!!

With not being used in a while, and with a very cold ambient track temperature in the morning, grip was as hard to find as cheap diesel. Sadly a few competitors found this out to their peril with the recovery vehicle being deployed on more than 1 occasion. As time and track use marched on Mr Grip made himself more readily available and the times started to tumble, as did one unfortunate competitor who sadly had an early finish after having the unfortunate view from his windscreen of sky then tarmac then sky again. Thankfully the said competitor walked away unscathed and his car is not as badly damaged as it could have been. He will return this season!! 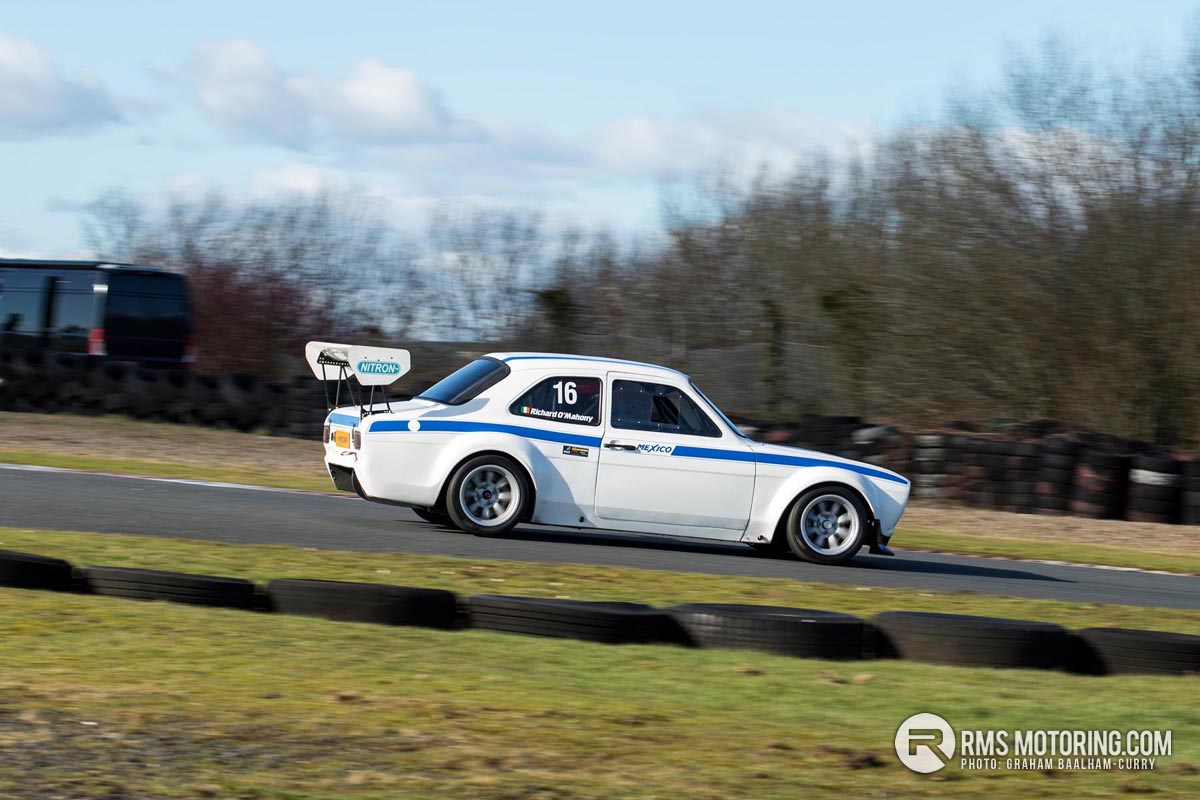 By the time the timed runs started the pace was hotting up, as was the track temperature. Robert Dwane set a blinding first run of 92.04 to go 6.69secs ahead of Tim Woodside, who was a further 1.18 ahead of defending champion Alan Cassells. George Stevenson went fourth fastest and Scott McMullan went fifth overall in his first outing in his new car. Sadly Robert Dwane hadn’t read the memo to set a fast first run and then slow down, as he went faster again on his second and then again on his third run to get his final time down to 90.5 secs which was a new class record.

It needs to be remembered that this new record was set on the first weekend in March when it was cold and the circuit was greasy, so this shows how well Robert was going. Everyone else went faster too with Alan Cassells getting down to a 95.73 sec run despite having transmission woes and Tim Woodside finished third with a best run of 94.43 which was only 0.73secs off Alans second placed time. Fourth went to Steven Gault who got down to a 98.57 on his debut day in his new car. With some more seat time and fresh new Rubber Steven will be up in amongst the top 3challenging all around him.

A special mention must go out to Scott McMullan. Scott who is no stranger to the speed scene has campaigned his father’s Luego Locost intermittently over the past 4or 5 seasons, showing a serious potential in a heavier car engine car. For this season Scott purchased himself a Reis Aero which he and his father rebuilt over the winter. They shook the car down last week and this was Scott’s first event in his new car. Despite being 400cc down on his closest competitors, the ever fast Hawthorne Twins, Scott drove the wheels off the new car and took a class win on his debut in the new car, which he is still very much learning to drive. This is no mean feat and he, like his extremely proud father had smiles like Cheshire cats at the end of the day. Well done Scott!! With Scott’s new car, the chuckle Brothers and the addition of Trevor Roberts to class 7 this season class 7 will, once again be the class to watch as the season progresses. Graham Boyce will also be hard to work with in class 7 as 4 of the top 10 overall were class 7 drivers. I predict a cracker season in class 7 in 2022 and I couldn’t at this stage predict a winner. 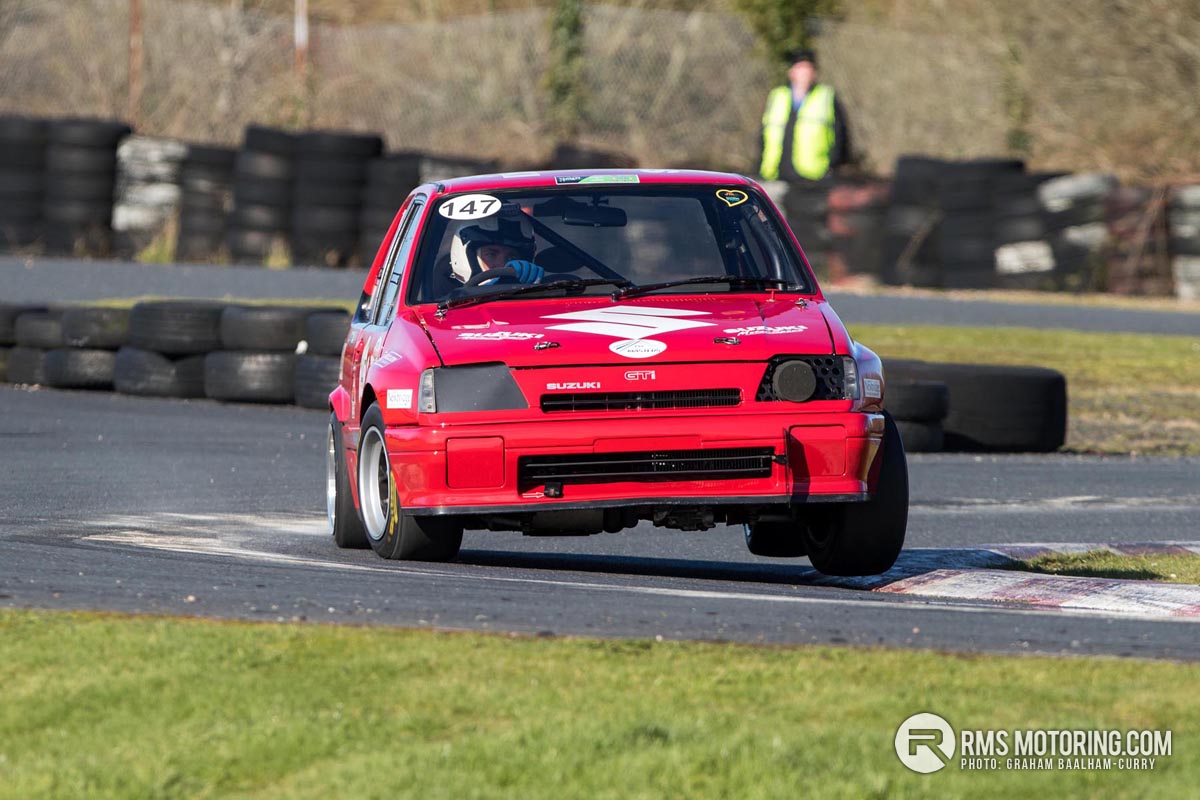 Working through the paddock there were a lot of new names and cars in the paddock which is great to see. Mike Todd and his son Nicholas made a return to the paddock for this event and Mike certainly is keen to do more events in his class 13 Mondiale. We had Gareth Blaine, Brian Little James Lightbody, Conor O`Boyle Craig Smyth Mark Smyth and Joshua Baird all making their debuts to the championship as well as the return of a few older faces who hadn’t been seen in a while such as Brian McLaughlin, Phil Robinson, Ian Howard, Rudy Tate, and Jimmy Dougan.

In terms of the categories the unofficial title of fastest mini in the west went to Karl Johnston once again. Karl is the undisputed Mini king of the west this year. Second went to Gary Milligan who finished a mere 0.43 secs behind Karl. Sadly Gerry McGarrity didn’t make the event but he will be at the next sprint on 19 March keen to retake the award for fastest mini in the west, in what some purists will tell you is the best mini in that particular challenge group!!

In the Heaslip Ladies Challenge Trophy Emma Campbell defended her 2021 title with a win ahead of Amy Hawthorne Sheryl McBride and Cathy McDadein that order. Emma had a perfect days driving and appears to have found some pace in the car over the winter. Sheryl had a slight incident during her practice run which left her confidence needing a boost, Cathy took up the family tradition of ploughing on her first timed run in her new car, which she only bought the previous week and had been unable to test, and Amy was having to adapt again to driving like a racing driver having spent the last 4 months driving her road car sensibly, with minimal revs, economical gear changes and no excessive heavy braking or cornering due to her insurance black box which all new drivers now have to use to get insurance. Due to having a new car Kathy`s conversion factor was re-set to zero for this event which badly influenced her times but now that she has 1 event under her belt her factor will drop and she will be back amongst the girls on the time sheets. Having watched this challenge on Saturday I think that this year is going to be tighter than before with every one of the ladies having the ability to win it. 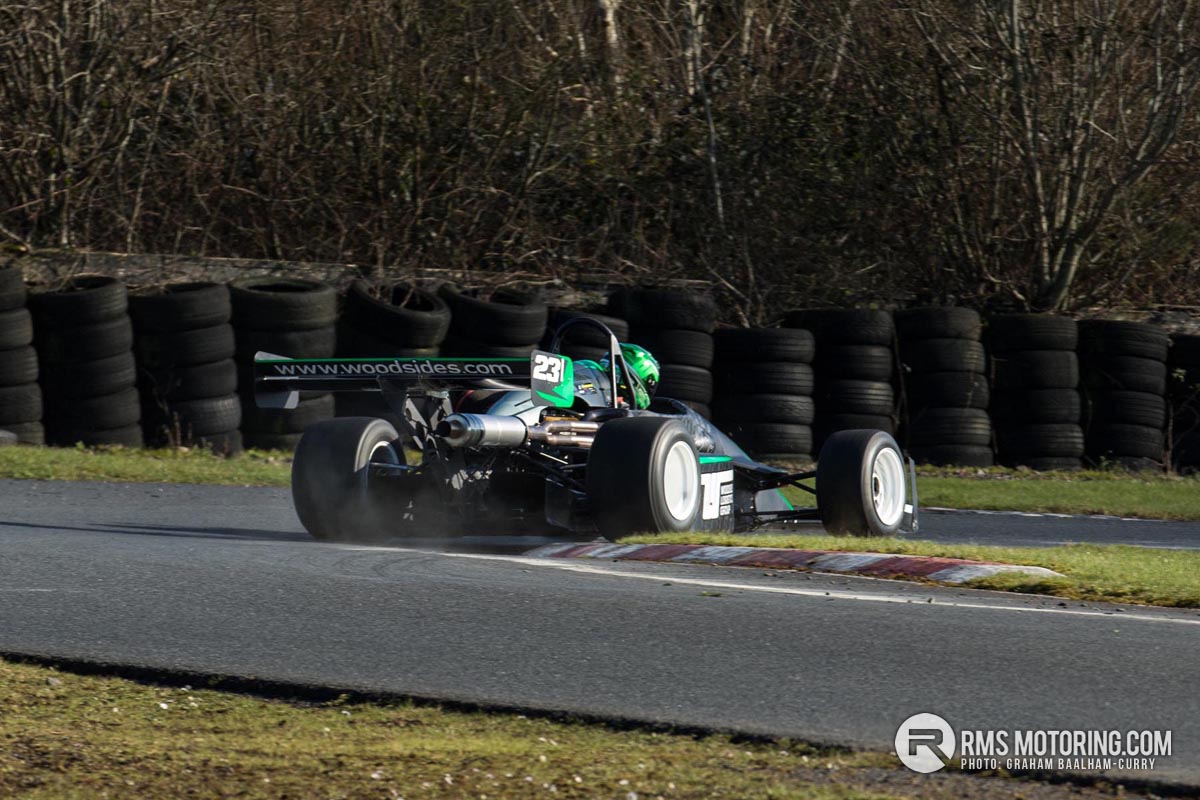 The Specialist Category proved to be tight with only 1.16 secs covering the top 4. Scott McMullan took the maximum points ahead of David and Steven Hawthorne in that order and Graham Boyce. When Jim Hutchinson returns with his RSR and Andy Hawthone and Richard Munn is all competing in this category, it’s going to be a close fought title.

In the modified Ian Lancashire took the early category win ahead of Dan Campbell but there was only 1.36 secs in it with Dan Pushing hard in his 2wd Starlet on a track with conditions better suiting a 4wd car. Third went to Ian Howard in his Maguire mini but Stephen Colbert who was fourth in modified will take the higher points haul as Ian isn’t championship registered. Stephen finished a mere 1.25secs behind Dan Campbell which was another superb drive in a rwd car on a cold track. This shows just how hard Stephen and Dan were going.

In the road going section Conor Hamill took his first category win of the year finishing just a mere1.63 secs ahead of the returning Michael Clarke in his lotus elise. After the second timed run Michael was leading the category but Conor had a superb third run to take the class and the category win. Third in road going went to Adrian Mulholland in his beautiful Escort MK2. Adrian is more of a hill climb regular but its great to see him out competing in our paddock as well. Fourth in the category went to Crawford Ewing who takes points for third as Adrian isn’t Championship registered.

The next and second round of the 2022 SW Adair Tyres Northern Ireland Sprint Championship takes place at Kirkistown on 19 March hosted by 500 MRCI. At present there is a massive entry including some very quick single seaters!! See yous all there.