You are at:Home»Track Day»Kirkistown Trackskills: Track Day Full Of Clichés
By Donal O'Neill on October 16, 2020
Tweet

“Character building!”
“Success in spite of adversity.”
“Just when you think it can’t get any worse…”
and finally
“Every cloud has a silver lining.”

All of these clichés could have been applied to our track day last Sunday 11th October.

It all started…at the start! First session, first lap, red flag. Car off in a dangerous position!

Meanwhile the cars had all formed up on the track at the start/finish line. We were almost ready to go when a mechanic from another car pointed out that there was fluid dripping from a Seat on the front row.

It was oil. The car was removed, revealing an oil slick of about three feet in diameter! Cue more time spent cleaning it up. Not helped by an errant brush (someone has the video!).

The good thing was that the leak was spotted and the driver didn’t blow his engine.

We finally got the first session run, half an hour late. 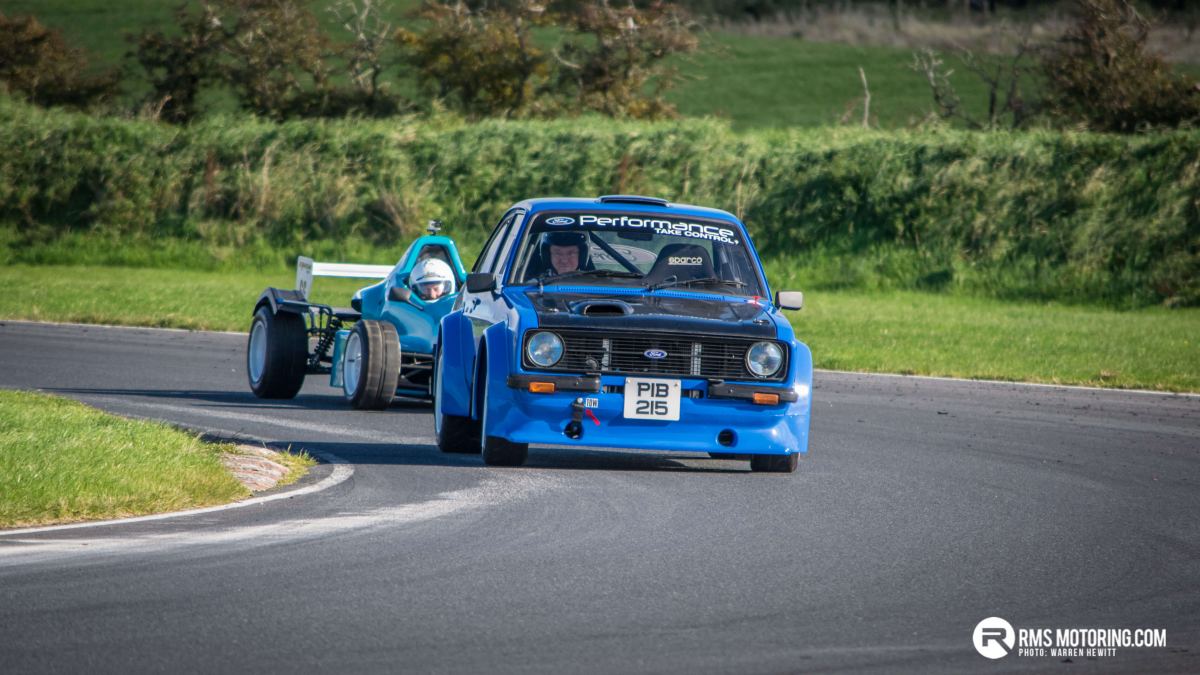 Jim McShane was a pleasure to watch in his MK2 Escort.

It was great to see Robert Harrison back in his Clio Cup car that got wrecked after a roll at an event earlier in the season.

Session 2. When the cars were leaving the pit lane to start session 2, Neil Campbell pulled out and returned his pretty Porsche Boxter to the paddock. I followed him, to find out the cause. It was a sudden lack of brakes! On inspection, we discovered a fluid leak near the rear left wheel. Better that it occurred in the queue than on the approach to Colonial One!

Another red flag! Car stopped in a dangerous position.

Session 2 restart. All good. Many eyes were on Leslie Graham’s Crazy Clio, fitted with two bike engines! He was very circumspect and took it easy, testing all the systems on the car’s first outing. After a few laps he returned to the paddock to take notes and make some adjustments, a pattern he repeated successfully throughout the day.

Neil Smyth made a welcome return in his Ginetta G27, although it was to give him problems, once again, later in the day.

Norman McNaught was going well, as usual, in Roxy, his RX8.

Neil McGeough was out in a new Atom. It was going very well. He still has the old one, which was very rapid too, in case anyone is looking for a very fast Christmas present.

We had quite a few new drivers in Session 3. Ryan Hogg was making great use of the Creative Motorsport Mini and Aaron Armstrong was enjoying himself in his Honda Civic. Philip Clarke was going well in his Nova but the front tyres were fouling on the wheel arches and he had to go home early. Philip Hughes quietly got on with it in his Renault Megane 225, which he had only purchased that week!

Glenn Stringer returned in his M.N.R. VORTX and lapped quickly, as did Arnold Gibson in his trusty yellow M3.

Eric Fulton is still getting great fun from his Stryker, which is on the market, if anyone is looking for a very reliable and enjoyable car. 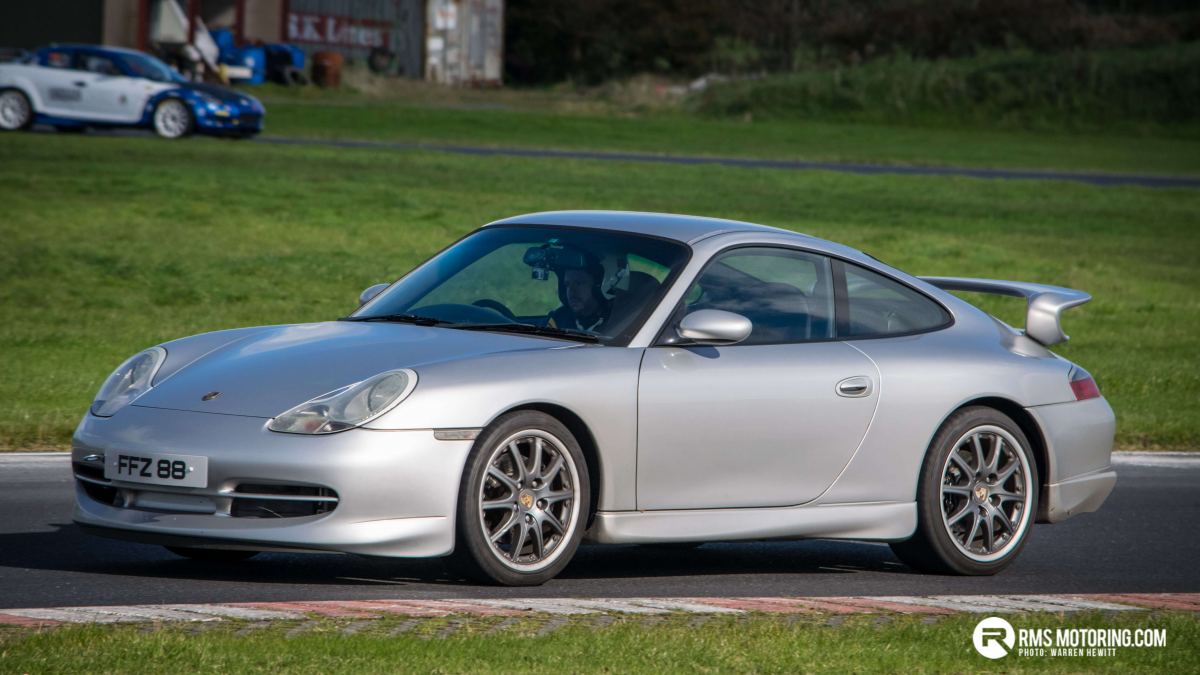 Thankfully, the day ran without further dramas until around 4:00pm, when marshals noticed smoke coming from Tony Greenan’s Lotus as it sped past. Tony was aware of something amiss and pulled in at the Crosslé Chicane. By this time there were flames coming from the engine compartment. Tony got out. He had a Fire Safety Stick, which is a wonderful device, but he did not know how to use it! Meanwhile, the marshal at the corner arrived quickly and hit the flames with an extinguisher, putting out the fire. The Elise was saved!

It turned out that an oil pipe had been damaged, allowing oil to reach the hot parts and to become ignited. Luck was on Tony’s side from a number of aspects. Firstly, he was aware of some sort of problem. Secondly, he was able to stop the car and get out safely and thirdly, the marshal was able to douse the flames quickly.

Unfortunately, there was a reaction between the extinguisher contents and the oil, causing an extremely slippery glar on the track surface. Cement dust only added to the problem.

To continue running, the track had to be re-profiled with cones, to keep vehicles away from the slippery surface and out of the barriers.

The day continued without further drama and ran right up to 6:00pm.

There was a further development, following the Elise fire. On the following day there was a major motorcycle track day scheduled and it would have been impossible for it to run with the Crosslé Chicane in its current condition. Various heads got together and an industrial cleaning company were engaged, who came out on Sunday evening and returned the circuit to a serviceable state. Well done to all involved.

As a direct result of the Elise fire, Trackskills are now retailers of the Fire Safety Stick. These devices will extinguish any vehicle fire (and other circumstances e.g boats, kitchens, electrical, etc.) quickly, efficiently and with no residual mess. They also weigh a fraction of the weight of a normal extinguisher, have a life expectancy of 10 years or more and are guaranteed for 3 years. To top it all, they are no more expensive than the traditional extinguisher. 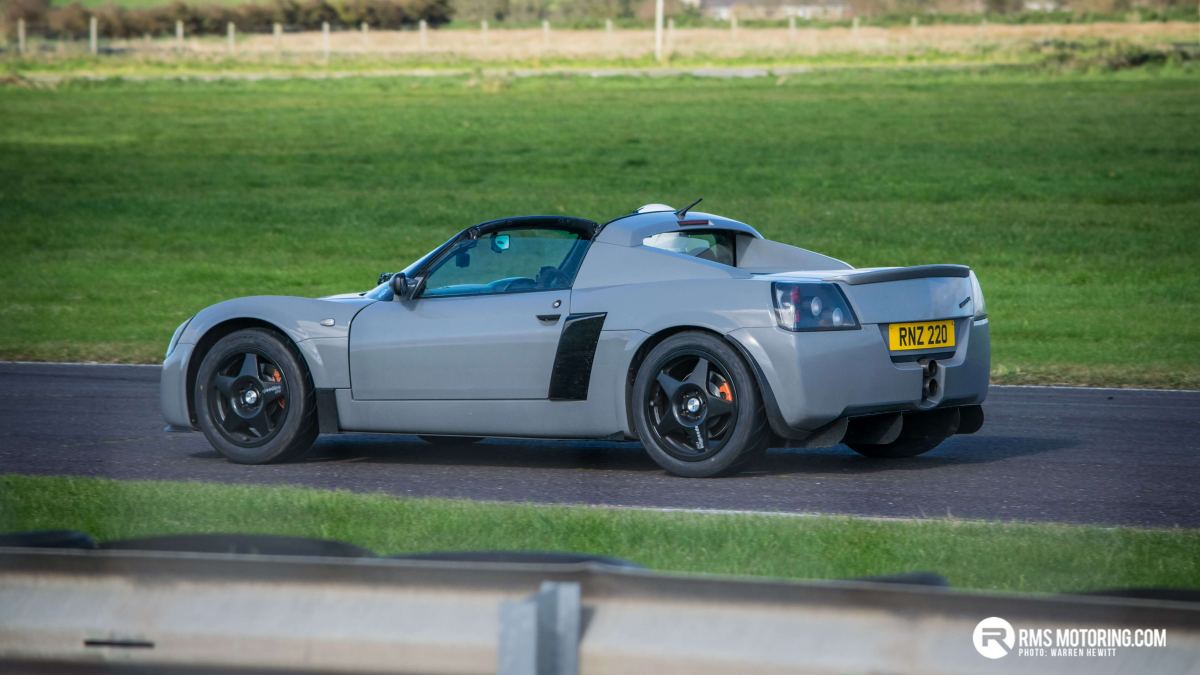 In conclusion, thanks are due to all of the marshals for their observations and quick reactions. Thanks also to the K.A.R.T.S. medical team for being on the ball, as usual. Thanks to all the drivers for their patience when needed.

Following the information released from the Folks On The Hill on Tuesday, we are still planning to run our final event on Sunday 1st November. Entries are coming in at a steady rate at www.trackskills.com.

Read More on the Forum: Show all 135 comments