You are at:Home»Track Day»Sign of Normality as Trackskills Track Days Returned to Kirkistown
By Andy Cooper on June 16, 2020
Tweet

Forget idling in line at a McDonald’s drive-through, or standing in the rain along with dozens of others to get the last inflatable spa from Homebase.  As the lockdown brought on by the coronavirus outbreak eases, the only queue you want to be in, is the pit lane at your local race circuit.

Yes, Trackskills, run by veteran competitors Keith Wray and Donal O’Neill, normally a constant in my and many other petrolhead diaries was notably absent for most of this year, was prevented from running by Covid-19 until now, when a low key email arrived signalling the return of track days to Kirkistown circuit.

Social distancing in place, no passengers, no spectators and notably no public advertising you could tell that a safe and drama free day was on the cards.   No-one wanted to be shacked up in the covid ward with a snapped drop link.  Unsurprisingly the day sold out in preorders and finally after weeks of lockdown it was a firm date in the automotive calendar to look forward to. 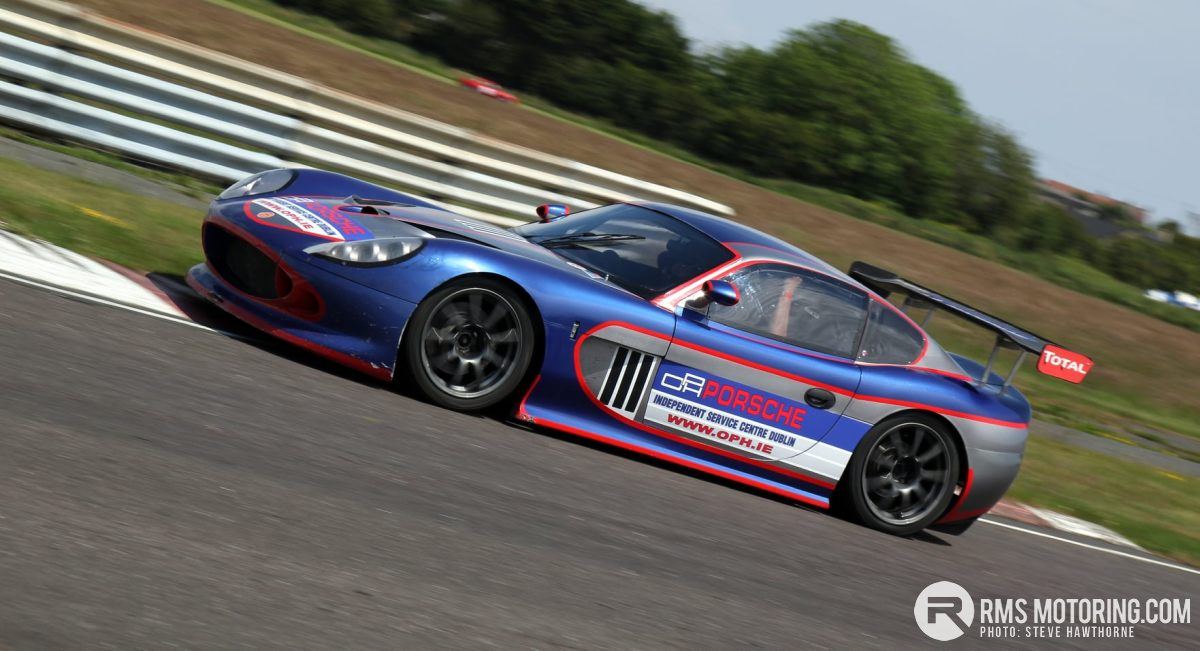 On to the day, and with prepayments all taken there was little fuss upon arrival at Kirkistown, except without the open gate policy.  Cars were well spread out over the paddock so distancing was a cinch, toilets and cafe suitably cordoned for safe access to a cowboy supper.

Out on track it was fast and flowing.  This was a regulars only day which meant etiquette was of a high standard, with significant pace with no major setbacks or holdups between groups.  Blue skies and stifling heat topped off one of the best run-what-you-brung days I’ve had here in years. 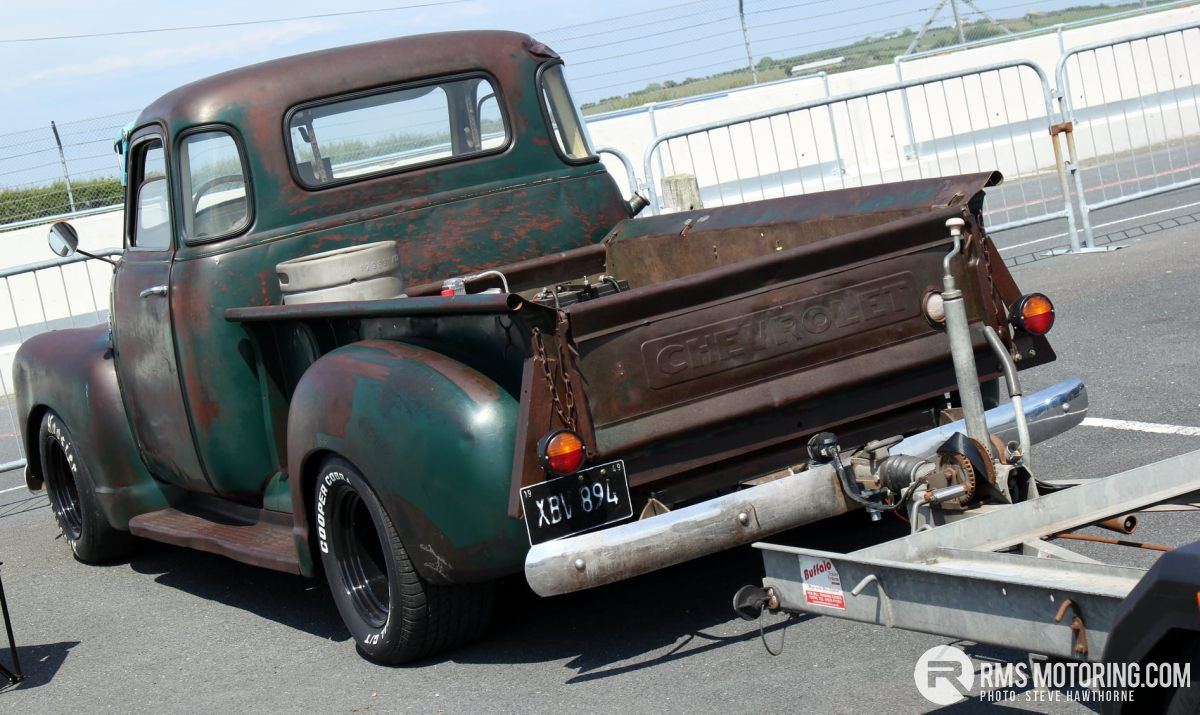 The team behind Trackskills seem to agree.  Donal O’Neill tells us more:

On late Tuesday 2nd June, Trackskills received permission from the 500 MRCI Ltd, the owners of Kirkistown, to run a closed gate track day on Sunday 14th June.  On Friday 5th June, at lunch time, we notified those who receive our free newsletter and by 5:00pm we were half full!

On Saturday 6th June we emailed those on our older mail list, about the event and by Monday evening we were full!  The idea was to have an event with no spectators and only drivers who were experienced at Trackskills’ days.  This event was going to be a tester for all future events this year.   Blessed with glorious sunshine, the day got started at Midday with a full 15 car group.  Having no new drivers, there was no need for a “Newbie” group. A queue up system operated all day, which meant lots of track time for everyone.

Arguably, the star car was Tony Greenan’s Supercharged Lotus Exige, complete with sequential gearbox.  Tony had only got the car a few days previously and this was its first taste of the track.  It was extremely quick.  There were three other well turned out Loti, Andy Cooper’s Exige, Derek McIlmoyle’s older version and “Louise”, which is Godfrey McCartney’s Elise.

A number of drivers were using this event to shake down their race cars and all were respectful of the non-competition drivers.  Father and son team, Richard and Richie O’Mahony were lapping quickly in their BMW M3.  Gavin Kilkey was only slightly slower in his less powerful 330i. Robert Harrison was getting used to his Clio Cup car, as was Paul Sheridan in his Modi-5 MX5. Michael Lynn and David Cousins were also sorting out their MX5 race cars. Another father and son team, Peter and Luke Baxter were sorting out a quick Honda Civic, while Stephen Traub was testing his ex-Stephen Potter I.T.C.C. winning Integra DC2.  Quickest of all was Connaire Finn in his Ginetta G50.

There was a great selection of Locaterfields.  Trevor Allen went well in his Westfield, while Robert Elliott lapped quickly in his Locost version.  Alistair McKee also impressed in his Locost Megablade, while Alan Morrison and Gordon Howell had great fun in their Caterham. Stephen Pollock had great runs in his Caterham 7 while Steven Robb tamed his Westfield Megabussa.  Eric Fulton had a moment, almost out-braking himself at Maguire’s Hairpin, in his Locost, but all turned out well. 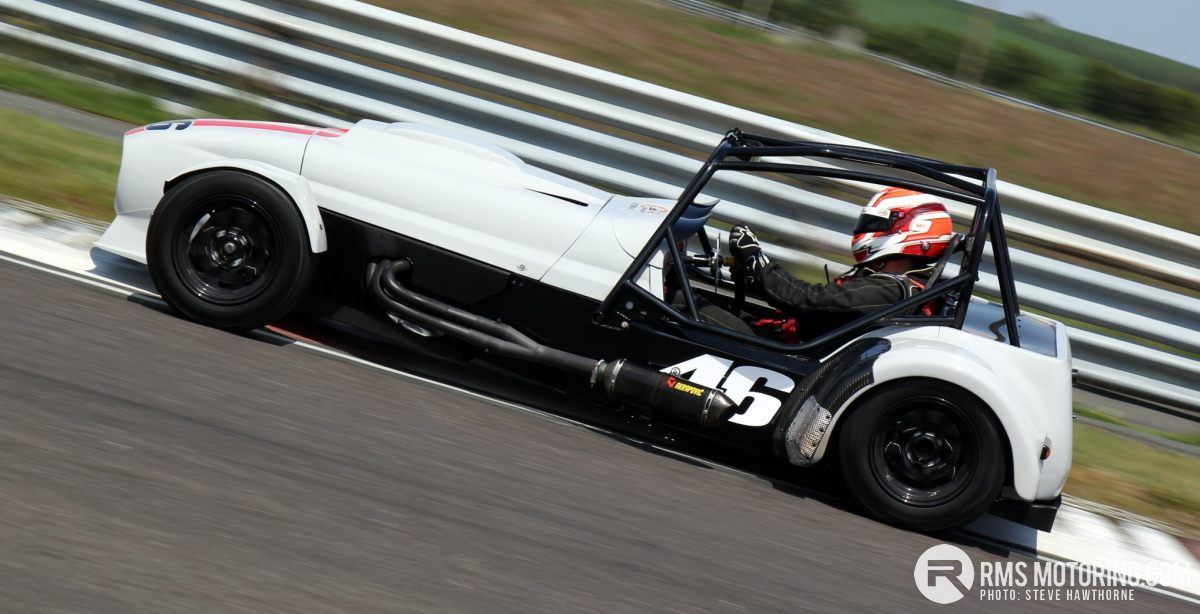 Best noise of the day went to Terry O’Neill in his Maseratti 4200.  Stephen McKnight, in his Clio 182, had a great run with Peter Henry, in his well-turned-out Peugeot 205.  There was little between the two cars.  The only big loser was Robert Erwin, whose Toyota MR2 engine went off like a grenade at Fisherman’s.  He did a great job of getting off the racing line, ensuring the resulting oil spill would not be a hazard to the other participants.

Heat told a tale on both cars and drivers.  Paul McKernon’s VX220 went into limp mode at one point, simply due to getting too warm.  Stephen McKnight’s Clio was also getting overly hot.  Connaire Finn looked like he had got out of the shower as he emerged from his Ginetta. He reported a cockpit temperature of 60º!  Even some of the Locaterfield drivers were suffering.

The feedback from participants has been amazing.  I think the sanity of many, being stretched by the Lock-Down, has been repaired somewhat.

Thanks to all who were on track.  Thanks also to the marshals and medical crew.  The next Trackskills date is on Sunday 5th July and can be booked on trackskills.com.  It will be more like our normal events, including new drivers but still no spectators.

Thanks to Steve Hawthorne for the photography.