You are at:Home»Track Day»Trackskills at Kirkistown in July
By Donal O'Neill on July 6, 2020
Tweet

Sunday 5th July saw a very successful day enjoyed by most people, with a couple of notable exceptions.  The Virgin obviously wasn’t but her heart must have been in the right place, as the track did dry quickly after each heavy shower.

With new drivers making a return, the group system was in use. Four groups were created, three for experienced drivers and one for the Newbies. Groups 2 and 4 were heavily populated with second drivers.

Neil McGreevy was one of the first on track in his Clio. He went well for most of the day until, later in the afternoon, his engine exploded while going into Maguire’s Hairpin. He did an excellent job of keeping the resulting oil slick well off the racing line.

Exception number 2 was young Matthew Harrison, who had the misfortune to be on cold slicks when the rain came on during his session. To be fair, Matthew had almost no experience of the Clio Cup car he was driving and absolutely no experience of driving on slicks on a wet track. Debtor’s bit very hard and he speared off to the right, hitting the tyre barrier side on and rolling, ending on his roof. The car was wrecked but he was unscathed. 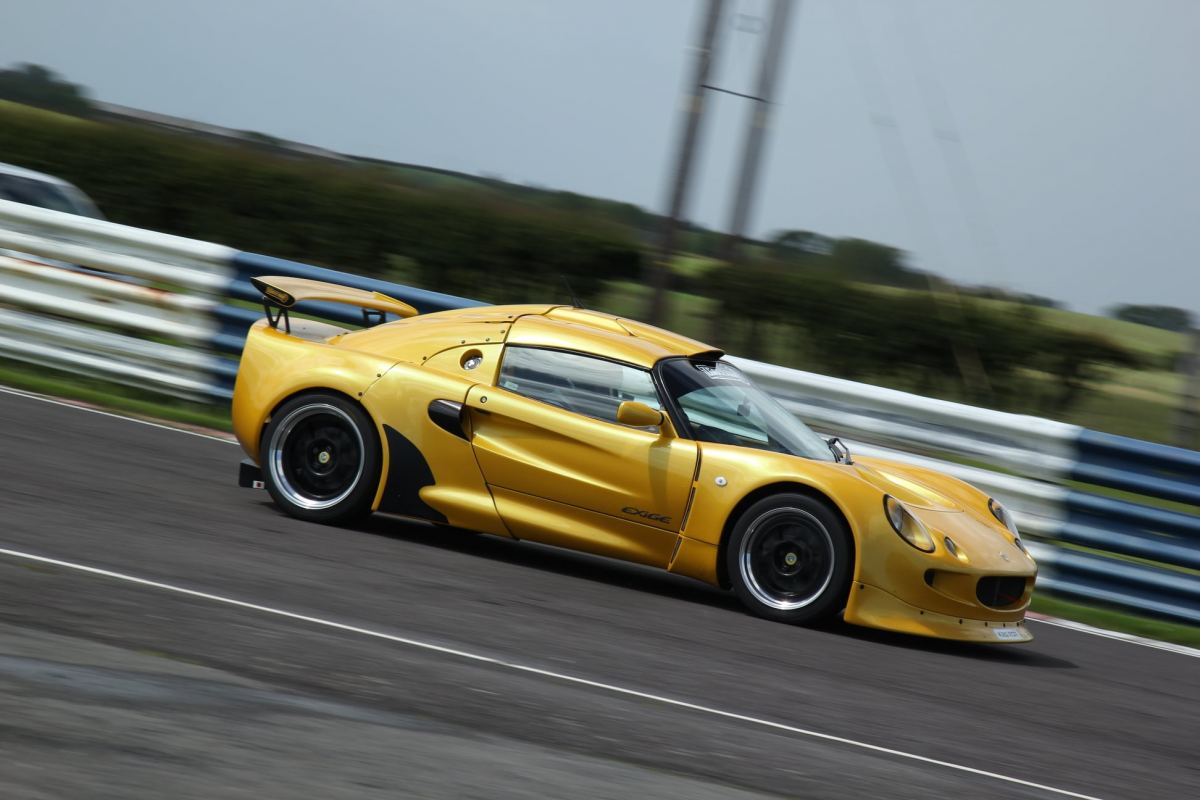 At the other end of the scale was Tony Greenan, in his supercharged Lotus Elise. His machine was flying, even though it was under geared for Kirkistown’s long straights. The only misfortune he suffered was an errant engine cover ripping off during his final run. It was retrieved undamaged, although repairs and strengthening will have to be done to the mountings.

Arnold Gibson made the trip from County Tyrone. His yellow BMW was really motoring and he dodged the showers on his slicks all day!

Less fortunate with the rain were both Alan Morrison, in a Caterham, and Neil McGeough in an Atom. It seemed as if the Rain Gods were just waiting for both of them to go on track before dumping. Neil’s car is a mighty handful in the wet and Alan was suffering with severe misting issues.

David Hughes was going well all day in his really pretty Clio 197 as was fellow newcomer, Andrew Kernoghan in his older Clio 182, until the Brake Pad Gremlins struck. Don’t want to say we told you so but…(read our Hints & Tips page on www.trackskills.com).

Another newcomer, John McMullan, wore the biggest grin. He was in a Mondeo STi and it lapped faultlessly all day.

Lorcan McMahon got endless laps in his Audi TT, as did his friends, Daniel Matthews and Ryan McKenna in MX5s.

Biggest laugh (possibly nervous) of the day came from Terry O’Neill when he removed what was left of his brake pad from his trusty Maserati 4200. Not only was there no pad left. The backing plate was melted and bowed like a banana!

Petras Medeikis had a ball in his later model Honda Civic. It was his first time and he found it even better than expected. He has already booked for August 16th.

Eric Fulton, Alastair McKee and Robert Elliott spent a lot of time on track, nose to tail, in their respective Locaterfields. It certainly looked like they were enjoying themselves.

Jim Hutcheson, an ex-record holder at Kirkistown, came out to shake down and set up his Westfield, before the race at the end of the month. He left satisfied with his progress.

I love standard looking Skylines and Adam Garlands GTR was a perfect example. A really good looking car that went like smelly stuff of a shovel. He has owned it for six years and this was the first time on track.

Norman McNaught seemed to have trouble free runs on track, although the starter solenoid on his Mazda RX8 gave him great grief in the paddock!

Thanks to Fel and her marshals for keeping us running safely, Philip and K.A.R.T.S. for the medical assurance and Tiger in the café for the sustenance.

Our next date is Sunday 16th August and it is already 25% booked. You can book now at trackskills.com