You are at:Home»Car Show»Ballymena CarFest 2012… at Ballee Playing Fields
By Graham Baalham-Curry on June 9, 2012
Tweet

Yet again the public attended the car fest in their thousands to help raise money for Macmillan Cancer Support.

The show was open to all Vintage, Classic, Modern Classic, Modified & Custom show cars and what an amazing turn out with over 550 cars and over 100 lorries in attendance not to mention the display of vintage, classic and modern tractors and bikes.

There was yet again this year an amazing display of precision stunt driving from Paul Swift and his team who definitely shook things up with incorporating a JCB digger into their routine.

Not only were the crowd on the edge of their seats watching Paul but they also had a YFC Tractor handling competition to keep them entertained.

The Rally fans attending the car fest had a one off privilege to view Colin McRae’s Safari Rally Winning Subaru which was a popular attraction on the day alongside one of the last 206 WRCs ever made as well as an ultra rare ex works Audi Quattro.

The amount raised will follow in the months to come but the Ballymena Car Fest organisers and committee would like to thank everyone who attended and for their continued support. 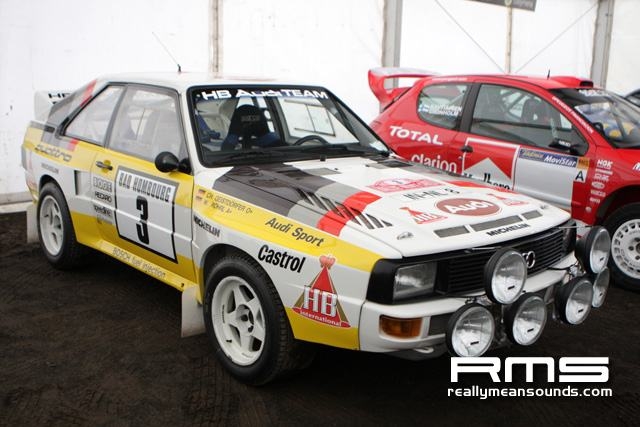