When asked to think of the seaside, many will automatically recall the over-popular Port’s of the North Coast. However for many, the seaside and a good coastal drive in particular, is one along the meandering roads of the Irish Sea – me included.

For me the perfect ‘milk run’ is not sitting in traffic trying to get between, and around, ‘The Port’s’ – but one that departs from Newtownards and hugs the western side of Strangford Lough via Whiterock and Killyleagh, before nipping across the mouth of the Lough at Strangford on the drive-on/drive-off boat to Portaferry.

From there – Ballyquintan, Kearney and Cloughy have you hugging some spectacular roads and scenery along the Irish Sea before reaching the easternmost point of mainland Ireland – Burr Point, Ballyhalbert.

From there, and going northbound, some hidden gems of the NI seaside lie in the guise of Ballywalter and Millisle beaches, with Ballymacormick Point and Ballyholme Beach usually a nice finishing point to stretch the legs before a celebratory ice cream in Bangor.  Ice cream is close enough to the milk that was the intended purpose of the drive – right? 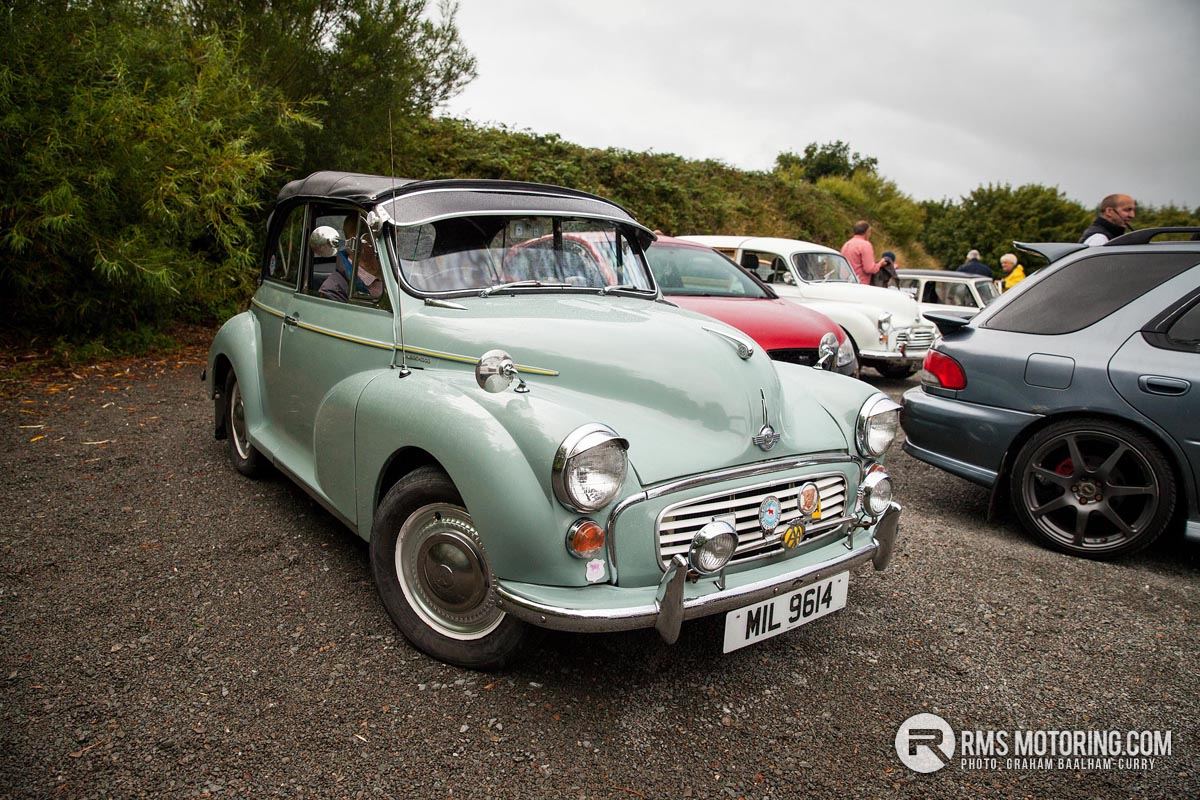 Anyway. After months of planning, which included a change of venue to suit government guidelines regarding social distancing and crowds, the event got underway. Despite a yellow weather warning being in place.  The uncertain weather had an expected impact on the number of vehicles entered compared to previous years, but not by a significant enough amount to make much of a difference to an enjoyable evenings drive.

By tradition, this car run starts and ends within the church grounds in Carrowdore. However this year, Tom Turkington’s yard on the outskirts of Ballywalter hosted the whole event.

In aid of Bowel Cancer UK, the charitable drive headed into the village of Millisle, before proceeding through Carrowdore and then onto Greyabbey.
From here the cavalcade headed down the Portaferry Road taking in what views there was of Strangford Lough, through Kircubbin, and then cutting inland to Portavogie.

Soon after, drivers picked up familiar roads from events in the past as they entered Ballyhalbert, before a scenic drive along coast of the North Channel, and though Ballywalter on its return to Turkington’s yard.

Some highlights for me participating on the evening include a prototype Wildcat 100, one of an estimated six space-framed models ever built as a development project for what became the Dakar rally cars. Running 5.0-litre V8 TVR engine, it had quite a presence at the event and gets used regularly in off-road speed competition events.

It was great to see a couple of Toyota Supra’s enjoying some fresh air and the yellow Austin Seven with its youthful occupants and their dog, put a smile on everyone’s face. Clubman motorsport was well represented with a Blue Hillman Imp, a Red Ford Escort MkII and a Silver BMW M3 all standing out. 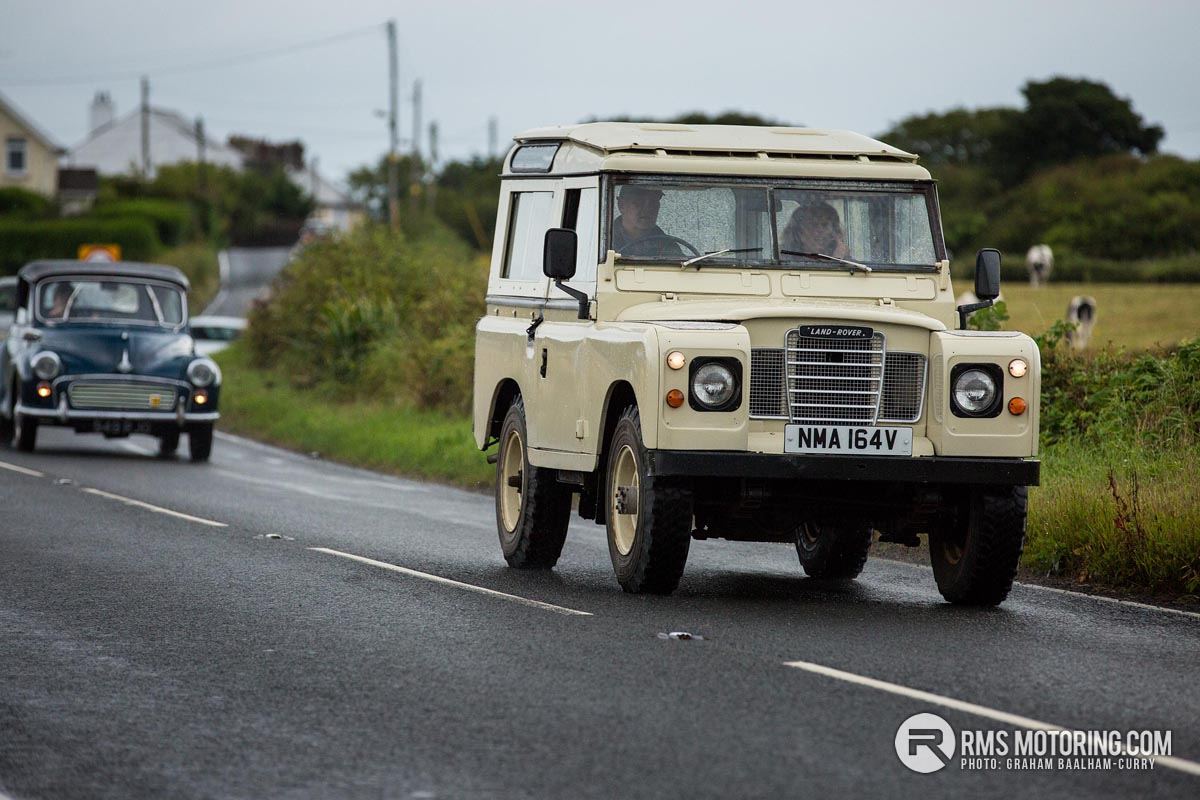 A guest appearance was made by the Northern Ireland 100th Anniversary Mini Cooper, which travelled all the way from Castlederg for the event.

Event organiser, Richard Harrison, commented, “At the minute the weather is playing havoc with the amount of cars that we have. We have had over 130 vehicles entered in past events, but it seems that tonight we will only see half of that turnout.

“Sarah Christie has been a great supporter of this event from the start and when she approached us to see if we could raise funds for Bowel Cancer UK, a charity she works for, it seemed the perfect opportunity to be able to help.”

Richard continued, “There are just five members on the organising committee that make this event happen, and alongside an abundance of eager volunteers, we are able to marshal each and every junction along the route.

“Unfortunately we can’t have participants back to the church hall for supper this year, so we are most grateful to Eurospar Carrowdore for their kind food and water donations, enabling us to make up picnic bags handed out to everyone as they arrive.”