You are at:Home»Car Show»NEC Classic Motor Show
By Andy Cooper on November 13, 2017
Tweet

If you ever wanted to see a Cossie sell at over £100k at auction, buy a tail light for a Hillman Imp, salivate over the new Griffith and the return of TVR, or see Ant Anstead and Mike Brewer talk through a restoration on stage, well the Classic Car Show in Birmingham’s National Exhibition Centre (NEC) is for you. 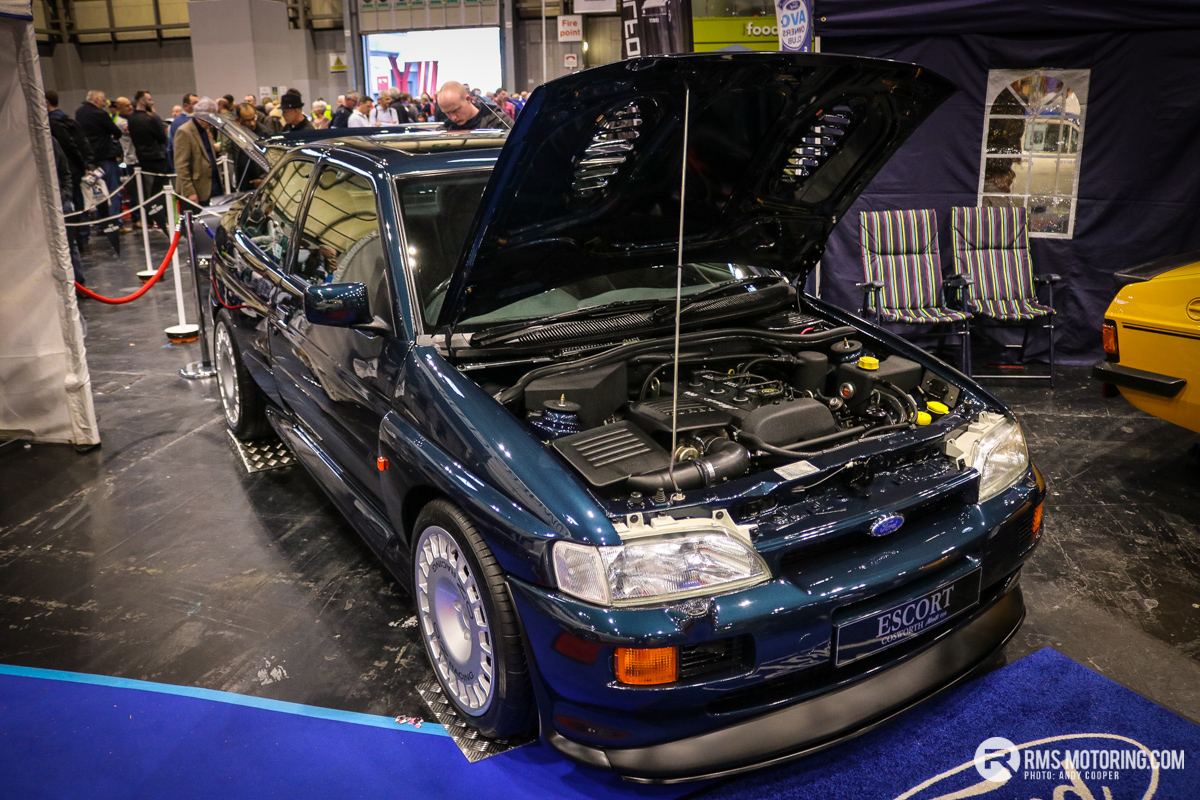 Just a 40 minute flight from Belfast, the NEC which is directly attached to Birmingham International Airport is an easy hop over to what is an enormous motoring extravaganza for all ages.  As I was boarding my flight I lost count of the groups chatting about unfinished garage projects and barn finds.  Who once had an XR3 or Opel Monza.  NI Petrolheads on the move for sure.

This was my first time at the Lancaster Insurance Classic Motor Show, to give its full title, and boy was I impressed.  Straight into hall 1 (of 6 gigantic halls), and I was greeted by the elite of Car Clubs showing the pinnacle of their members’ cars.   Rolls-Royce Enthusiasts’ Club, Aston Martin Owners Club, Bugatti Owners’ Club.  You get the picture.  Cars spanning over a century of existence, many unparalleled in rarity, condition and of course value. 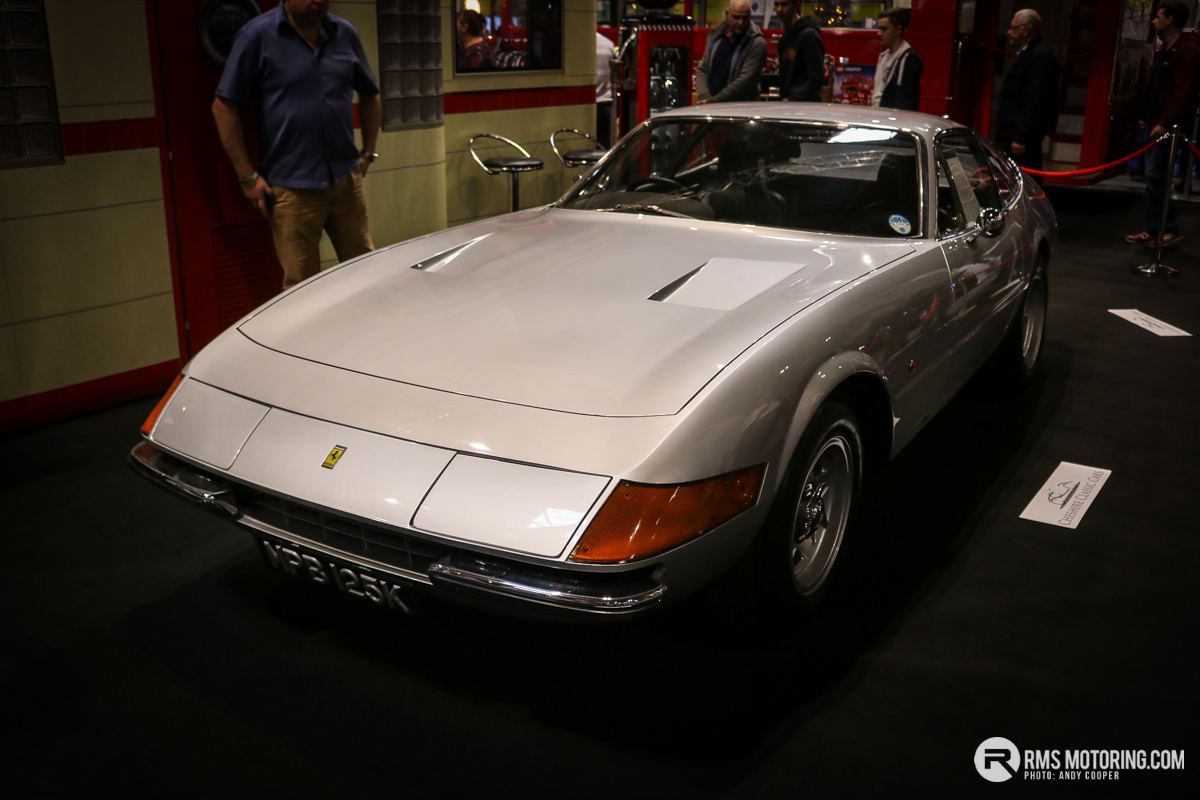 Along with the clubs is of course a healthy aftermarket and autojumble scene.  MZR caught my eye as both a restorer and tuner of the classic Datsun Coupés with stunning 240z builds on show. 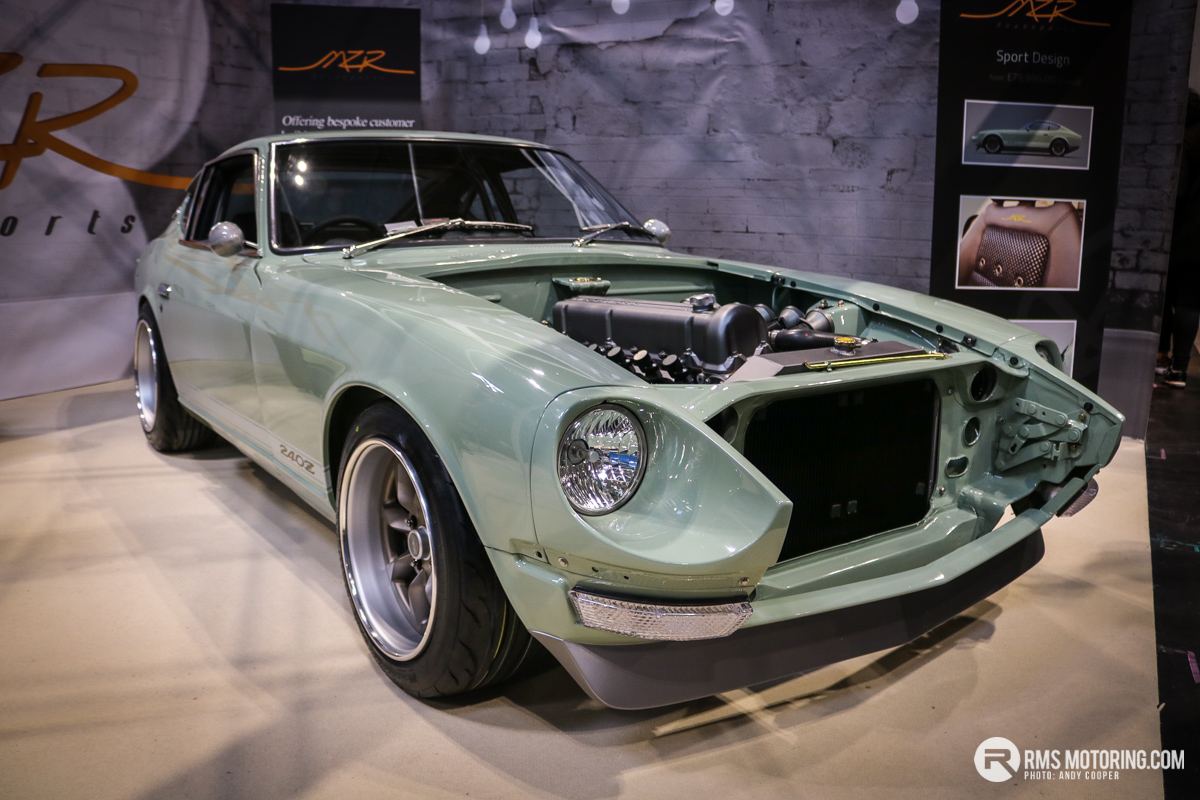 Of course it wasn’t long before my love of JDM recent classics was fully satisfied by the likes of the 300zx and Supra Owners Club. 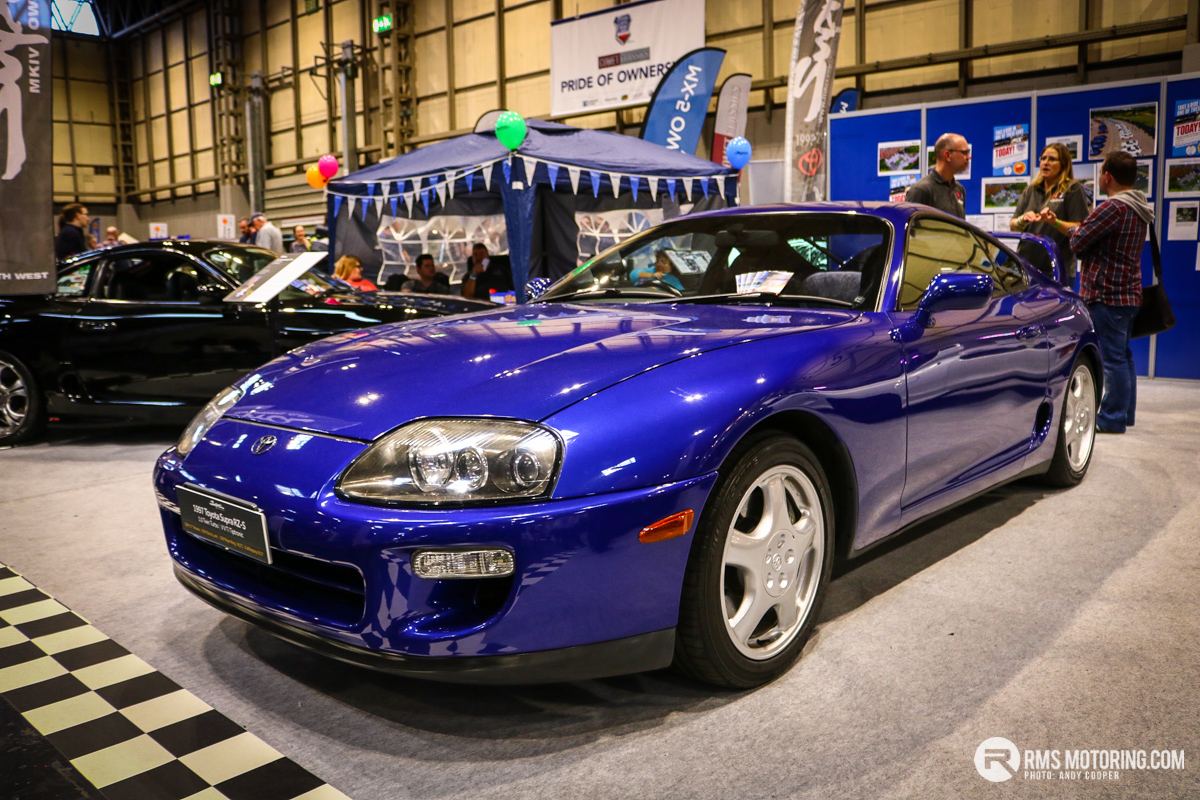 You could even get a run out on the roads on some of these stunning icons.  Bid a few quid and you could have been cruising the M6 (as a passenger) in the likes of this Renault 5 Turbo 2, like it was the early 80s. 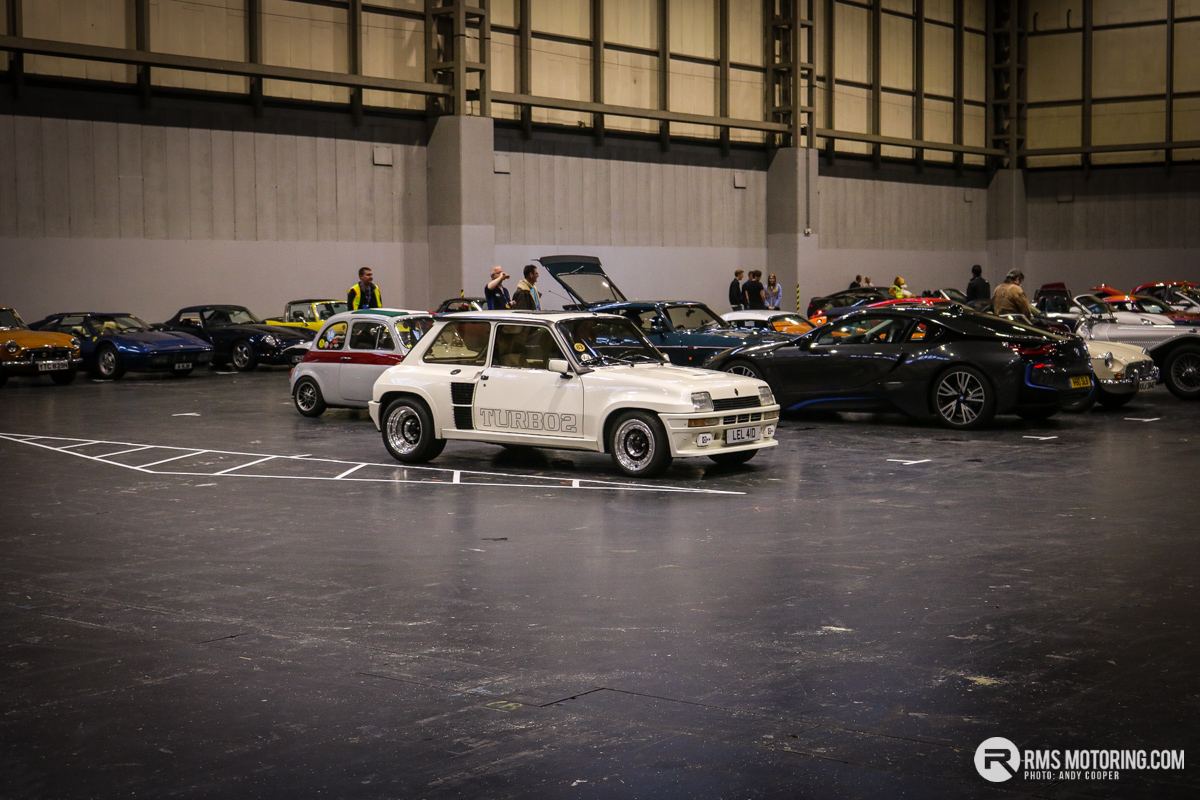 Silverstone Auctions were on site with over 100 cars up for grabs.  The lots were wide ranging and of extremely high standard, including a Mk2 Escort RS2000 with only 900 miles on the clock sold for £97k, and I stood watching the Sierra RS 500 Cossie below make £112,500.  Incredible. The classic enthusiast is of course well catered at the event and in one of the later halls there was an expansive collection of everything from imperial tools to long out of print workshop and Haynes Manuals. 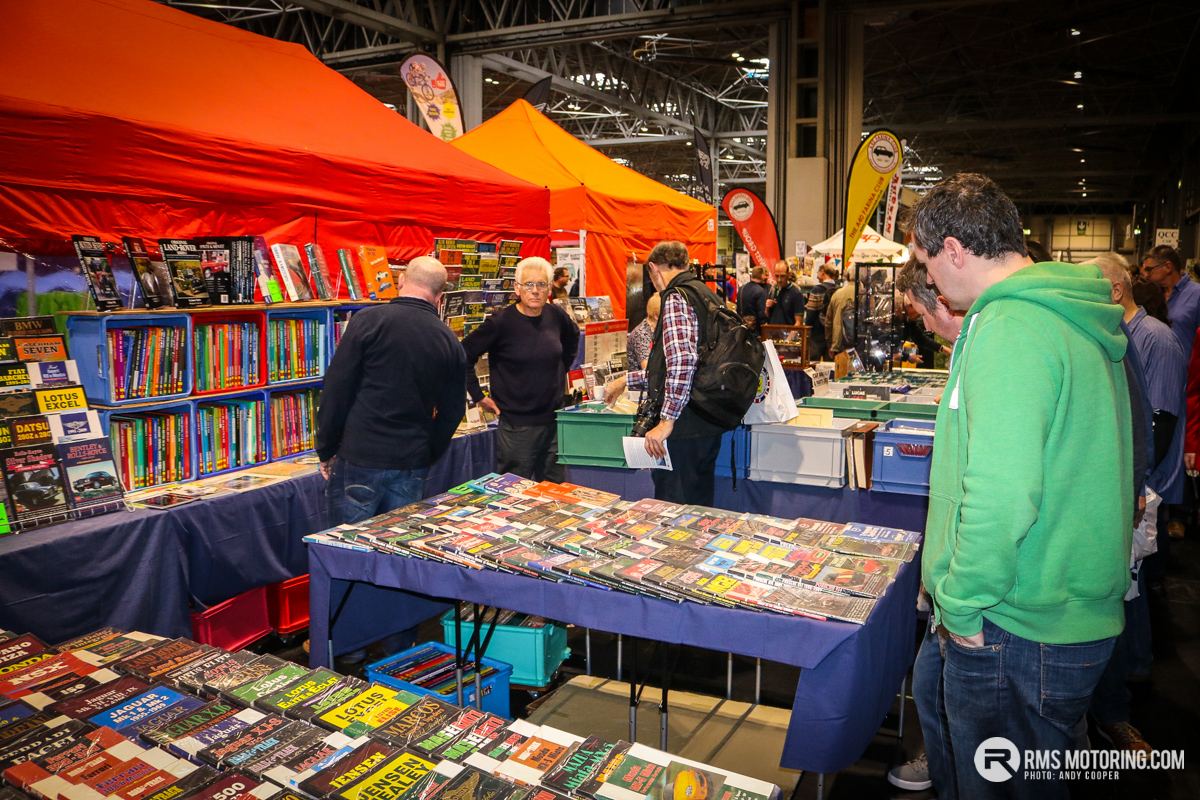 Mike Brewer and Ant Anstead were on stage promoting the new season of Wheeler Dealers and taking us through some of their builds on stage. 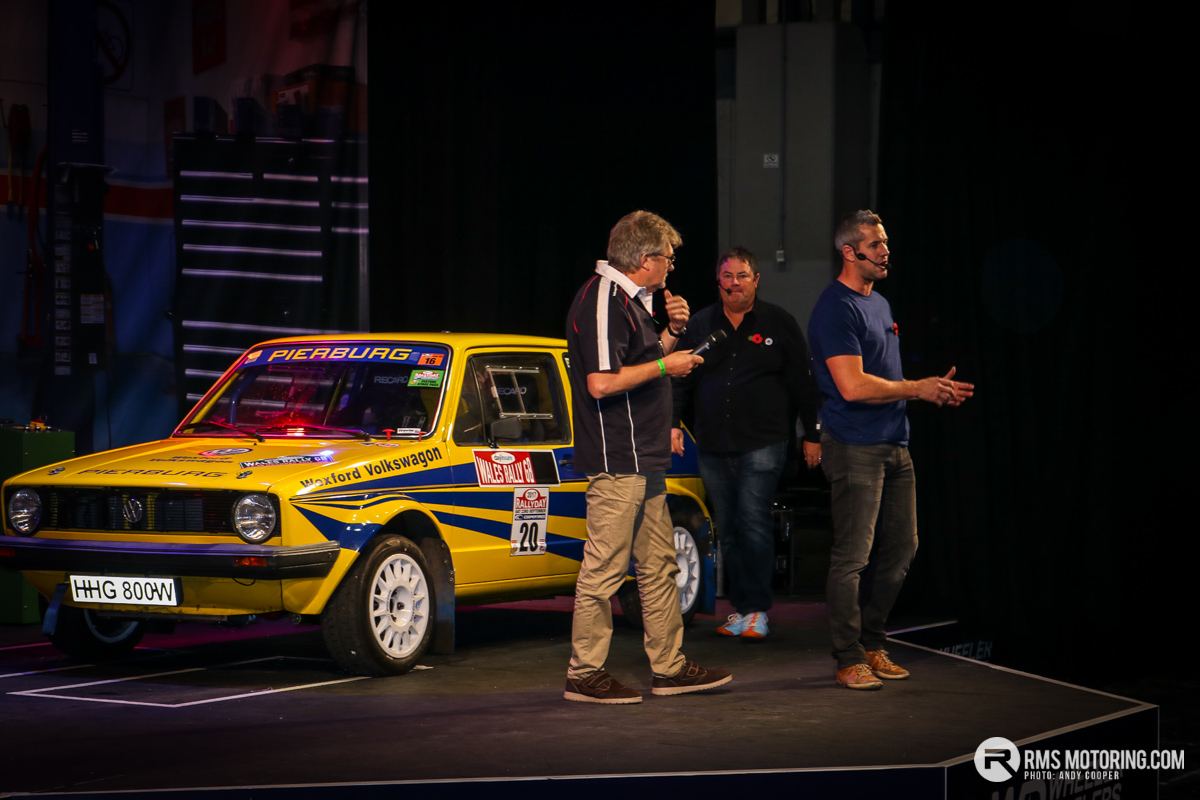 I would never have professed to be a classic enthusiast, but after visiting this year’s Classic Motor Show in the NEC I’m not so sure.  It really did appeal to all tastes, from rare to quirky and all in between it was a weekend to remember.  The show runs annually so get your flights booked!