One of Northern Ireland’s largest car shows returned bigger and better than ever for its eleventh running of the event which in recent years has been held at the Eikon Centre in Lisburn.

Held across two days at the start of April, event organisers were stepping onto what seemed like no man’s land after a forced sabbatical due to the global pandemic, and with it, uncertainty as to whether or not an event of this scale could successfully return.

“There are around 800 cars on display here today (Sunday 3 April, 2022) and we are hopeful of seeing close to 10,000 spectators through the doors,” commented one of the event organisers, Nigel Lamont.

“Yesterday was our busiest Saturday to date, and it is looking like a similar story today with a large queue of traffic stretching all the way to Lisburn, with people trying to get into the show,” continued Nigel.

It seems I was fortunate enough to get into the venue not long after lunch, as it was reported around 16:00 that heavy queues still existed and that organisers may have to delay prize-giving to allow everyone a fair chance at seeing all that was on offer.

The show has come and gone in the blink of an eye, months of stress and preparations for the organisers and show goers alike, is now nothing short of a distant memory for everyone as we sit back, dreary eyed after a long weekend, and reflect on what the team from GTi NI put together for us this year.

From very humble beginnings of running an annual car show at Castlewellan Forest Park, as well as several club meetings and track days throughout the year, GTi NI set about over a decade ago to organise an indoor car event for the Volkswagen Audi Group (VAG) car scene. 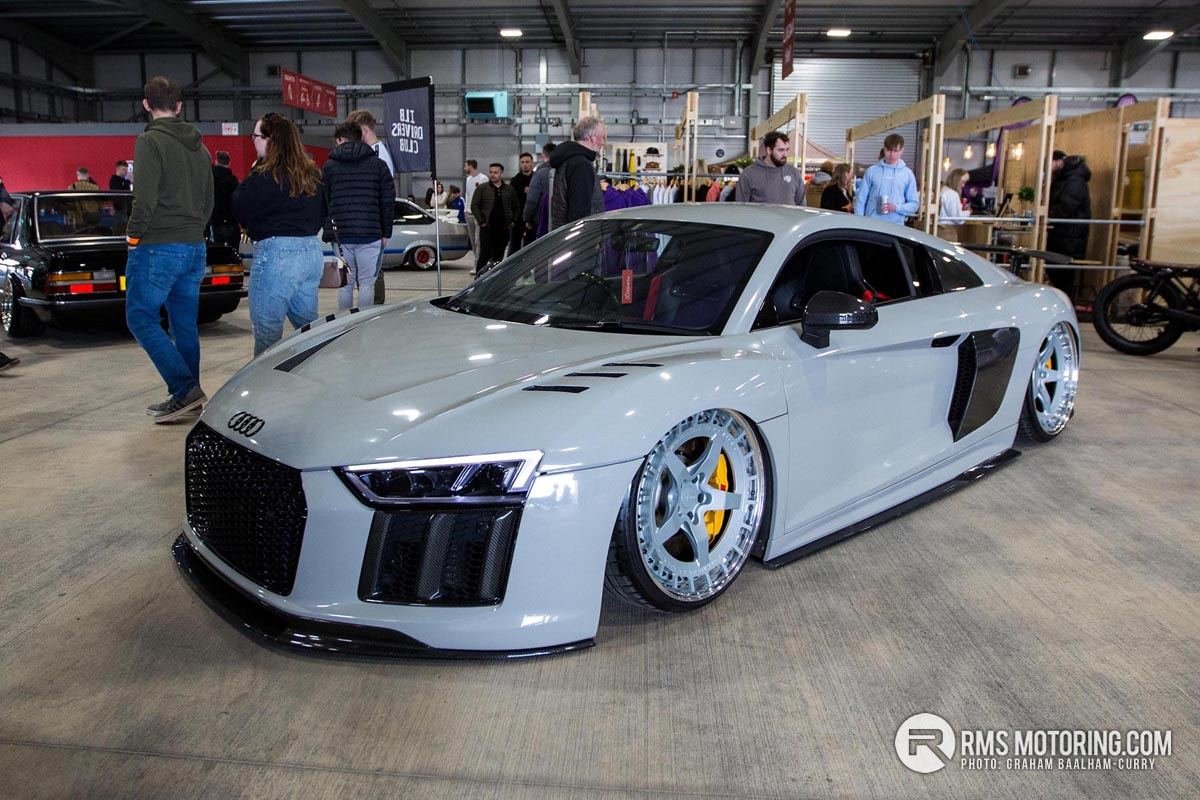 This choice of venue, at the start I would assume, came with relative ease. As back then, DubShed was held at the Kings Hall Complex in Belfast which provided space for cars and spectators, and was most certainly soaked in charm and character with its “sheds filled with dubs”.

A few years later, and with the Kings Hall site no longer being available for such events, the club were forced into making a decision on changing the venue and the hard working men and women at GTi NI had to sit down and assess where best would suit the show.

The main exhibition hall from the old Belfast site was moved to the grounds of the former Maze Prison, creating the Eikon Exhibition Centre, so this was an obvious choice and allows organisers to constantly improve and expand the show, which has been done ever since.

This of course means expectations are high, but several years in, GTi NI, have perfected the recipe. Providing a large, easy access venue, with a high standard of cars on show, and plenty of variety. No matter if young or old, you will find something that appeals to your tastes. 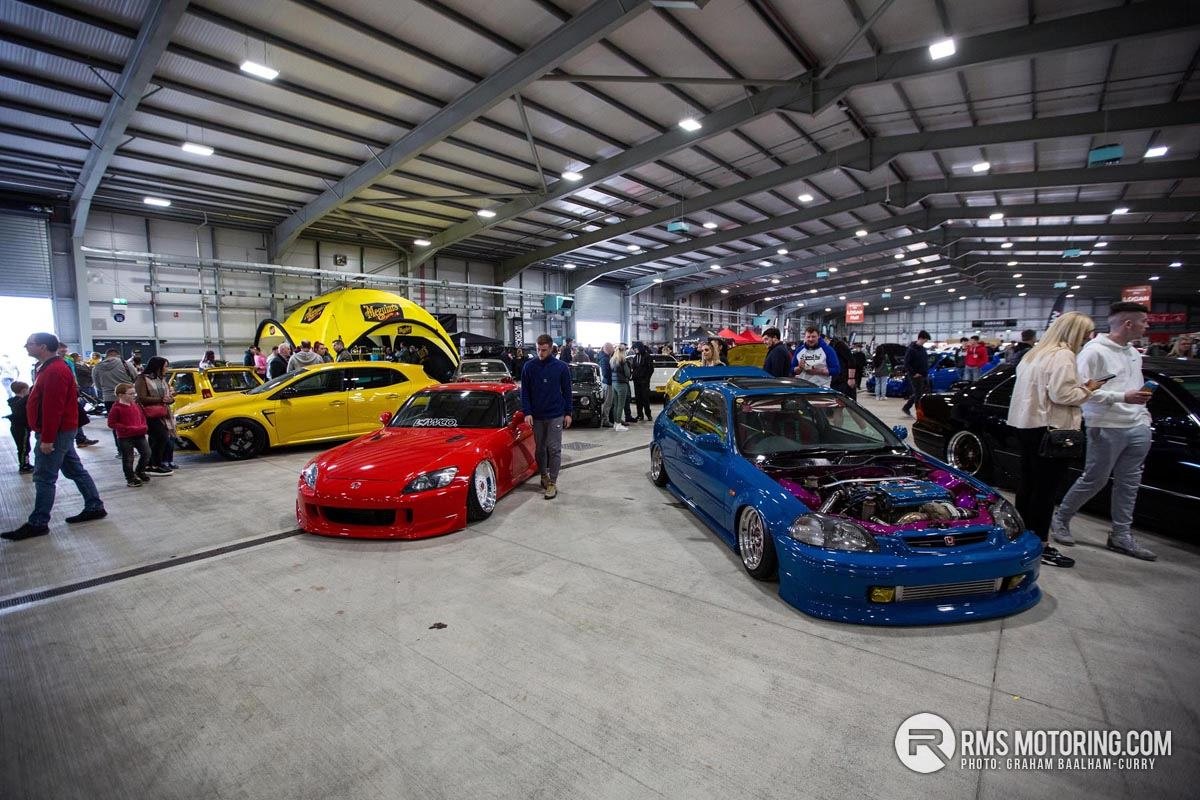 One recent addition to the show which has proved exceedingly popular, is a non-German hall which attracts an eclectic mix of mostly Japanese vehicles, along with a tasteful array of American muscle thrown in.

Monster Energy brought a Gymkhana style event outside, named ‘The Stages’, it attracted an odd-ball mix of machinery and driver who battled it out over a fast and technical track, whilst obliterating many tyres alone the way. A separate article will come soon, solely on this event.

Over the last year or two, a remote-controlled drift car arena has been placed inside the main halls, allowing spectators to become drivers, testing their skills of small car driving agility on a custom built set resembling Belfast’s docks – to the delight of many, it was here this year again. One highlight from this was photographing a Nissan R34 GT-R drifting around a scale model of ‘Nuala with the Hula’. 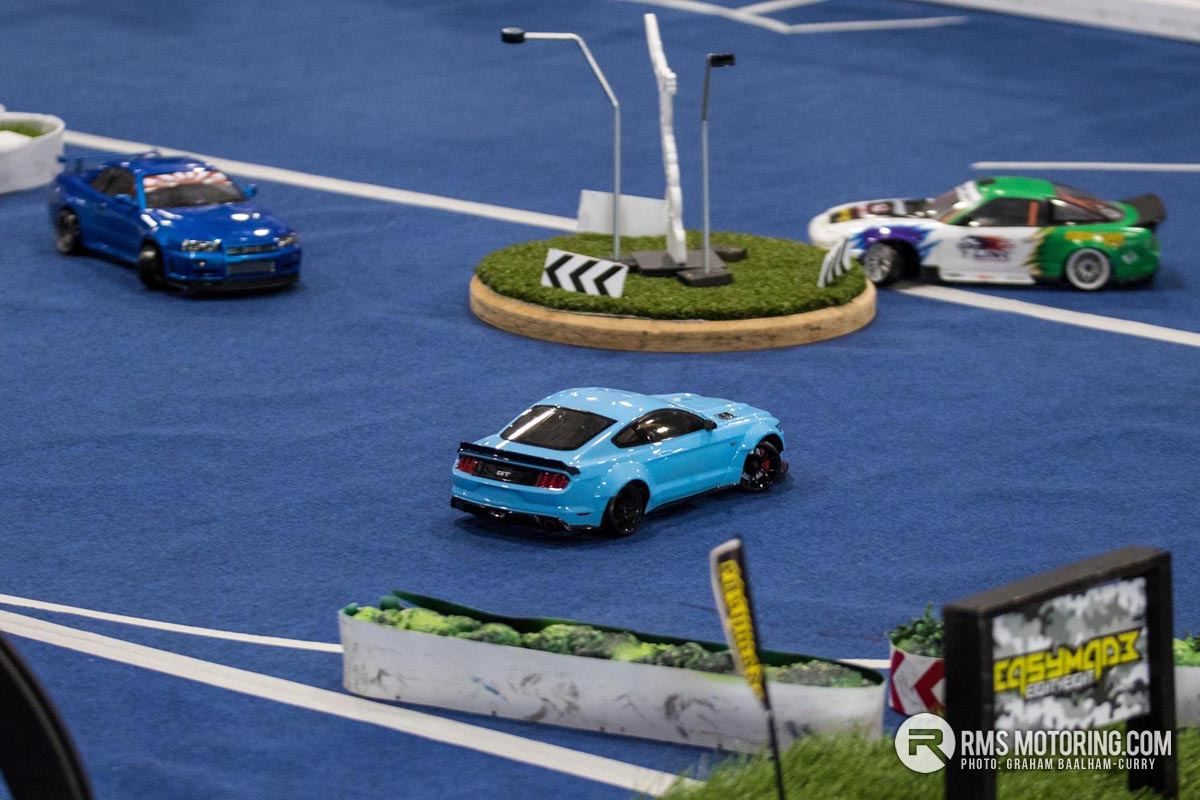 These small-wheeled vehicles didn’t get all the glory of remote controlled precision however, as an aeromodelling club positioned in an outdoor area provided the huge crowds with something most had never seen before. That is, some incredible aerobatic displays and stunt shows from award winning pilots honing their skills with planes and helicopters alike.

Onto the show itself and there’s no doubting the energy and effort expended by car owners to get their pride and joy to DubShed standards, you can almost sense and feel the tight deadlines and late nights.

Under the lights of the Eikon Centre though, everything is perfection, paint pops and sparkles, the deep dish polished wheels found on so many cars bounce shafts of light around the hangar-like venue.

The appeal of some cars can be obvious, however – some of the most interesting cars at this show were subtle and stealthy, popped bonnets revealed clean bays, wire tucks and incredible engineering feats. 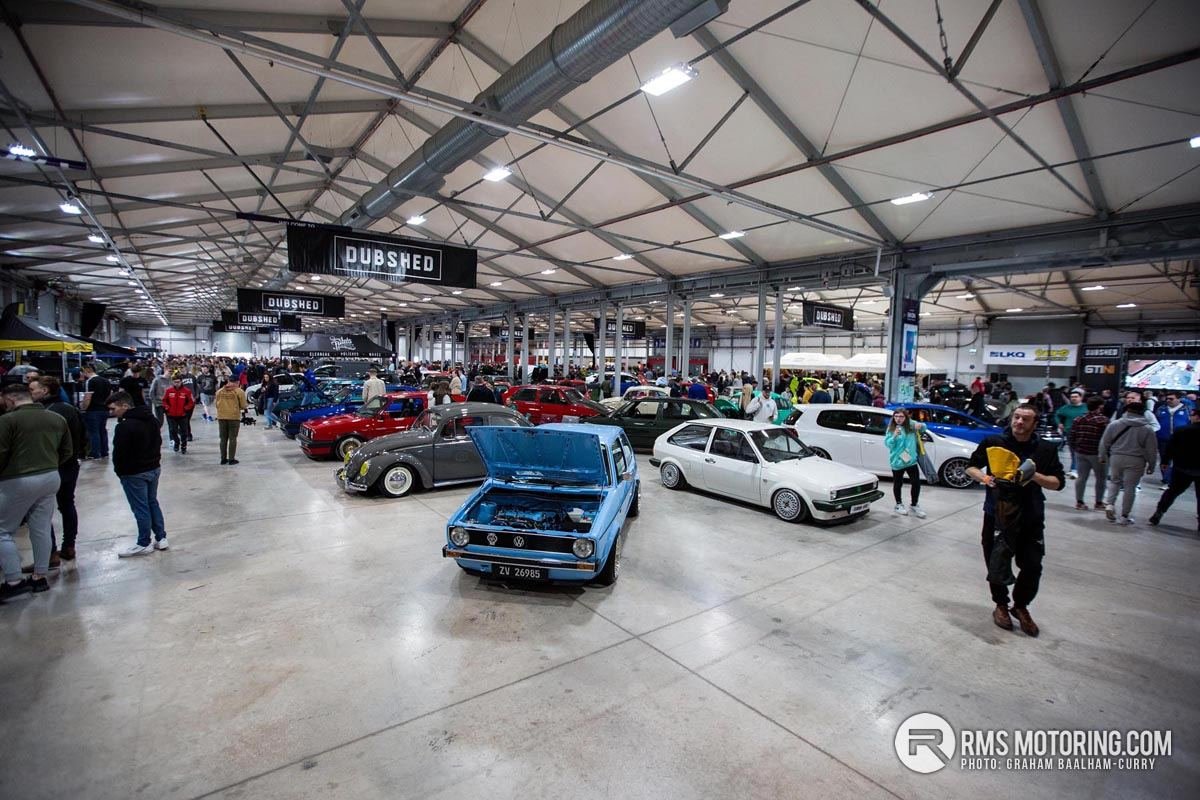 Vans, Campers and Caddy’s were also out in force; these vehicles are far removed from their utilitarian origins. Some of the Caddy’s were ridiculously clean – it’s hard to imagine that any sort of tools or cargo was ever carried in their truck beds.

It was great to see some heavily kitted vehicles in attendance. I thought the days of the ‘Max Power Brigade’ were long gone, but as someone who grew up in the car scene throughout this era, it was very refreshing to see some owners these days not wishing to conform to the norm. 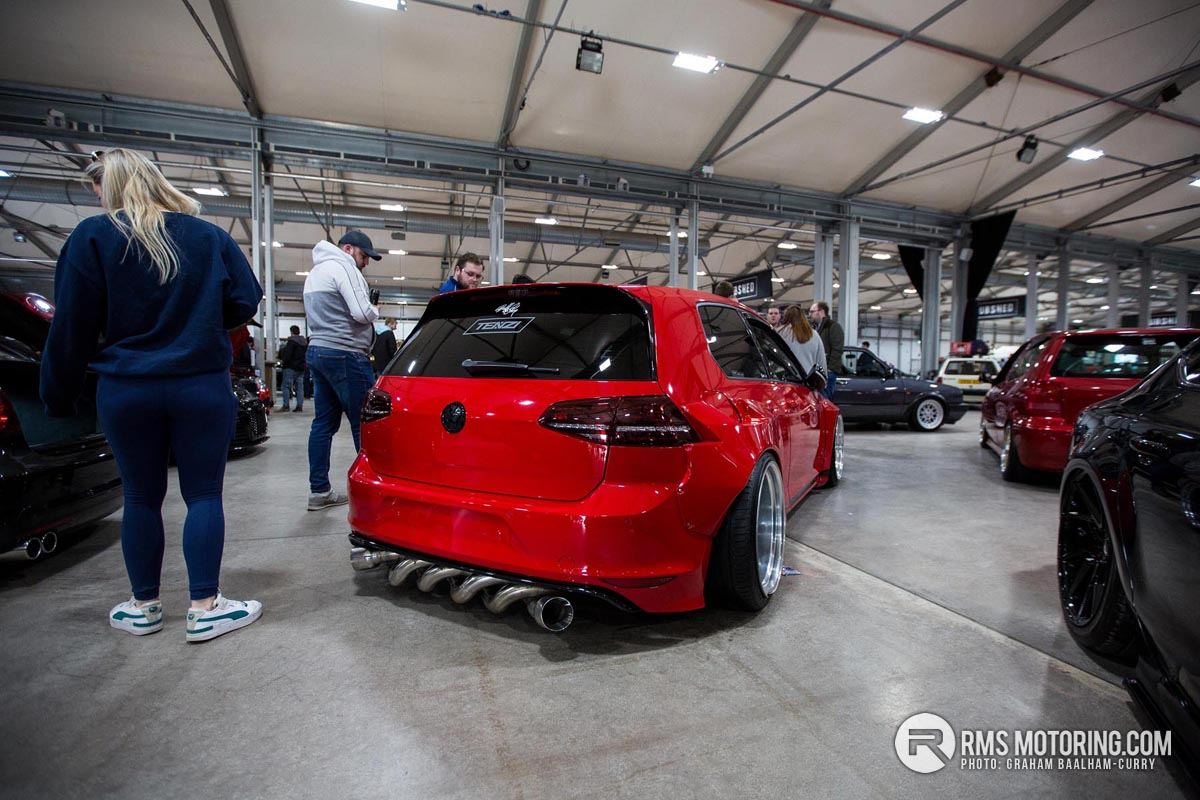 Thankfully, I think it is safe to report that DubShed 2022 was a mega success thanks to being in the careful hands of the in experienced organisers along with the unrelenting support of the car enthusiast community here, it has continued to go from strength to strength, cementing its future as not only the best car show here, but a must-do for any car enthusiast across the UK and Ireland.

Words and Photos: GRAHAM BAALHAM-CURRY
[Images must not be used in any way without prior written consent of the photographer]