You are at:Home»Feature»Fiat Barchetta – An undiscovered modern classic?
By Chris Andrews on March 31, 2017
Tweet

Fiat is an automotive monolith and Italian industrial giant. Despite manufacturing cars for over 100 years, in all shapes and forms, its image and reputation has been dogged by the legacy a range of unimaginative and wholly unreliable cars which it churned out throughout the 1980s. Every model was dull eurobox, with cheap and nasty components. A world removed from the zesty Fiats of the 60s and 70s. If you wanted a fun family car, with a raucous twin cam engine, first stop was Fiat. If you wanted a sharp handling hatchback, there was a Fiat for you. Low cost coupes or sports cars? Obviously Fiat. 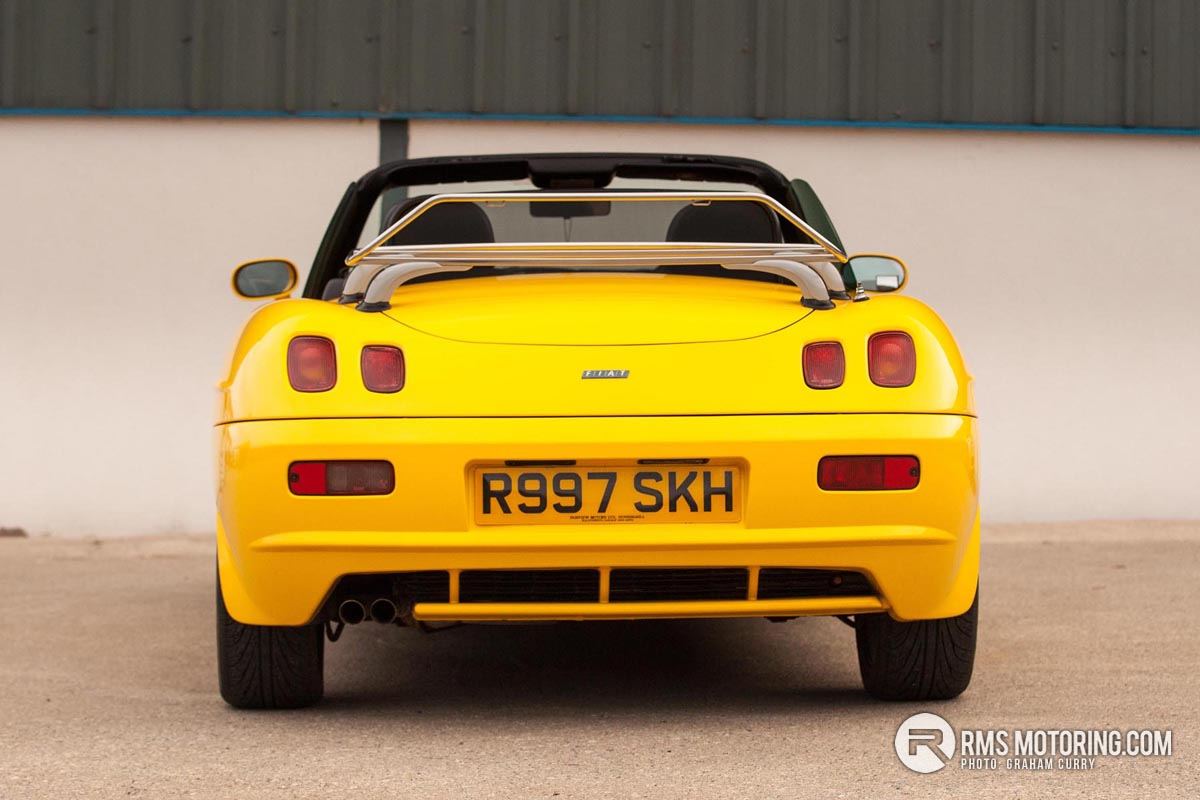 Yet somehow Fiat lost its way. We got Regattas, Tempras and Cromas. Instantly forgettable scrapheap fodder. The little Barchetta, launched in 1995, was an attempt by the Turin giant to awaken its lost sports car credentials. The design brief was simple – create a open top, lightweight, two-seater sports car, in the classic Italian style. Fiat didn’t disappoint. The new Barchetta took the best parts of modern motoring, which applying design cues from former models like the Fiat 124. 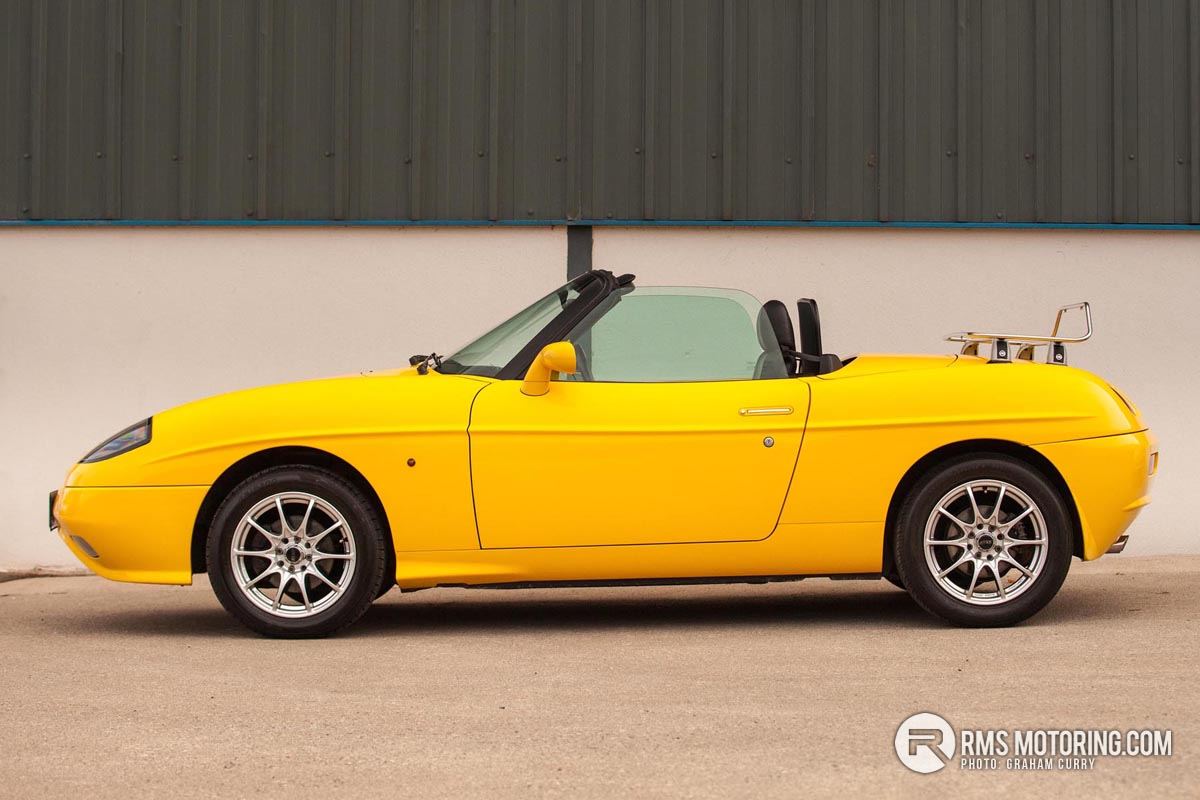 The Barchetta was offered for sale in the UK and Ireland, but was only available in left hand drive and it was relatively expensive. As a result, sales never really took off, despite a ten year production run. With only around 500 on the roads, the car remains a rare and head turning sight. So I was delighted, when stalwart RMS snapper, Graham Curry, said he knew where a rare right hand drive model lived. 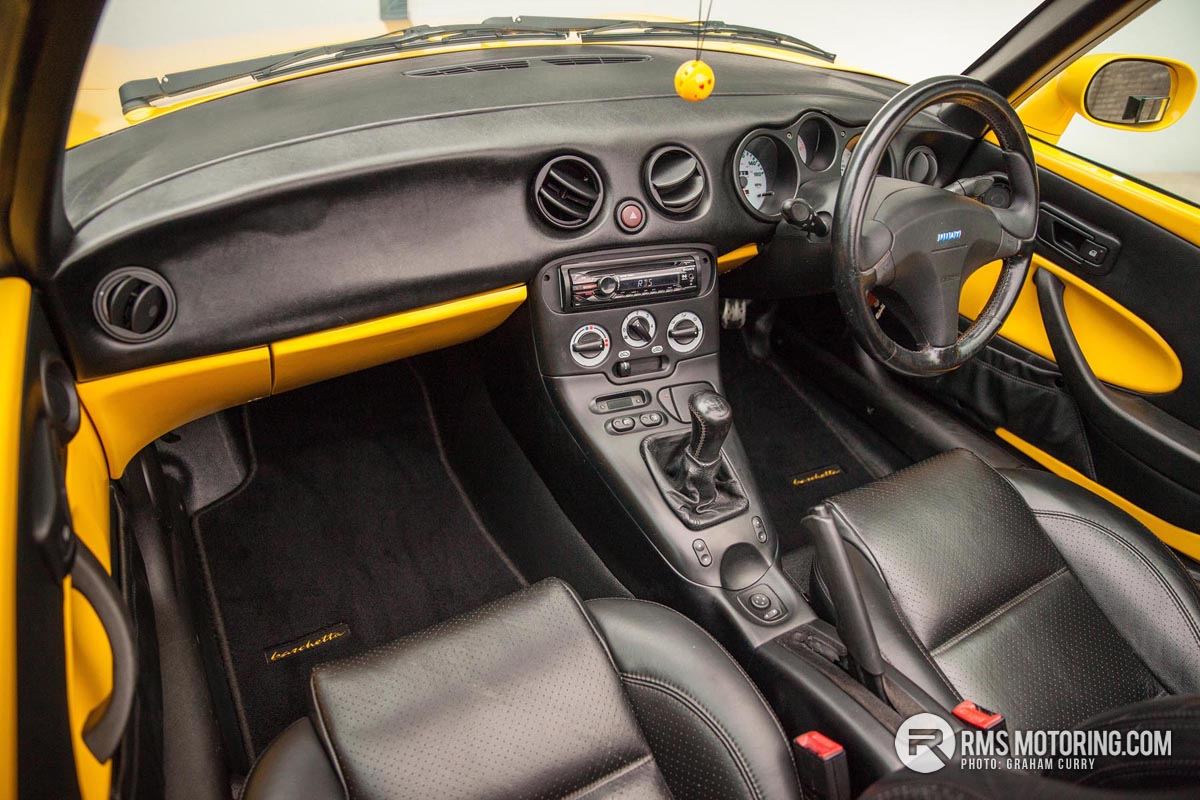 I’ve a soft spot for the Fiat Barchetta. Maybe it’s the curiosity value that appeals to me. Or maybe it’s because, despite the fix it again reputation, it’s a very solid and well engineered car. A 16-valve, twin overhead camshaft 1.8-litre VVT engine, is the heartbeat, kicking out 130bhp. Not impressive by current standards, but enough for 0-60 in 8.6 secs and a top speed north of 124 mph. But then again, the whole point of this car is tops off, point and squirt motoring. Find a twisty stretch of tarmac, get the roof down and let the raspy Italian four pot provide the soundtrack.

This particular Fiat Barchetta is one of only six right hand drive cars. This car was brought into the UK in 1998 along with the others and handed over to DTR Sportscars, a specialist based in Surrey. It cost £4,000 per car to stick the steering wheel on the other side, so the costs didn’t stack up for such a low volume car. As for the fate of the original six RHD Barchettas, two were exported, one found itself in the hands of Top Gear and the remaining three were sold to the UK public.

This Giallo Ginestra (or broom yellow) example has spent most of its life safe in the hands of the Fiat Barchetta owners club. It rolled out of the showroom with a raft of high-end extras and has only covered 59,000 miles. The cars have a niche but loyal following and have the hallmarks of a future classic.