Belfast to Host Circuit of Ireland Rally HQ for 2016

On the RMS Blog: The city of Belfast will once again be a key host for this years Circuit of Ireland Rally with organisers revealing a new home for the Circuits Rally HQ and Service Park at iconic Belfast landmark, the Kings Hall Complex, Balmoral.

Famous for its boxing showdowns, pop concerts including the Beatles in 1964 and agricultural festivals, The Kings Hall will play host to the Circuit which will be one of the last large scale events at the popular 1930s venue.

Belfast City is a key hub of the Circuit and it was important to identify a new top quality location to house our Rally Office and Village, Service Park and Media Centre and one which has easy access to all stage routes across counties Antrim and Down.

Titanic has been a fantastic site for the past two years but with further development and new infrastructure at Titanic Quarter, it was necessary to move to a differentï¿½ location to acquire the space and accommodation needed for the 1000 plus competitors and team personnel who will be based at the Service Park from 6th to 9th April.

We thoroughly enjoyed our partnership with Titanic Quarter and I would like to thank them for all their support, but equally the Circuit team is looking forward to utilising a brand new venue and especially one which has a historic connection to the Circuit of Ireland Rally.

âIndeed this is a return visit to the Kingâs Hall as the venue played host to the start of the 1971 rally when Adrian Boyd and Beatty Crawford chalked up a victory. Im sure this year it will be a fitting Last Hurrah for this much loved art deco building.

With Belfast City Councils help we aim to make our legendary event even bigger and better attracting more spectators and reaching out to potential new visitors through coverage generated by Eurosport and Discovery Channel.

âI am delighted that Belfast is again playing a key role in this years Circuit of Ireland Rally, and that the event continues to be a highlight in our cityâs calendar. (Read the Full Article Here) 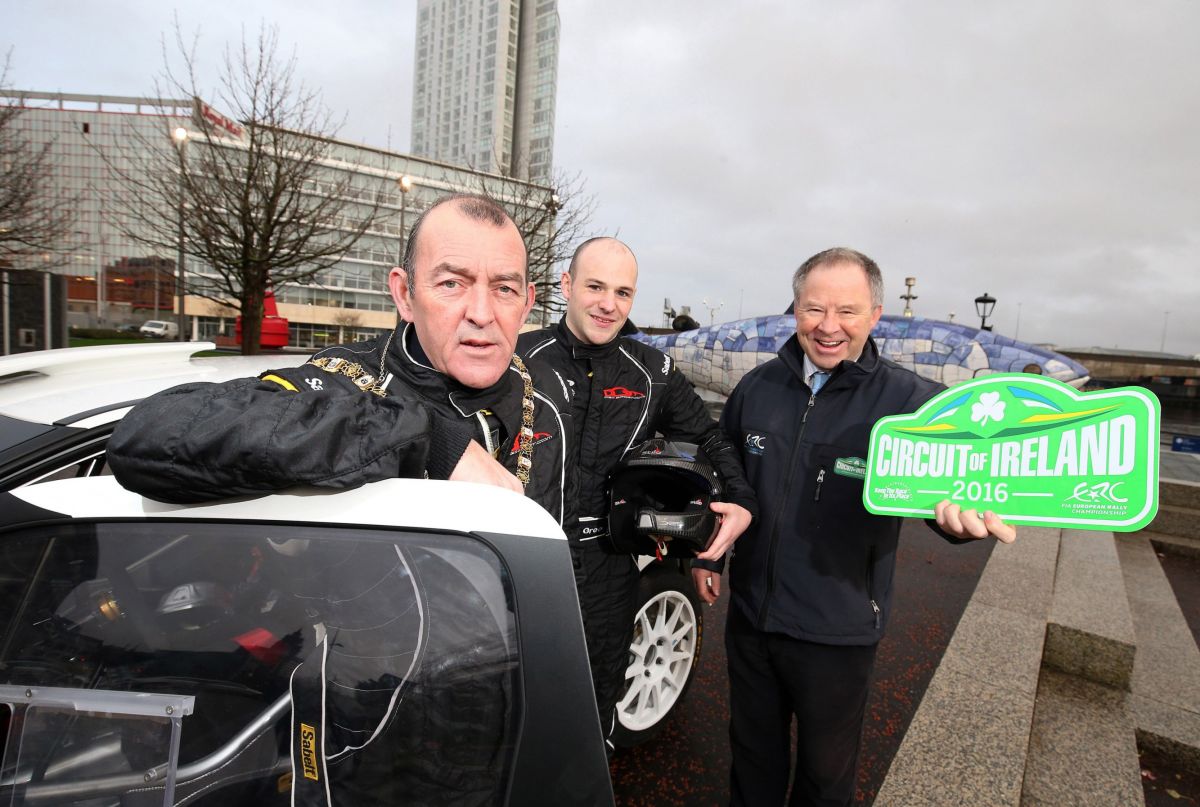 Agreed @Graham , traffic will be a nightmare, it is a good location though and probably has better facilities.

Any indication where the stages will be this year? It would be nice to see them move a day away from the high-hedge stages east of Lough Neagh and vary the terrain by spreading it out a bit over the country.

There is congestion everywhere in Belfast. I'm sure consideration is being given to keeping cars moving.....
Stage locations are somewhat limited by road mileages but I can assure you they are all excellent stages.

Anyone who is interested in marshalling, give me a shout. I'm "technical zone manager" this year so covering service, refuel, tyre fitting, regroups etc etc but happy to help you get allocated to marshal on stages if you prefer.
You must log in or register to reply here.

Circuit of Ireland Retro at Clandeboye