Comprehensively better than a Golf GTi.  It’s click bait cliche of course, but its also the slice of the hot hatch market segment that Hyundai want, deservedly so in this case.   Buy into the N brand today, maybe you’ll have a Tuscon or Kona Electric accompaniment on the drive tomorrow.

We’ve tested the i30N at launch at Kirkistown Race Circuit  back in 2018 and we loved how fun it was to drive on and off circuit.  Namyang have been busy in the interim, this the home of the N-division R&D centre, and where the ‘N’ itself comes from.  A wet clutch DCT was developed for the I30N, and for the UK market, the base model was dropped so all new cars are the 280bhp performance variant.

A two-pedal hot hatch always raises eyebrows and expectations, thankfully the auto box is well matched to the i30N’s existing talents of being an on-its-toes and matching its eager character.   Ratios keep the 2 litre turbocharged motor in the hot end of the powerband when making rapid progress, but also broadens the scope for more relaxed commuting and dealing with traffic.  This only adds to the appeal of an already well rounded hatchback, which already is maturing well thanks to other lifecycle updates. 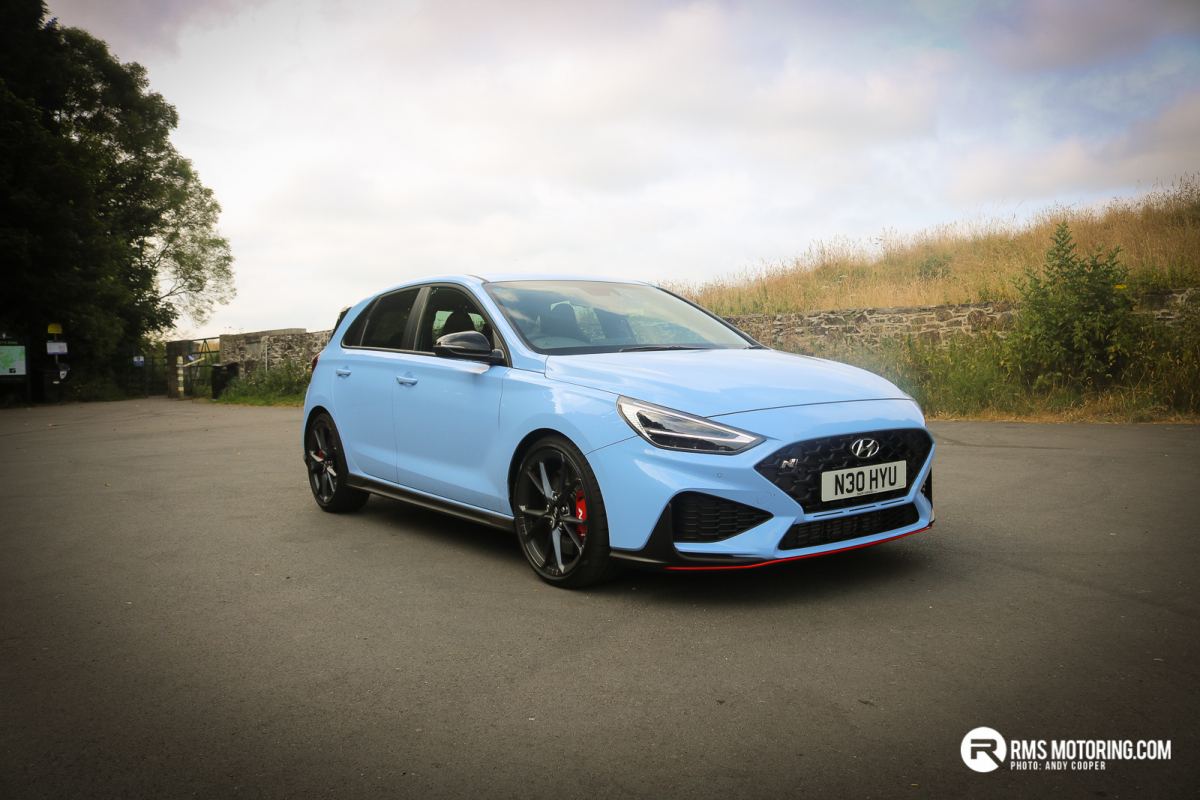 Our test car is in Performance blue, now synonymous with the N brand, and although styling is still fairly understated the new anthracite 19″ rims are a smart addition to the package.  However with the i30N its all about how it drives, and with the fast shifting DCT the 60 dash is despatched in well under 6 seconds, and of course quicker than the manual.

This is where great performance comes with a plethora of initially confusing but effective power control options.  First up, a steering wheel mounted button for N-Grin Shift or NGS.  This gives up to 20 seconds of max boost, sharpest throttle response and lowest gear.   Presumably for overtakes, and if you see the driveby shot in my video below you also get exhaust crackles on shifts.   Then there’s NPS, N Power Shift, which means no torque limiting between gears. 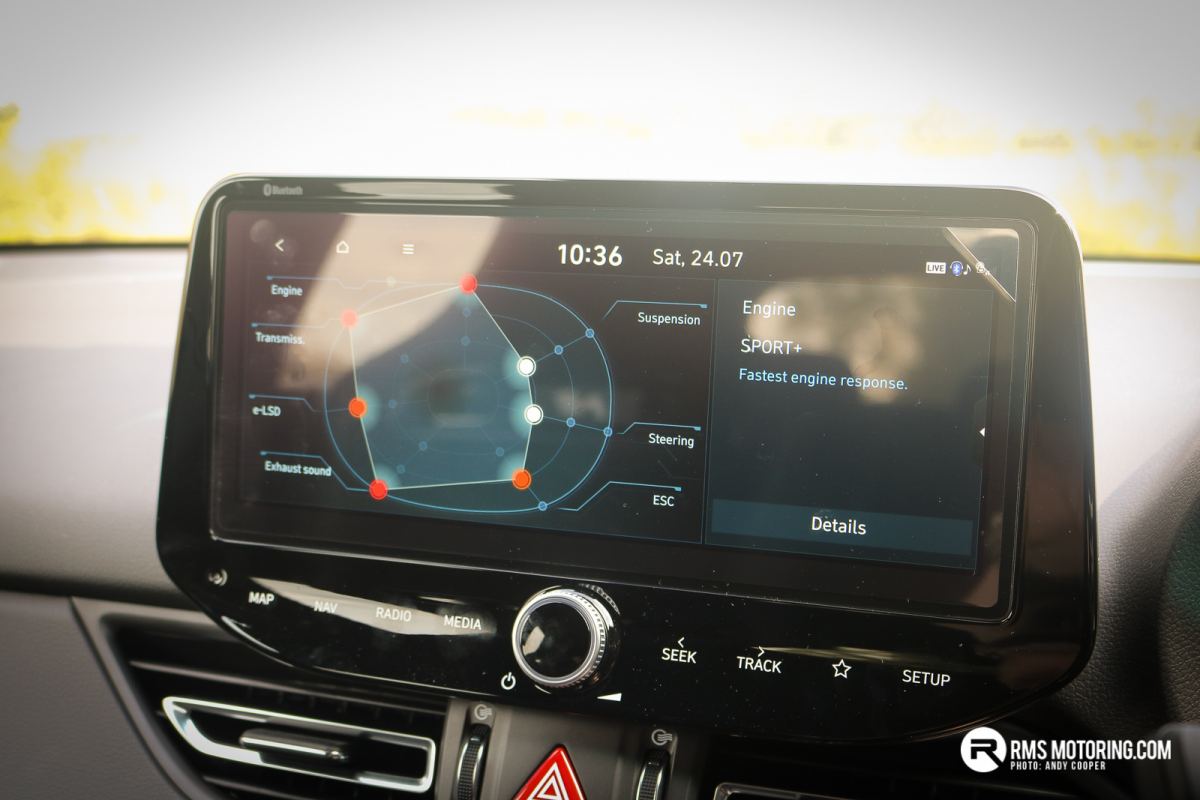 There’s a lot of fun to be had with these modes, but dive into the infotainment system above and there’s a whole world of configurability in this spider diagram along with the N modes that I would have needed the car for another week to review alone.  Several different levels of aggression of the front e-Diff for example.   No doubt configurations generate pages of forum discussions and great fun for an owner to try out.

The good news is the basic car is capable and well resolved, is that patience to get the right options will pay off in greater ability, rather than the configuration plastering over shortcomings. 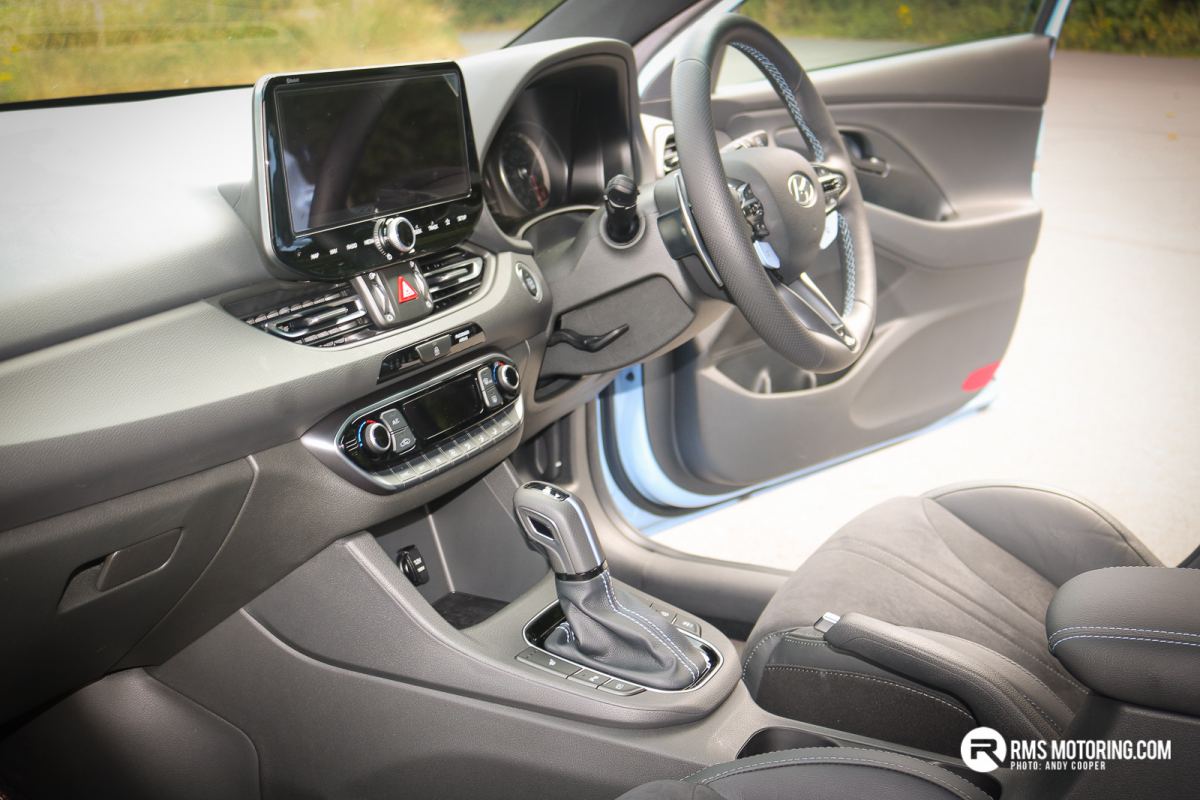 Inside and the part optional N bucket seats were supportive, and also added some drama to what is otherwise a straightforward and feature laden cabin.   A manual handbrake is a nice touch although as you can see dash and binnacle are plastic based with leather stitching few and far between.

Its immensely practical as is the car its based on, with both reasonable space for two adults in the rear and around 400 litres boot space, not to mention 60/40 split folding rear seats if you need to move bigger stuff fast. 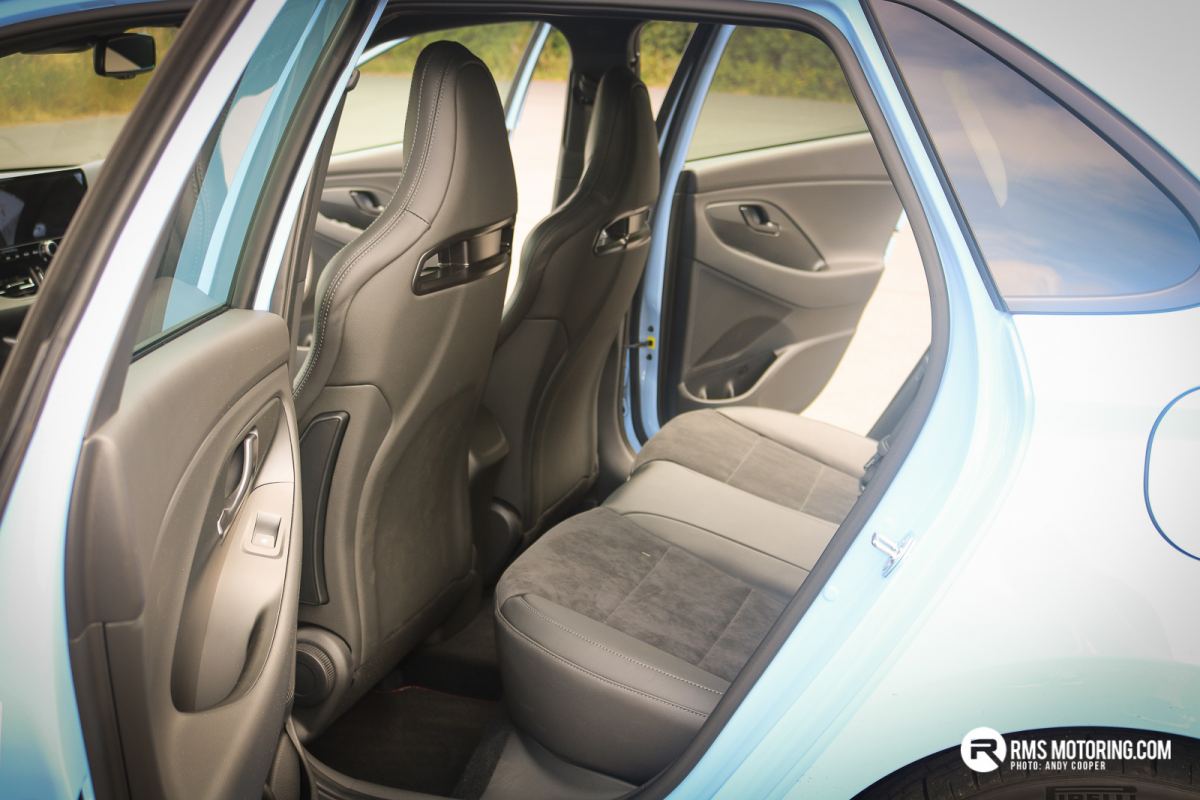 You’d be envious of those N-Sports seats sitting in the back though for sure!

Overall then, this is another carefully placed and well executed step for the i30N, with the addition of an auto only increasing the appeal of an already appealing hot hatchback.

Thanks to Daly Hyundai in Belfast for providing the car for road test.