After what seems like an eternity, we in the UK and Ireland are finally seeing the much lauded Tesla Model Y on our roads.   It’s the all electric SUV that brings the best of the Model 3, the practicality of a hatchback and convenience of a higher driving position together in one package.

On test is this dual motor, so all wheel drive Long Range model in Deep Blue metallic paint, with a real world range of over 300 miles, dog or child pram friendly hatchback and yours for a tenner under £55,000 (well in white, keep £1100 by for the colour).

The Tesla Model Y has been roaming the roads of the US since 2019, and thankfully its now widely available in right hand drive form.  Sharing the same platform as its older saloon sibling, the Model 3, there’s certainly similarities between the two cars, the Y being slightly heavier now tipping the scales at around 2 ton, as well as being considerably more spacious, longer and taller. 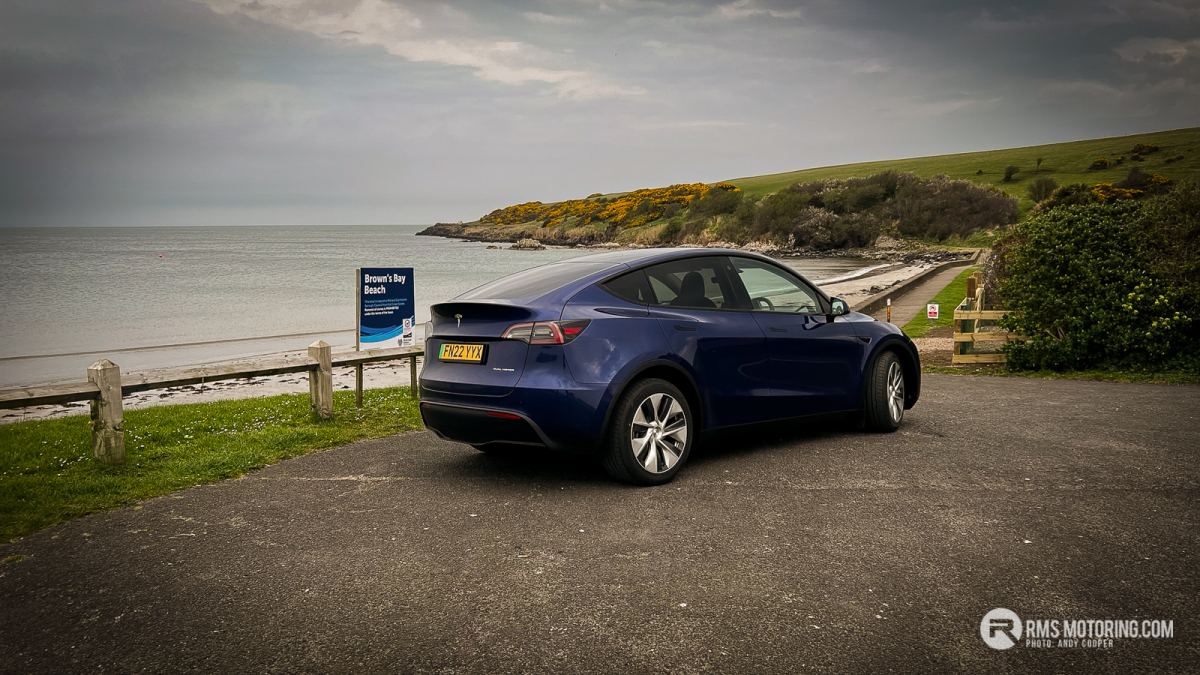 Styling is typical of Tesla, inoffensive and not particularly fashionable, unlike the brand itself which is very much en vogue, and it certainly won’t have you looking over your shoulder as you park it nor admiring your reflection in a shop window.   Differences from the 3 are subtle; matrix headlights, PPF on the rear doors, a new wheel trim design to cover the 19″ alloys which are wrapped in Hankook rubber.  That’s about it. 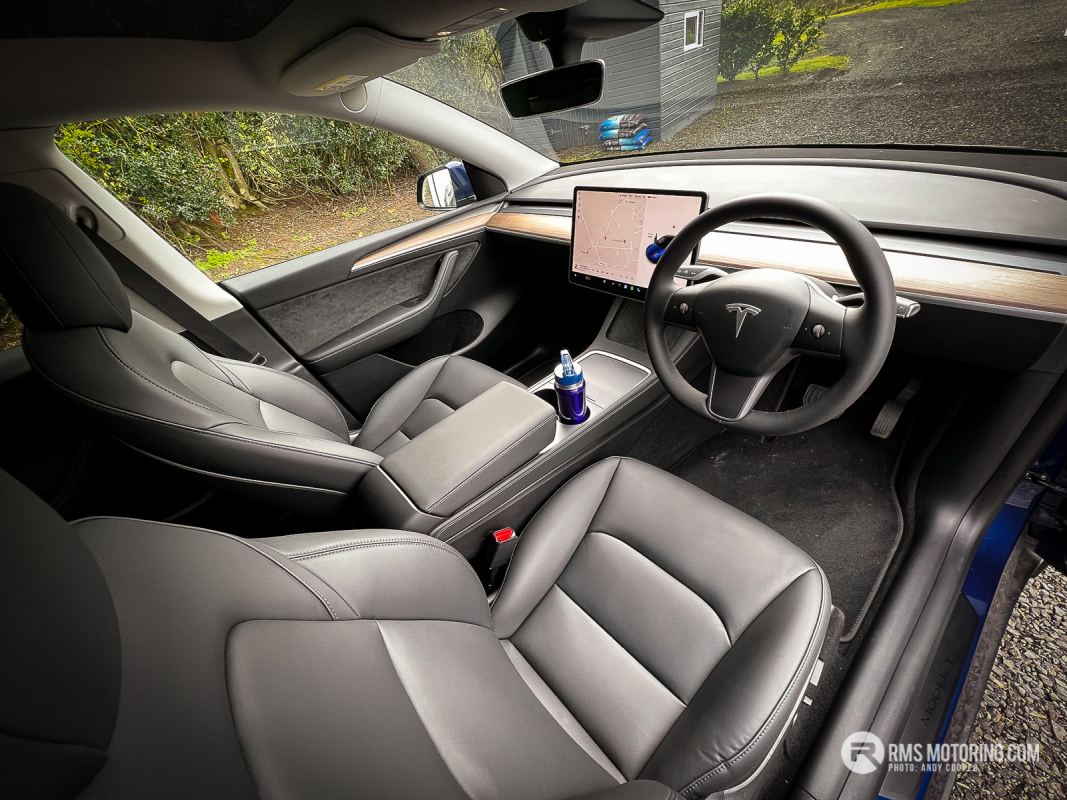 Inside is what it’s all about and where the packaging of the Model Y and how it seamlessly moulds into busy family life.  Up front is again business as usual, with the clean, wood clad, cliff edge aesthetic with minimal button count, which you will either love or hate.  The 15″ infotainment screen is of course as responsive and software as intuitive as ever, there’s wireless charging and numerous large storage areas in useful places.

The driving position is elevated compared to the Model 3, the glasshouse giving great forward and side visibility although rear view is poor with a tiny rear window rivalled only by my own GR Yaris. 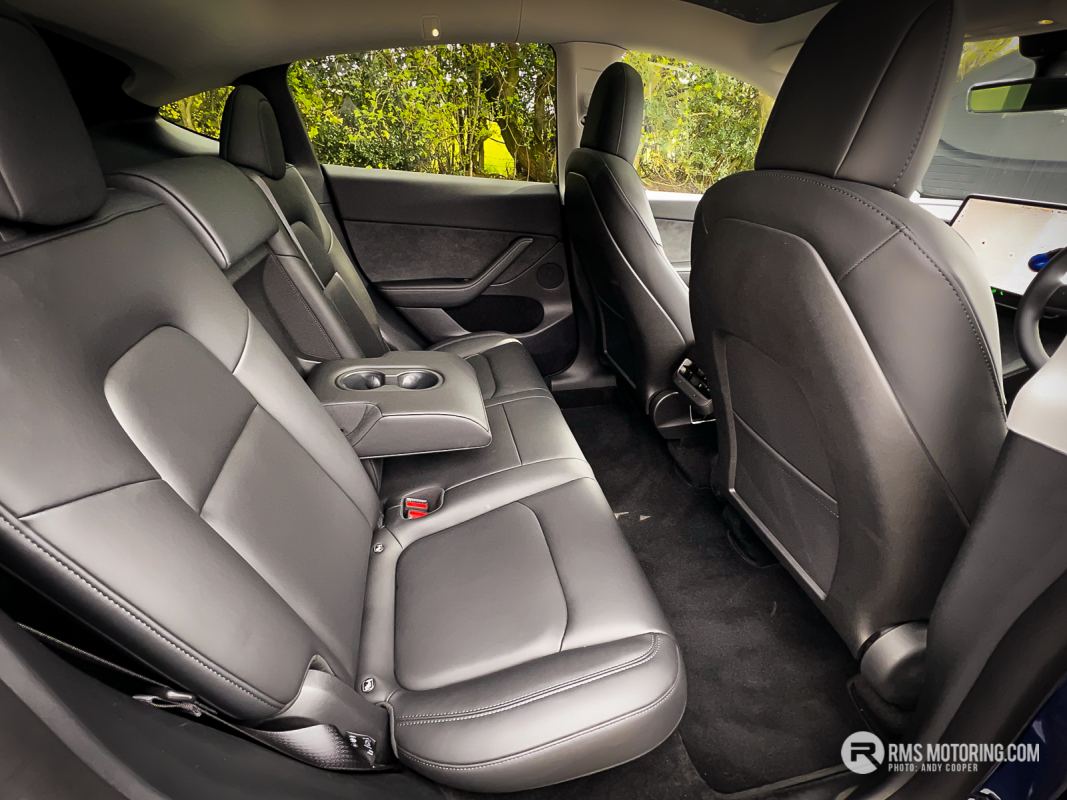 In the rear, and the combination of the flat floor, and the fact that you sit at a similar height to the front seats (no fuel tank to sit on) and of course with the panoramic roof means that legroom and rear comfort is unrivalled in this class. 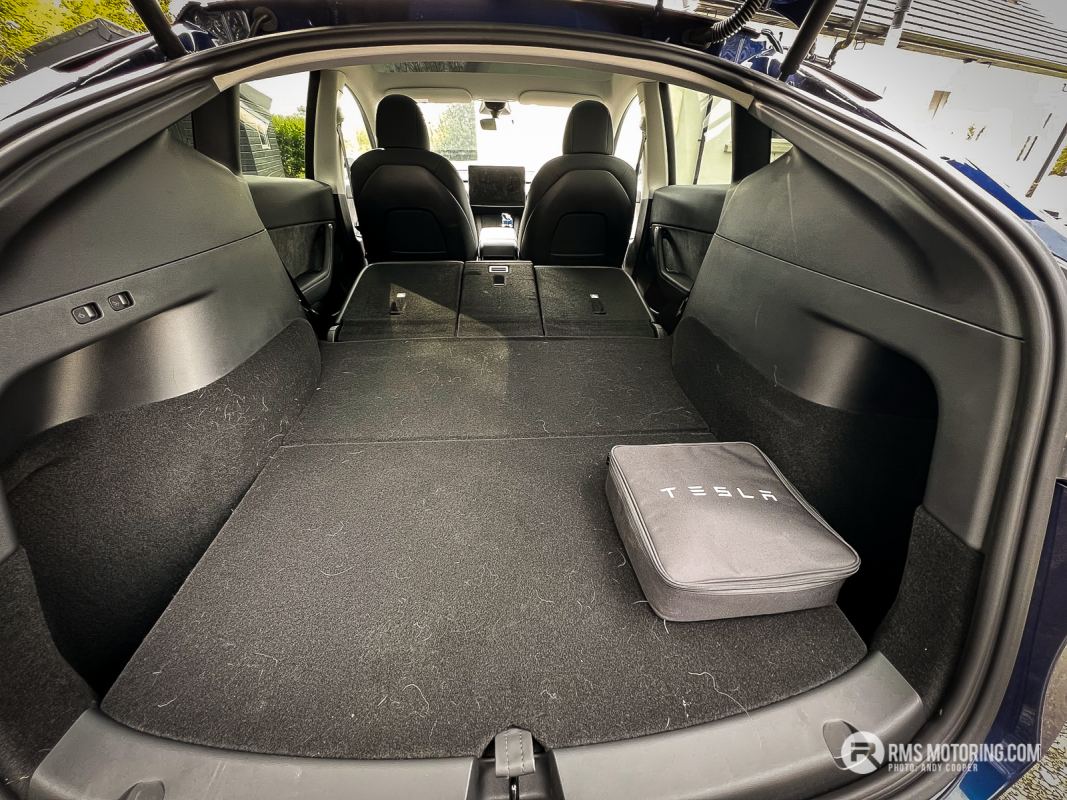 The boot load area is huge, over 800 litres with the back seats in place and around 2000 litres folded flat using the handy electronic release in the left hand panel.  The competition doesn’t know where to look; a VW ID4 doesn’t even have 550 litres for example.  Tesla have even marketed a camp mode so you could sleep in air conditioned comfort, fake log fire crackling on the screen.

Even underneath the boot floor there’s a substantial cubby you could probably fit a weeks shopping in.  And that’s before you use the frunk to keep the smell of your chinese away from Fido. 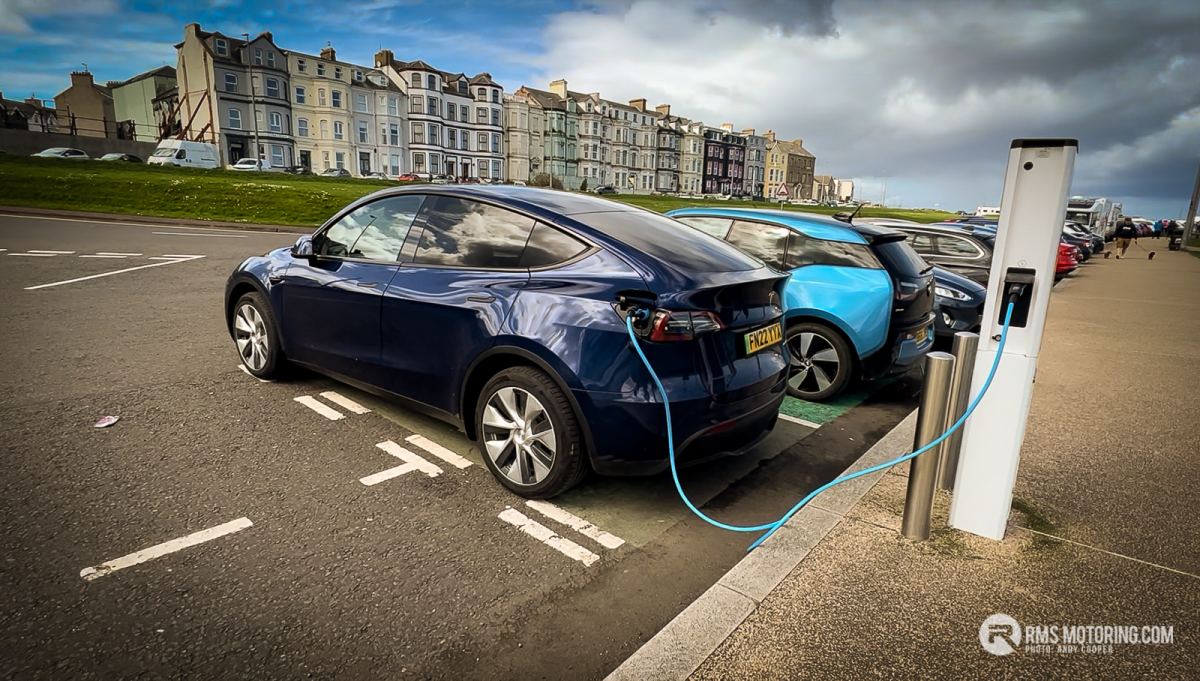 On the road, and the Model Y long range is potent.  You would certainly not feel short changed on performance over erm… the Performance.  The large cabin, coupled with the lack of parcel shelf (hence the heavily tinted rear privacy glass) likely contributes to what is a more noticeable level of road noise over the competition.  Tesla clearly know cabin noise is a key issue; the Model Y has double glazing.

More surprisingly is the jittery ride quality at lower speeds.  When taking it easy, the suspension never seems to settle in anything but smooth A and B roads, however when you need to make progress it comes somewhat more together in controlling the mass.  Here, Tesla could take a leaf out of BMW’s book, the i4 M50 EV I recently tested was considerably more composed carrying similar weight, its air spring in the rear no doubt part of its recipe.

On manoeuvring tight car parks and making U-turns I on occasion ran out of steering lock; the Model Y not having the tightest of turning circles. 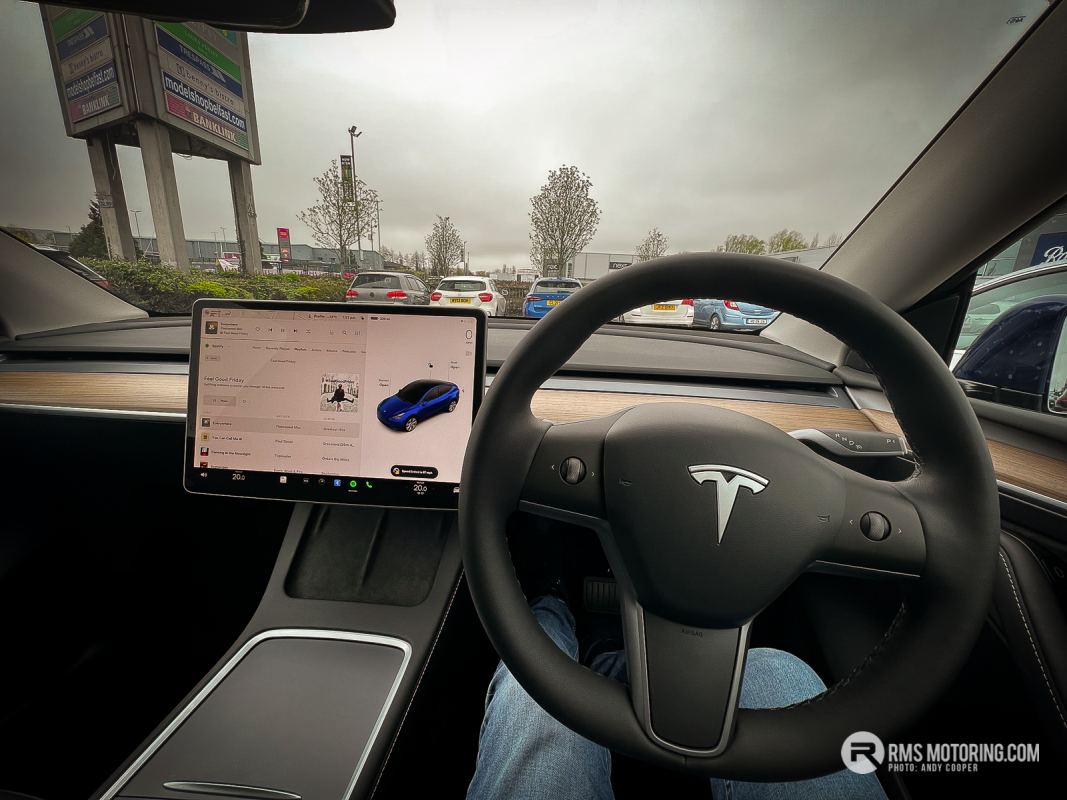 Battery efficiency, standard Tesla tech and ease of progress went a long way in countering these minor gripes.  That coupled with the packaging, potential of supercharging (which we sadly don’t have any of at time of print here in NI) leaves the Tesla yet again at the forefront of the EV landscape.

All the family car you’d ever need?  Just maybe.