You are at:Home»Sprint»Meet Sprint Champ Alan Cassells
By Graham Baalham-Curry on March 27, 2022
Tweet

Having been the only championship to run in 2020 it was apparent from the outset that this year’s S.W. Adair Tyres Northern Ireland Sprint Championship was set to be a high-octane fight for outright honours.

It didn’t disappoint either, as the fight went as far as the penultimate round, with Allan Cassells driving his OMS Turbo to the top of the rostrum and stamping his name on a trophy that he has been chasing for a few years, for the first time. 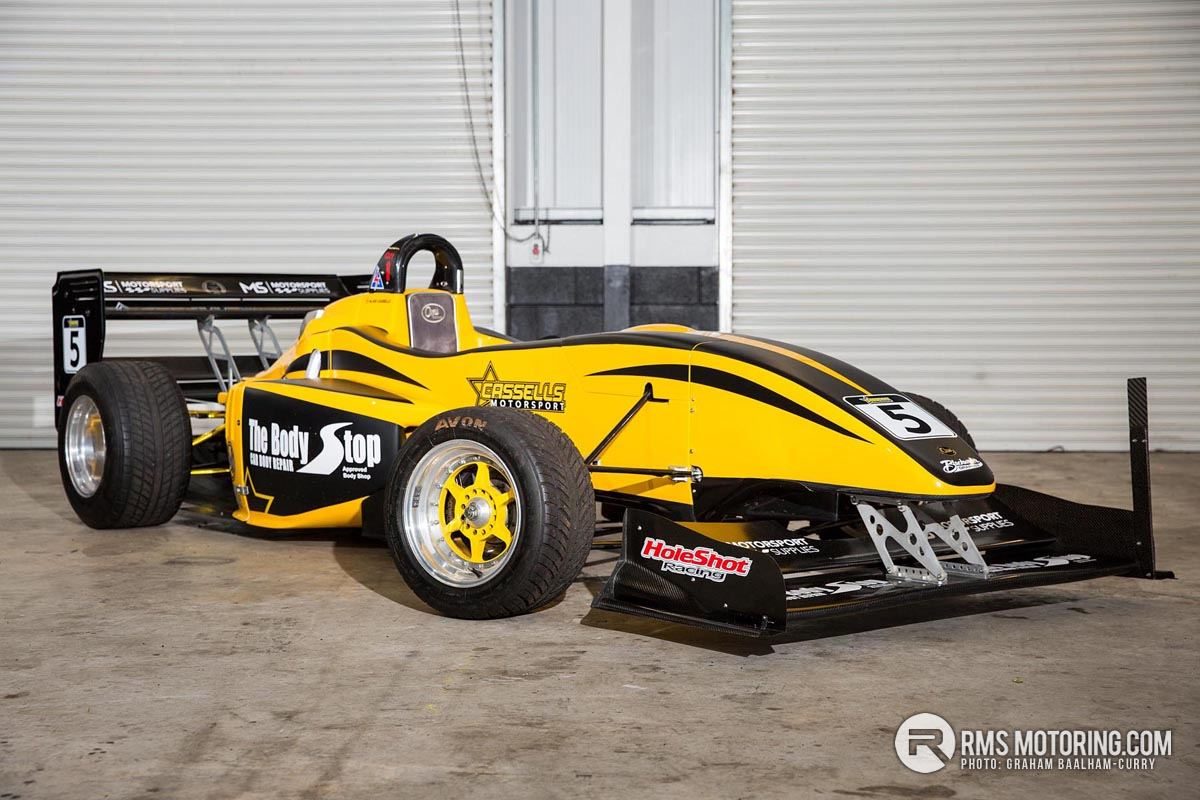 The 36-year-old Lurgan man took a commanding victory on this year’s series, winning five of the six rounds in just his second season with this turbocharged monster. He was pushed hard all season by no fewer than three notable drivers; Gerard O’Connell, Steven Gault and John Donnelly. All of them running in their Class 15 single-seater racing cars, and all of them were nipping at each other’s heels like a Jack Russell does with the Postman.

It was Cassells who pulled out all the stops though; despite mechanical niggles throughout, especially the second half of the season. Niggles that almost cost Alan the championship, and niggles that forced a DNF on the final round.

“I lost second gear on the penultimate round,” Alan explains,” It probably wouldn’t have mattered much had round five been on Kirkistown’s full circuit, but the fact we were using the tight, slow, and technical half-circuit, made things very difficult.” 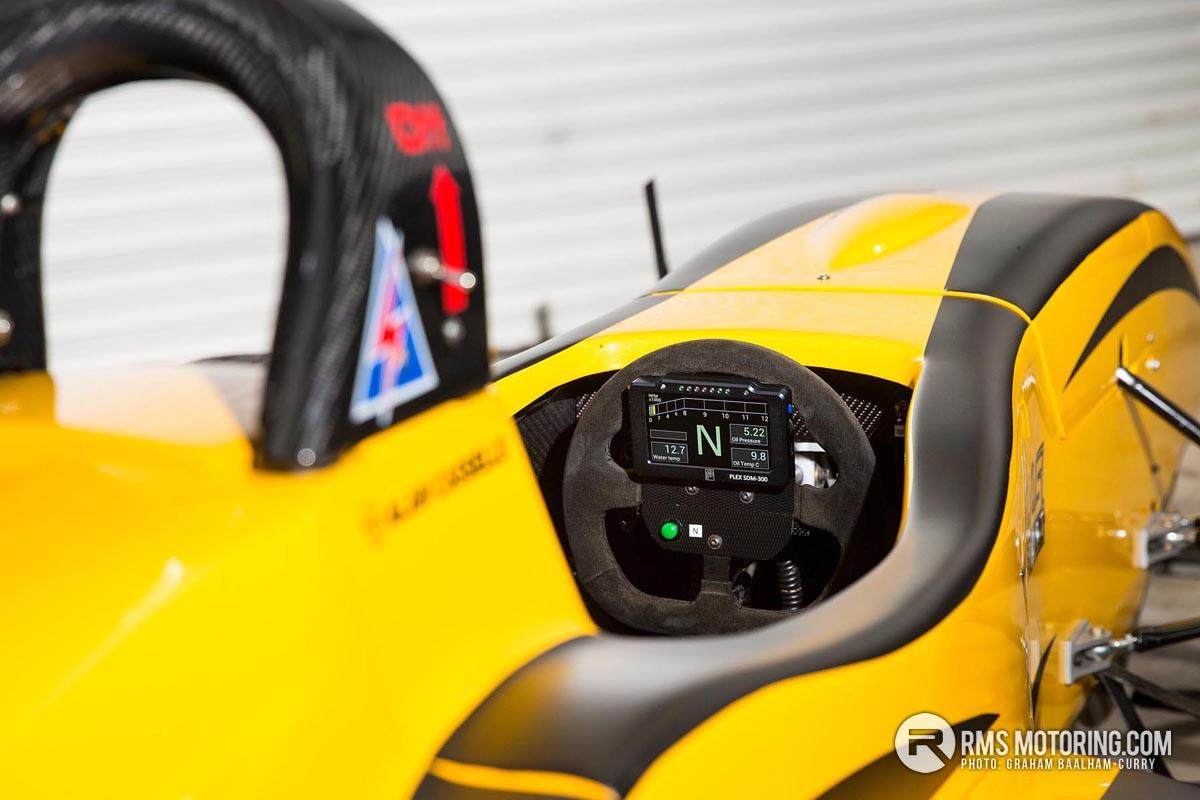 Coasting through the mid-section at clubhouse on this event required Alan to run full-boost to try and make up time around the bottom end of the circuit, should he find the balls. Not only finding them, but by setting them on the line allowed for a clean-sweep of results that handed Alan the win with one event in-hand.

Alan came to the final round for nothing more than the craic as it was his drop-score event, but sadly his season was over half-way through first practice.

Alan talked me through what the OMS turbo actually is, “The car was built in England by Steve Owen, of OMS Racing Cars back in 2011 and it was a car he used himself for a few seasons. Whenever we bought the car in 2019, it was running a 1.6-litre naturally aspirated Suzuki Hayabusa engine. 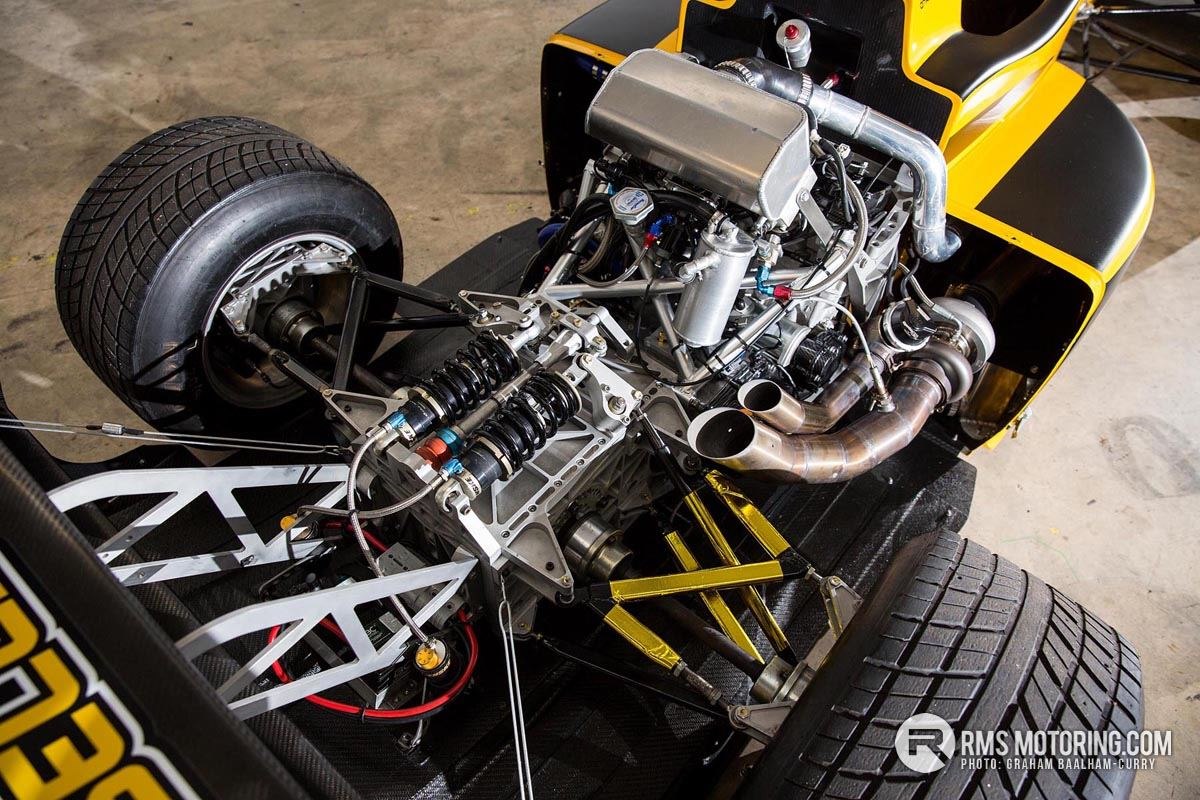 “On getting the car home, the first task was to remove this engine and replace it with a 1340cc Hayabusa power-plant,” explained Cassells. “The reasoning for this is that it is much safer and more reliable when a turbocharger is added, and boost was a major part of my plan. Along with geartronics paddle shift, the car is equipped with an externally waste-gated Zona turbocharger allowing it to run upwards of 550bhp.”

Managing to run the car without a dry sump or oil cooler kit means that weight is kept to an absolute minimum. With the car coming in at sub-400kg, the OMS Turbo is capable of at least 140 mph. After fitting new barge boards and sidepods to what was then a red car, Alan dropped all the panelling off to The Body Stop for a colour change, before it was taken to Blackwater Graphics for a fresh livery.

As the Northern Ireland Championship Coordinator, hillclimbing is where it is at for Alan. 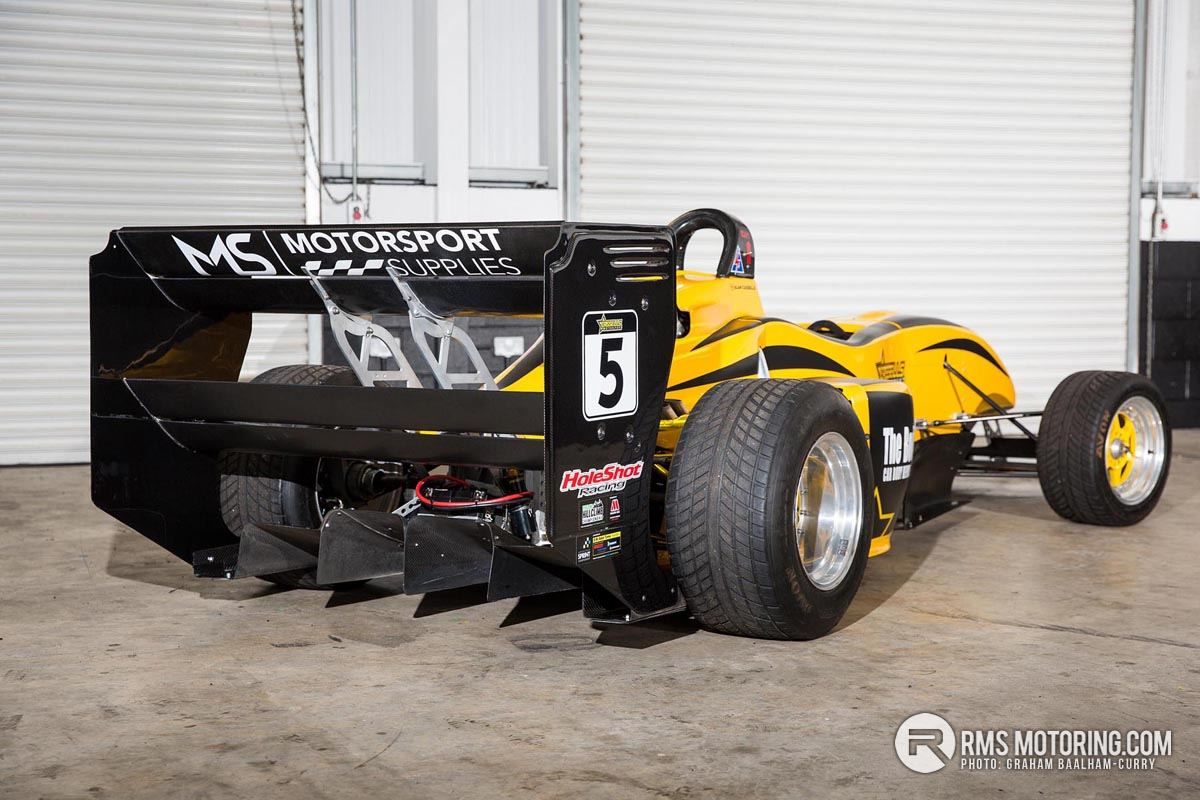 Last year’s Championship didn’t run however, and mechanical issues stopped Alan from having any sort of attack on this year’s series. All was not lost though as Alan was the fastest local driver on this year’s Caigantlet hillclimb, giving the County Armagh man some hope and encouragement for next season.

Focussing his attention to the other popular speed event, Sprinting, Cassells ended up finishing second overall on last year’s championship, which was essentially used as a shakedown for 2021. Alan’s eyes were firmly on the big prize this year.

On clinching the series for the first time in his Motorsports Supplies equipped car Alan commented, “To be honest, it’s hard to explain! I say it’s all in the car, and that I am just steering it round. It was the same with my Peugeot 106 that time that I won the modified championship. If the car is built and designed well, the results will come.”

It is safe to say that the results are in, but can Alan go and win not only the Sprint Championship, but also the Hillclimb Championship, next season?

Only time will tell if he can do the double…