When I got back from the Nurburgring a couple of months ago I started to feel like I needed a change. I could either hybrid turbo the S3 which would mean alot of upgrading or look for something else. The problem was anything that would have interested me before has now appreciated way over my budget and a realistic cost of doing a proper job hybrid turboing the S3 was getting harder to justify.

A couple of weeks ago I was in work and thought I'd do a quick Pistonheads search. The only search criteria I input was my budget and a 0-60 time under 6 seconds. A silver Supra appeared as the second result and even though I generally wouldn't be a big fan of silver cars I thought it looked fantastic. I posted about it on the classifieds thread here and @Boabybooster replied saying it belonged to @Modmedia. It originally looked like the car had sold, but the next day the sale fell through so I collected @DaddyC and we took a trip out to see it. I was surprised to find that it was pretty much as clean in person as it looked in the pics. It had been Waxoyled underneath and everything worked as it should, even the electric folding mirrors and electric drivers seat. I really couldn't fault it at all, and so I had to have it.

Now, the possible elephant in the room is that it's an auto. I've never had any interest in owning an auto before based on pretty much zero experience other than my head telling me that autos are bad and manuals are good. In fact I'd only driven an auto once before which was an old Mercedes S-class, so basically a leather armchair on floaty suspension. The Supra was a total surprise. It seems to be geared to always have enough torque available, and when I want to increase the pace it quickly kicks down a gear and revs to the redline. This was not what I expected in an auto, especially one from the 1990s! It probably suits 90% of my driving style. I've still to play with the manual setting but I'm quickly becoming an auto convert.

The car looks to be standard apart from a Blitz Nur Spec exhaust. I'd be keen to get it on a RR to find out what it is putting out. It also has an active aero system which is a fancy front splitter that supposedly pops down over a certain speed to increase downforce. It's also my first car that has electric folding mirrors which I can't believe exists on a 23 year old car!

I haven't many plans for the car at the moment other than keep it clean and dry. The better weather can't come soon enough! Externally the car will probably stay as it is. I'm tempted by wheel spacers but a big part of me wants to leave it be.

Inside the Japanese double din will go in to storage so I'm on the lookout for something newer with bluetooth, and replacement speakers are needed as one of the front door ones has blown. While I'm doing that I'd like to replace all the front components but the standard tweeters in the dash beneath the windscreen look to be a proper pain to get out. Anyone replaced them before?

I've decided to keep the S3 for now, but if it goes I'll probably use some of the funds from its sale to carry out a basic performance upgrade, and then put my plate on the Supra. 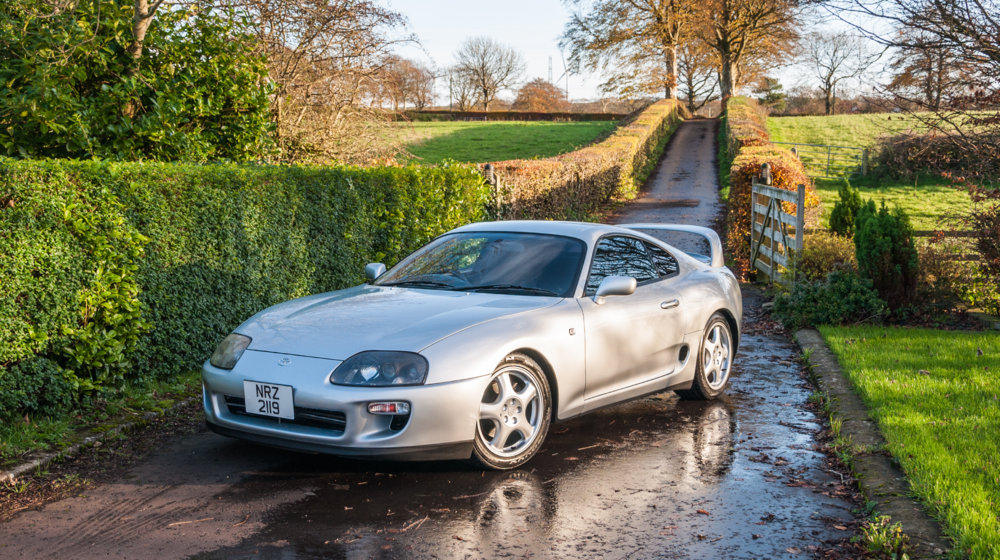 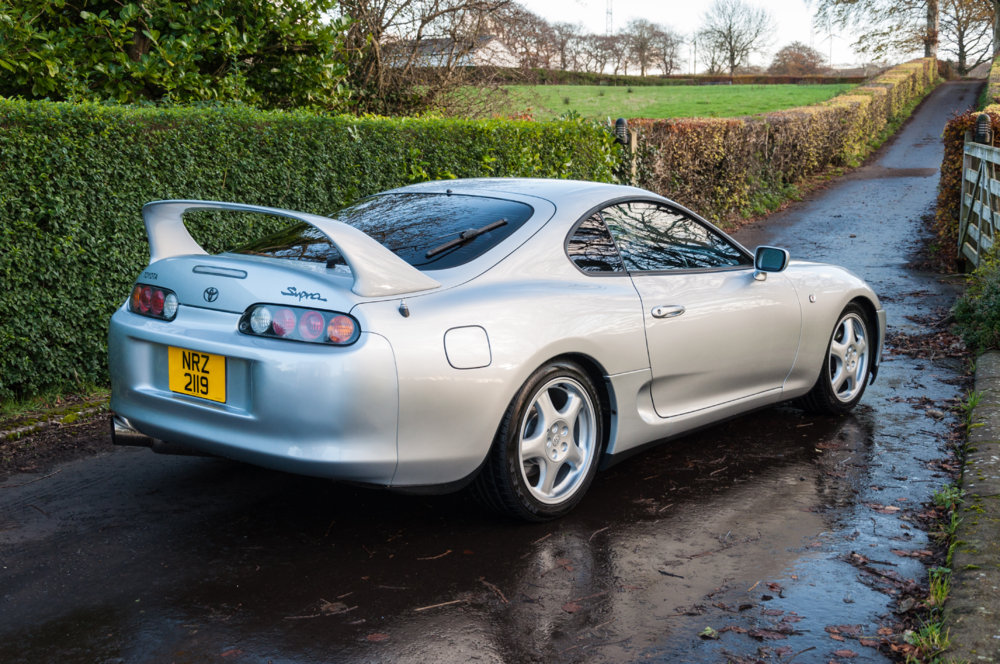 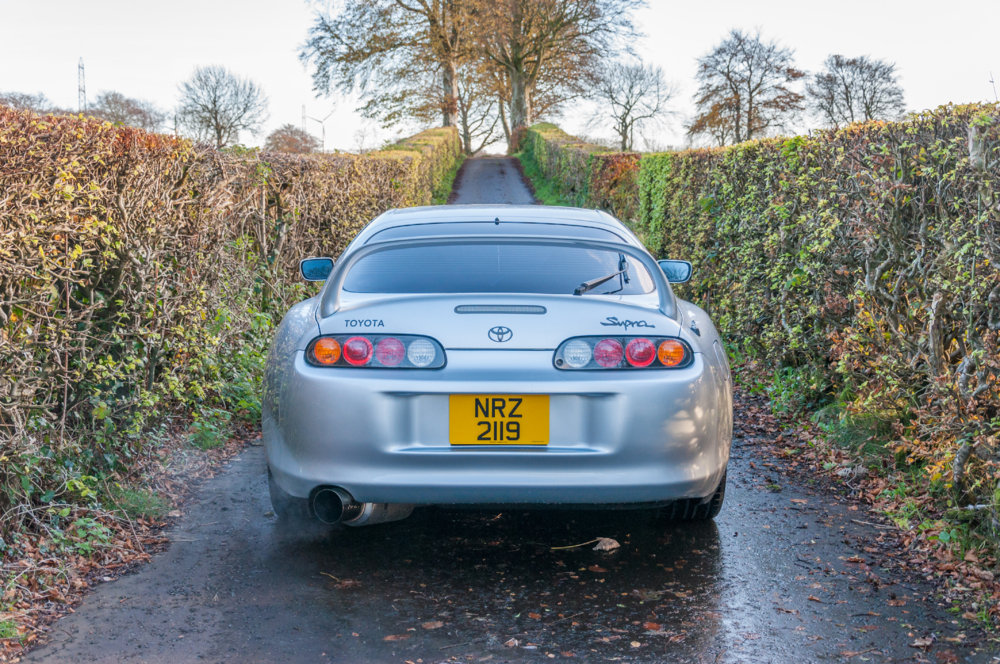 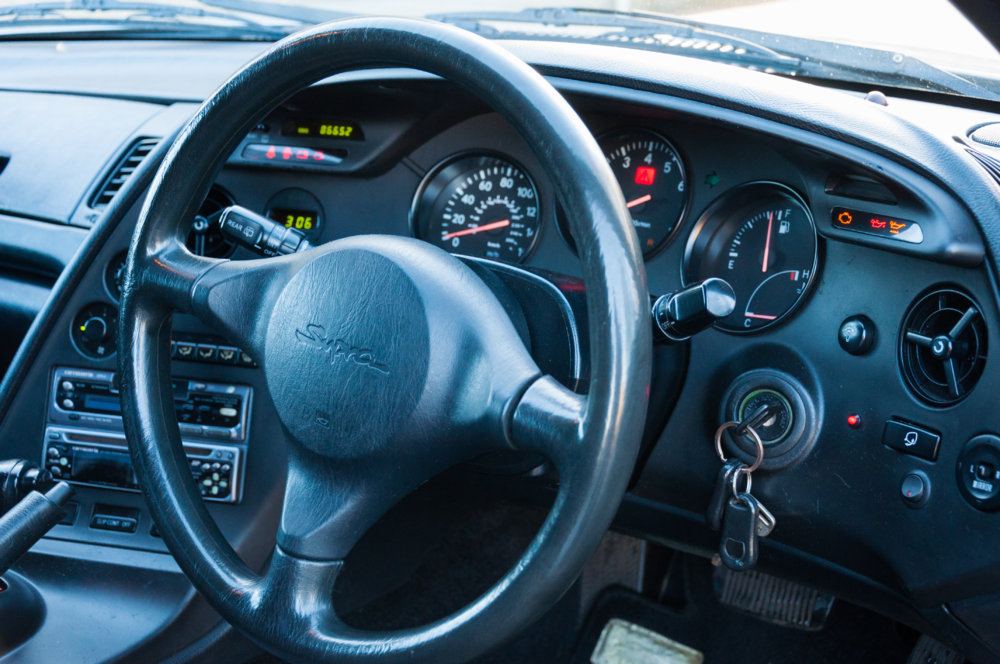 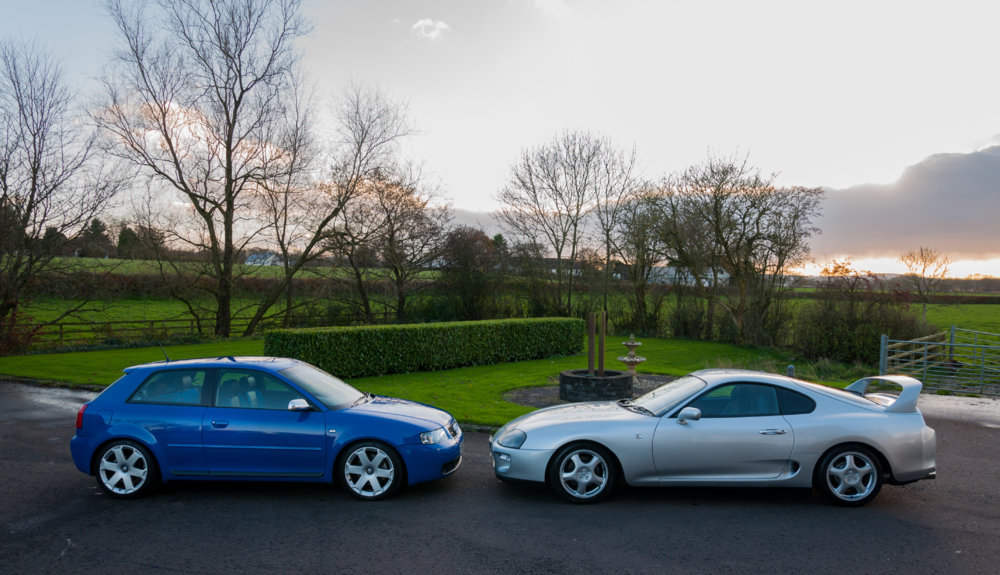 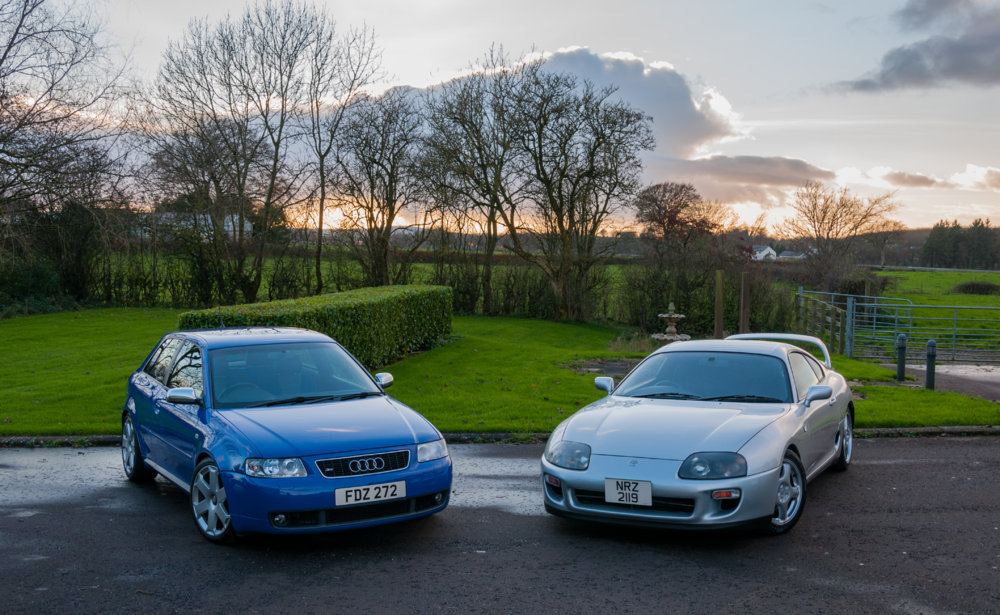 Location
Wherever I lay my hat...

Pretty much a dream car there for me and probably a lot of folk.

Yep a dream car and a damn safe investment IMO, would’ve had it myself only it was over my budget. Rule of thumb, if @Modmedia is selling a car, just buy it, it will be perfect

not a fan of silver cars either but that's beautiful, definitely on my bucket list. HTD

That is perfect. Sound investment. Health to drive.

Perfect. Good line up as well, Quattro for winter, supra for summer. Definitely don't fiddle with it not many around that haven't been messed with.

Thats a picture many a person would be happy hanging on their wall nevermind owning both!

Brilliant purchase was cracking price for what looks a very car

Two class cars right there, fair play. Only thing I'd change is the square plates on the supra.

Nice line up for sure! I would 100% space the wheels, they look lost at the rear then do nothing else maybe bar some mild tuning. Nothing mad!

Fantastic, Supras are such a cool place to be.

Health to drive, glad the supra is staying local

Thanks everyone. I'm really happy with it.

The plates are more than likely staying. Def the back one. It's got such a big @rse that I think the rear plate breaks it up a bit. Can't say I'm a big fan of the front one. It's growing on me but I don't think a standard shaped UK front plate would suit it either. Not sure what to do about that one.

Planning to get it up on a lift in the next couple of weeks to see how it looks underneath. Hopefully no surprises

Great purchase, have fun with it, great cars!

Was waiting on this thread!

Can't wait to follow the progress of it, definitely in good hands now! It really does take you to drive the Auto to appreciate how good it is! I assumed for years they were awful, how wrong can you be!

Looks great, the alloys really suit it, id agree spacers would have it sitting that bit better.

Modmedia said:
Was waiting on this thread!

Can't wait to follow the progress of it, definitely in good hands now! It really does take you to drive the Auto to appreciate how good it is! I assumed for years they were awful, how wrong can you be!
Click to expand...

Indeed. I've heard a few moans from friends when they see it's an auto, but to be fair I'd have done the same before driving this.

Good luck with it, mines only ever giving me bother due to modifications.

If you keep it stock it'll last forever. Saying that a fuel pump, decat pipes and fuel cut defender will see 380bhp and transforms the car.

health to drive and enjoy

And please no nasty body kits as the majority seem to ruin the looks of these cars!

acsmyth said:
Good luck with it, mines only ever giving me bother due to modifications.

If you keep it stock it'll last forever. Saying that a fuel pump, decat pipes and fuel cut defender will see 380bhp and transforms the car.

What bother are you having with yours?

health to drive and enjoy

And please no nasty body kits as the majority seem to ruin the looks of these cars!
Click to expand...

Thanks chum. No kits will be going near the car. I prefer them looking OEM