svensktoppen said:
Ah, ok. It's just that with the road miles I do in this car all over the UK I'd be worried about getting hassle with non-standard plates... The English and Welsh can be really fussy... I've been pulled over in England for the plates being "too dirty", lol...

Was thinking about that, and loose the "UK" part as well to make them cleaner. Worth a try as I need new plates anyway.
Click to expand...

Neil at Rockvale can make you up legal minimum sized plates, with the BS mark and postcode etc so shouldn't get any hassles. Takes PayPal and can post too

Got the rest of the setup done too. Those new hubs and carriers are fantastic. They leave the hub sitting higher, which leaves the wishbones and steering arms as near as damn it horizontal at these low ride heights - just 1.6 degree angle which is nothing. Much better than on the original hubs.

There is also more camber adjustment. Running very little camber at the moment as she mostly does roads, but was going to pull out 1mm of shims either side. But the bolts were stuck (too much/too strong locktite) so I'll leave that to Jonny, lol.

Final stop was bump steer. The goal there is to get the tie rod parallel to the wishbones to make sure they both move in synch on the same arc as the suspension loads up, keeping the toe constant. There are ball joint shims at the steering arm end to adjust this. When the new hubs went in I set this by eye as I was pressed for time, and guess what, it's bang on to the thou! I know this car waaaay to well

And then the same at the rear. But I haven't really changed anything at that end so all good.

So in the end the corner weighting was off but now sorted again, and the rest was bang on.

The difference it makes getting those corner weights and bump steer perfect on these light cars is unreal though! Went out round my local test track and it's absolutely night and day

Mind you, when I got back I took big Vera the sensible Volvo out to blow some cobwebs off as well, and even back to back with the Hondus that big bus can drive too! The way she drives round twisty bits is just sublime. Ohlins ftw, no over-engineered techno-magic trickery can beat proper suspension! It's the little things Got hold of some genuine Lotus centre wheel caps, look great there if I may say so myself! svensktoppen said:
It's the little things Got hold of some genuine Lotus centre wheel caps, look great there if I may say so myself!

The contrast of the yellow looks great in the wheels

First I’ve seen this thread but will definitely be reading all later. Looks fantastic too.

Looking at ohlins myself so you’d recommend,?

civicglacier said:
Looking at ohlins myself so you’d recommend,?
Click to expand...

I have Nitrons on this car and they're superb.

Have Ohlins on the Volvo and they're fantastic there.

Not much updates this summer... Between lockdown, and a bothersome ECU made harder to sort out, the poor thing has sat abandoned in the garage most of the time

Back in spring I did decide to finally replace the old knackered sill covers. How hard could it be, lol. Well, after a summer scraping glue with a razor blade I finally got there!

The passenger side was bad enough, but on the driver side some clutz had used a gallon of contact glue at some point in the distant past... Complete pita, lol.

Came out really well though, the new ones look great! Except I then realised I had made one tiny wee mistake when I put them on This is where I called it a day: And the new ones in: are they on the wrong sides?

I really shouldn't be trusted to do anything, lol

Just need to get hold of another batch of adhesives, the black double sided strips that are an absolute pita to remove, lol. And then do it all again

They do look superb though, the leather is really nice

That's the thing with mid engined cars , its easy to get confused between front and back

.
Great thread @svensktoppen nice to hear all the details of suspension setup , like you i bought one of those laser gauges for setting toe , it's v good and checked out against the strings lol.
Borrowed proper corner weight gauges to check the m3 prior to last trackskills day , but forgot to disconnect roll bars , so have to do that again, senior moment i think.

We're both getting old @jagged 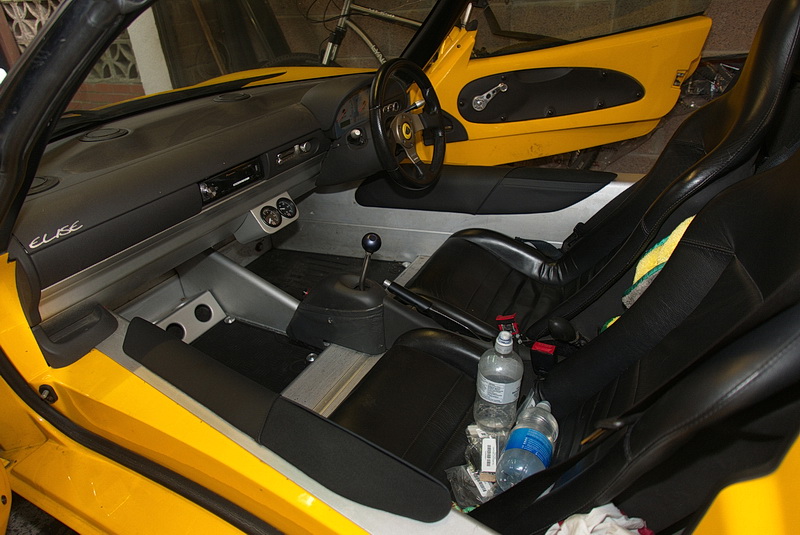 Looking very good, especially for a car that gets used properly.

seeing them on wrong and then right I really don’t know how you made the mistake, look far better

Because I'm a turnip

Hope you don't mind the thread bump Sir, but are you following this?

No, haven't seen that one, will have a look later.

There was another one on wheeler dealer or something like that.

Had a skim through the first three episodes there, couldn't find any more? He does take a long time to get to any point

That's nuts taking on that, lol.

More going on with that car. Says it's a 2000 car but it has the boot bag. And that was only used on the very earliest cars. Then the gearbox.

Don't get me started on the wheels...

Lovely colour though! One of the nicest.

The broken window winder is pretty much standard equipment

Spring has sprung Dusted off and out in the brilliant spring sun yesterday. Only takes a few minutes behind the wheel to remember why I love this car so much Back to woolen unders and down jacket and bobble hat today, lol, frig it's cold again all of a sudden

Last ECU is working, but VTEC still not quite kicking in. It's all working properly, no mechanical issue at all, just not kicking in most of the time. Have a new VTEC oil pressure switch to hopefully cure that, and also a new steering rack to cure worn inner tie rod ends. The inner ends are not available separately but you can get refurbished racks. The one on the car has been there since soon after I got the car so not a bad run all things considered. They are a straight bolt off-bolt on job, no servo or any other messy nastiness. Just a pita to line up the bolt holes lying upside down in the footwell with the rack on the other side of the bulk head, lol!

Hope you get it working 100% again soon and get to enjoy some great drives in this during the summer.

Thanks, so do I! Poor thing barely turned a wheel last year with lockdown and whatnot... She's not used to just hanging around locked up in the garage, lol

Up the M2, cross country over the Sperrins to Derry, and back round the north coast and Tor Head. What a day for it! Crazy busy up round the coast! But that was only to be expected I suppose on the first sunny weekend after the end of "stay at home". Connect the laptop to do some logging and everything works perfectly all day long.

Disconnect the USB and it's limp mode all day long.

So I plugged in a USB battery to the USB debug port, and hey presto, everything works perfectly all day long

Nothing wrong mechanically or electrically engine side; nothing wrong with the Honda part of the ECU. Something wrong between ECU and the K-Pro debugger then. So another ECU at some point.

But for now, it's PHEV and keep her lit