I just bought this from another forum member I asked for first dibs a while back after he showed me his mini-fleet. It mostly lived in his garage but under my ownership, I plan to get out and topless as much as possible, at least til the petrol pumps run dry or the petrol money stops getting credited to my account.
Plans are to fix a few niggles, maybe remove the boot spoiler and have fewer than the current 3 shades of yellow around the back end.
Firstly though, it's getting driven 400 miles from Bangor to Norfolk to be used as my daily as now I live only 6 miles from work. It will get longer trips at the weekend while I formulate the car's future state in my rather boring, old, balding head! 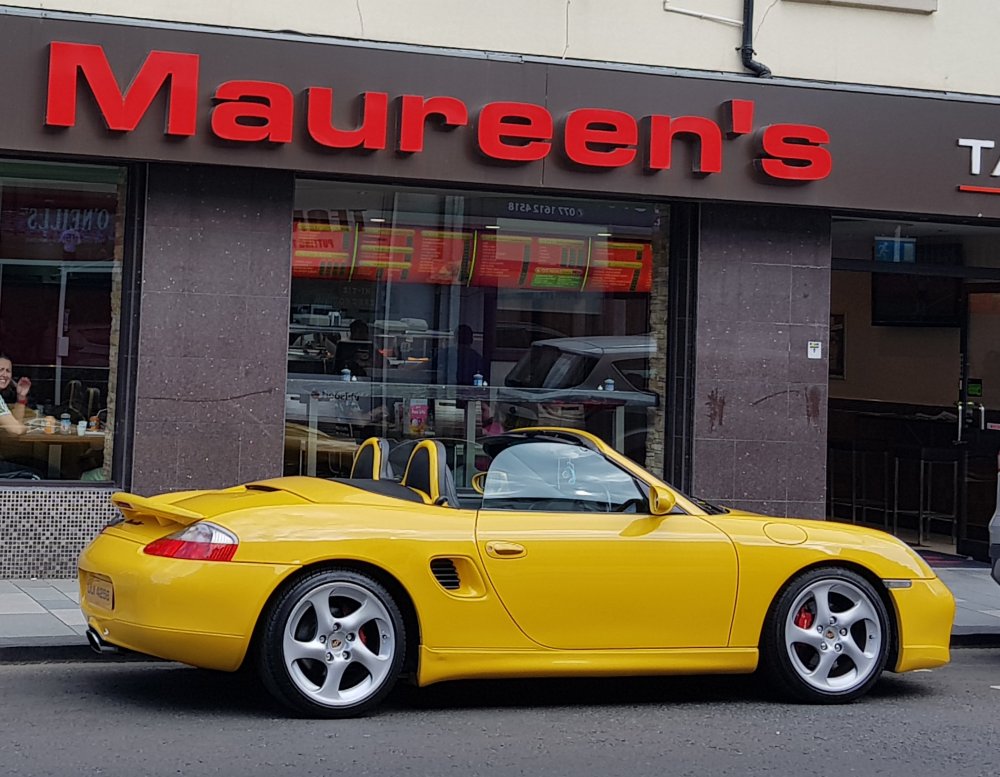 Sorry about the old, balding fat guy...... but aren't the seats fab. 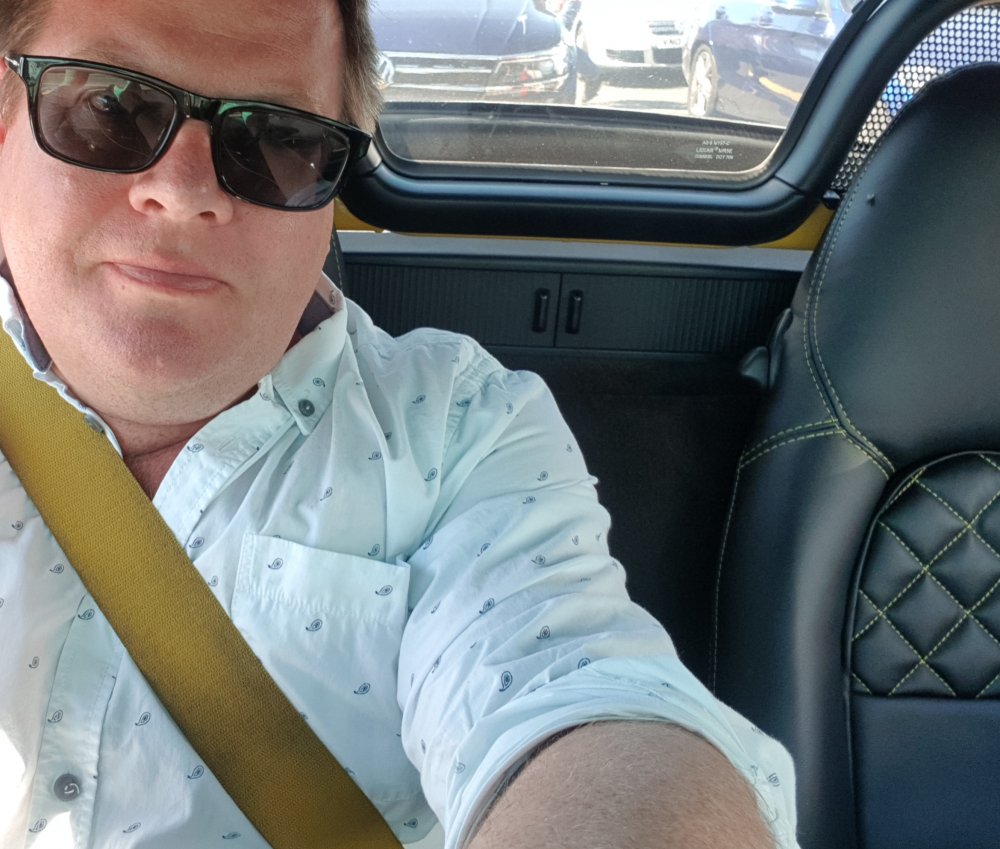 Absolutely love that, looks fantastic with the 4S/Turbo wheels.

That is absolutely stunning! Health to burn your scalp! Lol

Stunning, I assume that was Ollie’s.

Brilliant! And 100% on boot spoiler removal. Health to waft over to Norfolk.

Check you out Del!!!

Class Del that looks the part

Class Del. Health to enjoy her

@Cartunes great buy mate, always admired it when seeing it sitting in the town, lot of extras on it specially the kit , wheels are superb any interior pics?
i kind of like the spoiler but also like the clean lines without ,get onto boxa.net wealth of how too's also there are a lot of meets your neck of the woods HTD

A Boxster is on my to-do list. Part of the reason Iv the Merc for sale currently. That’s a great colour and nicely added to. I like it!

Like I told you the other day, I love it!

I’d nearly stick myself down for first dibs should you ever choose to part ways with it!

Big Pimp said:
Like I told you the other day, I love it!

I’d nearly stick myself down for first dibs should you ever choose to part ways with it!
Click to expand...

I dare say it will be up for grabs in a year or two...... I'm nearly too immobile for ingress and egress

Ghost said:
NO!!!! What about the Fastra?

Still got the Astra Gav, and the 205 Gti.... I dunno whether it's reached the other side of the lough, but a little bird tells me that it's not uncommon to have more than one automobile at a time..... crazy as that sounds.

How have I never seen this round Ballymena?! Lovely colour!

Gavlar said:
How have I never seen this round Ballymena?! Lovely colour!
Click to expand...

Cos Ollie and I both live in Bangor...... but not together. I visit me ma and bring her Maureens chips some Saturday nights.