Lockdown madness has a lot to answer for... The trusty S3 disappeared just at the start of it all. The V60 Polestar arrived as a replacement, easily the most surprising car I have ever come across. So ridiculously capable and just all out smiles and fun. But ultimately too large for me, so it was replaced recently with a smaller and more sensible "daily" Then two other bouts of madness happened, plus the ever present crazy madness that's wee Princess. So I decided to merge it all, and introduce the last member of the family at the same time. And yes, there is a Jap theme here. If you squint a bit, lol

Just brief introductions here. Starting off with Princess, who some of you may know. Possibly the best travelled S1 Elise and she loves it. She might have been made in a shed in Norfolk once upon a time but these days she has a Japanese heart in the boot. Next up Emma, a genuine bona-fide 850 T-5R. For the geeks they were made in limited numbers, in 1995 only, as a tribute to Volvo's spectacular and legendary entry into BTCC a year earlier. This one is a proper manual estate version. Like new inside and out, zero rust, all original panels just like she left the factory 25 years ago. Just a bit of paint fade when she arrived. No antique wardrobe on wheels has any right to go and sound like this, lol. The reaction on the road is usually "rofl!" followed by "wtf just happened?" And yes yes yes, ok, she was originally built in Belgium, but lived her life in Japan where I found her, and arrived here on a boat last year. She's been away to the paint shop of late and about to emerge from there soon. Can't wait 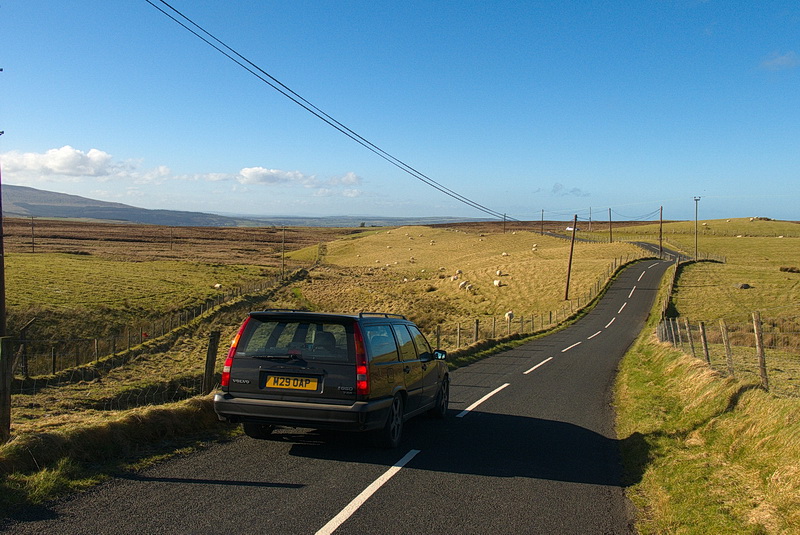 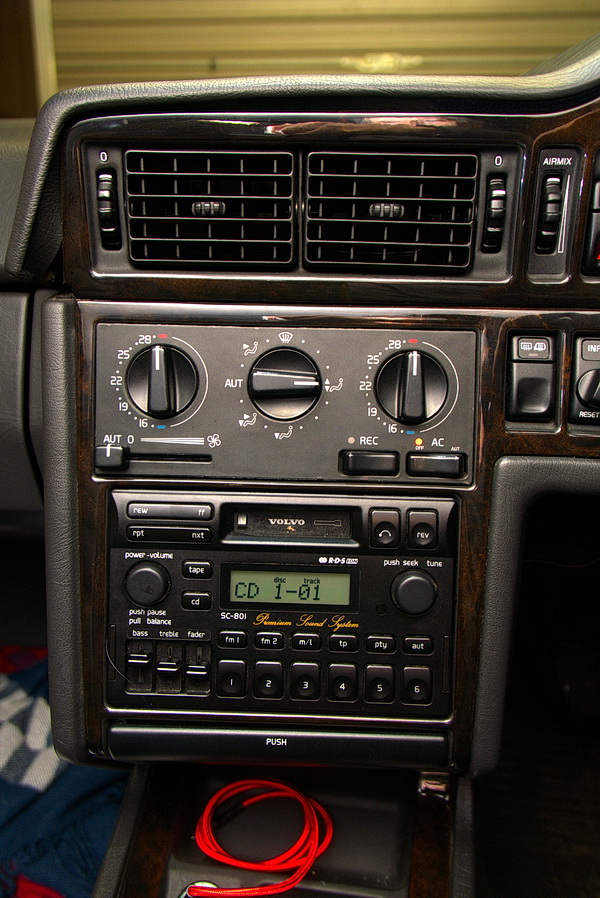 Then we have the new sensible daily - Red, the FK2 Civic R

The closest thing to a touring car for the road. As the geeks among you will know, they were made in limited numbers in 2015/16, exclusively for UK and Japan, as a tribute to the Honda BTCC success. And what a tribute it is! Spectacular down any road, compact enough to fit down country lanes. And yet with the standard exhaust she's a delight on long motorway journeys. Ok, the ride is perhaps just a touch on the firm side, lol, but away from bombed out and speed bumped city streets she's absolutely fine, the seats are superb, and she drives like nothing else. Just 37k when I picked her up from a Honda dealer a couple of weeks ago, and apart from the wheels needing attention at some point she's all good. 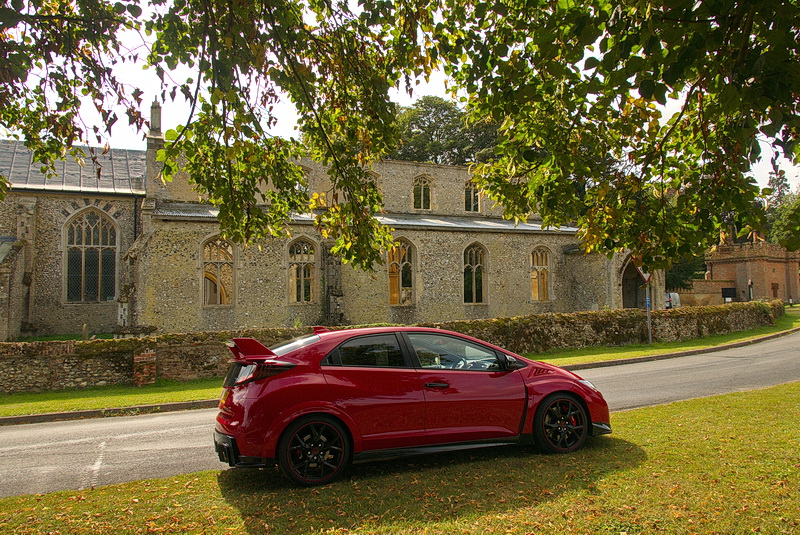 And finally, Mitsi, a genuine Evo 6 RS. Needs no introductions here I think. She arrived earlier this summer and has been slowly working her way through the usual recommissioning, MoT, registration, etc. Completely standard car, as she left the factory, bar the wheels and steering wheel. Again zero rust, everything original, everything working (not that there is a lot of stuff in these to start with

). And the rarest of things in an RS, she has aircon! She won't stay original, but not planning anything crazy either, just a nice reversible road spec. However, that's all for next year. Just legal and was on the road for the first time on Friday. Actually the first time driving her, not excited at all, and she didn't disappoint Previous Lotus thread (or the last incarnation of it, there are a couple before this one too, lol):

[Continuing from here: http://reallymeansounds.com/forum/threads/lotus-princess-updates-autolifers-feature-post-386.113826/ ] New chapter, new thread, onwards and up :) Donor car sorted, insurance done, all bits gathered, and @AIRFORCE1 at the ready to take it all on. What could possibly go...

Honey please don't be mad, lol! Spent over a year procrastinating over something sensible, with four doors, and a decent boot. Then ended up accidentally getting this on the way back from Christmas holidays. Well, two out of three ain't bad 🙃 :innocent: Brought her back from Stratford upon...

And the wee S3, in memoriam (also the last incarnation, there is more):

The Audi has been pressed into gardening duty and ferrying visitors around over the summer, poor thing, and was in need of some love and attention. Had Pete over to sort out a few stone chips and stuff - this is the result after him spending a Saturday afternoon with the angle grinder doing...

Did I meet you today in the Civic? Somewhere on the Portaferry road?

Volvo pic is my daily dog walking spot. Love it.

Covered for all eventualities with that collection.

DC. said:
Did I meet you today in the Civic? Somewhere on the Portaferry road?
Click to expand...

I hope not! She's locked away for the week while I give Mitsi a good scrub, lol.

Evo is a nice surprise given youd teased with the type r test drive before!


svensktoppen said:
As the geeks among you will know, they were made in limited numbers in 2015/16, exclusively for UK and Japan, as a tribute to the Honda BTCC success
Click to expand...

Are you sure? Pretty sure I seen them in lhd variant, in France tho given I cant be certain it was lhd just remember it as it was the met grey colour and I thought it looked brilliant

Damn what a line up!

Need to see more photos of the red one! Was wondering when it was going to get posted.
One hell of a line up!!

Gambit said:
Are you sure? Pretty sure I seen them in lhd variant, in France tho given I cant be certain it was lhd just remember it as it was the met grey colour and I thought it looked brilliant
Click to expand...

FK2, yes, pretty sure. Made in Swindon for UK, a few thousand in total, all numbered as well. A few hundred were exported back to Japan. Doesn't mean somebody didn't import some elsewhere though.

The FN2 was sold much more widely.

Edit: There were some sold in Europe, mostly Germany and a few here and there elsewhere. But most went to UK and Japan. There were only a few thousand in total.

There was the black edition near the end of production, that was UK only.
Last edited: 3 Oct 2021

Evo VI for me. One of the most communicative cars I have ever driven and the RS is the most desirable...

Was over in London at the weekend to see a good friend, was showing him your travels to NC500, we made a decision to do it in the skyline in May bank holiday weekend!

Great line up I’ve flicked through the lotus thread before it’s too long to read all of it.

I was sad to see you were getting rid of the polestar but the tyre r is nice too.

I think you should put this ref on the lotus What a collection, must be hard to choose what to drive lol!

ossy2004 said:
Was over in London at the weekend to see a good friend, was showing him your travels to NC500, we made a decision to do it in the skyline in May bank holiday weekend!

No bother, and yes, absolutely do it! Been going up there since long before they made it "a thing". It's mostly quiet still, but some bits can get very busy now in season.

May will be a perfect time to go, best time in Scotland I think.

Great collection, I love the reg on the Volvo.

Jonny has so much to answer for lol

Lol, wild man. Gets a Civic, then just casually goes and gets an Evo VI RS too

. Did not see that coming!

Unreal collection! Was storage not 1 of the reasons for getting rid of the S3?! I do envy your man maths calculator.

It was indeed @Lyons, lol, lockdown has a lot to answer for Luckily I had forgotten to cancel my AA membership and still had full home relay cover. They got me in a taxi all the way up to Cambridge where I happened to have the Honda. See, there is a perfectly sound logic to having a few cars - one of them might actually be working at any given time

Ten days later she turned up last night. Whatever it turns out to be will be repairable, but not with a 10mm spanner in the driveway this time. No big deal, end of season anyway. Just her way of saying she had had enough, lol.

So tucked up and having a rest for now. In the meantime Mitsi has been getting a good bath inside and out. Scrubs up like new. Don't know about anyone else but I've never seen an Evo as unmolested as this. Certainly not an RS. Wheels and steering wheel, that's it. Everything else as she left the factory over twenty years ago. She's a peach. Even those nice seats, lol.